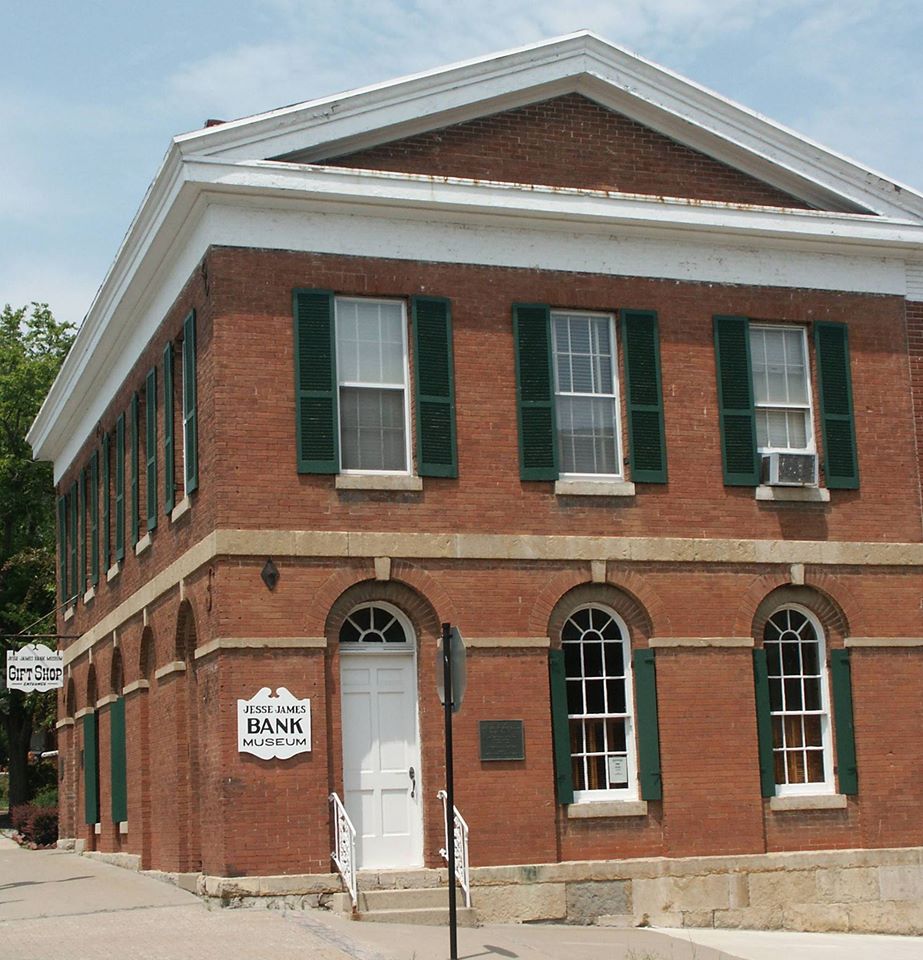 The Jesse James Bank Museum was the site of the first successful daylight bank robbery in US peacetime, which was also the first bank robbery attributed to the notorious Jesse James Gang. On a cold, calm February afternoon in 1866, about a dozen gunmen rode into Liberty and robbed the bank of over $60,000. The bandits were never caught, and their identity was never absolutely proven, but the consensus among historians is that Jesse James almost certainly had a hand in the planning of the robbery, and members of his gang are credited with implementing it. The bank has been converted into a museum that appears as it did on the day the robbery was committed.

This site is built upon the location of the Liberty Jail, where the Latter-Day Saint church's early leader Joseph Smith was held along with five of his followers between 1838 and 1839. The imprisonment of Smith was a precursor to his martyrdom at the hands of an anti-Mormon assassin in 1844. Smith and other LDS church members had been accused of treason against the United States, a charge that reflects the tensions between church members and local residents in this section of Missouri rather than an actual plot to overthrow the US government. Some of the teachings of the LDS church, as well as the sudden arrival of many LDS members, led to tensions with other residents and church leaders in Missouri and several other states which prompted church leaders to migrate to Utah between 1846 and 1868.

The Miller Building is one of the oldest buildings on its block. Built in 1868 in the commercial style with some Victorian influence, it housed several commercial businesses including clothing stores, a hardware store, and a grocery store. It was used for a couple of non-commercial purposes such as the office for the editor of The Liberty Tribune as well as a meeting place for the Masonic Lodge. Currently, the building is used as an antique store and for residential purposes.