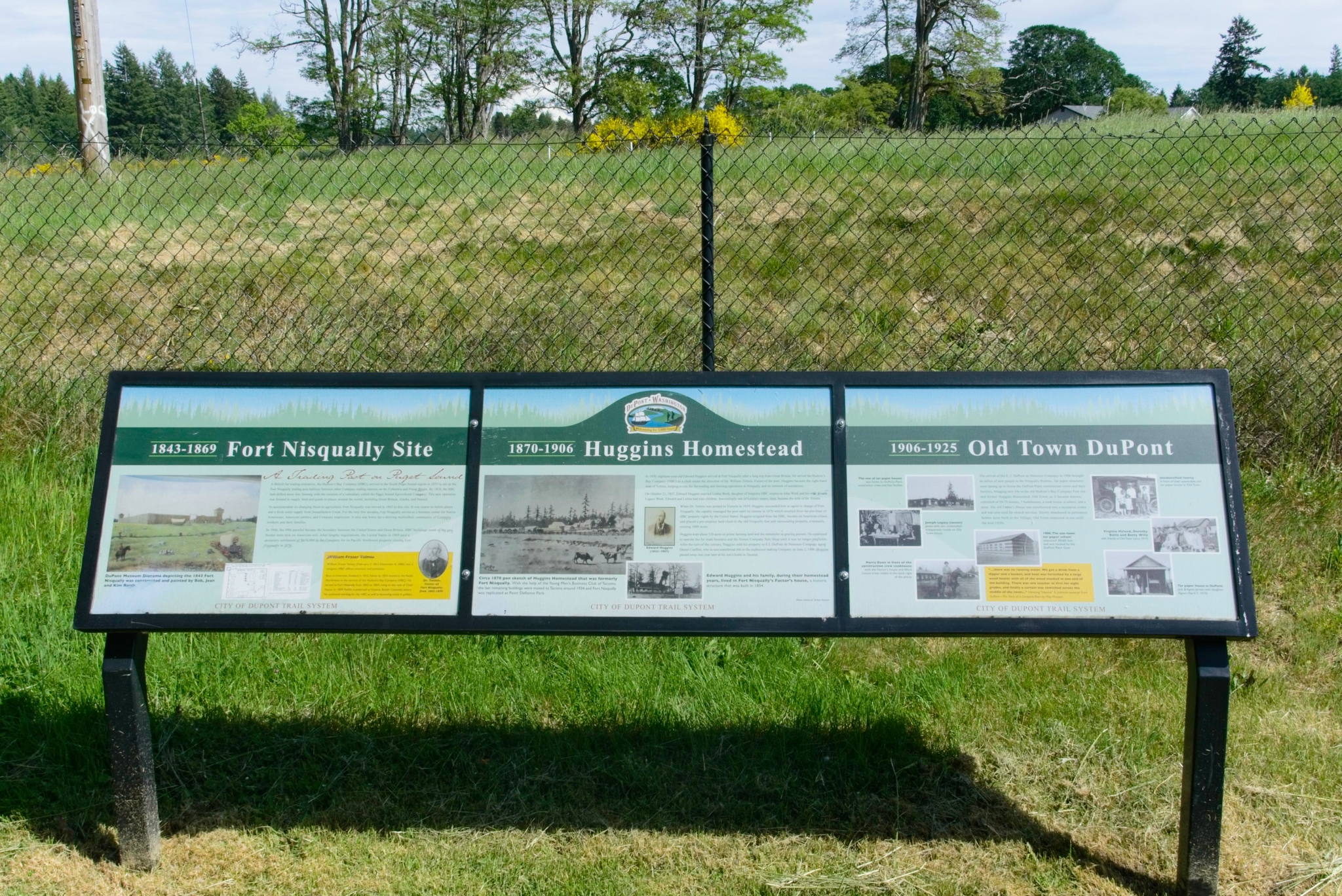 The 1833 Fort Nisqually site could not fit the growing demands of the HBC and PSAC employees and was half a mile from freshwater. In 1843, a new larger Fort Nisqually was built a mile in land where it was closer to the Sequalitchew Creek. PSAC developed a farm on the north side of the creek and utilized part of the Edmond's Marsh land by digging ditches to drain the water.

In 1846, the Oregon treaty was signed giving the United States the land south of the 49th parallel and placed the fort on American soil. Negotiations lasted for many years when in 1869 the U.S. government paid the company $650,000 for the properties in the Pacific Northwest.

Dr. William F. Tolmie was the chief factor for the new fort site until 1859 when he transferred to Victoria, B.C. His successor was Edward Huggins who ran the fort until its closure. Edward Huggins became a U.S. citizen and laid claim to the Fort Nisqually property ending up with around a thousand acres. He used the land as a farm and maintained a trading post until it became unprofitable. In 1906 he sold the land to the DuPont Company.

In 1934 the Tacoma Young Mens Club, received permission from the DuPont Company to move the Factor's House and old Granary building to Point Defiance where a replica Fort Nisqually was built.