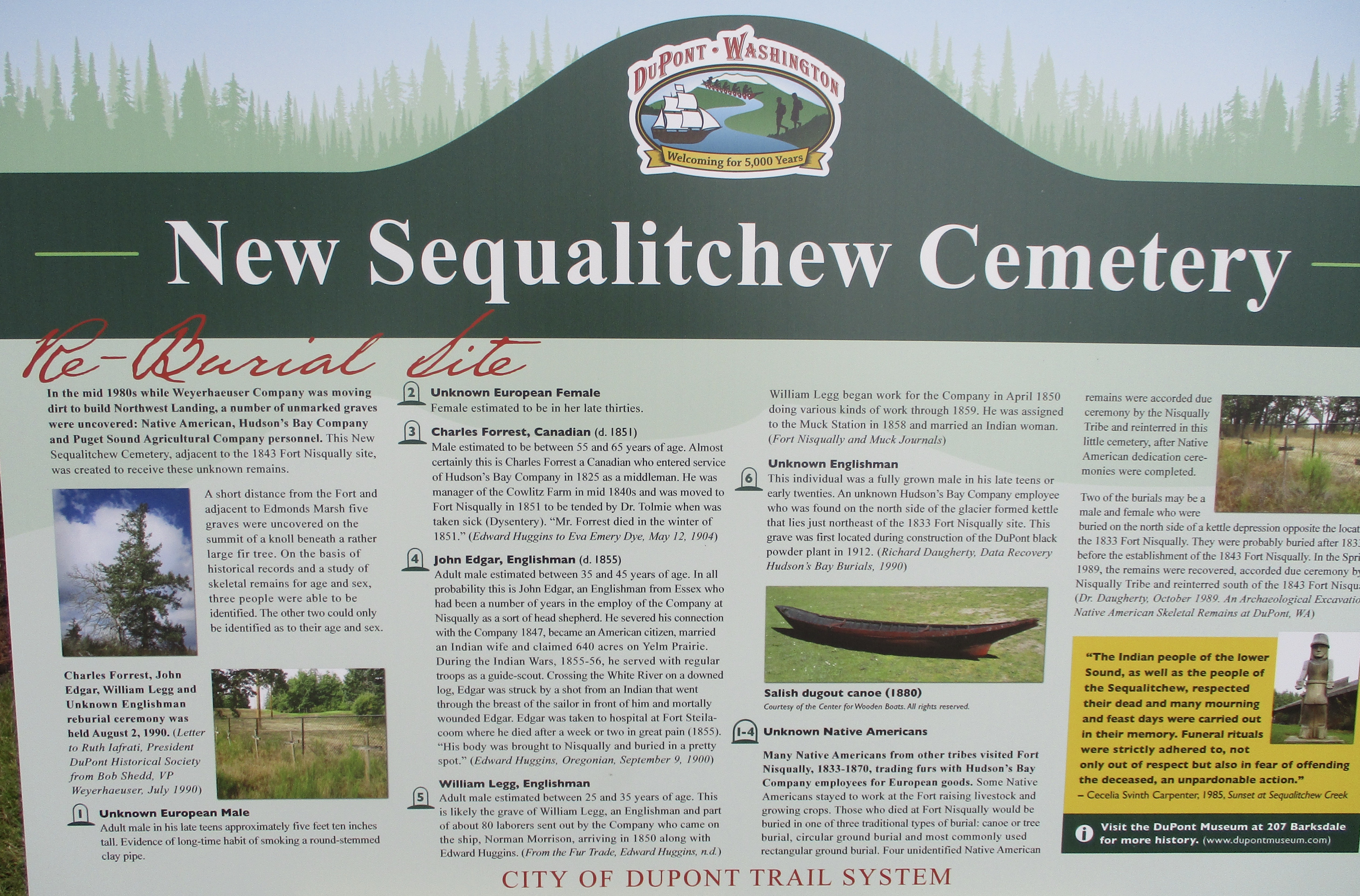 Many Native Americans from other tribes visited Fort Nisqually, 1833-1870, trading furs with Hudson's Bay Company employees for European goods. Four unknown Native American graves were uncovered and their remains were accorded due ceremony by the Nisqually Tribe and interred in this little cemetery.