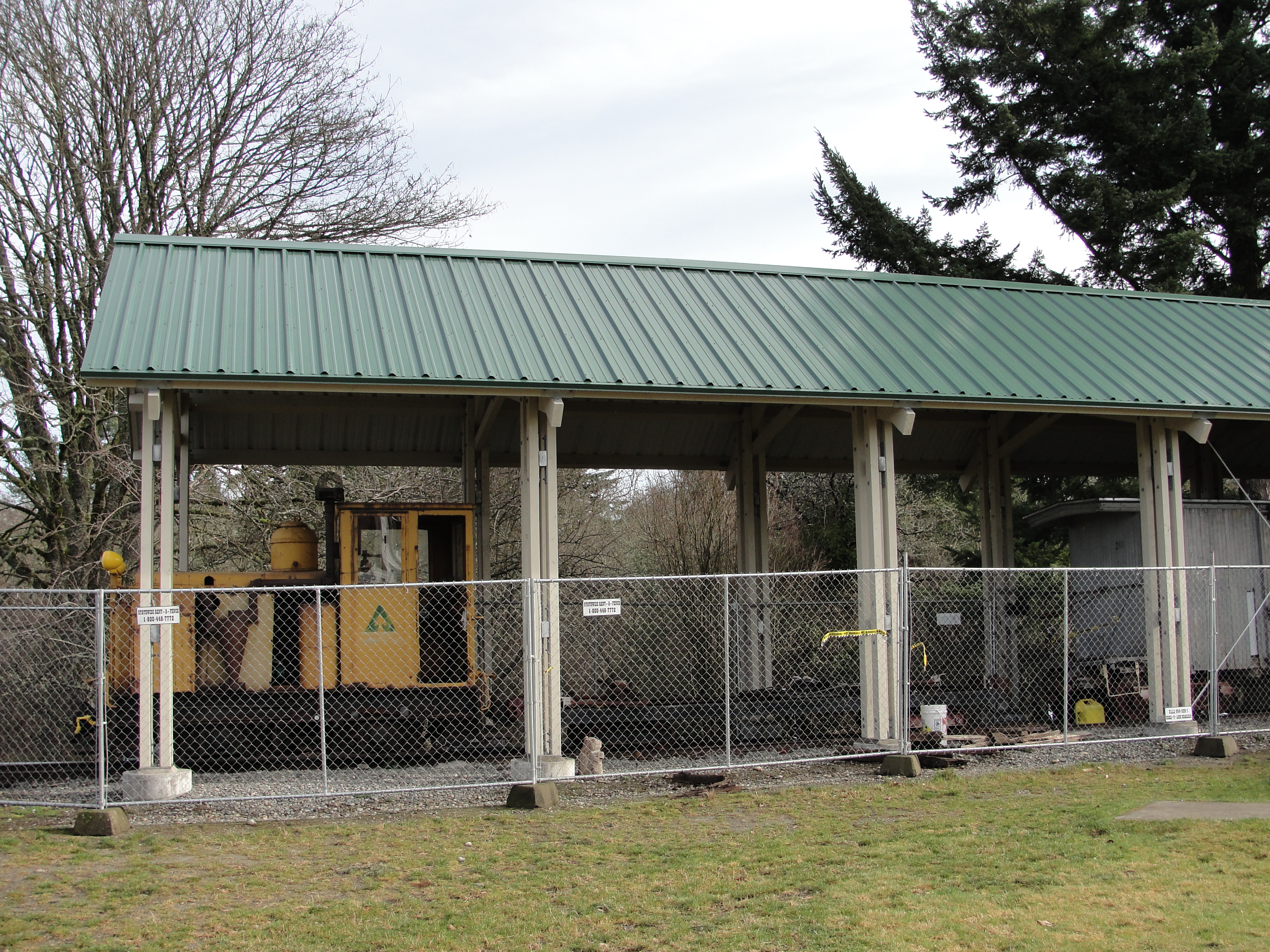 The Plymouth locomotive was one of several narrow gauge engines used by the DuPont Company to transport dynamite and supplies from the plant to the wharf and vice versa. Rails provided a safe and reliable way of transport compared to trucks driving on pothole roads. Narrow gauge was chosen over standard gauge due to the sharp turns along the Sequalitchew Canyon. A series of electric trains were used on lines that did not change in elevation. These worked mostly in the plant with gas and diesel engines running down to the wharf.

When Weyerhaeuser bought the land from the DuPont Company, the trains were a part of that sale. The Plymouth-12 engine, 2 flatcars, a boxcar, a shell crate car, and Brookville 2-ton engine were donated to the museum but they needed a place to be properly stored. Senator Mike Carrell (2004-2012) took special interest in the history of DuPont and worked hard to save the Dynamite train. Through his fundraising efforts, a canopy was able to be built behind the museum to store the train. Throughout his life Senator Carrell was a devoted supporter of preserving historical landmarks in Pierce County. This devotion saw him posthumously awarded the Heritage Advocate Award in 2015.