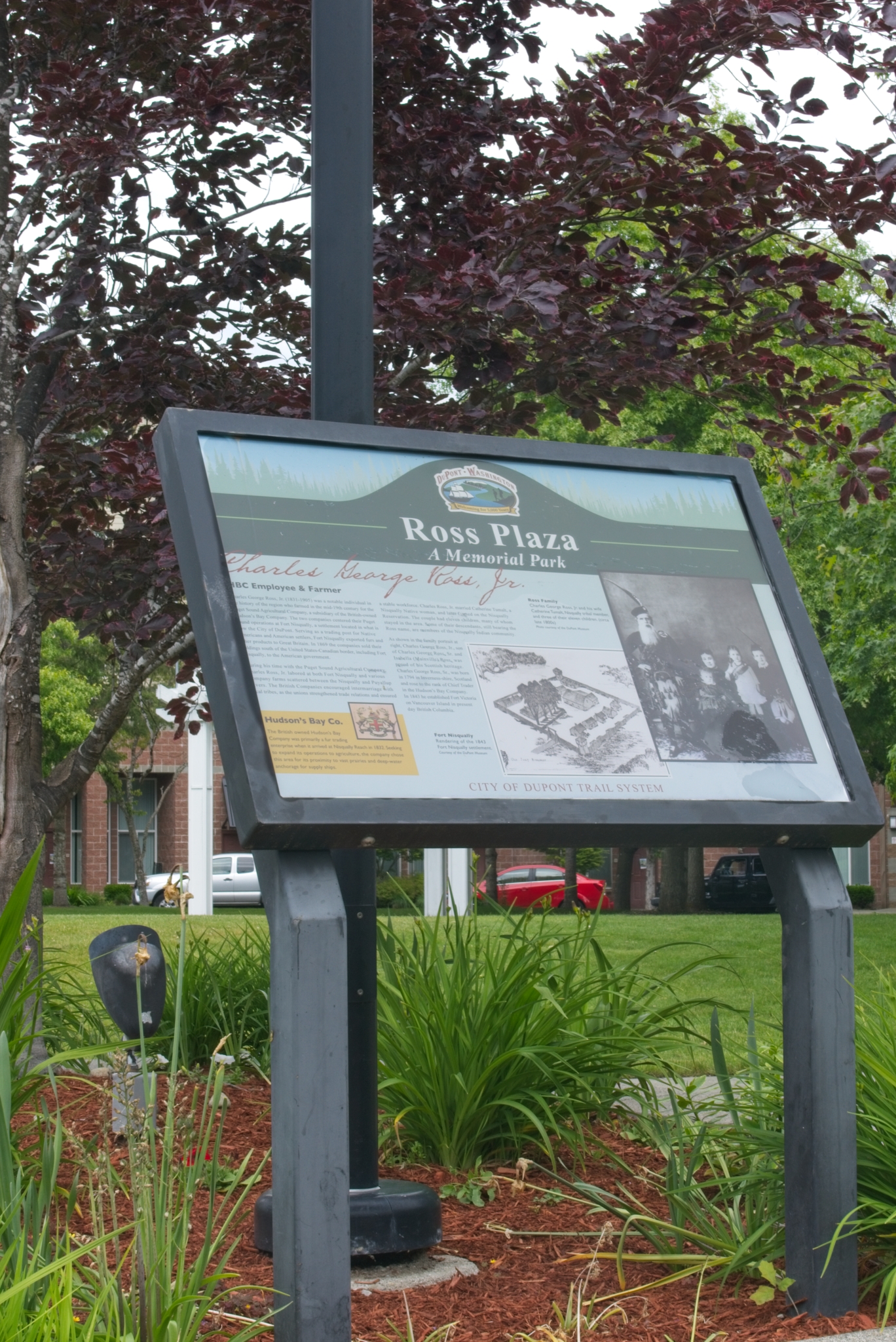 Charles George Ross Jr. worked for both the Hudson’s Bay Company and the Puget Sound Agricultural Company, both of which centered their Puget Sound operations around Fort Nisqually. He spent much of his time at the fort and at various company owned farms in the area. He married Catherine Tumalt, a Nisqually Woman, and had eleven kids together. His father was a chief fur trader for the HBC and established Fort Victoria on Vancouver Island.

The plaza contains two memorials, the larger of the two is the City of DuPont Global War on Terrorism memorial. It consists of two large stone tablets, one is inscribed with the reasoning for the memorial and the second is inscribed with the name of DuPont residences who have fallen in action. Between these two tablets is the memorial for former town resident Wilburn K. Ross who received the Medal of Honor for his heroic actions during World War 2.