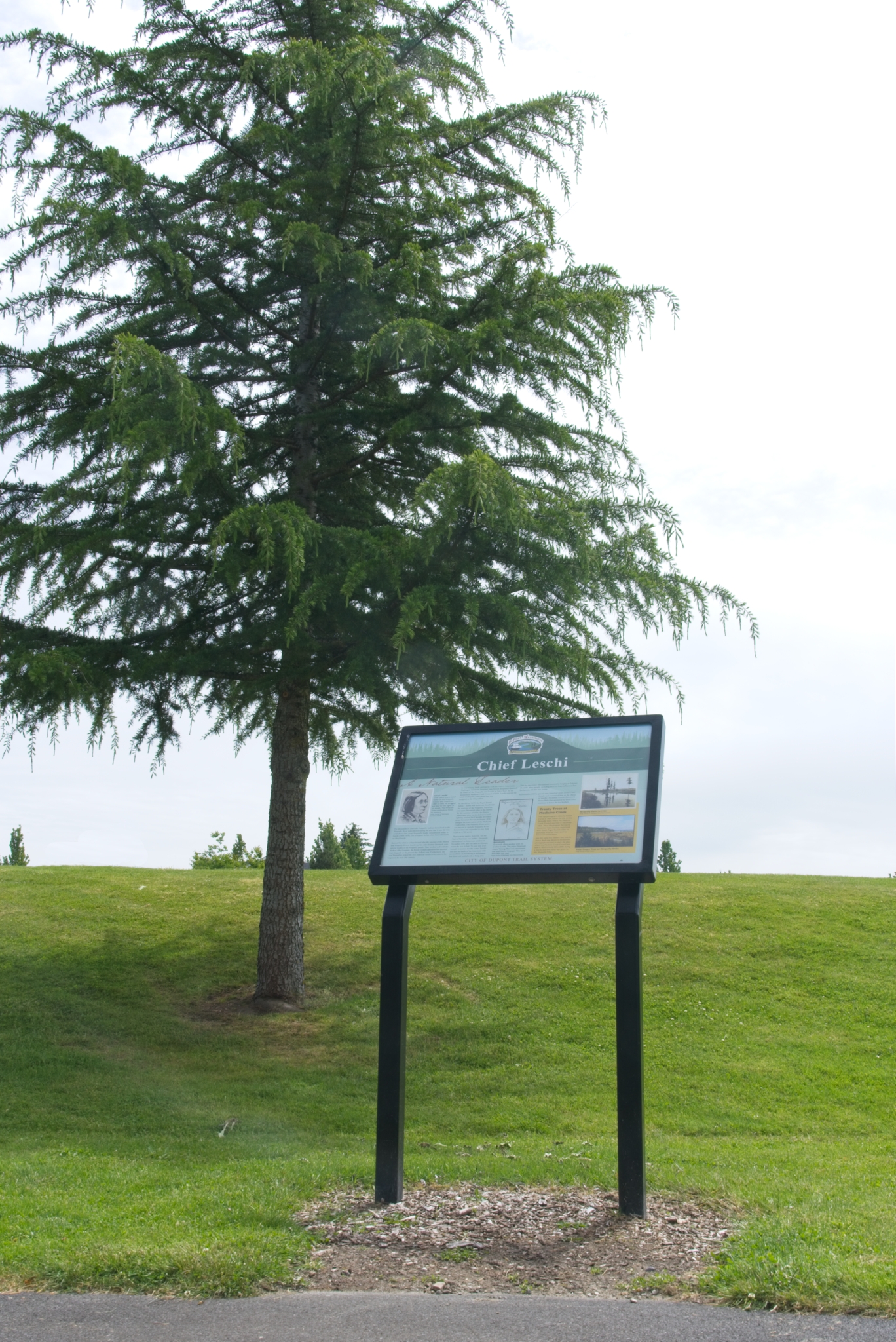 Leschi along with his brother Quiemuth were leaders of the Nisqually Tribe. Both worked well with Hudson’s Bay employees and the American settlers that arrived in the mid 1800s. When Isaac Stevens, the Governor of the Washington territory, wanted to negotiate land settlements with the Natives he designated Quiemuth as Chief of the Nisqually and Leschi as Sub-Chief. At the Medicine Creek Council of 1854, the reservation mapped out for the Nisquallies was rejected by Leschi, but his signature was forged on the document.

The following year the Puget Sound Indian-Settler War broke out with Leschi leading the Nisqually, Puyallup, and upper Duwamish tribes. The war lasted until the next year and soon after the war Leschi was arrested and put on trial under the accusation of killing a militiaman. On February 19, 1858 he was executed by hanging.

In December 2004 a historical court was held that exonerated Leschi of the murder charges.