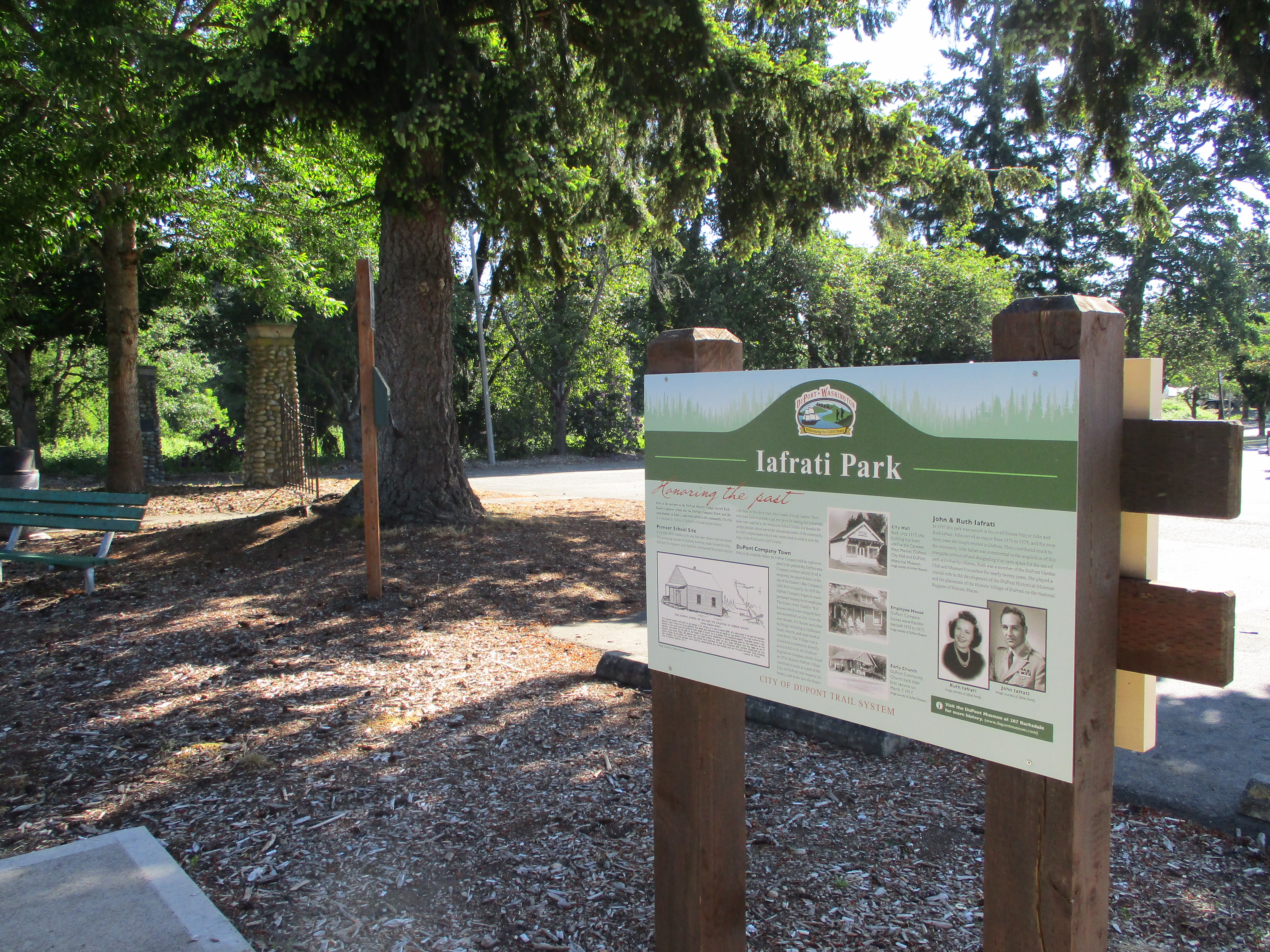 In 1997 Iafrati Park was officially named in honor of John & Ruth Iafrati. John purchased this plot of land and designated it as a park for the town. Ruth was a member of the Museum Committee for twenty years and was instrumental in creating the DuPont Historical Museum, which is located one block from the park. Ruth was also instrumental to the town's historic district being listed on the National Register of Historic Places.

This was also the location of the first public school in the community, known at the time as School District #7 Schoolhouse. The school district received its first state funding in 1860 and the students attended school in a private home. By 1866, 34 students were enrolled and a decision was made to build the 1866 school. The first teacher in the school was Mrs. Settle. In 1885, a replacement school was built 2 miles away on the edge of what is now Fort Lewis Golf Course.