Formerly the Harvard Annex and then Radcliffe College, Harvard University's Harvard-Radcliffe Institute exists on the grounds where students not only studied but also made history. One such student was Alberta V. Scott (1875-1902), the first African American woman to graduate from Radcliffe College in 1898. After graduation, Scott pursued a career as a teacher before her unfortunate death in her late twenties. This walking tour stops at Scott’s alma mater to prompt reflection on the challenges Scott faced while paving a path for many other African American women who would enroll at Radcliffe and Harvard in the future. 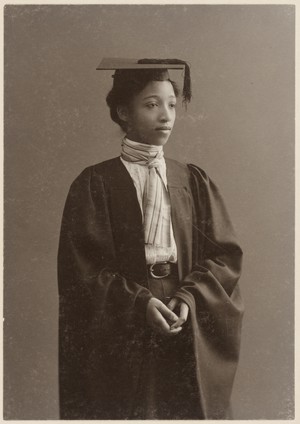 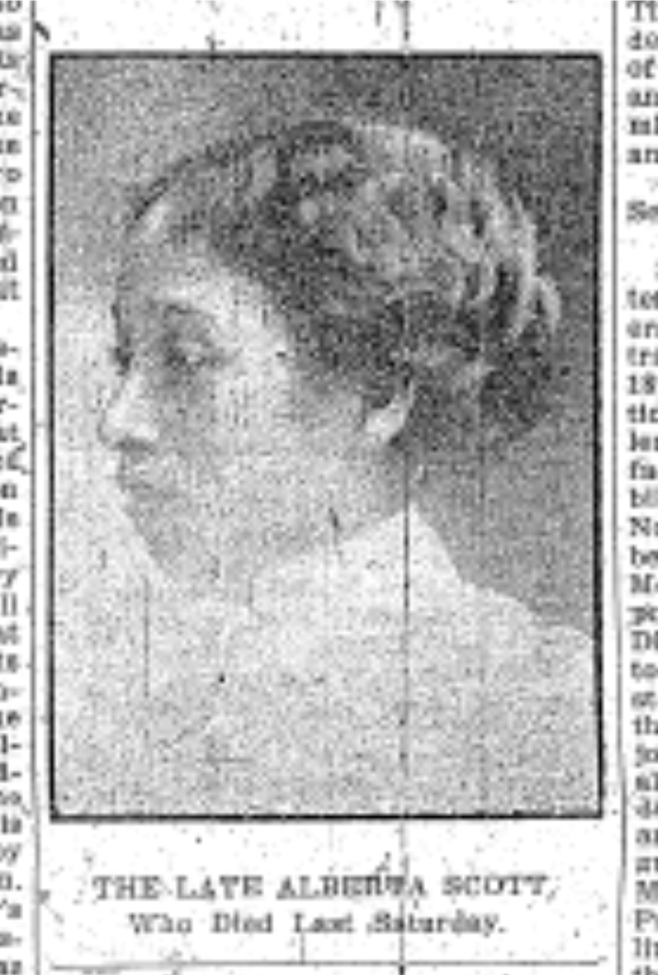 Alberta Virginia Scott (1875-1902) was born in 1875 near Richmond, Virginia. Scott grew up in Cambridge and graduated from the Cambridge Latin School with distinction in 1894. Scott enrolled in Radcliffe College and, in 1898, became the first African American woman to graduate in the institution’s history and the fourth African American to graduate from a women’s college in Massachusetts. At Radcliffe, Scott was a member of the German club and the Idler Club, a theatrical group. In a profile in the Boston Globe, Scott was described as “about five feet tall, and slight. She carries herself with assuming dignity.”4 Her classmates spoke highly of her.

After graduating, Scott felt it was her duty as an educated African American woman in New England to share her advantages with other Black students. She therefore began her career as an educator at Indianapolis High School. She was later invited by Booker T. Washington to teach at the Tuskegee Institute in 1900. Scott had taught at Tuskegee for less than a year when she fell ill and returned to her parents’ house in Cambridge, at 37 Hubbard Street in the Cambridgeport neighborhood. Alberta Virginia Scott passed away at her family home on August 30th, 1902. Charlotte Hawkins Brown, another woman on our walking tour, sang a solo at Scott’s funeral -- “O Land of Rest,” one of Scott’s favorite hymns.

The Harvard Radcliffe Institute was chosen for this tour due to Scott’s historic accomplishment there and how it launched her career in education. Founded originally as the Harvard Annex in 1879 before being chartered as a degree-granting institution in 1894, Radcliffe College was the peer women’s college to Harvard within the University structure, which had persisted without admitting women up until this point since 1636.

Today, Scott is remembered through the Alberta V. Scott Leadership Academy (AVS), a mentorship program run by the Association of Black Harvard Women. For other locations to visit related to Scott’s life, see her house at 28 Union Street in Cambridge, as well as the Cambridge Cemetery, where she is buried.

6. "Died in Life's Bloom: Miss Alberta Scott, the Young Radcliffe Girl, Passes Away After a Lingering Illness." The Guardian. Sept 6, 1902: 1.

"Died in Life's Bloom: Miss Alberta Scott, the Young Radcliffe Girl, Passes Away After a Lingering Illness." The Guardian. Sept 6, 1902: 1.