Listen to a narration of this entry's description by Alyssa Napier.

Pauline Elizabeth Hopkins (1859-1930), was a novelist, essayist, playwright, and magazine editor who was among the most active Black woman writers of her time. She lived in Boston for most of her life and moved to Cambridge in the early 1900s. Hopkins lived on Clifton Street (there is a historical marker at the site of her old house) and eventually moved to Jay Street in the Cambridgeport neighborhood, where she died in a tragic house fire in 1930. Let’s walk down the street where Pauline Hopkins once stepped and explore her life through her musicals, literature, and activism. 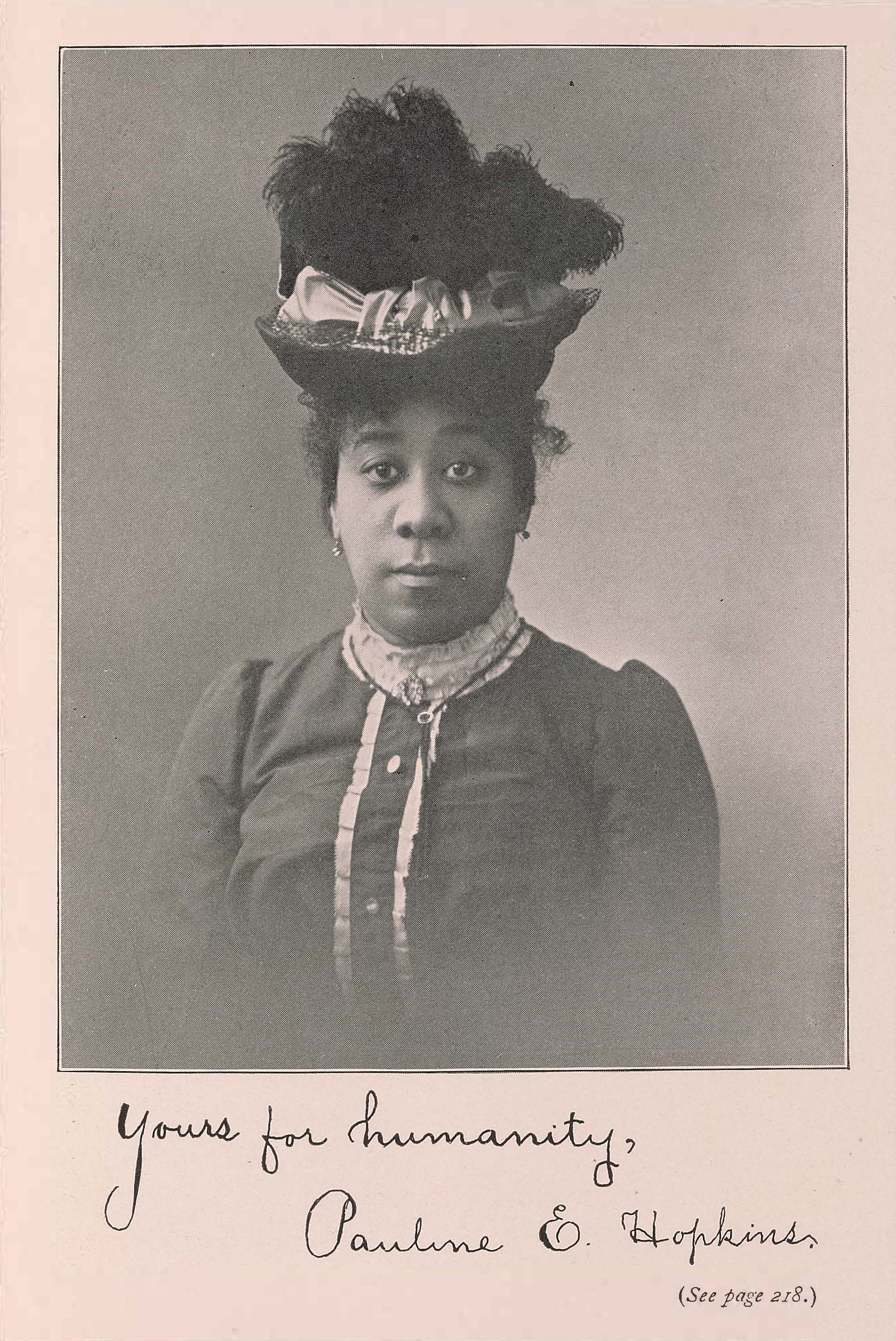 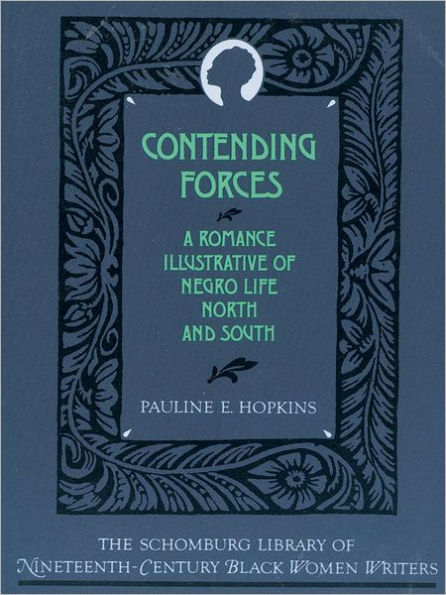 Quote from the preface of Contending Forces 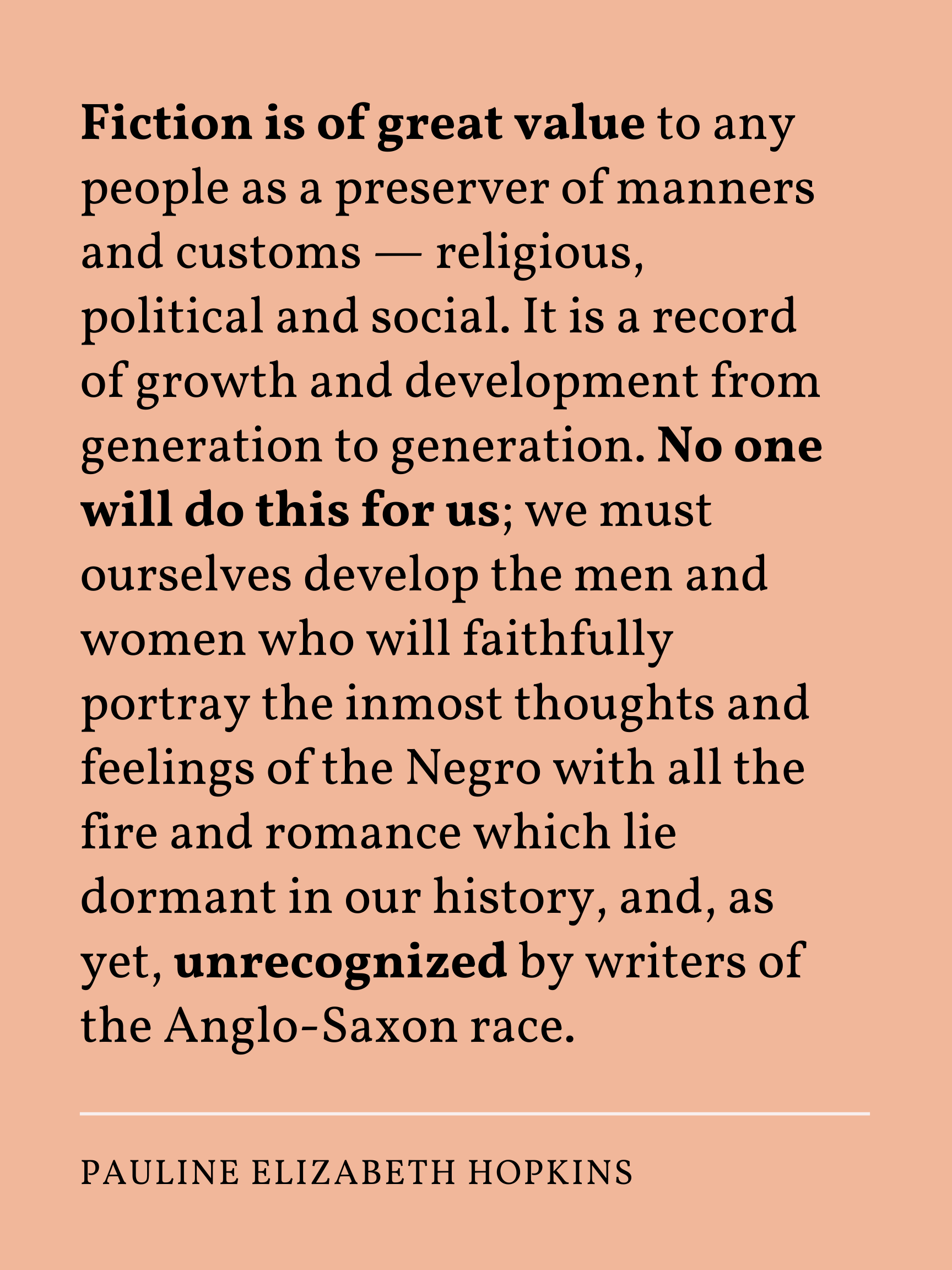 Cover of the Colored American Magazine 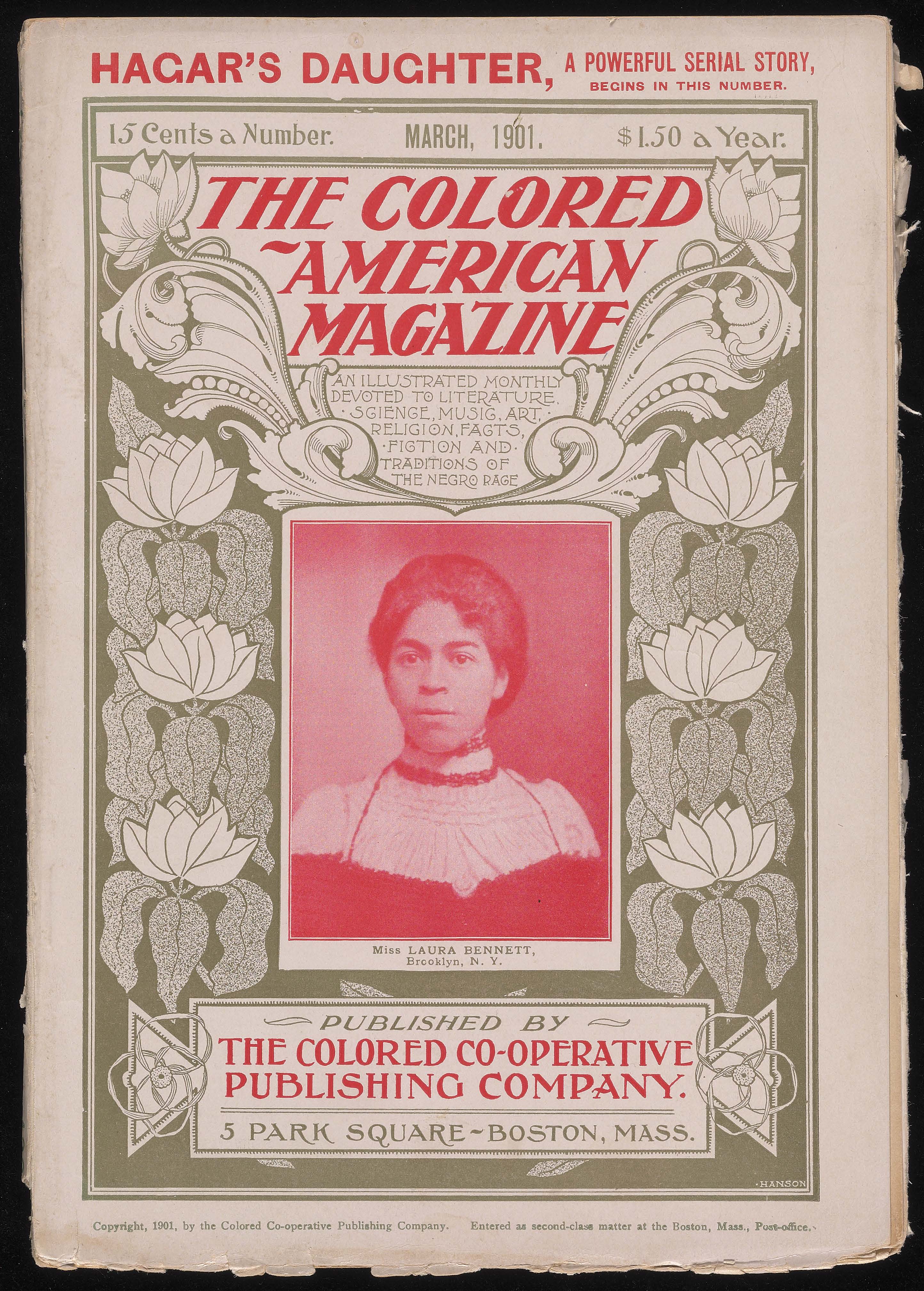 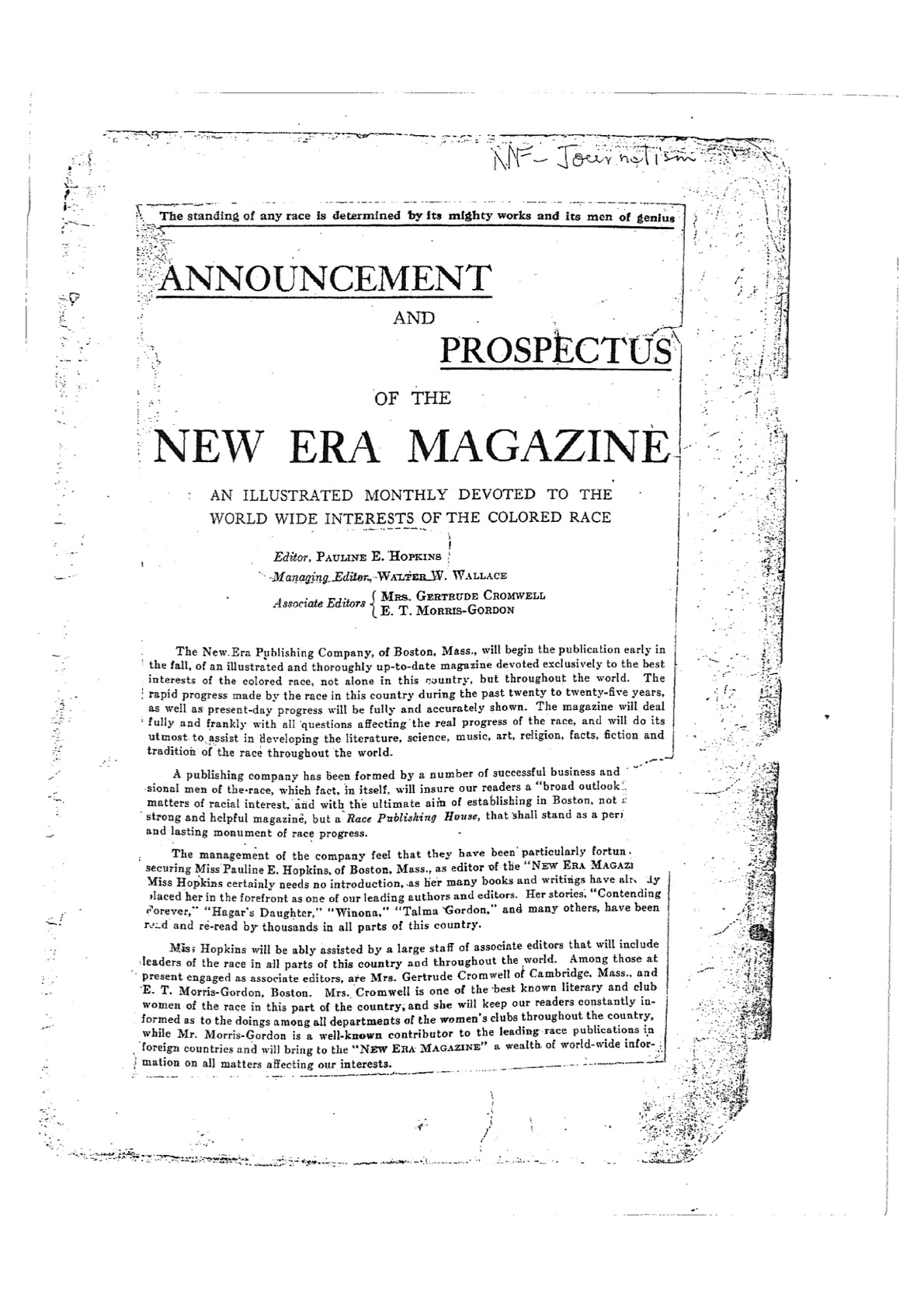 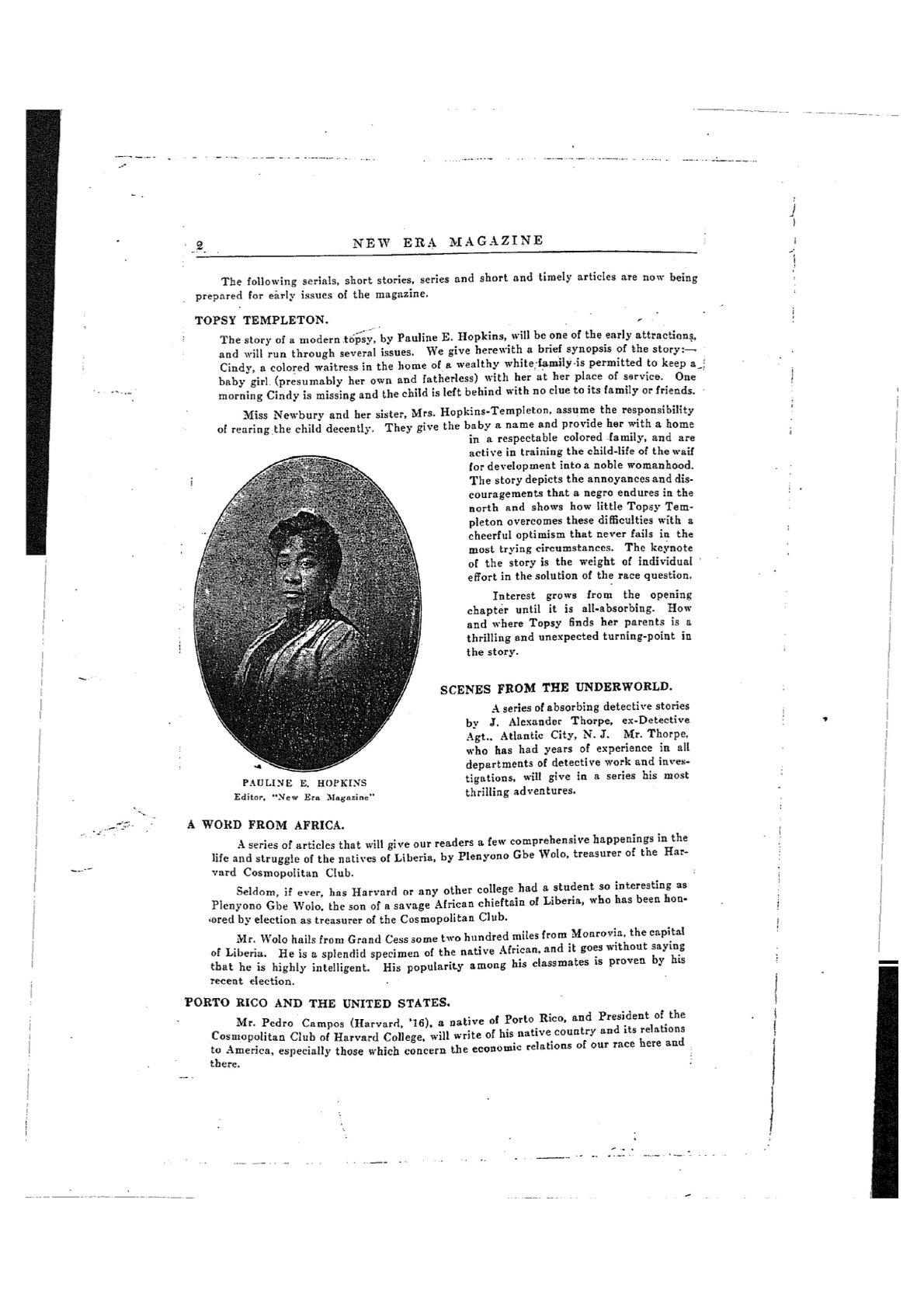 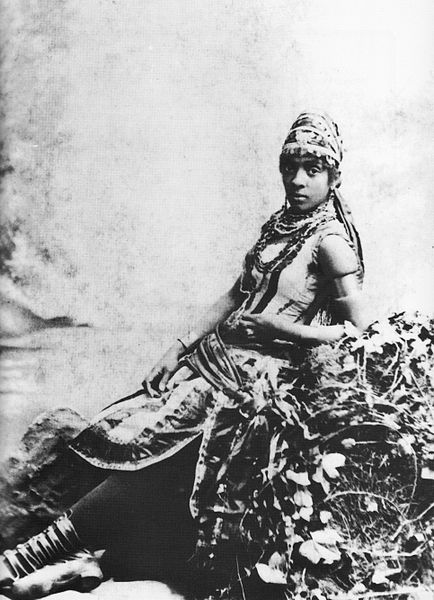 Listen to a narration of this entry's description by Alyssa Napier.

Born free in Portland, Maine in 1859, Pauline Elizabeth Hopkins (1859-1930) was a novelist, essayist, playwright, singer, and magazine editor, whose work reimagined the definition of success for Black people — a “Black American Dream.” Hopkins’s career benefited from networks of Black artists and thinkers in Boston who supported her from a young age. She used writing and music to express her ideas as a Black woman, winning an essay contest at age 15 and earning the nickname: “Boston’s favorite colored soprano” at age 16.1

At age 24, Hopkins wrote a musical drama called Peculiar Sam, or The Underground Railroad, a story about a family escaping from slavery while singing Black spirituals and minstrel songs. The play’s production demonstrated the challenges Black people faced producing art in a white-dominated world. The musical relied on the financial resources of a white producer and the star power of Black performers, and it toured across the nation. This music originated during slavery with strong African influences, but by 1879, Black artists like the Fisk Jubilee Singers rewrote the spirituals in the style of European classical music. These changes helped the music appear more respectable.

Hopkins wrote a total of four novels and numerous short stories in her lifetime. In 1900, she published her first novel, Contending Forces: A Romance Illustrative of Negro Life North and South, which highlighted the plight of African American communities, especially women. In the Preface of Contending Forces she writes:

"Fiction is of great value to any people as a preserver of manners and customs--religious, political and social. It is a record of growth and development from generation to generation. No one will do this for us; we must ourselves develop the men and women who will faithfully portray the inmost thoughts and feelings of the Negro with all the fire and romance which lie dormant in our history, and, as yet, unrecognized by writers of the Anglo-Saxon race."3

Hopkins also used fiction to address the challenges that Native Americans faced. Her 1902 novel Winona: A Tale of Negro Life in the South and Southwest told the story of a mixed-race brother and sister who were raised by members of the Seneca nation. In this novel, Hopkins explored how white settlers subjugated both Black and Indigenous peoples.

Hopkins’s version of the Black American Dream valued collective racial solidarity as opposed to individual success. Her work emphasized that modern Black success was part of an ongoing history of achievement and strife and required accountability to Black communities. Hopkins’s vision was considered too radical by Booker T. Washington, a prominent Black leader whose version of the American Dream focused on economic success. In 1904, Washington's associates purchased the Colored American Magazine and forced out Pauline Hopkins, who served as editor. Her career continued, but with greater challenges. In 1916 she tried to launch her own publication, the New Era Magazine “devoted exclusively to the best interests of the colored race, not alone in this country, but throughout the world.”7 Without broad community support, the magazine failed after two issues. After this unsuccessful venture, less is known about Hopkins’s career. She moved to Cambridge and worked for the last decades of her life as a stenographer at M.I.T. Even with these gaps in our knowledge, Hopkins remains one of the most prolific Black women writers of the early 1900s. She embodied a bold reimagination of the American Dream, even if she struggled to achieve it in her own life.

2 Hopkins, Pauline E. Winona: A Tale of Negro Life In The South And Southwest. Alexandria, 2007.

Cover of a 1901 issue of the Colored American Magazine. Photograph. WBUR: The ARTery. Yale University. https://www.wbur.org/artery/2021/02/12/pauline-hopkins-of-one-blood-hagars-daughter.