A formal women’s suffrage movement began after the Civil War when Frances Ellen Burr and Isabella Beecher Hooker formed the Connecticut Woman Suffrage Association in 1869. Like many suffrage associations, there was division in the last decades of the nineteenth century over tactics and there was a strong anti-suffrage portion of the population. Women in the state gained the right to vote in school elections in 1893 and on library issues in 1909 (although this was never put into practice). Support for the suffrage movement declined severely by the early 1900s, but under the new leadership of Katharine Houghton Hepburn the movement gained new momentum. In the 1910s Connecticut women worked in the national campaign for a suffrage amendment, gathering petitions and several CT women picketed at the White House with the “Silent Sentinels.” Fourteen Connecticut suffragists were arrested during the pickets. 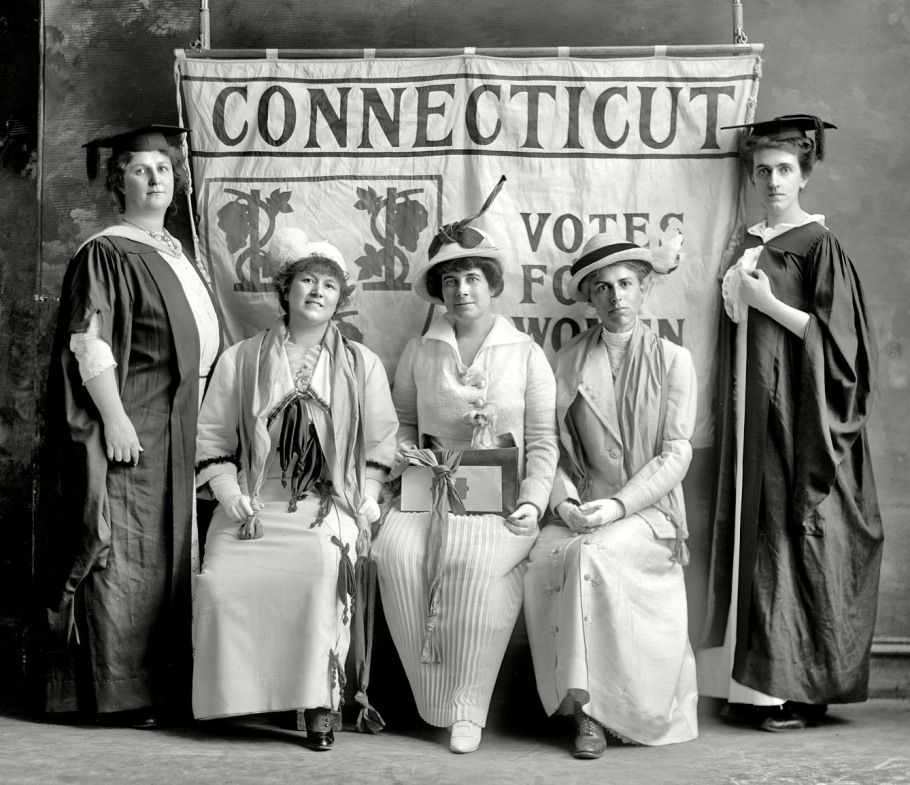 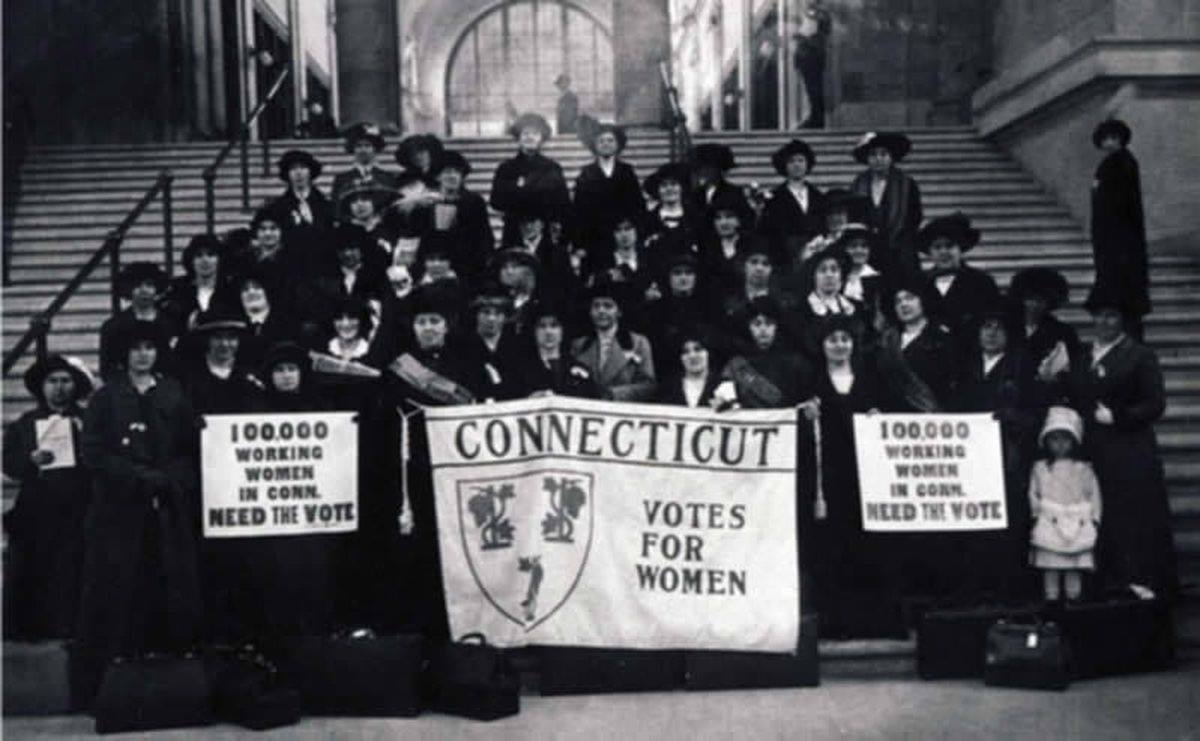 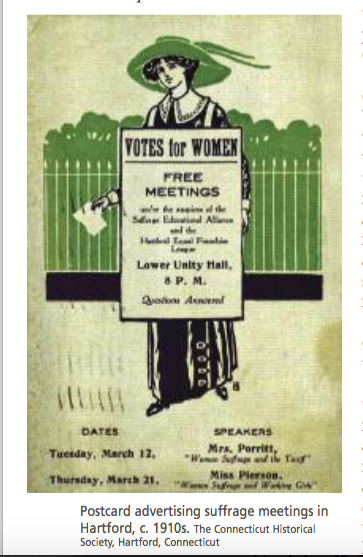 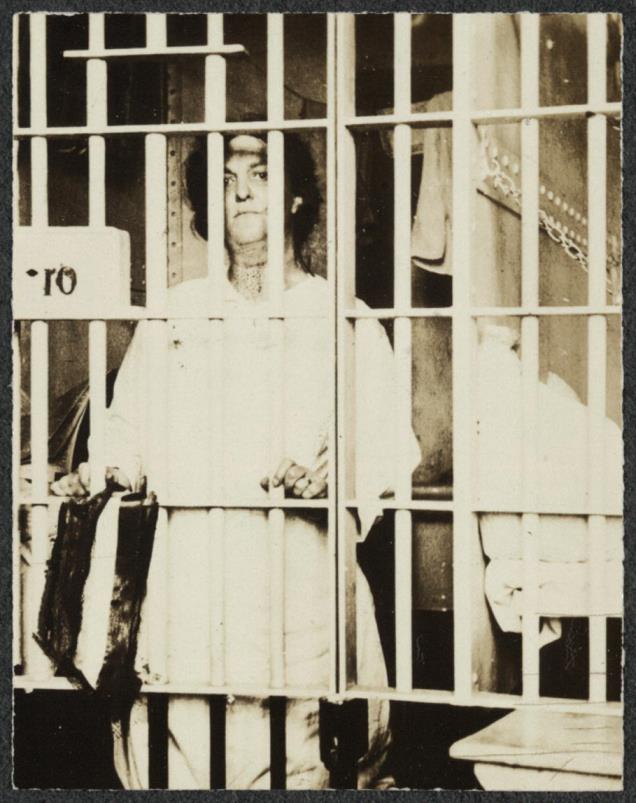 When Congress passed the 19th Amendment and sent it to the states for ratification in June 1919, Connecticut suffragists were hopeful. A more progressive majority was elected into the general assembly in 1918 and the legislature was actively in session when ratifications were occurring across the country. However, the legislature adjourned without taking up the issue of ratification and it was not scheduled to meet again until 1921. Suffragists were outraged and called on the governor, Marcus H. Holcomb, to call the assembly back for a special session to ratify the amendment. Initially Holcomb, bolstered by political and anti-suffrage support, refused to call the special session. Meanwhile, Tennessee voted to ratify the 19th Amendment in August 1920 and it was signed into law on August 26. After the 19th Amendment was officially ratified, Governor Holcomb changed course and convened the Connecticut legislature in a special session on September 14, 1920. While mostly symbolic since the amendment had already been ratified, Connecticut voted to ratify the 19th Amendment and reconfirmed the vote on September 21.