Washington territory’s first outspoken suffragist was Catharine Paine Blaine, a signer of the Declaration of Sentiments at Seneca Falls, who moved to Seattle in 1853. The following year, Blaine’s acquaintance state representative Arthur Denny, proposed a bill to allow women to vote in the very first territorial legislative session. The bill failed in a close vote. In 1867 the territorial legislature removed the word “male” from the voting law so that it stated that “all white American citizens” that met the age requirement could vote. Women tried to vote after this change but were still turned away. 1871 saw the formation of a more organized suffrage movement, with another attempt at passing a bill in the legislature, Washington’s first suffrage convention, and the establishment of the Washington Territory Woman Suffrage Association. Unfortunately, the anti-suffrage legislature responded by passing a law stating "Hereafter, no female shall have the right of ballot, or vote at any poll or election precinct in this territory until the Congress of the United States of America shall, by direct legislation, declare the same to be the supreme law of the land." Suffragists continued their campaigning, but with little success for more than a decade. Surprisingly (considering the 1871 law) Washington women gained the right to vote in 1883 and the majority of women flocked to the polls in 1884. Only a few years later, women again lost the right to vote when the Territorial Supreme Court revoked the 1883 law. A revitalized suffrage movement emerged in 1905 led by Emma Smith DeVoe and May Arkwright Hutton. The work of Washington suffragists resulted in a suffrage amendment being passed by the legislature and signed by the governor in February 1909. On November 8, 1910 the male voters of Washington ratified the constitutional amendment and women gained the right to vote. Almost a decade later, Washington was the 35th state to ratify the 19th Amendment on March 22, 1920. 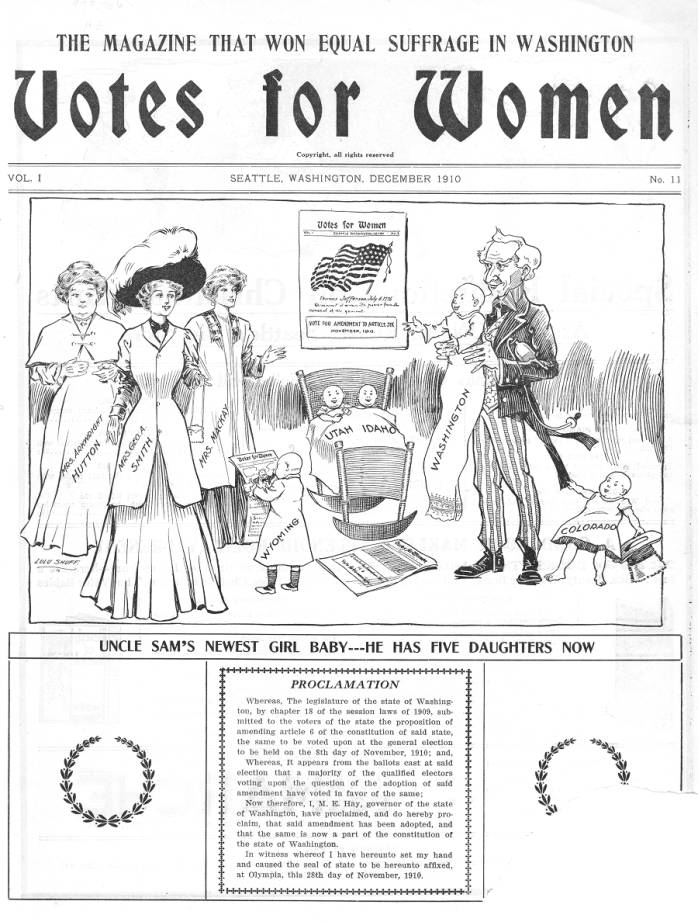 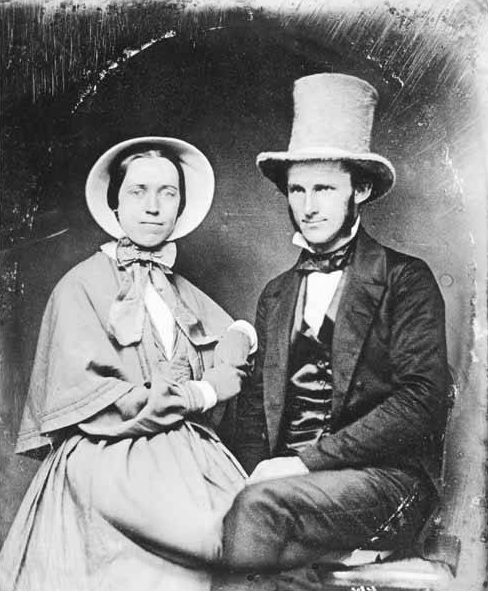 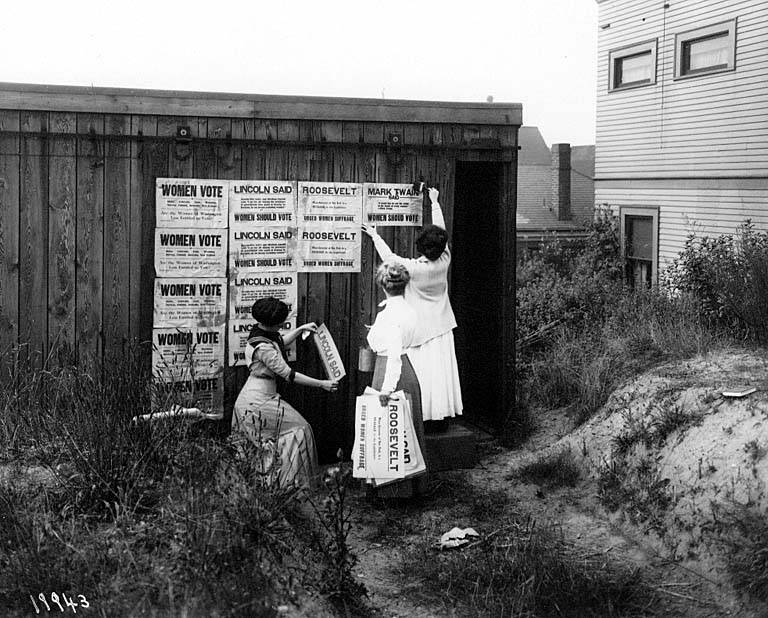 Instructions to voters for the 1910 vote on the suffrage amendment 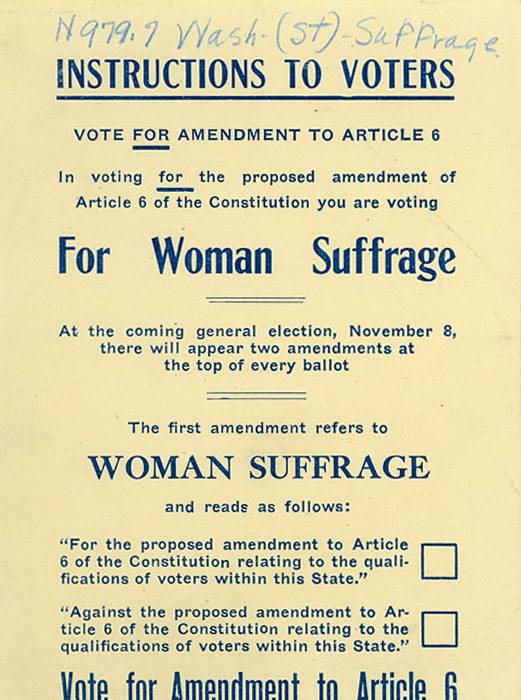 Note to voters prior to the 1910 vote on suffrage 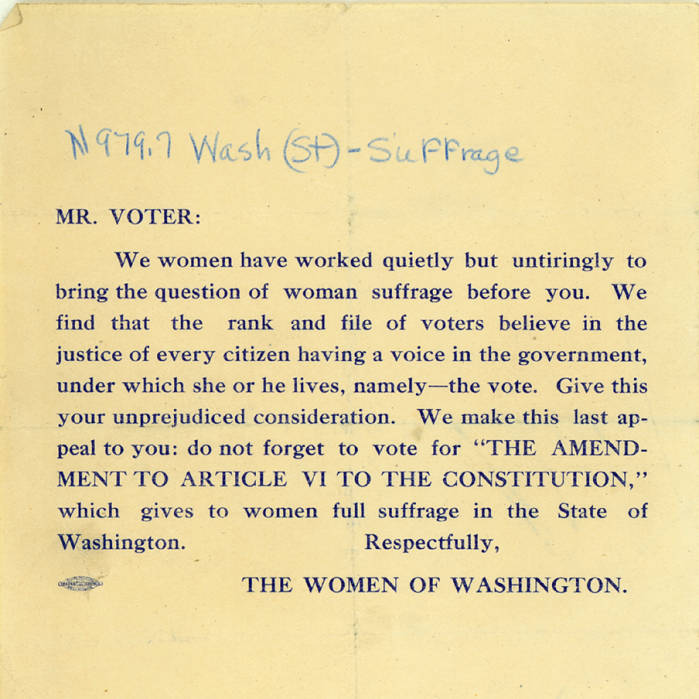 1913 House of Representatives, State of Washington 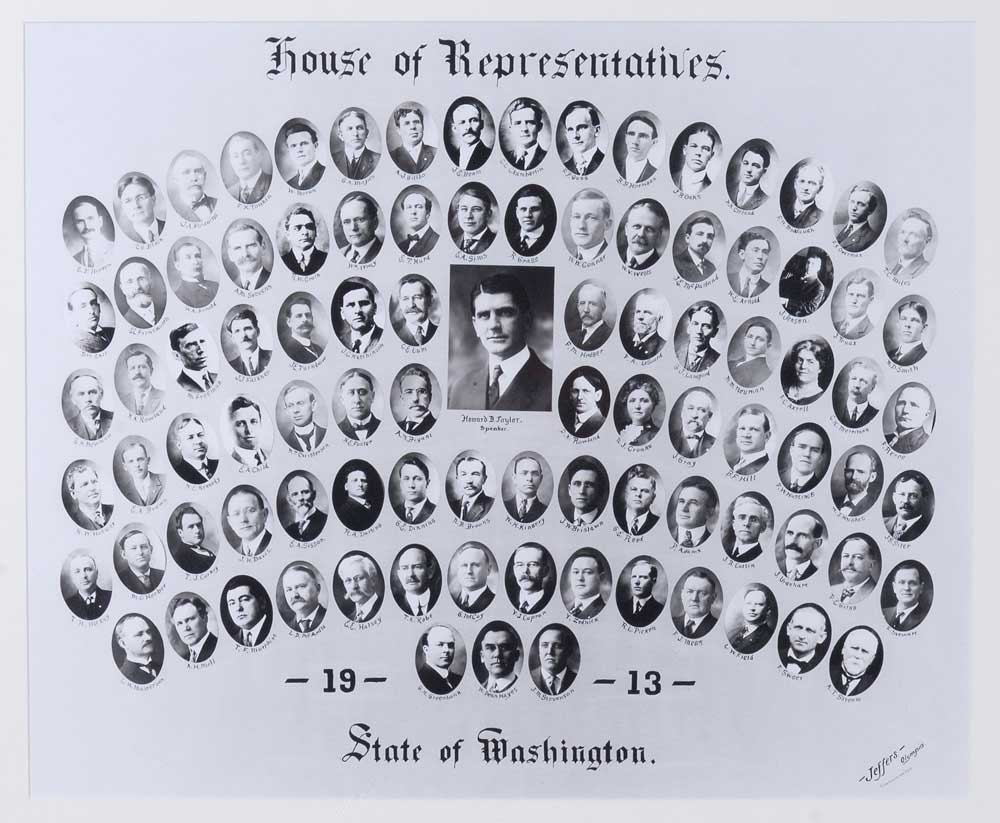