Joint Resolution No. 3 of the Maryland General Assembly 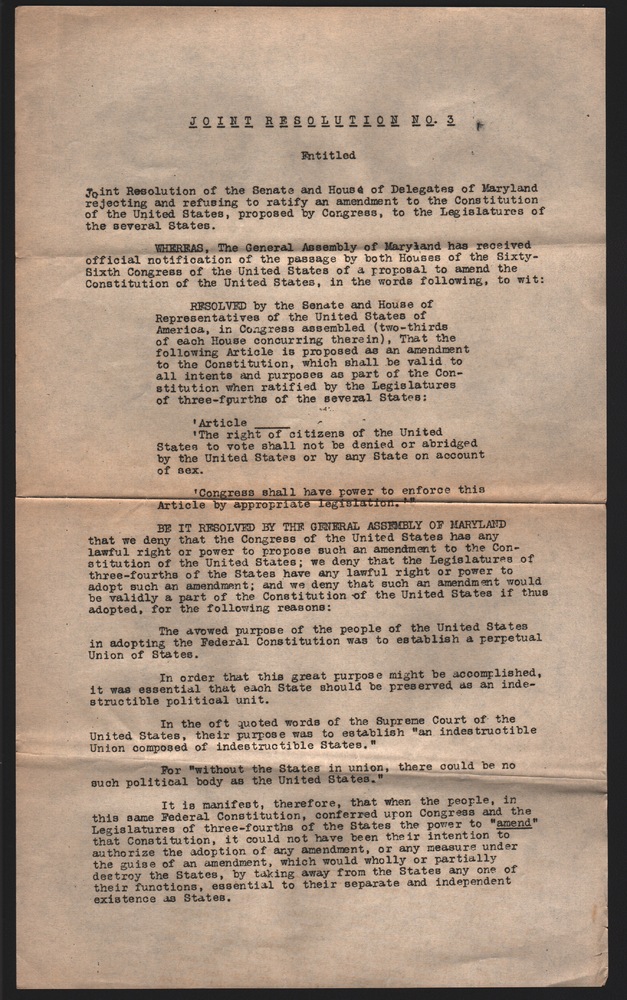 Joint Resolution No. 3 of the Maryland General Assembly, page 2 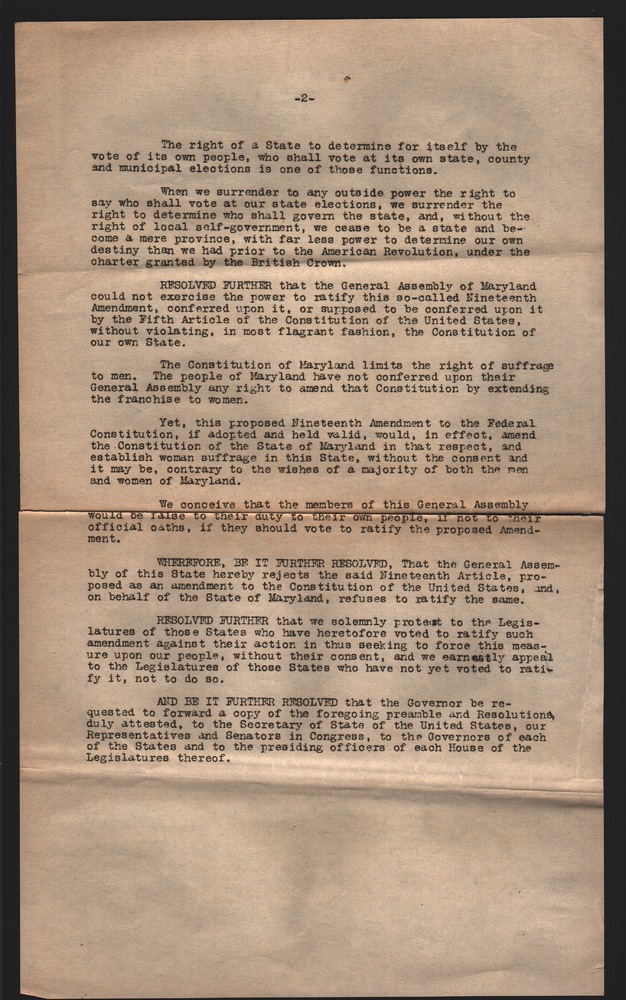 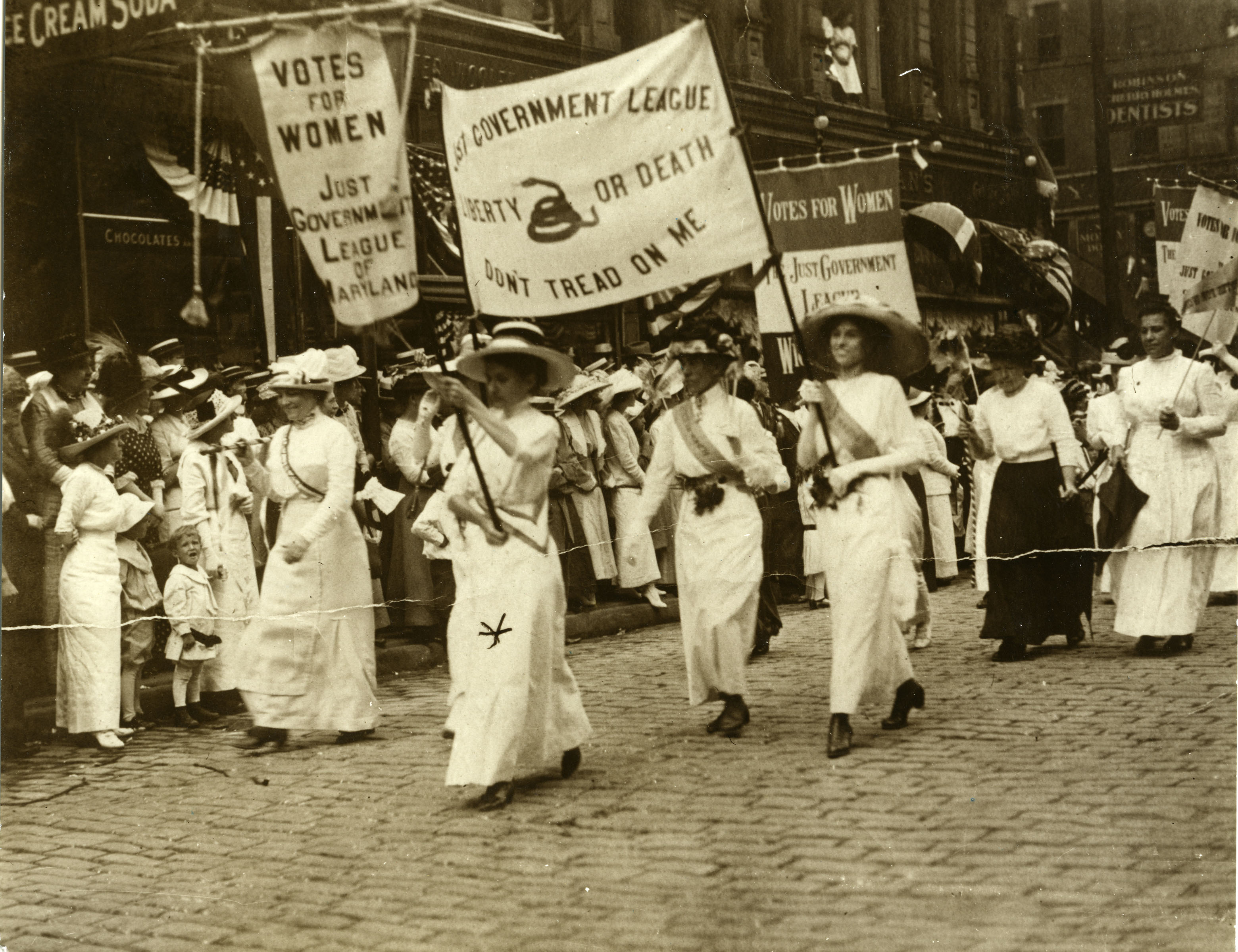 Maryland Day during the White House pickets (Library of Congress) 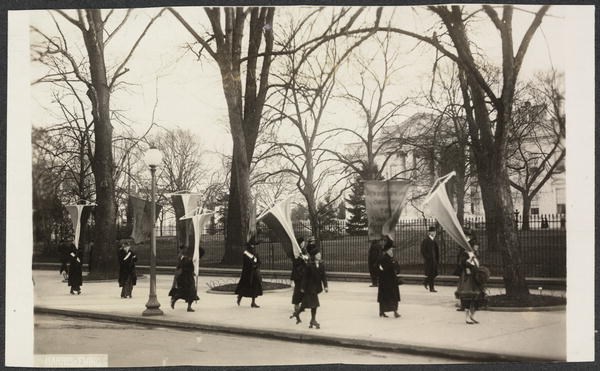 Lucy Branham of Baltimore was arrested multiple times during the White House protests and served time in the Occoquan Workhouse. In 1919 Branham spoke as part of the "prison special" tour where women wore replicas of their prison garb and spoke about their experiences. 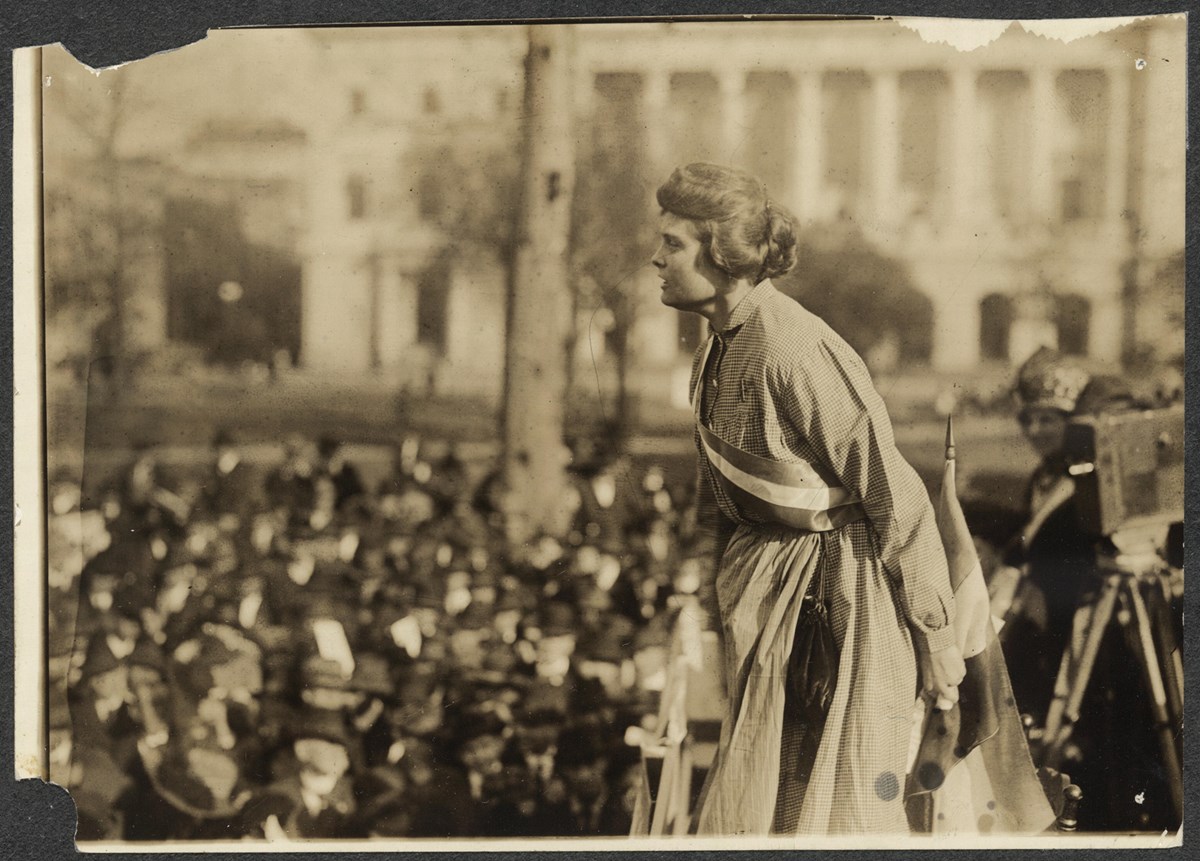 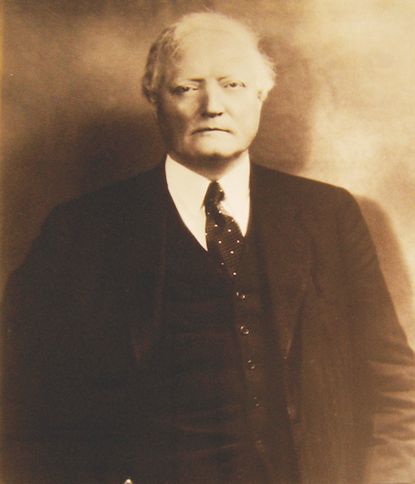 There was a short-lived suffrage movement within Maryland from 1867 to 1874, but the fight for the vote really escalated in the twentieth century. Three major Maryland organizations worked for women’s suffrage: the Maryland State Suffrage Association, the Just Government League of Maryland, and the Equal Suffrage League. Having several leading organizations was due to disagreements over whether to focus efforts on gaining rights at the state level or pushing for a national amendment, as well as segregation between white and African American suffragists. Maryland women did not gain much progress within the state as many legislators were anti-suffrage, particularly in urban areas where men were concerned that women voters would support prohibition and hurt the alcohol industry. In 1916 the Maryland Senate did pass a suffrage bill, but it was overwhelmingly defeated in the House. In some towns and localities women had some limited voting rights for bond or special elections, but it was a very small number of women in the state.

During the ratification process of the 19th Amendment (1919-1920), Maryland rejected the amendment on February 24, 1920. The Maryland General Assembly rejected the 19th Amendment on the grounds of state’s rights. In Joint Resolution No. 3, the Maryland Assembly wrote: “Be it resolved by the General Assembly of Maryland that we deny that the Congress of the United States has any lawful right or power to propose such an amendment to the Constitution of the United States; we deny that the Legislatures of three-fourths of the States have any lawful right or power to adopt such an amendment; and we deny that such an amendment would be validly a part of the Constitution of the United States if thus adopted.” The argument was that states had the power to determine voting regulations within their borders and the 19th Amendment would change the voting population of the state without their consent. In the resolution, Maryland protested the states who had already voted to ratify and encouraged further states to not ratify women’s suffrage. Despite the state’s protests 36 states ultimately ratified the 19th Amendment and it was signed into law August 26, 1920.

After the ratification of the 19th Amendment, Maryland women registered to vote along with women across the United States. On October 12, 1920 Cecilia Streett Waters and Mary D. Randolph registered to vote in Baltimore. By the end of the month Oscar Leser, an anti-suffrage Baltimore attorney, challenged the women’s voter registrations in court. He claimed that the Maryland state constitution limited voting to only men and the state had not ratified the 19th Amendment, thus the 19th Amendment did not apply to Maryland and the women were not legal voters. The Court of Appeals case in Maryland went through to the United States Supreme Court and ultimately upheld the constitutionality of the 19th Amendment. In his arguments, Leser restated the Maryland state’s rights claim that the subject of the amendment (changing the voting population) could not be added to the Constitution since voting regulations were the power of the state. He also argued that several states could not have ratified the federal amendment since their state constitutions prevented women from voting. Third, Leser challenged the ratifications from Tennessee and West Virginia on claims that legislative procedures were not correctly followed. The Supreme Court issued a unanimous decision in 1922 that the 19th Amendment and its ratification was constitutional and that even if there were issues with the process in Tennessee and West Virginia the states had accepted and certified the ratifications. In addition, two more states (Connecticut and Vermont) had ratified the 19th Amendment so that even without Tennessee and West Virginia there would still be the necessary 36 states.

Maryland finally ratified the 19th Amendment on March 29, 1941 although the vote was not certified until February 25, 1958.