Arizona became a territory in 1863 and did not achieve statehood until 1912. During the territorial period, women did press for suffrage and several bills were introduced into the legislature in the 1880s but were defeated. In 1891 Arizona decided to apply for statehood and Josephine Brawley Hughes, Frances Willard Munds, and other suffragists organized the state’s first women’s suffrage organization to campaign for the inclusion of suffrage in the new state constitution. Arizona’s attempt at statehood failed. The Arizona Suffrage Association continued to campaign and got a suffrage bill passed through the legislature in 1903, but the governor vetoed it. Arizona faced difficulty getting Washington to accept their statehood, and the governor (and other politicians) feared that including women’s suffrage would further decrease their chances. Finally in 1910 Congress told Arizona to write a new state constitution and submit it for statehood. Suffragists appealed to the constitutional convention to include women’s suffrage in the new constitution, but the delegates did not include the issue because they were afraid it would cause the constitution to be rejected again. However, most Arizonians generally supported women’s suffrage. Arizona finally gained statehood on February 14, 1912 and just five months later suffrage qualified to be on the ballot for voters to decide. In November 1912 male voters overwhelmingly approved of women’s suffrage in Arizona. After the passage of the 19th Amendment, Arizona voted to ratify the amendment on February 12, 1920.

Poster in support of women's suffrage ahead of the 1912 vote 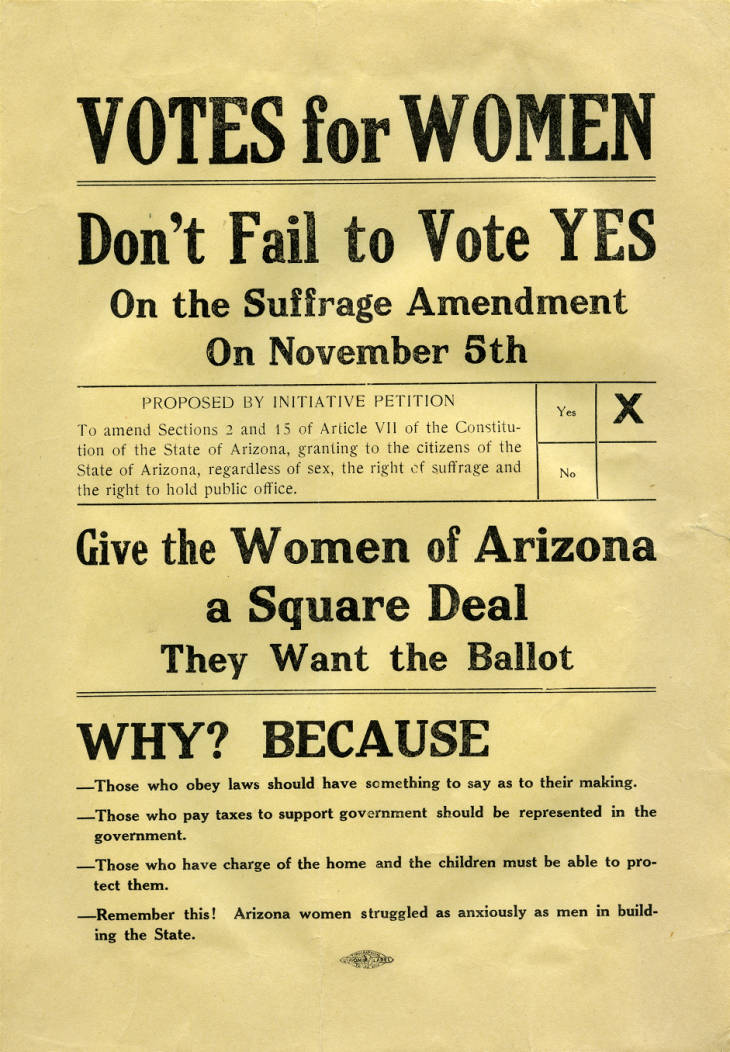 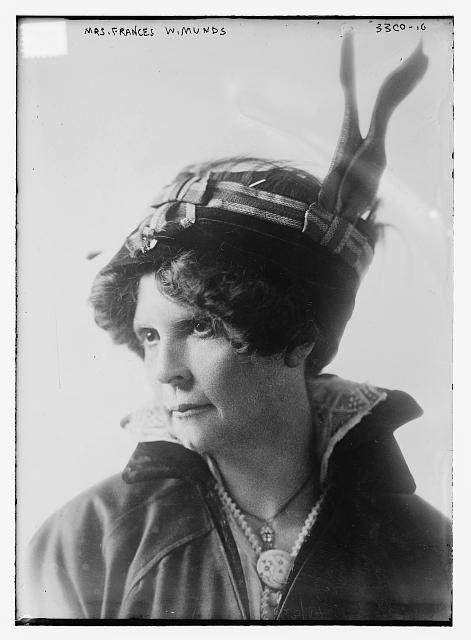 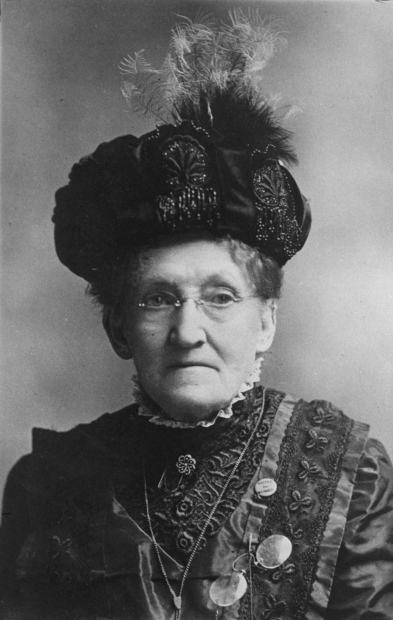 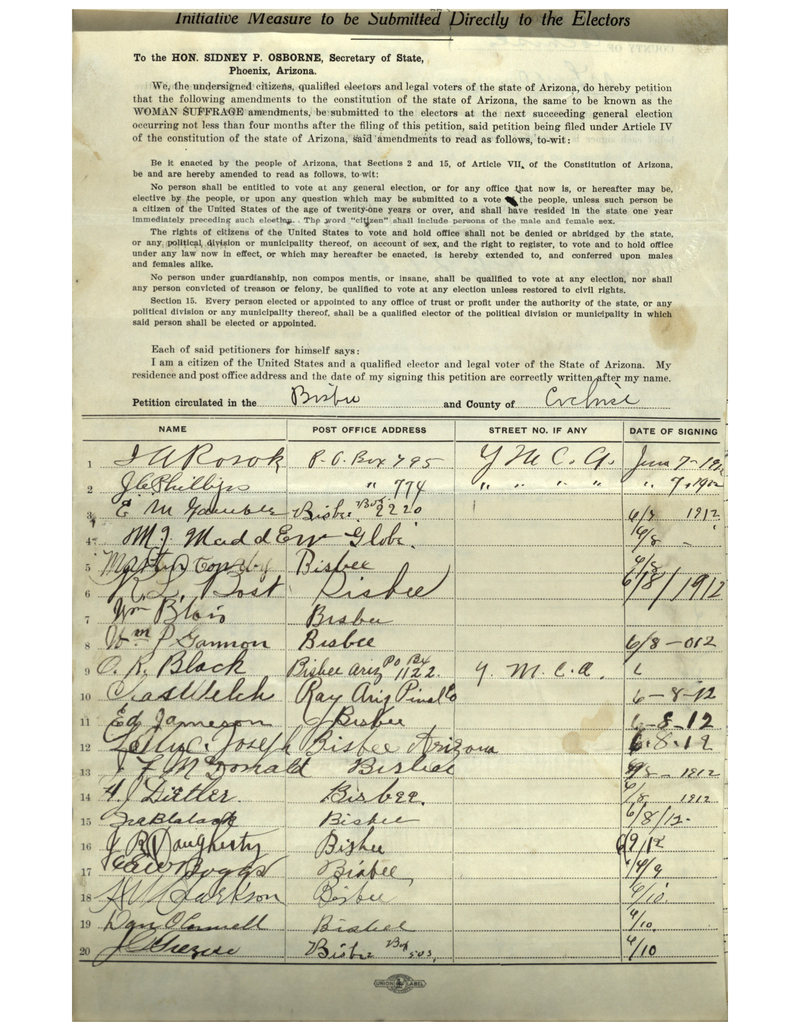 "The Awakening." Arizona was the 10th western state to grant full suffrage to women while eastern states still had no or restricted suffrage for women. (Library of Congress) 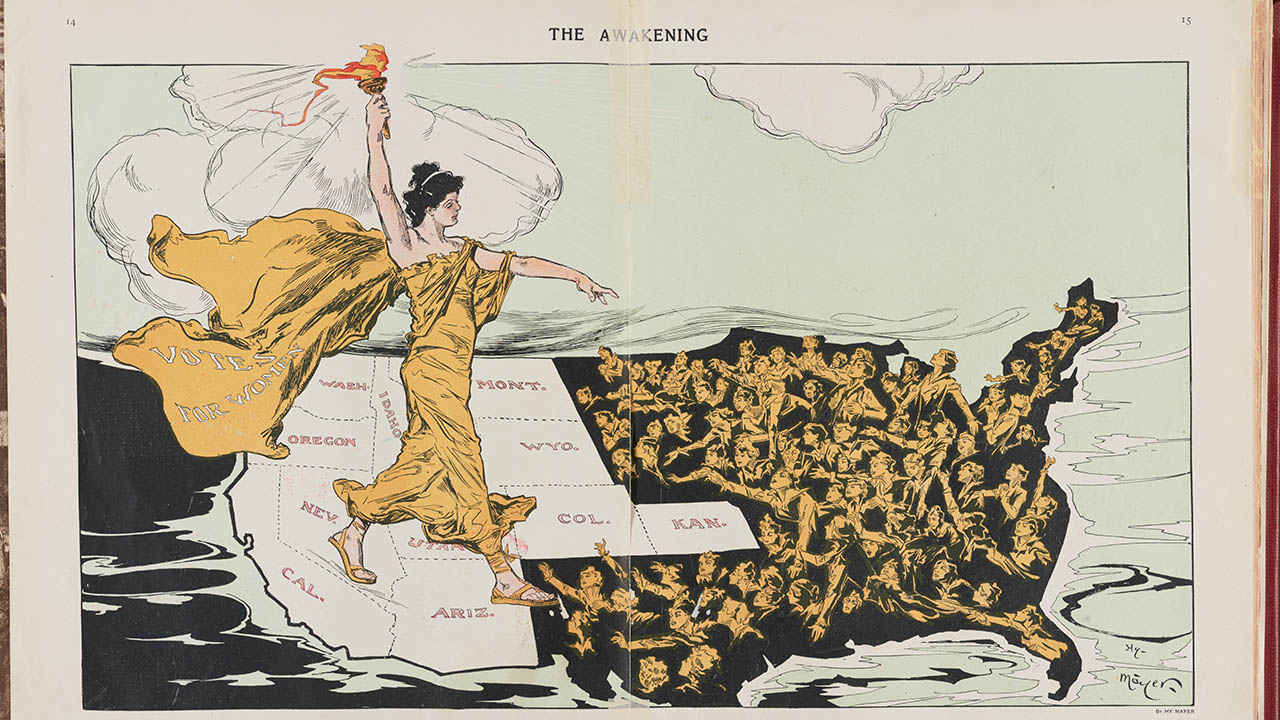 Madge Udall in a 1913 suffrage parade 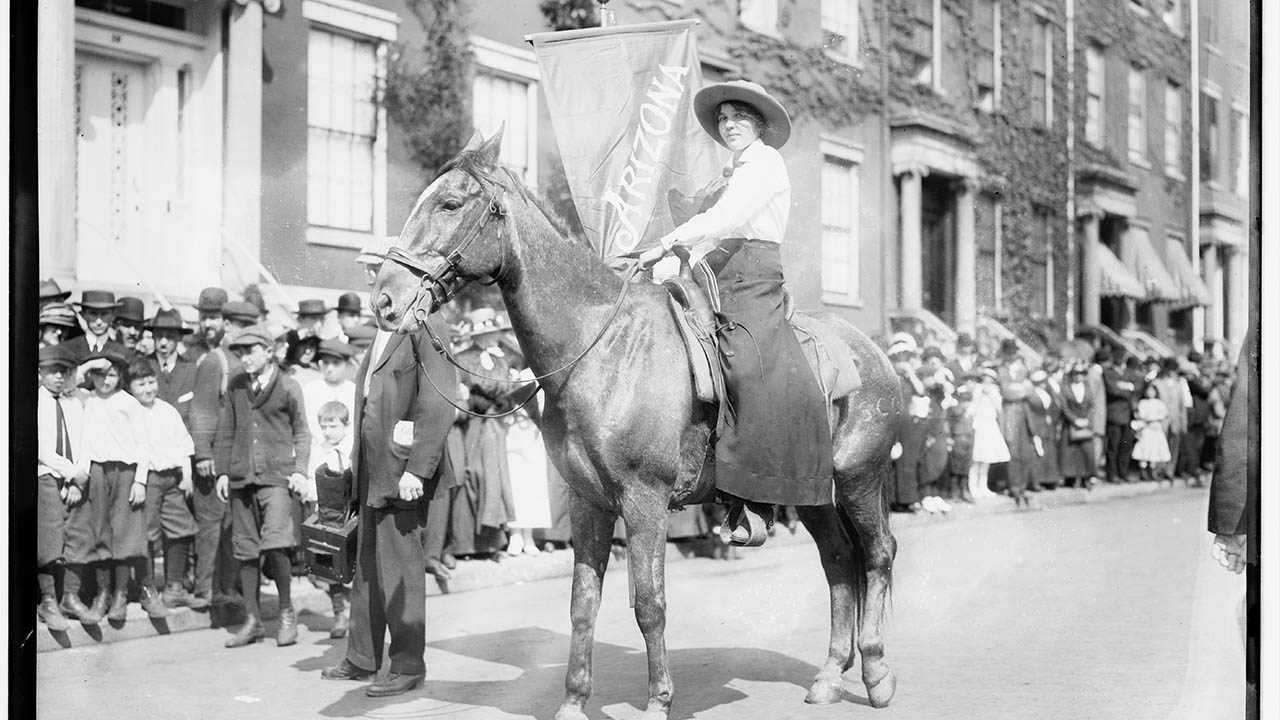