Mississippi was strongly apposed to the 19th Amendment and voted twice to reject it, in February and March of 1920. The state finally ratified the 19th Amendment in March 1984. It was the last of the 1920 United States (excluding states like Alaska and Hawaii that were territories at the time). 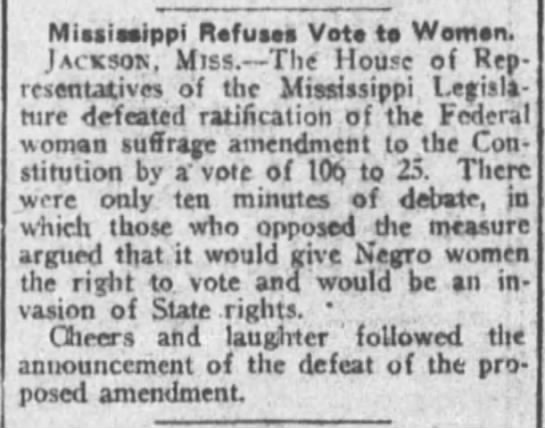 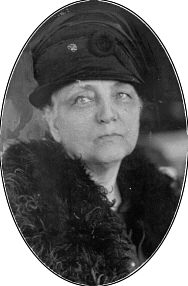 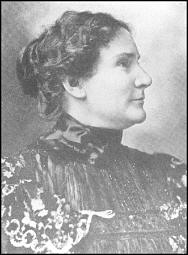 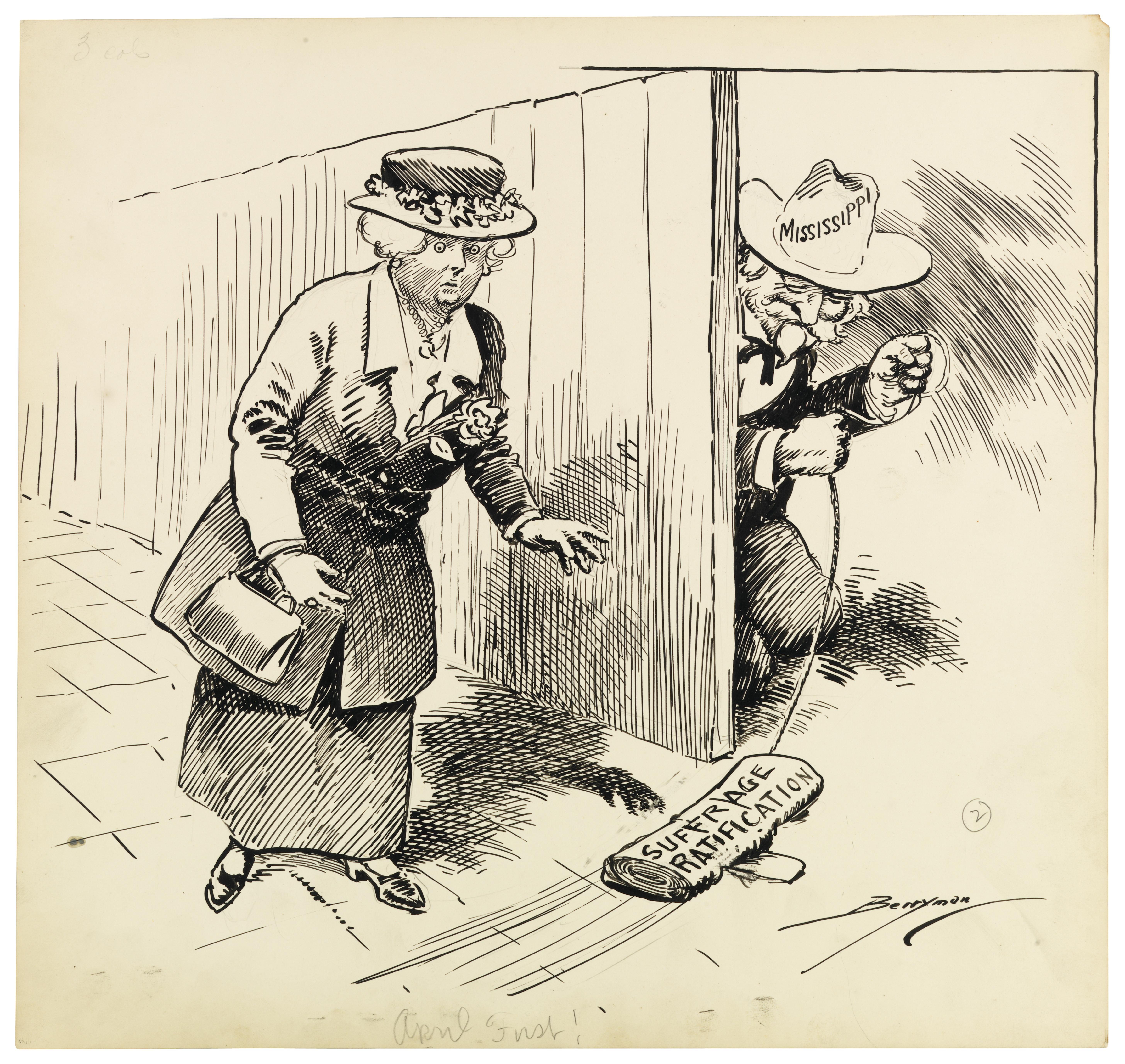 The state of Mississippi considered the issue of women’s suffrage relatively early for the American south, debating granting the vote in 1890. Following a common suggestion in the south, suffrage activists thought that giving the vote to white women would strengthen the overall white vote and work with attempts to restrict the African American vote. While the proposal did get serious attention, it was defeated in committee by one vote.

The Mississippi Woman Suffrage Association (MWSA) organized on May 5, 1897 under the leadership of Nellie Nugent Somerville, Belle Kearney, and Lily Wilkinson Thompson. While some Mississippi suffragists supported the push for a national amendment, most supported the state’s rights approach and distanced themselves from some of the more radical tactics and African American allies of northern suffragists. Nellie Nugent Somerville was the president of the MWSA from 1897 until 1906 and then Belle Kearney took up the position. Most of their tactics focused on emphasizing their roles as upstanding ladies, wives, and mothers. The women in the MWSA were white and middle or upper class. They chose to demonstrate the expectations of a women of their social status to prove that they were fit for suffrage. The women succeed in getting a suffrage resolution introduced in the Mississippi House of Representatives in 1914 with a public hearing, but the House voted the measure down 80 to 42.

After the 1914 defeat some Mississippi women, including Kearney and Somerville, supported the movement for a federal amendment. Somerville took a leadership position in the National American Woman Suffrage Association and worked with Carrie Chapman Catt on the national campaign. As part of the national strategy Catt asked many of the southern organizations not to push state campaigns because they would likely not receive support and might create negative attention while women pressed for the constitutional amendment. Mississippi suffragists were surprised when Neshoba County’s Senator Earl Richardson introduced a suffrage amendment in 1918, and while it did not pass it did receive more support and a 21-21 tied vote.

When Congress passed the Nineteenth Amendment Mississippi strongly opposed it. Similar to many of the southern states, Mississippi opposed a federal amendment that would change voting regulations within their state, a right that constitutionally lies with the states. In addition to the state’s rights argument, they feared that by ratifying the 19th Amendment it would force the southern states to fully support the 14th and 15th Amendments which had granted rights to African Americans, rights which southern states restricted through Jim Crow laws. There was very little support for ratification among Mississippi politicians and in late January 1920 Representative William A. Winter introduced a resolution to reject the 19th Amendment. The House quickly voted to reject the suffrage amendment 106 to 25 and in February the Senate followed by rejecting it 29 to 14.

Interestingly, Mississippi held two ratification votes on the 19th Amendment. After having rejected the suffrage amendment in February, several more states voted for ratification until women only needed one state left to vote for suffrage. After Washington became the 35th state to ratify, the next state to vote would be Delaware. Suffragists had high hopes for Delaware since there was general support for suffrage there, but since it was a “Republican” state Democrats worried that a seeming lack of support for suffrage in Democratic states would hurt the party in the 1920 election. The Mississippi Senate decided to recall the House bill to reject the amendment, amended it to ratify, and voted. The late March vote in the Senate was a tie and on March 30 Lieutenant Governor H. H. Casteel broke the tie in favor of ratification. The Mississippi Senate had switched its vote for ratification, but the House did not follow. In its second vote on March 31, the House rejected ratification 90 to 23. Mississippi had rejected the 19th Amendment for a second time.

The 19th Amendment was ratified by the 36th state (Tennessee) and signed into law at the end of August 1920. However, Mississippi did not allow women to vote in the 1920 election. It was one of the few states that did not change their regulations or approve women to vote in the electorate in time for the fall elections.

Mississippi finally ratified the 19th Amendment on March 22, 1984, the last of the states existing in the nation in 1920 to do so. Mississippi legislators called the ratification a “housekeeping measure” and a “symbolic affirmation” of women’s rights.

"April Fooling With Suffragists a Century Ago--And How to Find Out if Your Ancestors Were Involved With the Suffrage Movement." New York Public Library. April 1, 2020. Accessed July 26, 2021. https://www.nypl.org/blog/2020/04/01/how-find-out-if-your-ancestors-were-suffragettes.