Women’s suffrage booth at the 1914 state fair. Pattie Ruffner Jacobs is seated on the left. 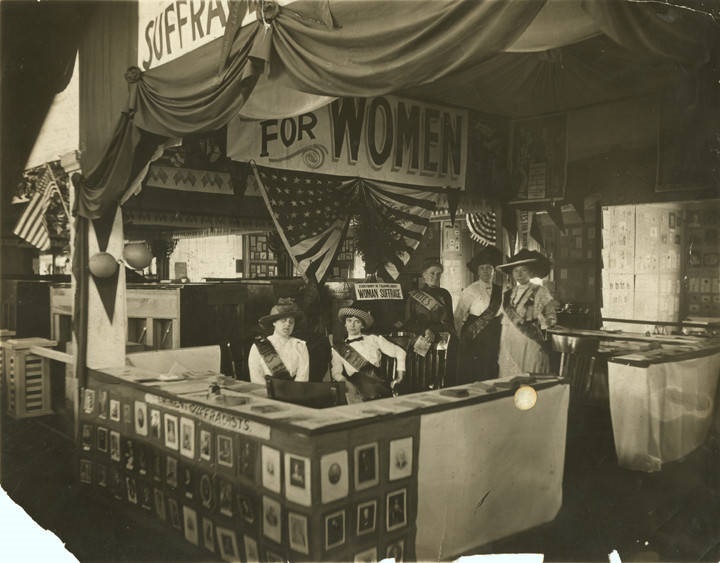 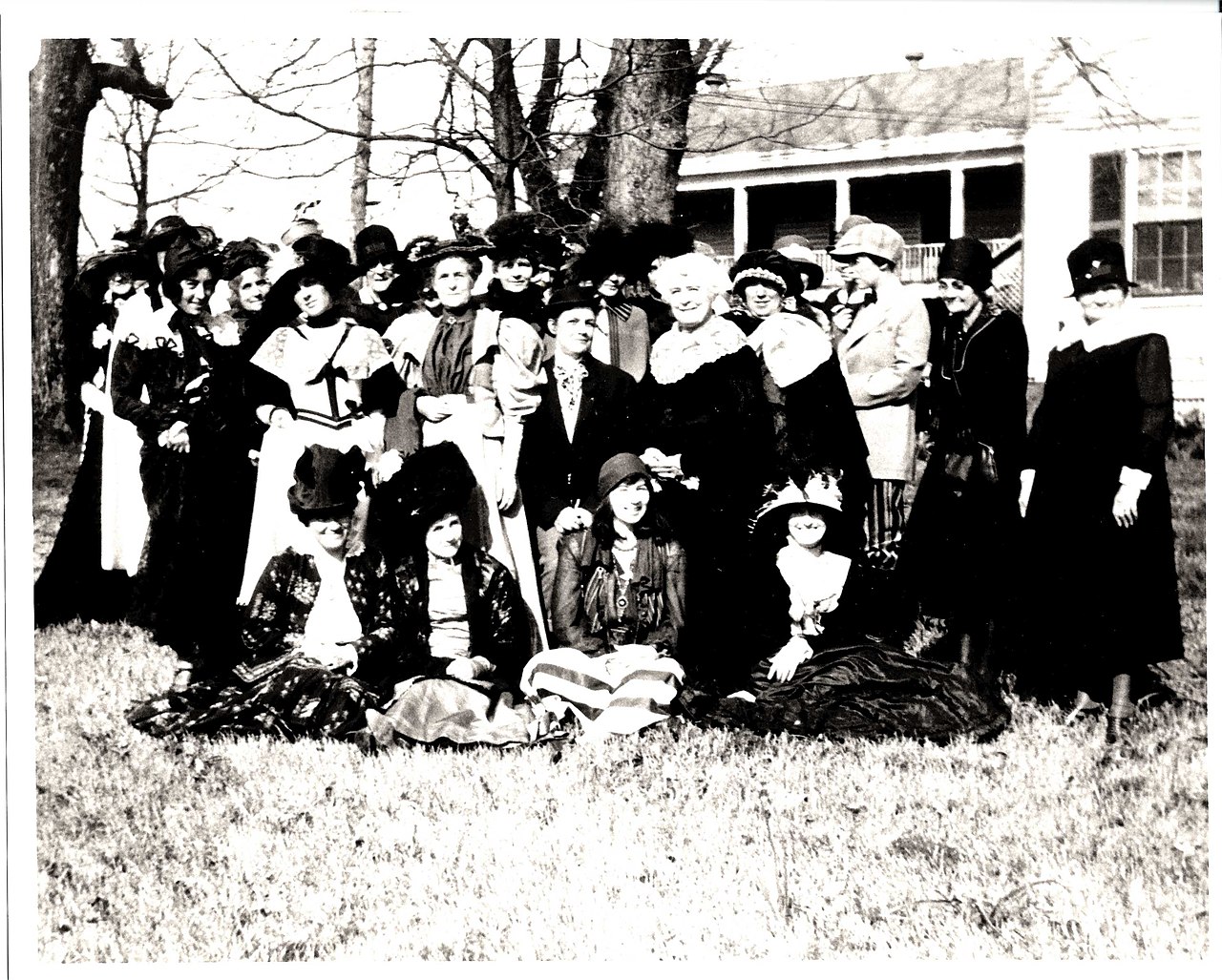 The Montgomery Advertiser, November 12, 1901, celebrating the passage of the state constitution which limited the vote of African Americans and lower class whites. 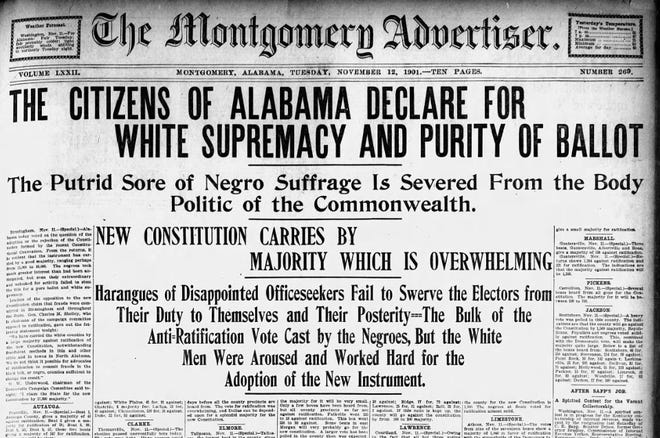 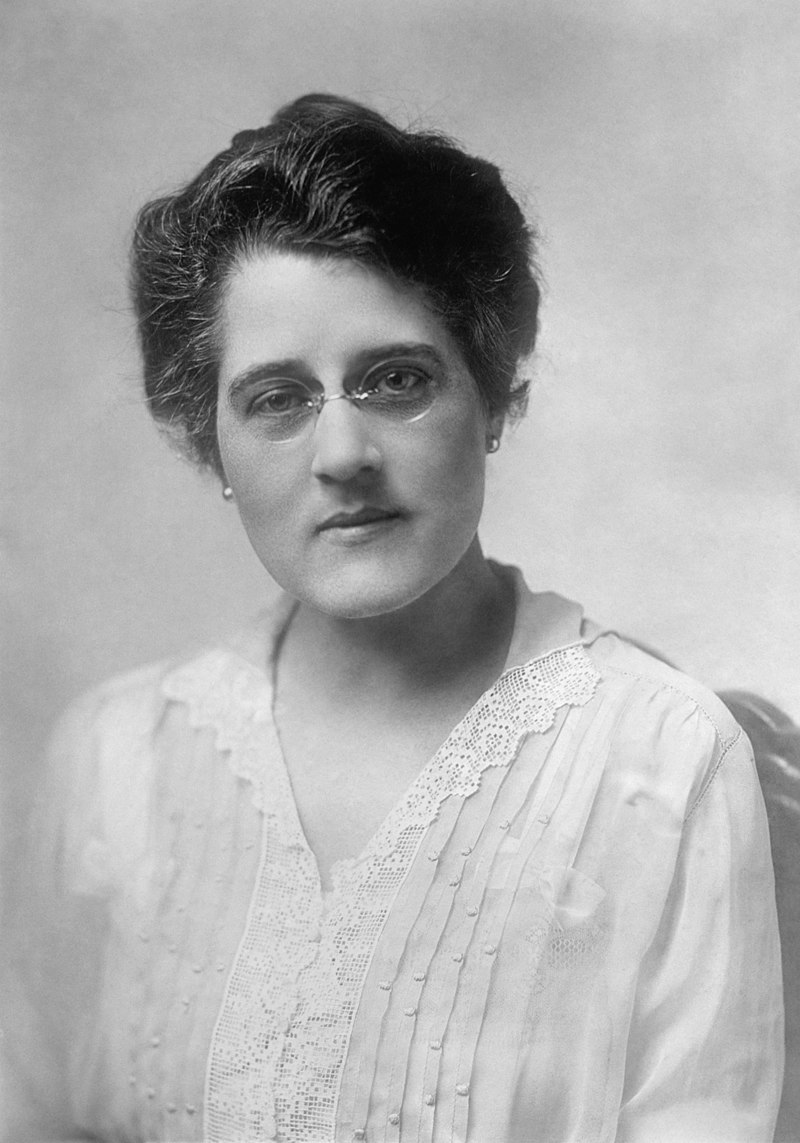 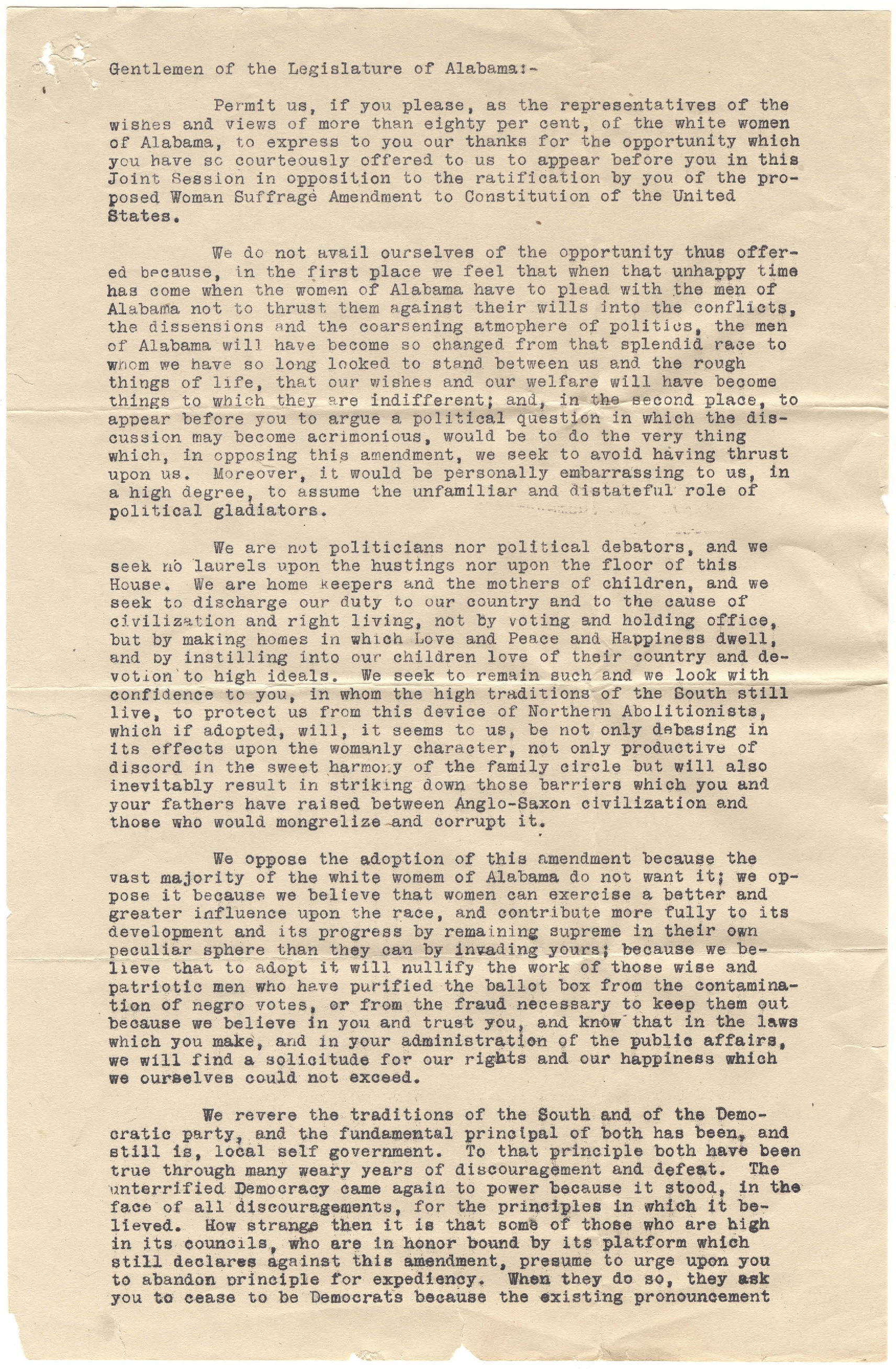 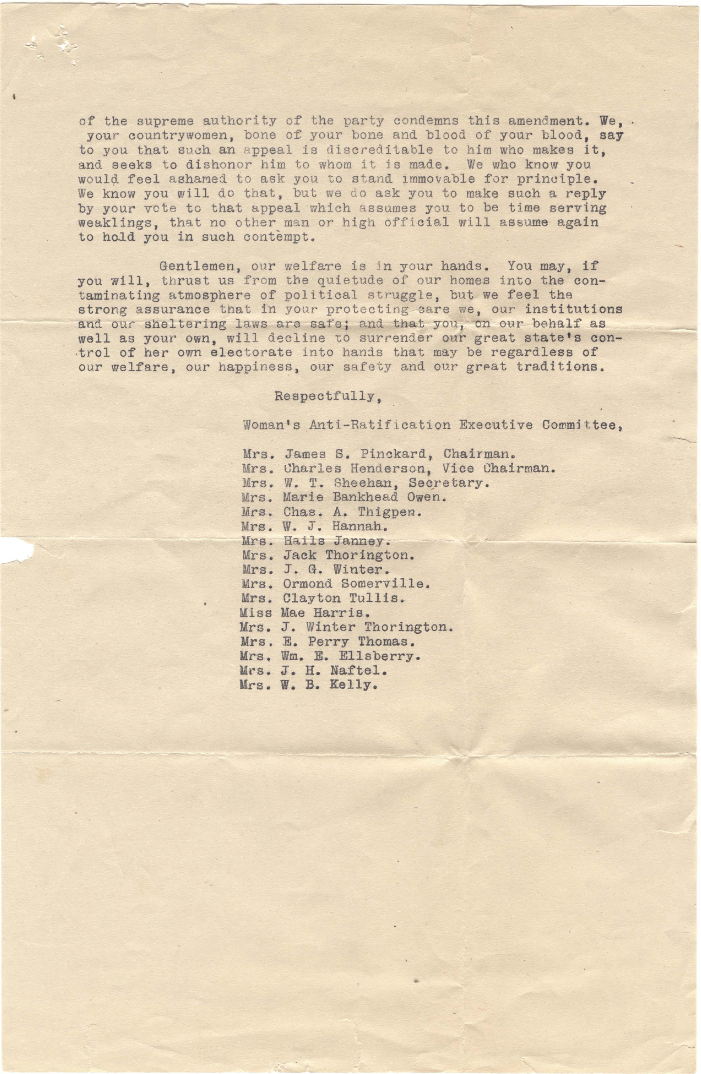 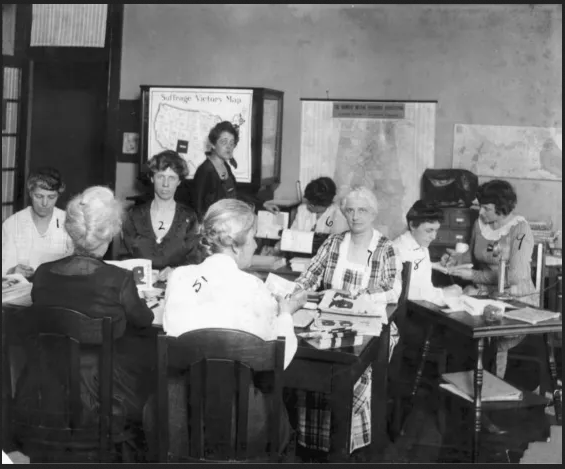 Suffrage was not a popular cause in Alabama in the nineteenth century, although women did work in the temperance movement and for reforms dealing with children. The first period of suffrage organization began in 1892 with the formation of the Alabama Woman Suffrage Association. For the next several years suffragists worked to convince Alabama politicians to add an equal suffrage clause to the state constitution when they met in the 1901 constitutional convention. Delegates to the convention refused to add the clause because their main focus was restricting African American suffrage, not expanding voting rights in the state. This defeat largely ended the suffrage movement in Alabama for about a decade. Pattie Ruffner Jacobs reinvigorated the suffrage movement in 1911 by organizing the Birmingham Equal Suffrage Association because she wanted the vote to be able to address needed labor reforms. As the movement grew Jacobs helped found the Alabama Equal Suffrage Association on October 9, 1912. Initially, suffragists focused on getting an amendment in the state constitution to extend voting rights but in 1915 the state legislature rejected even putting the amendment on the ballot. Afterwards, suffragists turned their support to the national campaign for a federal suffrage amendment.

The United States Congress passed the 19th Amendment on June 4, 1919 and sent it to the states for ratification. While the Alabama Equal Suffrage Association began their campaign to support ratification, the Alabama Woman’s Anti-Ratification League organized to oppose the amendment. In addition to the usual arguments about women’s societal roles, many of the opposition arguments centered on race and denying the vote to African Americans. In a letter from the Anti-Ratification League the women equated the suffrage movement to abolitionists and mentioned keeping strong barriers between “Anglo-Saxon civilization and those who would mongrelize and corrupt it.” They argued that the majority of white women in Alabama did not want suffrage and that “we believe that to adopt it will nullify the work of those who are wise and patriotic men who have purified the ballot box from the contamination of negro votes…” The anti-suffrage campaigns won. When the Alabama legislature convened on July 8, 1919 Representative from Butler County, J. Lee Long, introduced a resolution to reject the 19th Amendment. If passed the resolution would not only defeat the ratification of the amendment, it would also adopt a resolution on the record that rejected it. In the final vote on September 22, 1919 Alabama rejected the 19th Amendment.

Alabama finally ratified the 19th Amendment on September 19, 1953 with the state legislature stating that they needed to “record its approval of extending the right of suffrage to women.”

"Letter from the executive committee of the Alabama Woman's Anti-Ratification League to a joint session of the Alabama legislature." Alabama Department of Archives & History. Accessed July 21, 2021. https://digital.archives.alabama.gov/digital/collection/voices/id/2187.

Rohr, Nancy M. "'They Are Too Sweet and Angelic to Reason,' Or, How Women Got the Vote in Alabama." September 8, 2013. Accessed July 21, 2021. http://huntsvillehistorycollection.org/hh/index.php?title=%22They_Are_Too_Sweet_and_Angelic_to_Reason,%22_Or,_How_Women_Got_the_Vote_in_Alabama.

Causey, Donna R. "Can you believe it took until 1953 for Alabama to ratify woman's right to vote?" Alabama Pioneers. Accessed July 21, 2021. https://www.alabamapioneers.com/can-you-believe-it-took-this-long-for-alabama-to-ratify-womans-right-to-vote/.