An article by Theodora Winton Youmans in the "Waukesha Freeman," August 16, 1888. 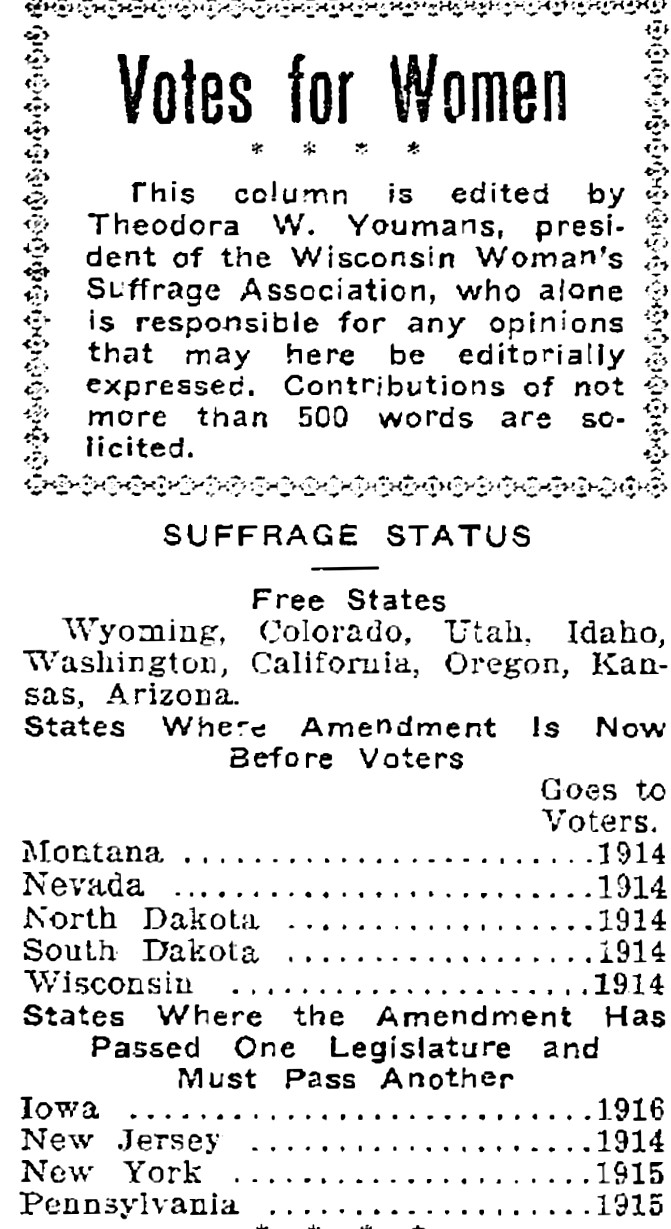 Theodora Winton Youmans announcing the end of the WWSA in the "Waukesha Freeman," March 4, 1920 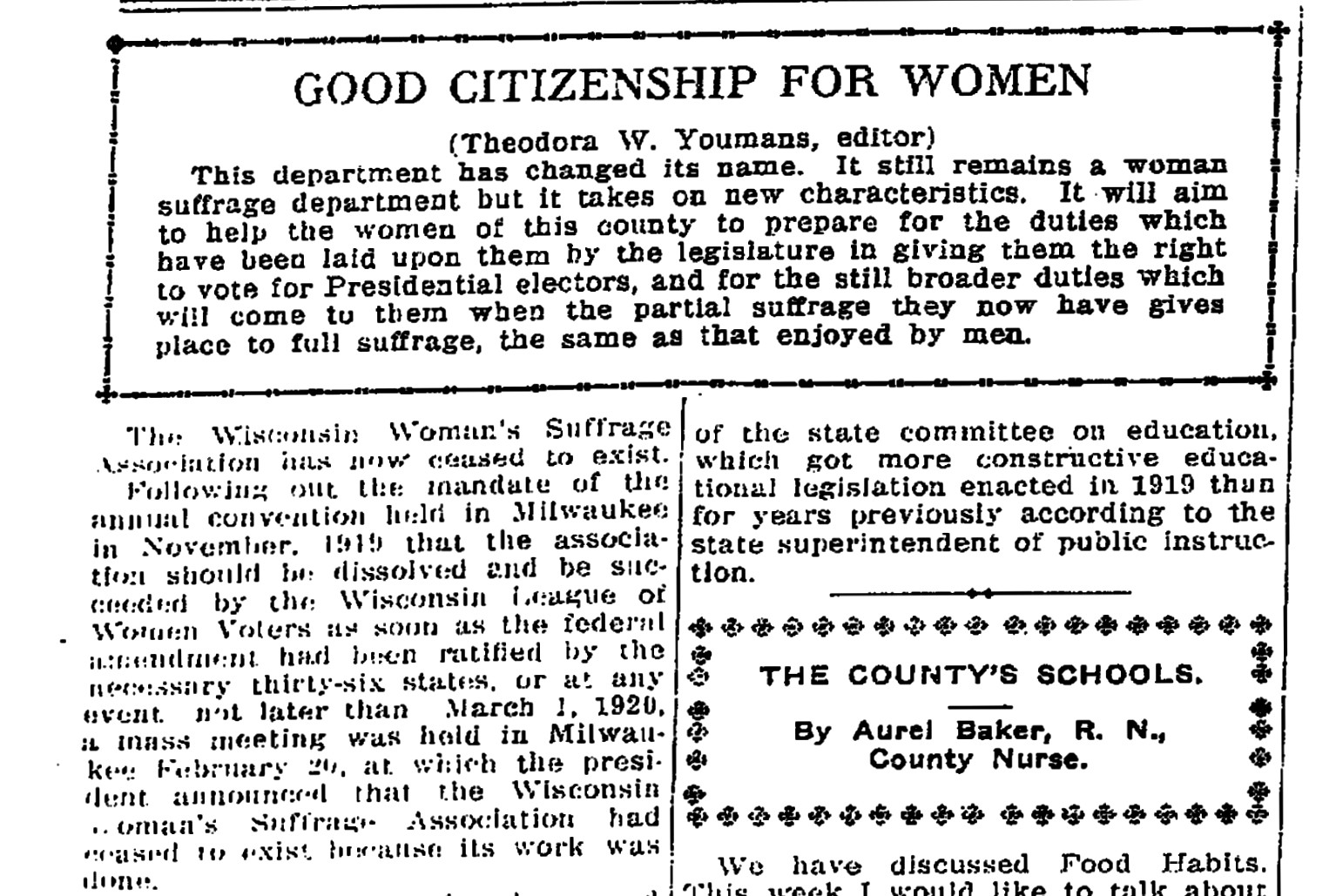 Theodora Winton Youmans (1863-1932) was a prominent journalist, suffragist, and community activist in Waukesha and throughout Wisconsin more broadly. She joined the staff of the Waukesha Freeman in 1880 and became associate editor of the paper following her marriage to editor Henry Mott Youmans in 1889. Throughout her career with the paper, she produced regular columns under titles such as “Woman’s World,” “Votes for Women,” and “Good Citizenship for Women.” She served as the paper’s publisher following her husband’s death in 1913 and continued until her own death the next year.

McBride, Genevieve G. On Wisconsin Women: Working for Their Rights from Settlement to Suffrage. Madison, WI: University of Wisconsin Press, 1993.