Item 4 of 6
This is a contributing entry for Aviation History in Lincoln, Nebraska and only appears as part of that tour.Learn More.

Hundreds of airline passengers walk past a bright red airplane everyday in the Lincoln Airport. Nearly a century old, the aircraft symbolizes an extraordinarily brief yet productive period of one of Lincoln's most prolific aircraft manufacturer.

The Arrow Aircraft Corporation was established during the heyday of Lincoln aviation production.

After producing its first airplanes in 1926 and 1927 (most notably, the Arrow Sport), the Arrow Aircraft Corporation thrived.

That is, until an unfortunate combination of the Great Depression and supply chain disasters forced a halt to production of the Arrow Sport in 1932. The entire Arrow Aircraft Corporation ceased operations in the early 1940s.

Airplanes under construction at the Arrow Aircraft Co. 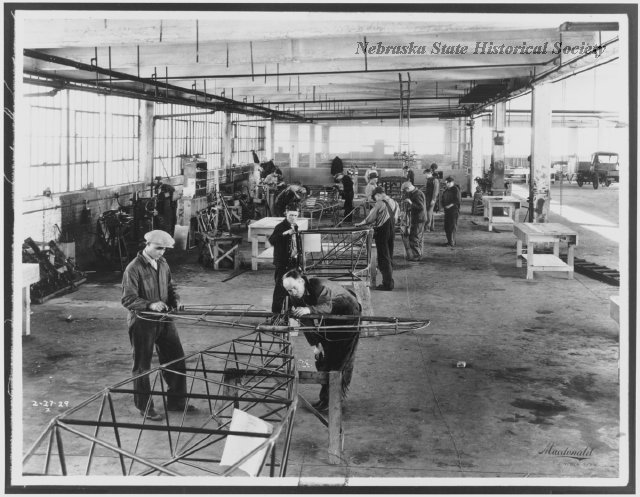 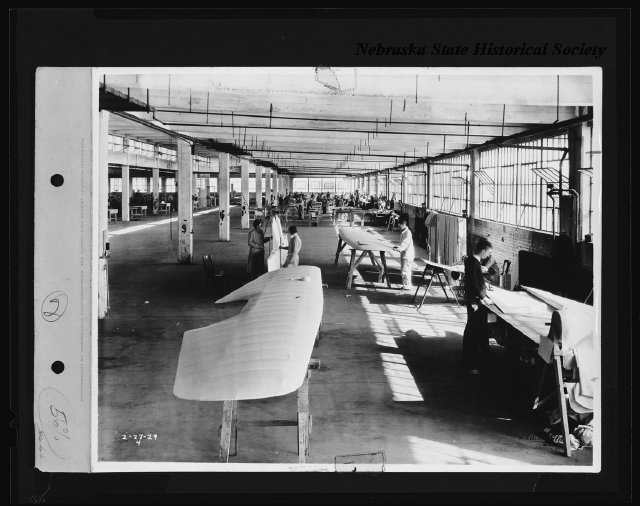 Fuselage frame of an airplane at Arrow Aircraft, c.1929 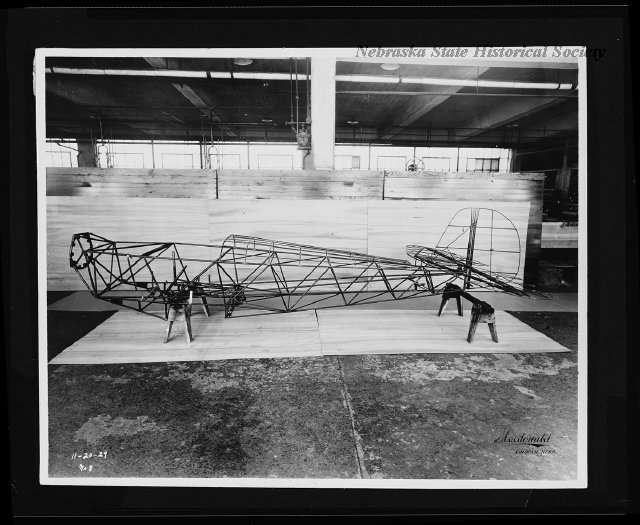 Written specifications of an Arrow Sport 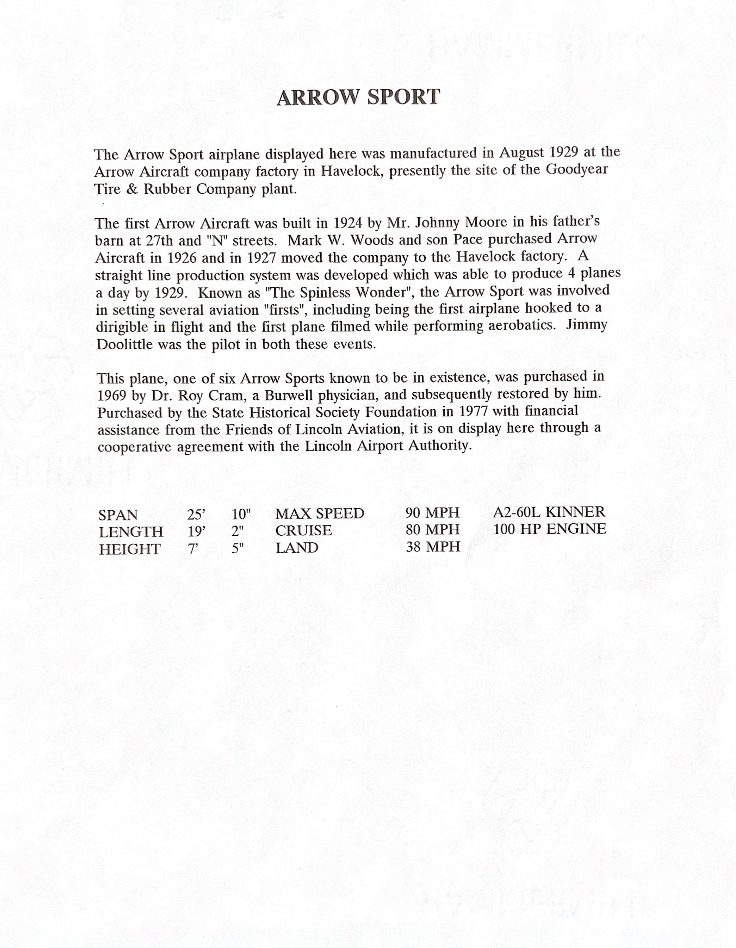 Article featuring Fred Eiche, donor of an Arrow Sport at the Lincoln Airport 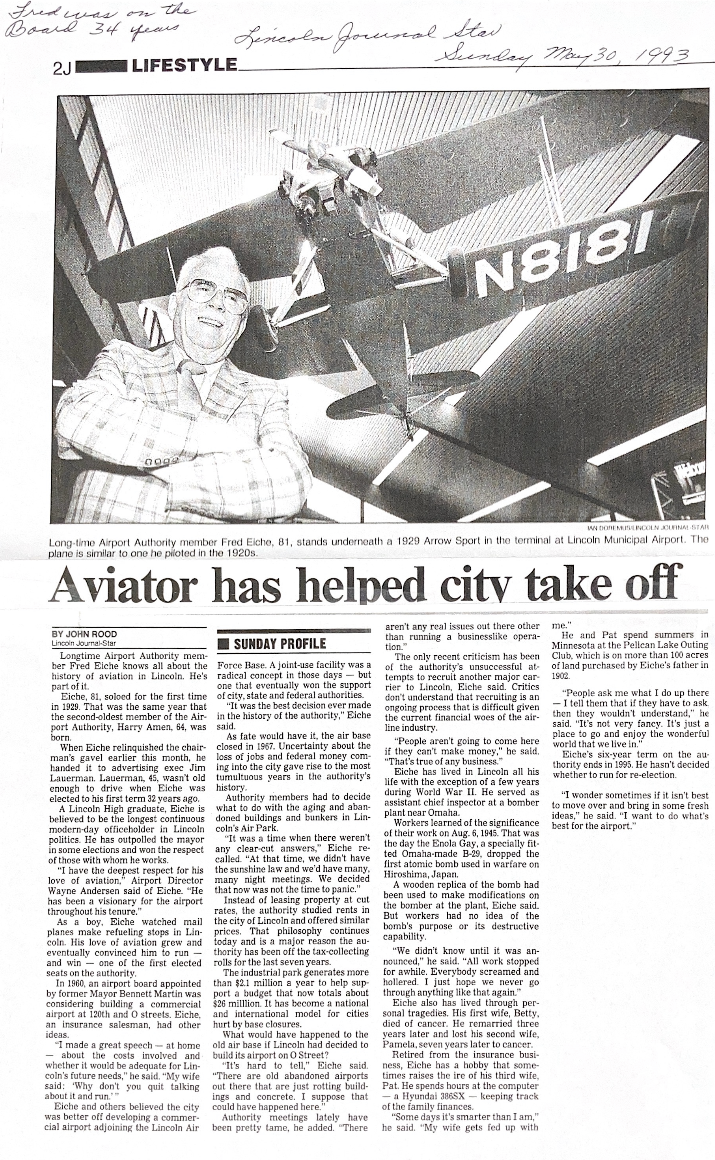 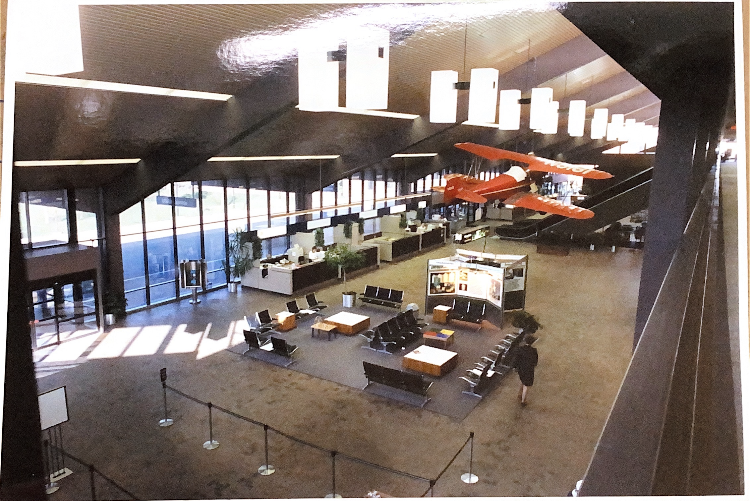 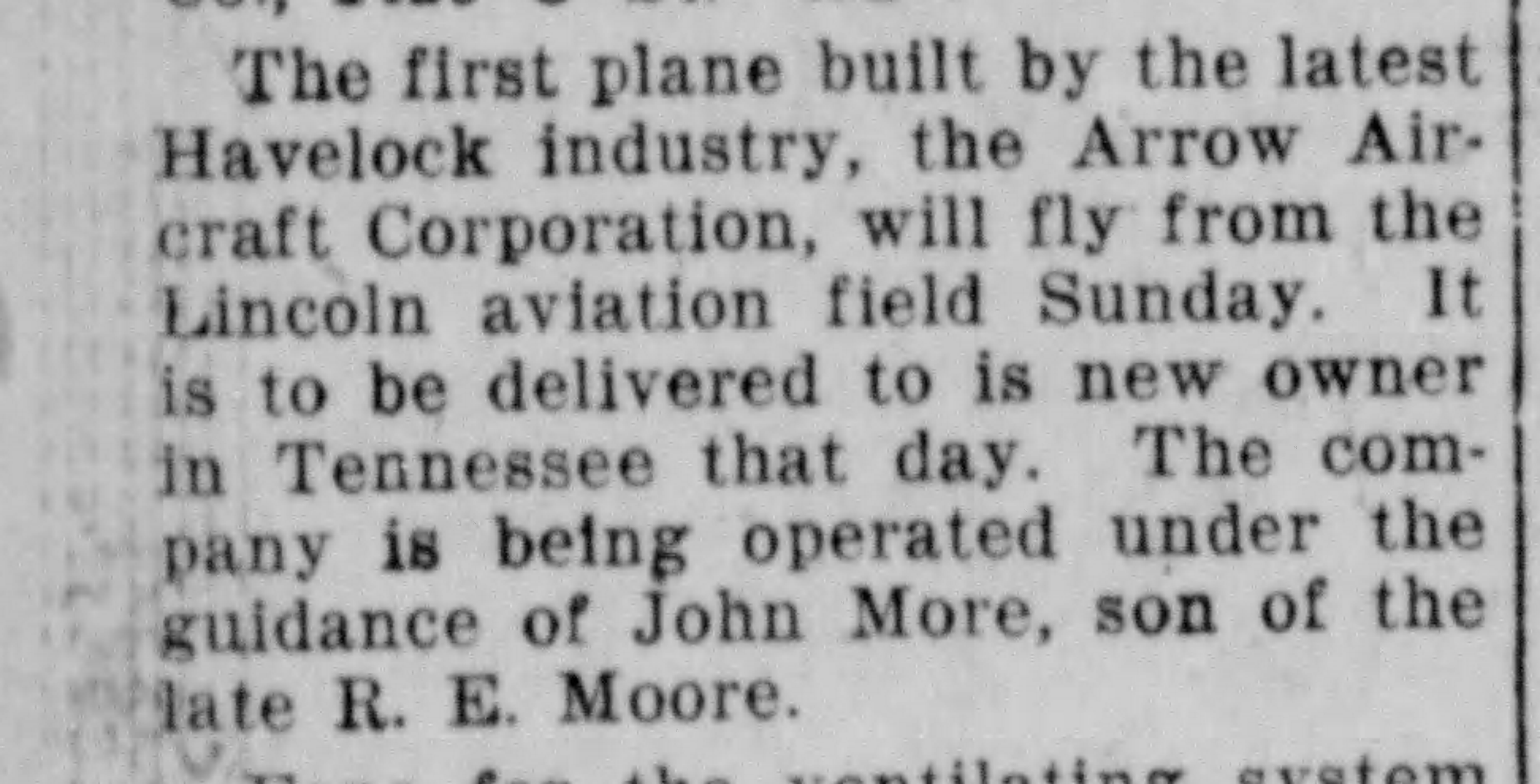 The Kelly Airmail Act of 1925 authorized private companies to bid for airmail routes and used their privately owned planes to deliver mail for the US Post Office around the country.

In 1926, President Calvin Coolidge signed the Air Commerce Act into law after growing calls for better safety and practical regulations on the burgeoning yet struggling American aviation industry. As a result, a federal campaign to create and complete safer, well-lit airways, along with other air-minded safety ambitions, began.

Around this time, the Arrow Aircraft Corporation in Havelock, NE (later annexed by the city of Lincoln), completed its first airplane. The following year, Arrow produced its iconic Arrow Sport.

With the support of new investors, Arrow thrived heading into the 1930s. Orders came in from home and abroad.

Those orders were halted when a supply chain disaster occurred. A fire at an engine plant created a shortage of engines for planed production. The economic devastation of the Great Depression further doomed production of Arrow aircrafts. The company went out of business in the 1940s.