The Grand, now an event venue, was built in 1866 as a Freemason lodge. Its architectural and decorative style, a mix of 2nd Empire and Italian Renaissance influences, mark it as a typical showpiece building of affluent late-19th-century north-central Baltimore. The building served as the Grand Lodge of Maryland Masonic Temple for over 130 years. The Grand features ten distinctive meeting rooms, including Edinburgh Hall, a room in the Tudor style modeled after the Rosslyn Chapel in Scotland. Another room features aspects of an Egyptian temple. The headquarters for the Maryland Freemasons remained in this building until 1994, when the lodge moved to the suburbs. Today, the Maryland Freemasons Lodge is in Cockeysville, Maryland.

Exterior of The Grand 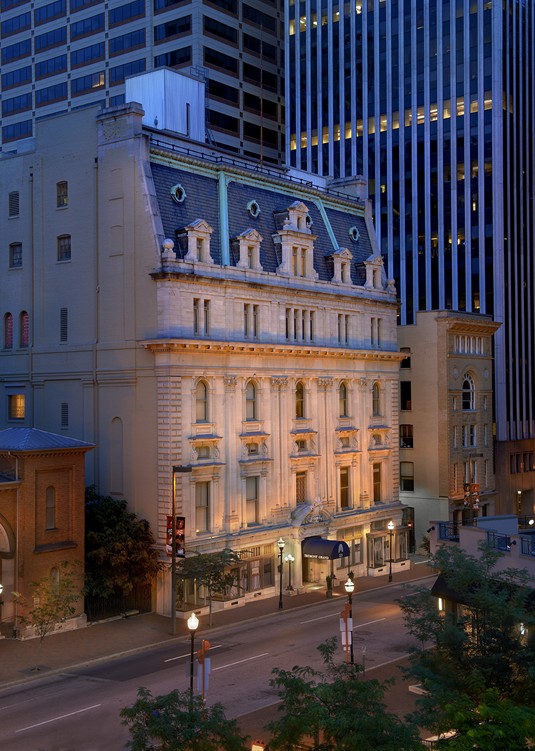 Interior of the Grand 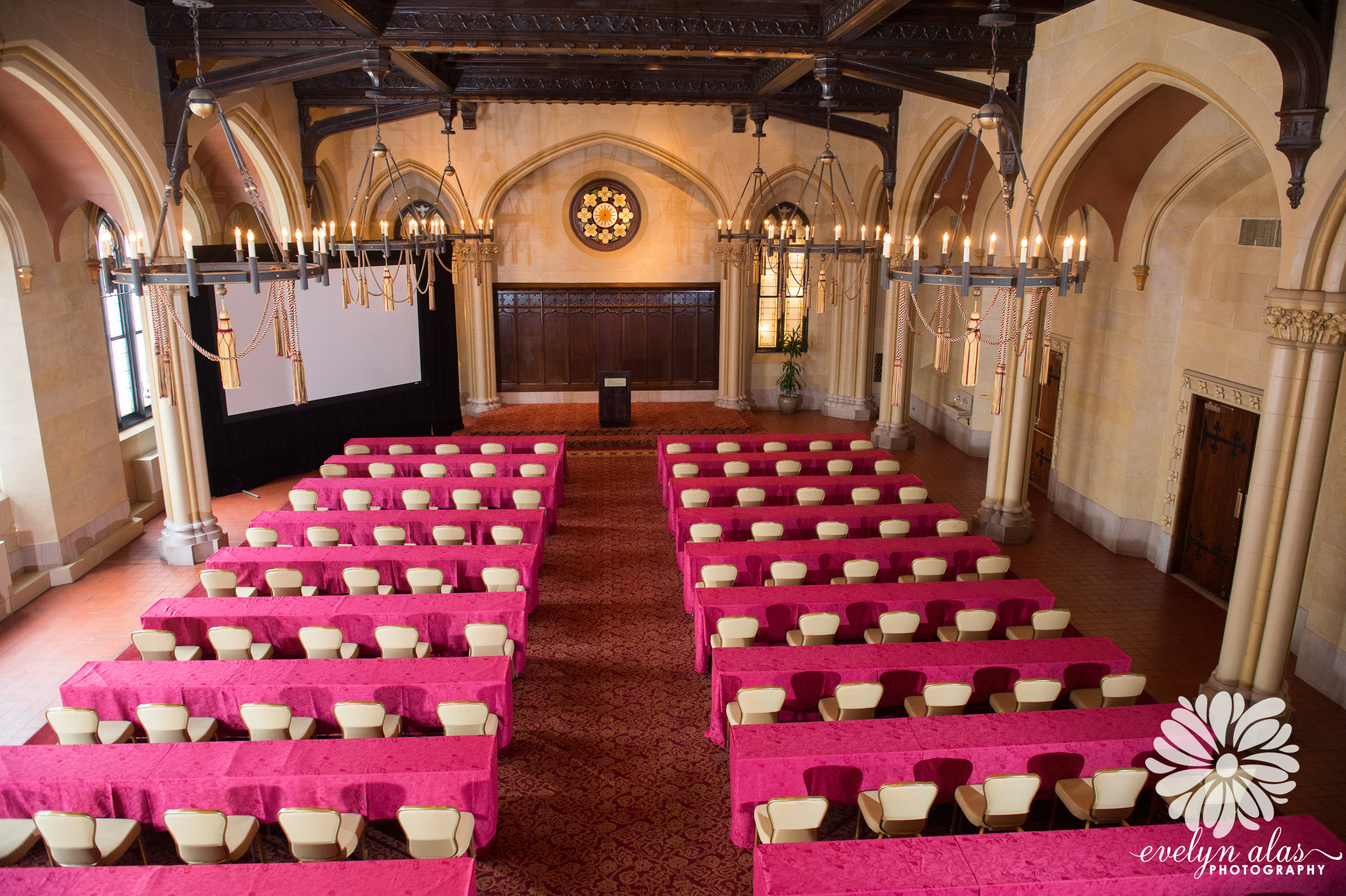 Another view of the Grand's interior 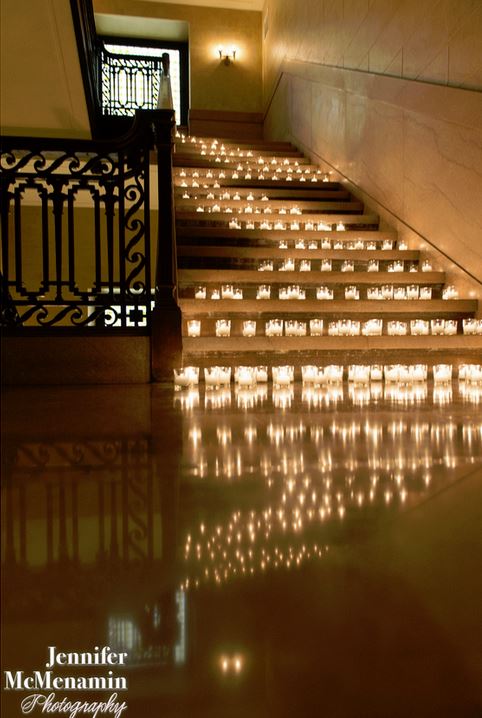 The history of the Freemasons in Baltimore has been long and prosperous. Near the end of the eighteenth century, as Baltimore itself began to flourish, so did the Freemasons. In 1793, the Freemasons of Maryland oversaw the laying of the cornerstone for the Capitol in Washington, DC. Later that year, the Fells Point Lodge in Baltimore was granted a charter, after which it was renamed the Washington Lodge No. 3. Baltimore’s growth was impeded in the early nineteenth century due to the War of 1812. Many Freemasons were involved in the war, including General Samuel Smith, who was in charge of defense for Baltimore, and Grand Master Levin Winder, who served as the Governor of Maryland from 1812-1814. Baltimore was the second largest city in the nation by the time the war ended in 1815.

In 1822, the Maryland Grand Lodge stood on the corner of St. Paul Street and Lexington Avenue. This building became a Federal Courthouse during the Civil War, and it continued to be used in courthouse affairs afterward. The Freemasons built a new Lodge for themselves on Charles St. in 1866. The building has survived a number of fires and been through multiple cycles of restoration and renovation.

The building was nearly demolished by the order of City of Baltimore officials to build a parking structure. However, while this plan was being made, Tremont Suites purchased the property and made plans to restore it. The owners of the hotel company worked with the city. They agreed to build a parking structure behind the Grand and were allowed to carry out their restoration plan.

Meanwhile, the Freemasons have moved to the suburbs. For decades, they had been purchasing property outside of Baltimore city--and they weren't the only ones interested in the suburbs. Starting in the nineteenth century, Baltimore and its surrounding suburban villages were becoming increasingly interconnected, first by horsecar railway lines, then by electric streetcar. More than 100 suburban communities encircled Baltimore by 1900. Suburbanization increased during the twentieth century, driven in part by federal subsidies, in part by demolition of housing within the city, and in part by growing numbers of families who wanted to leave urban life behind. Shopping centers, businesses, and industry also emerged in suburban areas. The Maryland Freemasons began work on their new Grand Lodge in Cockeysville in 1993 and sold the Baltimore Grand Lodge in 1998.

"The History of Baltimore." City of Baltimore. Accessed February 09, 2017. http://planning.baltimorecity.gov/sites/default/files/History%20of%20Baltimore.pdf. Especially p. 34 and 41-42.