The August Wilson Way Portal is a twelve-foot high sculptured doorway constructed of steel in honor of the late playwright, August Wilson. It was dedicated by the City of Seattle and the Seattle Repertory Theater in 2008. An award-winning playwright, Wilson was renowned for a series of plays that presented the history of African Americans throughout the twentieth century. He has been hailed as the American Shakespeare. 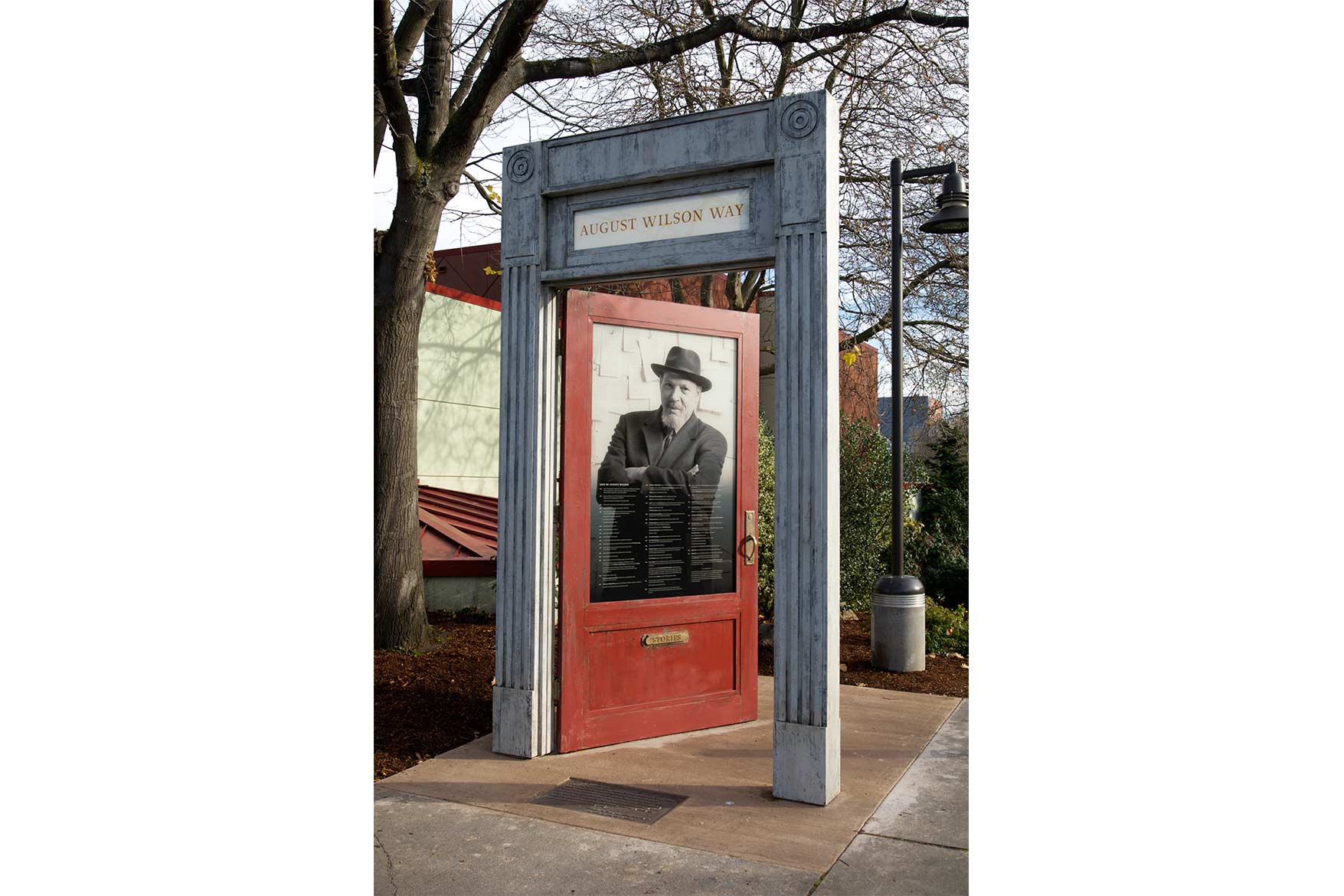 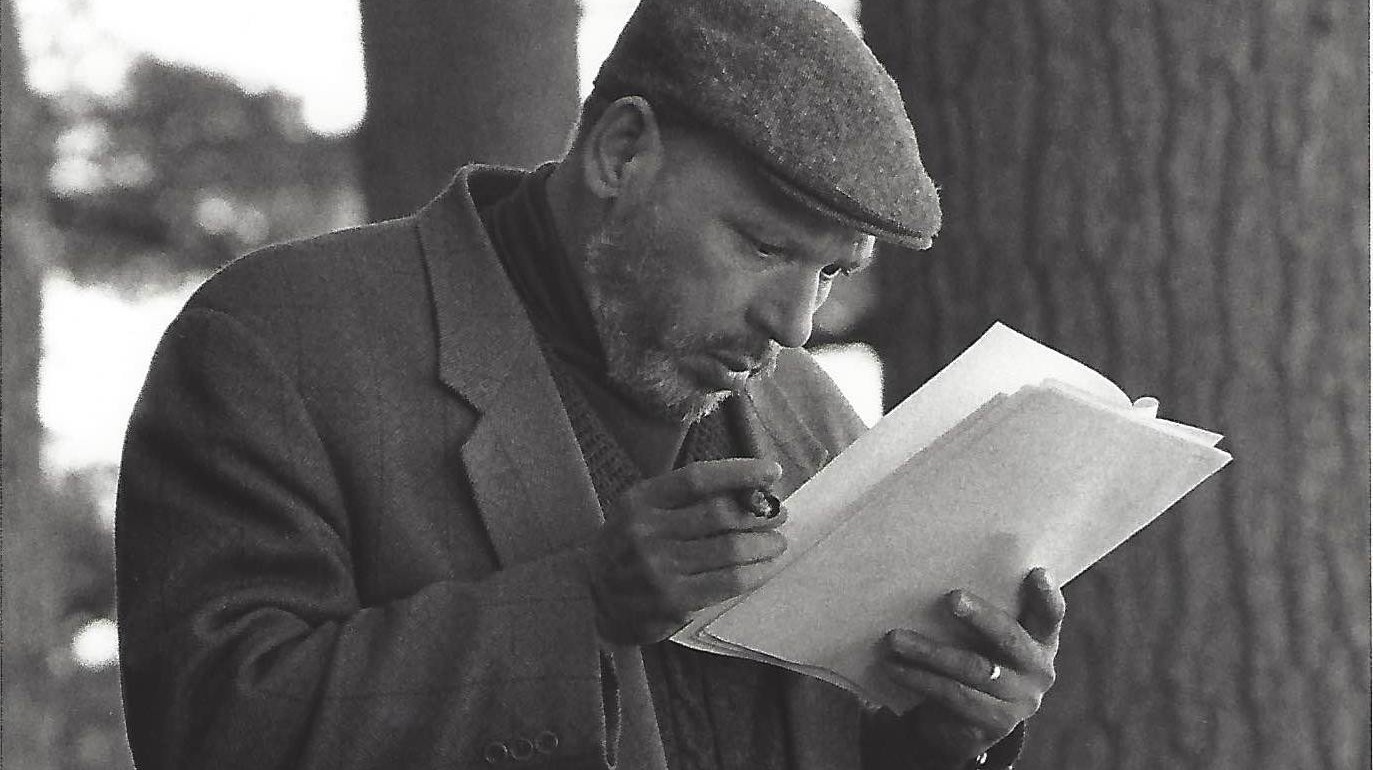 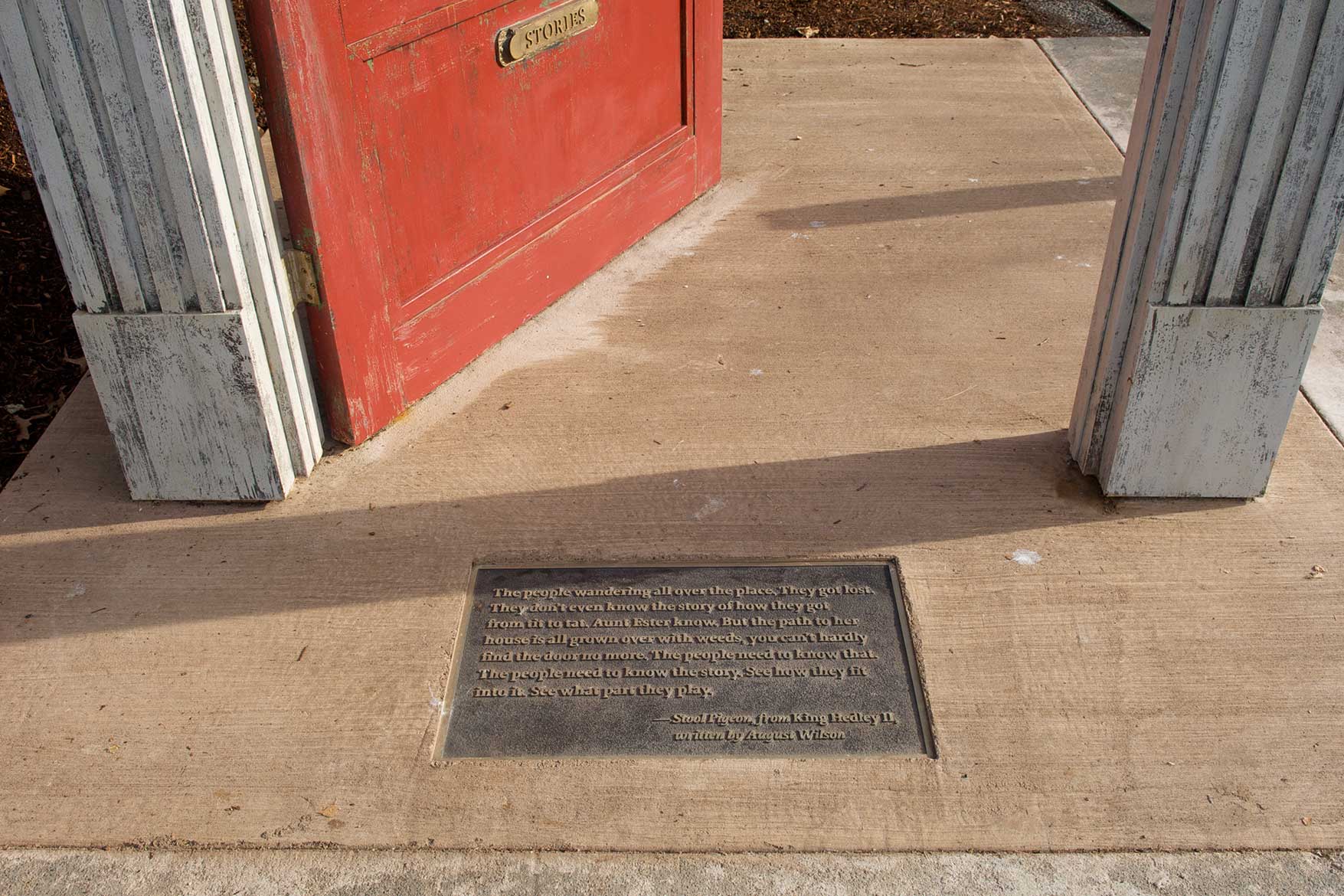 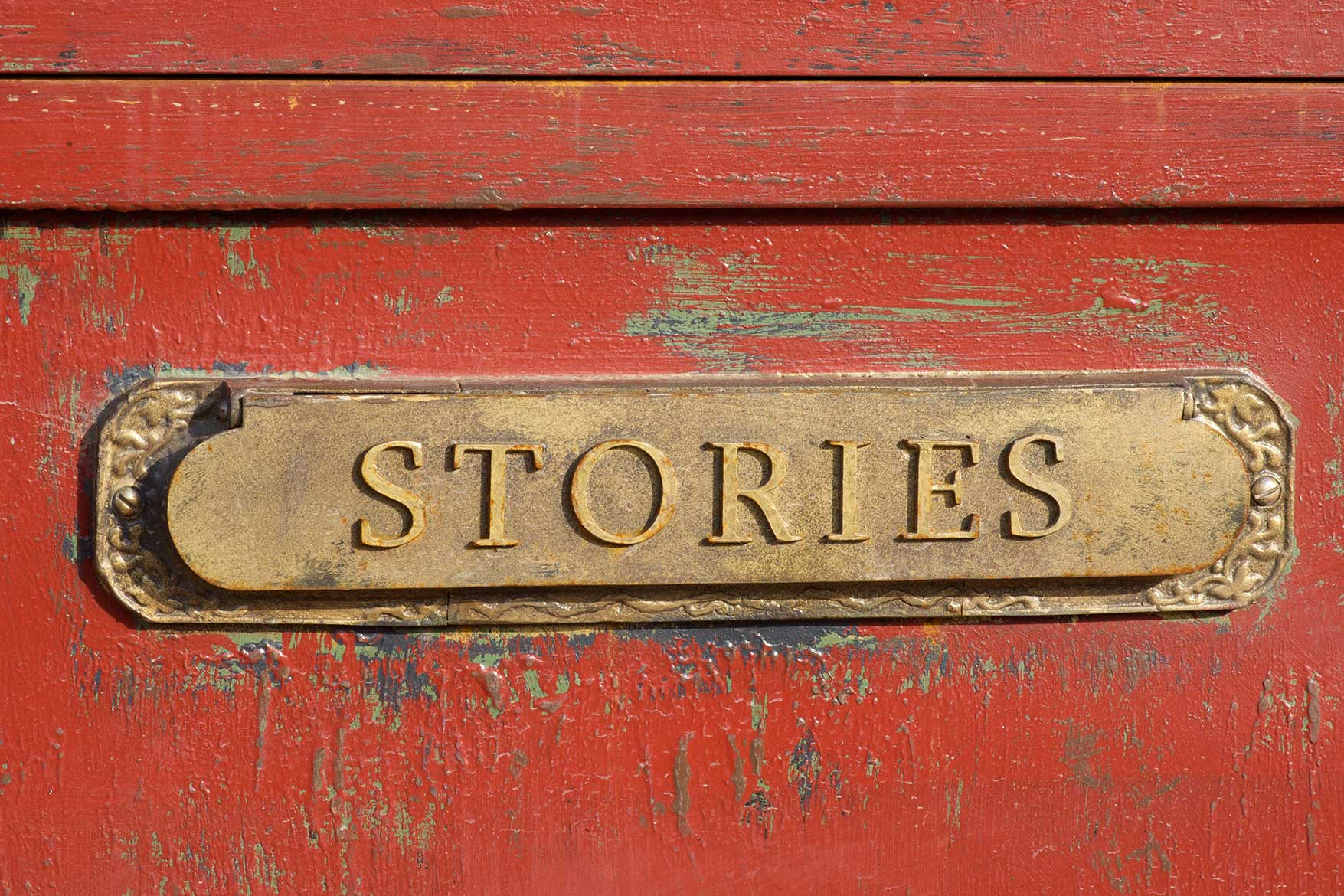 August Wilson (1945 - 2005) is a Pulitzer Prize and Tony Award winning playwright. He was raised in Pittsburgh but spent his final years living in Seattle. Initially, Wilson worked as a poet, but he began writing plays in the late 1970s. His first play performed in 1979 was titled, Jitney. Wilson's work expressed the African American experience in the twentieth century. His writing engaged deeply with themes related to family, community, identity, and history, while also directly addressing the issue of racism in America.

In terms of its appearance, the Portal is a red door with a doorframe that was constructed of steel. Steel was chosen for its durability and longevity, but it was also intended as a nod to Wilson's childhood, which he spent in Pittsburgh (a city known for its steel industry). The doorframe weighs a total of 3,000 pounds. The heft of the sculpture was intended to symbolize the weight of Wilson's ideas.

Wilson was best known for documenting the African American experience throughout the twentieth century with his creation of an epic cycle of ten plays, which have collectively been called The American Century Cycle, or The Pittsburgh Cycle. These ten plays, some of which have also been made into films, include the following:

On the red door in the August Wilson Way Portal, there appears a brass box labeled "Stories" (in lieu of a letter box), where people can virtually share their stories. This detail is symbolic of how Wilson's plays encourage audiences to examine and learn from history, including from the personal and collective stories about the past.

Wilson's plays have been performed on Broadway and throughout the country. In 1987, he won both a Pulitzer Prize and a Tony Award for his play, Fences. Several of his plays have also been adapted into award-winning films. In addition, plans are underway for a film adaptation of all ten plays in the American Century Cycle.