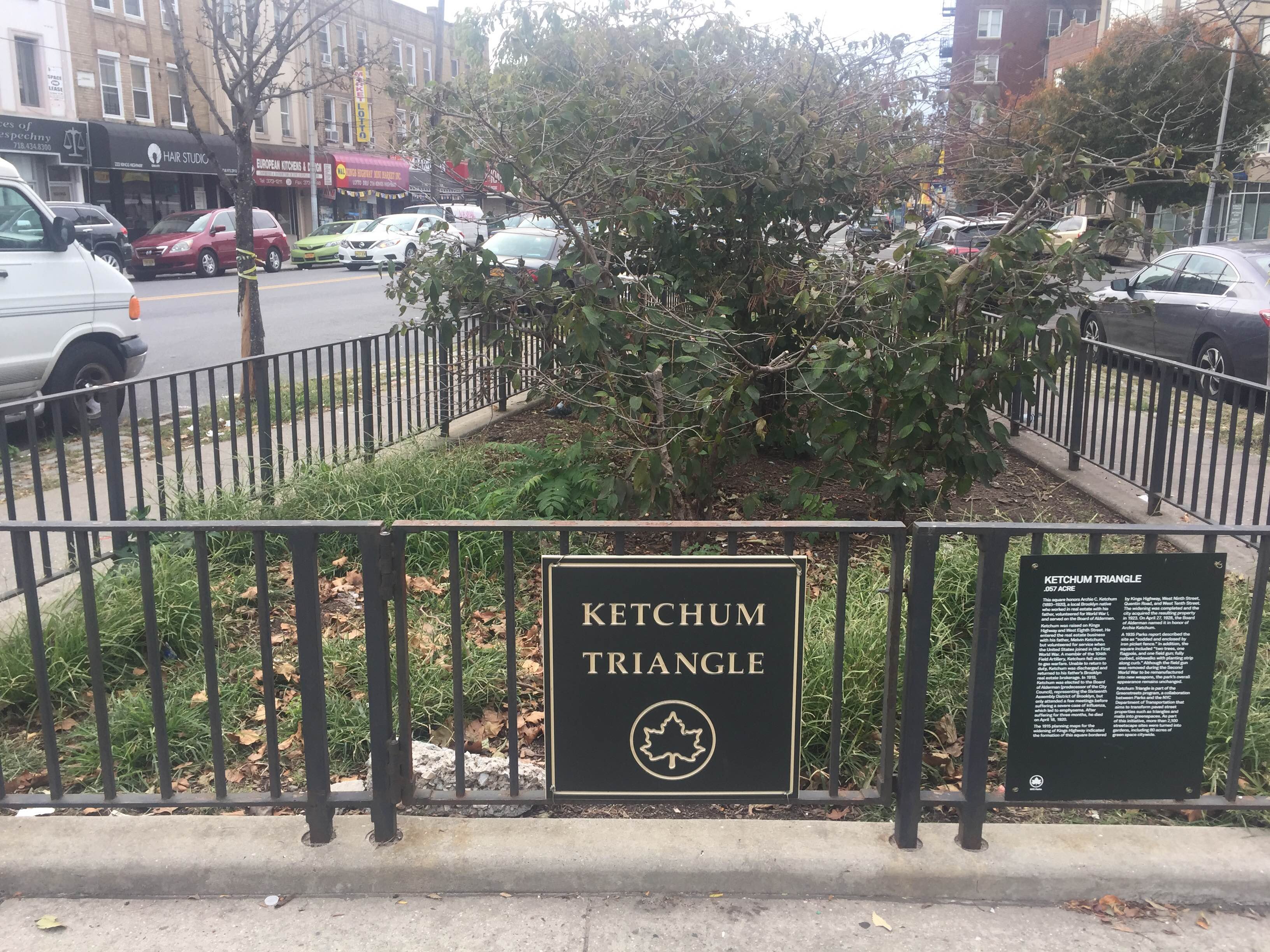 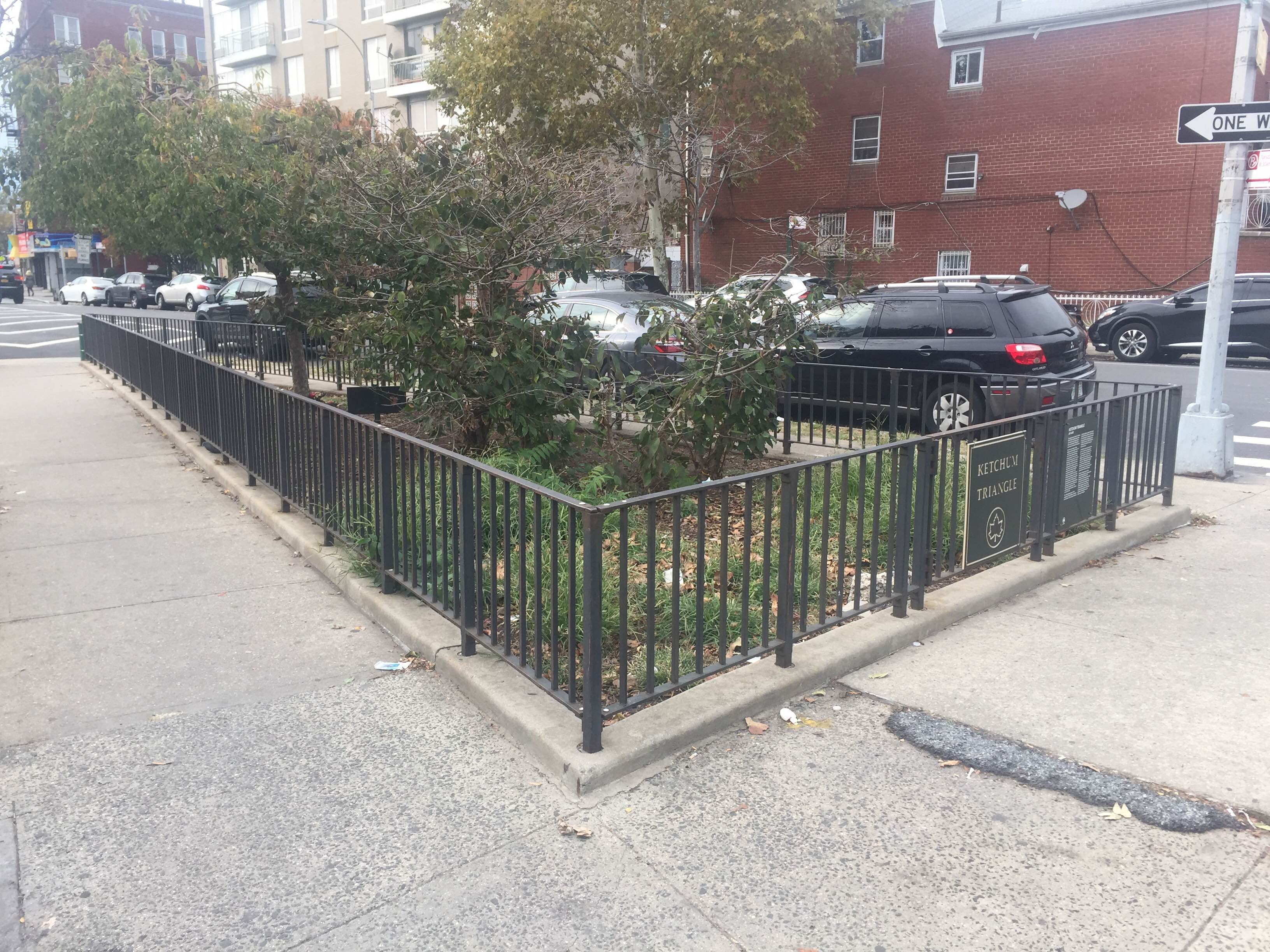 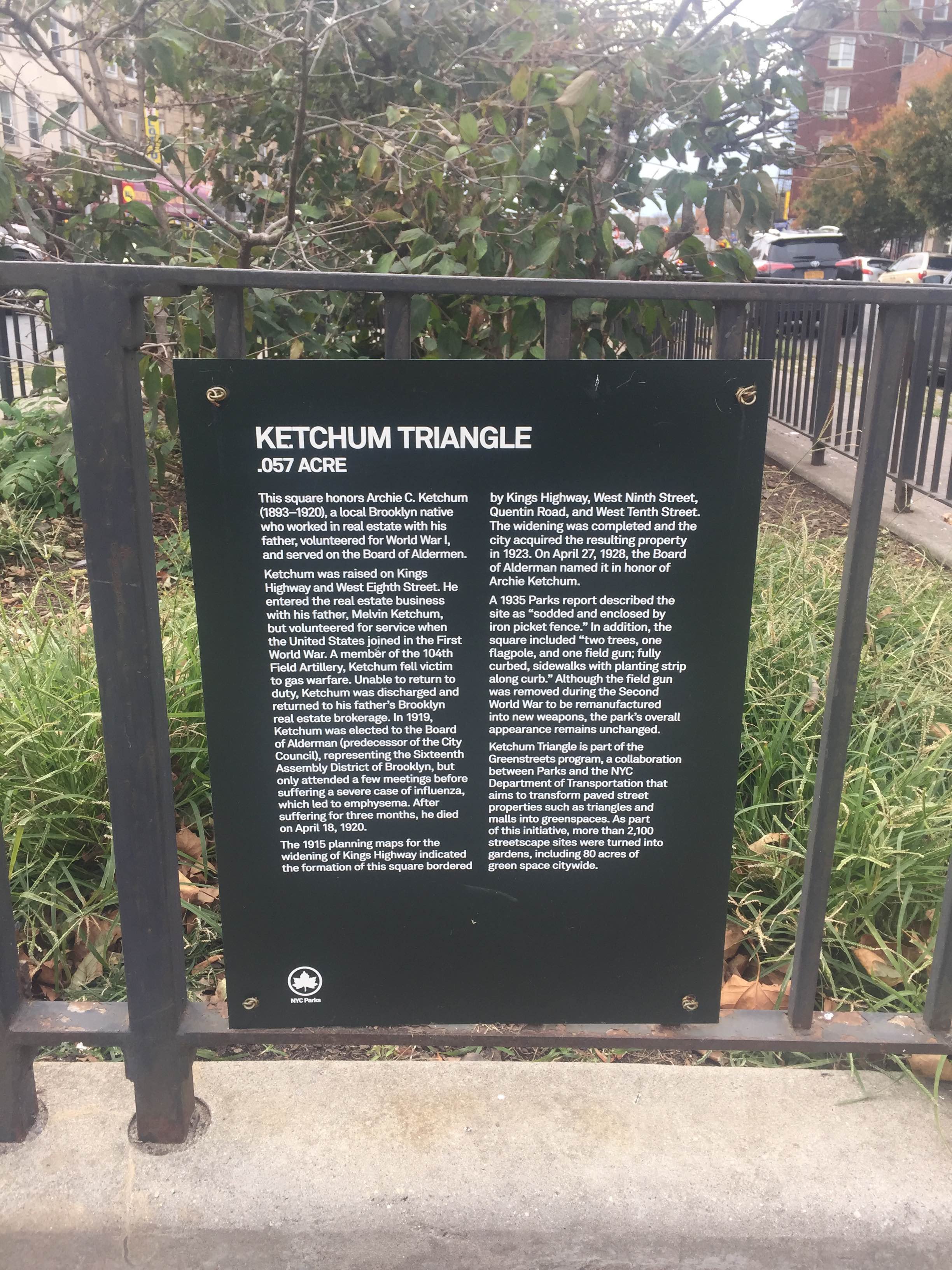 Ketchum Triangle was named in honor of Archibald “Archie” Ketchum, a Brooklyn native, New York City Alderman, and veteran of the First World War. Ketchum was born in 1893. In May 1917, Ketchum enlisted in the National Guard and was assigned to the 104th Field Artillery Regiment, an element of the 27th Infantry Division of the United States Army. Ketchum was honorably discharged in April 1919, having achieved the rank of Corporal.

After the war, Ketchum was elected Alderman of the 51st District of New York City. However, he attended only one meeting of the Board of Aldermen; Ketchum contracted Spanish influenza and died in April 1920. Ketchum is interred at Green-Wood Cemetery in Brooklyn.

Ketchum’s regiment distinguished itself in combat in World War One. The 27th Division served at the Somme, Ypres-Lys, and participated in the Meuse-Argonne Offensive in 1918. The Meuse-Argonne Offensive was the principle action of the American Expeditionary Force (AEF) in World War One. John Morrow, writing in The First World War: An Imperial History, finds that “despite its youth and uneven experience, the AEF still attained its objectives fighting through difficult terrain” during the 47-day campaign. The Meuse-Argonne Offensive drove the Fifth Army of the German Empire east of the Argonne Forest in France and facilitated the French recapture of the fortress city of Sedan. During the campaign, Ketchum's 104th Artillery Regiment relied on the French 75 mm field gun to support Allied infantry and armor.

The Triangle was conceived during the planning for the expansion of King’s Highway in 1915. In 1923, after King's Highway had been widened to accommodate increasing traffic, the City of New York acquired the property. In April 1928, the City’s Board of Alderman dedicated the space to Ketchum. Today, Ketchum Triangle is a Greenstreets site owned by the New York City Department of Transportation.