Located just east of the Mall of New York's Central Park, the 307th Infantry Memorial Grove memorializes men who served in the First World War. The memorial includes several trees with plaques that honor the individual companies within the regiment and a boulder that memorializes the regiment as a whole. The grove took the majority of the 1920s to assemble in a series of ceremonies, in which the trees and boulder were individually added to the collective memorial.

The grove's memorial boulder with a person for scale 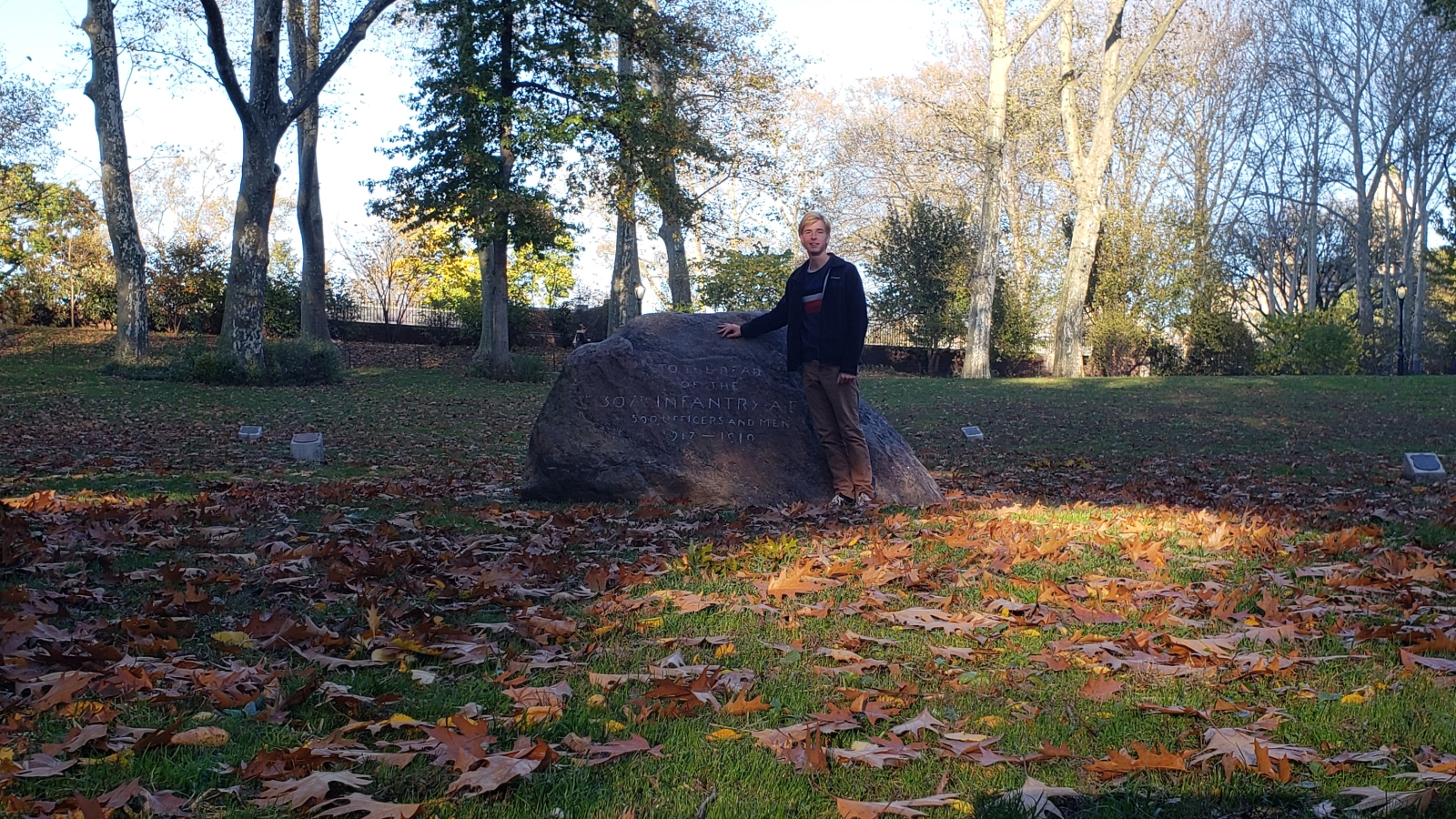 The Honor Roll on the opposite side of the boulder 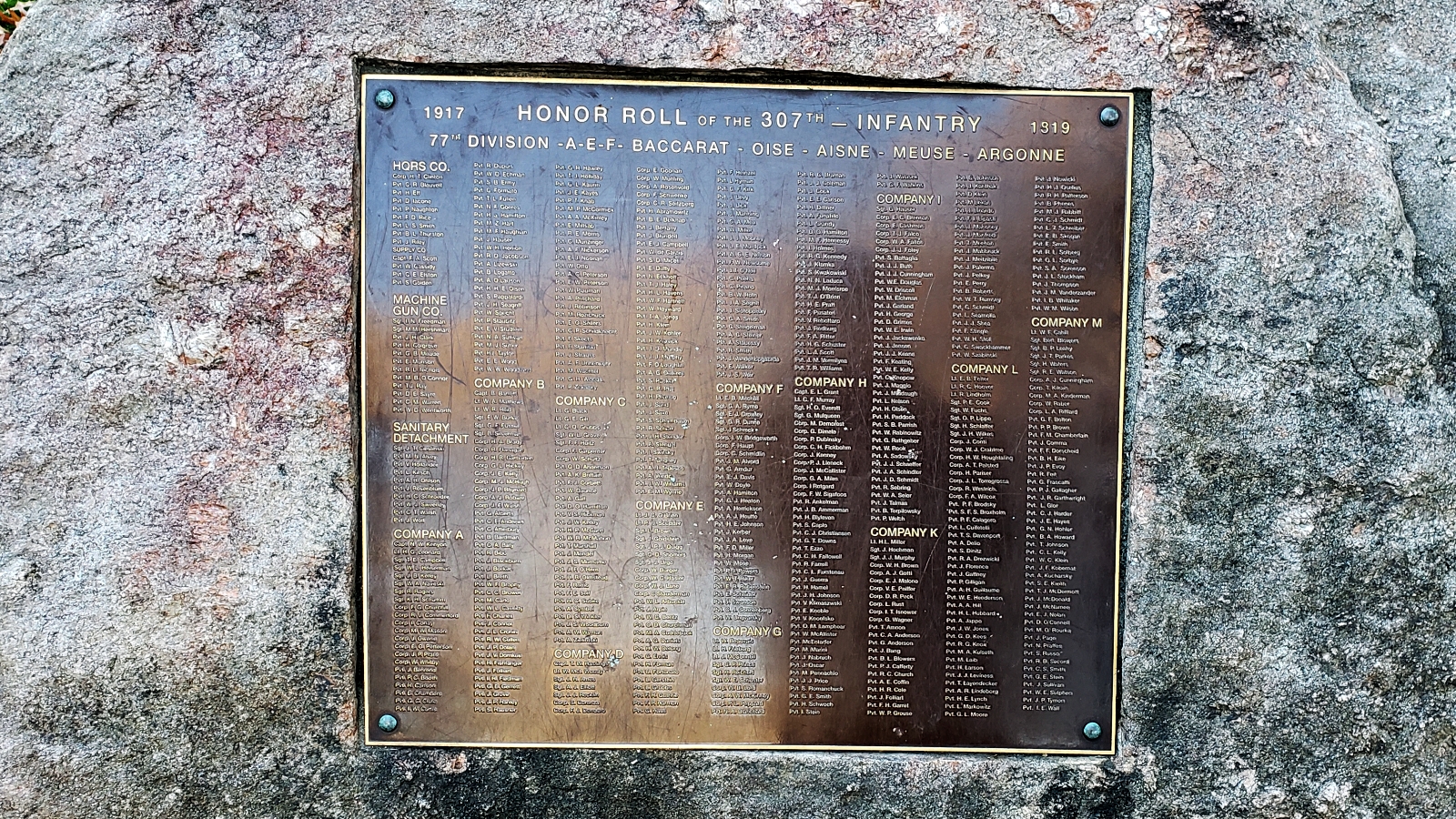 One of the remaining trees with a plaque 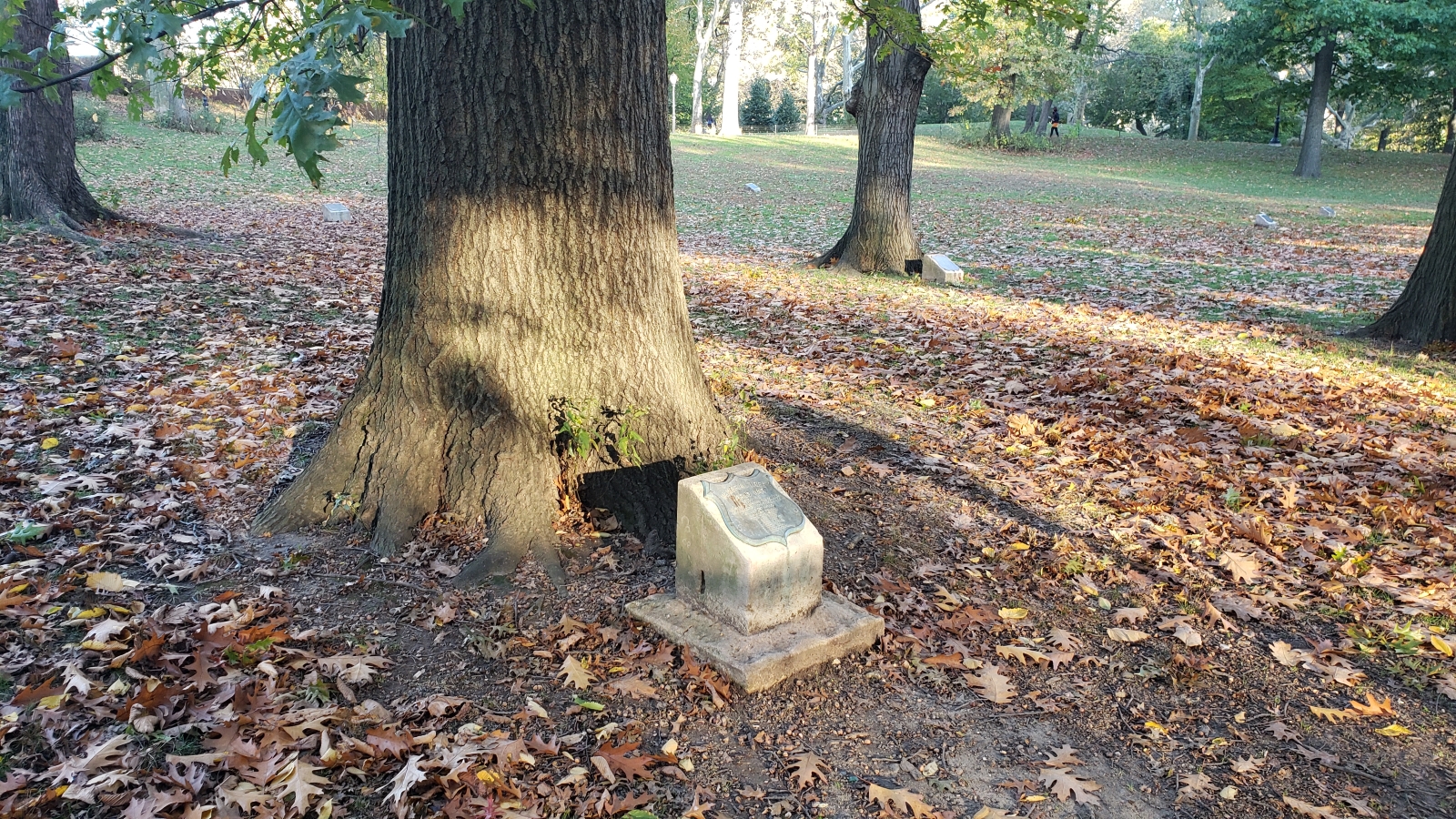 The unrelated memorial for the members of the Knights of Pythias that died in WWI. The plaques for the 307th Infantry can be seen in the background. 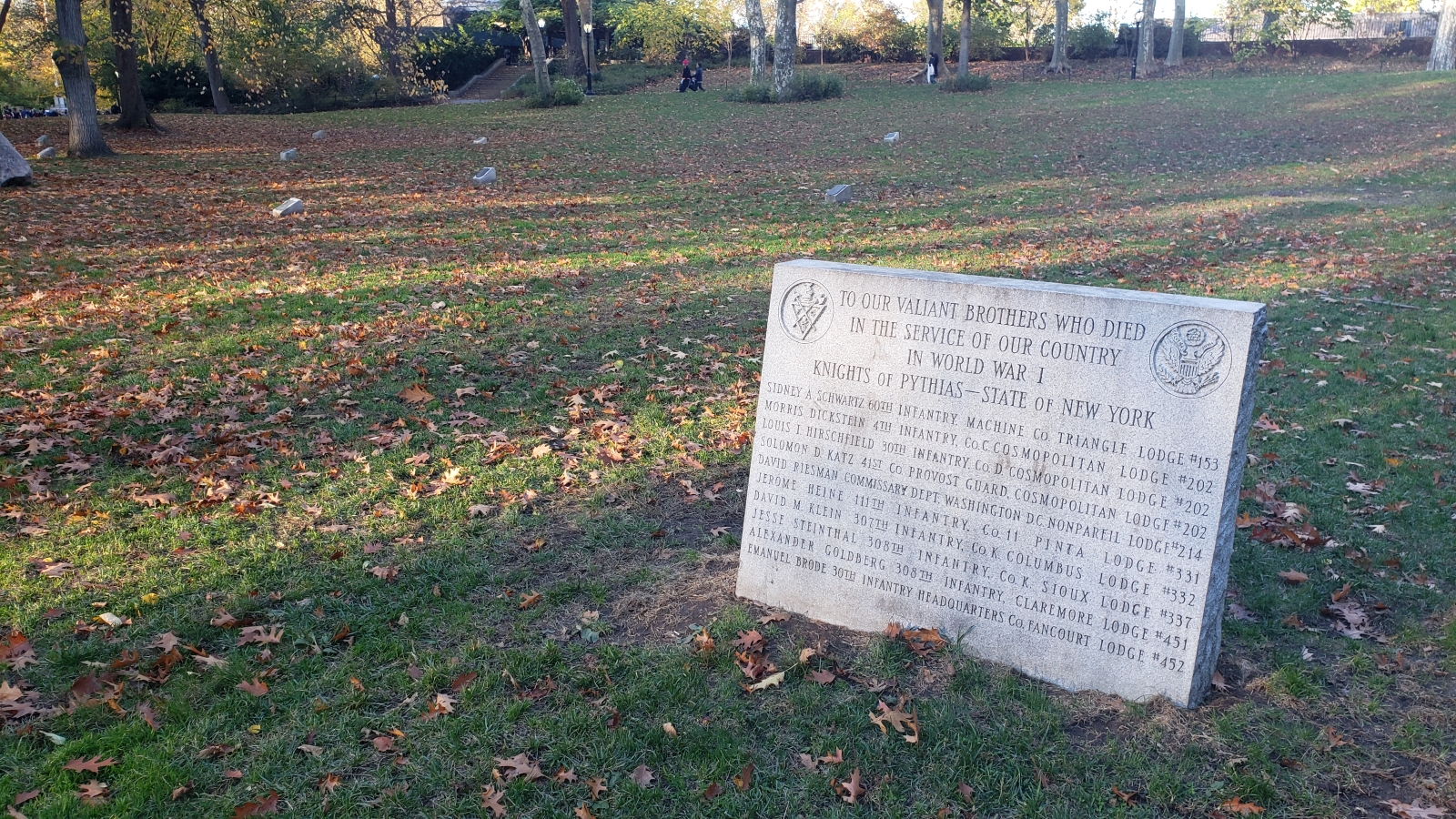 The whole memorial viewed from the south, including the Knights of Pythias memorial on the right. 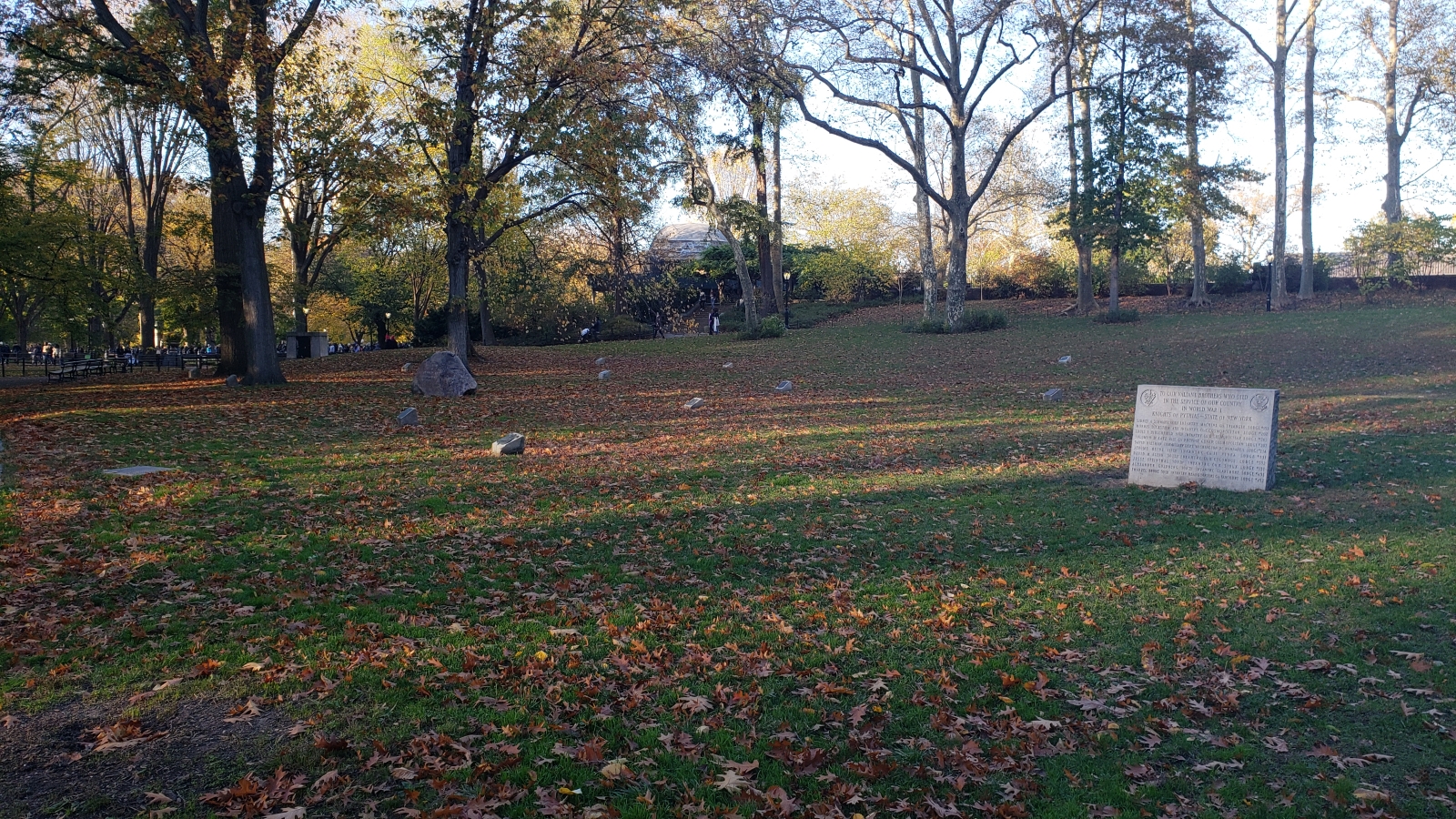 One of the plaques that stand on concrete pedestals. Shoes at the bottom shown for scale. 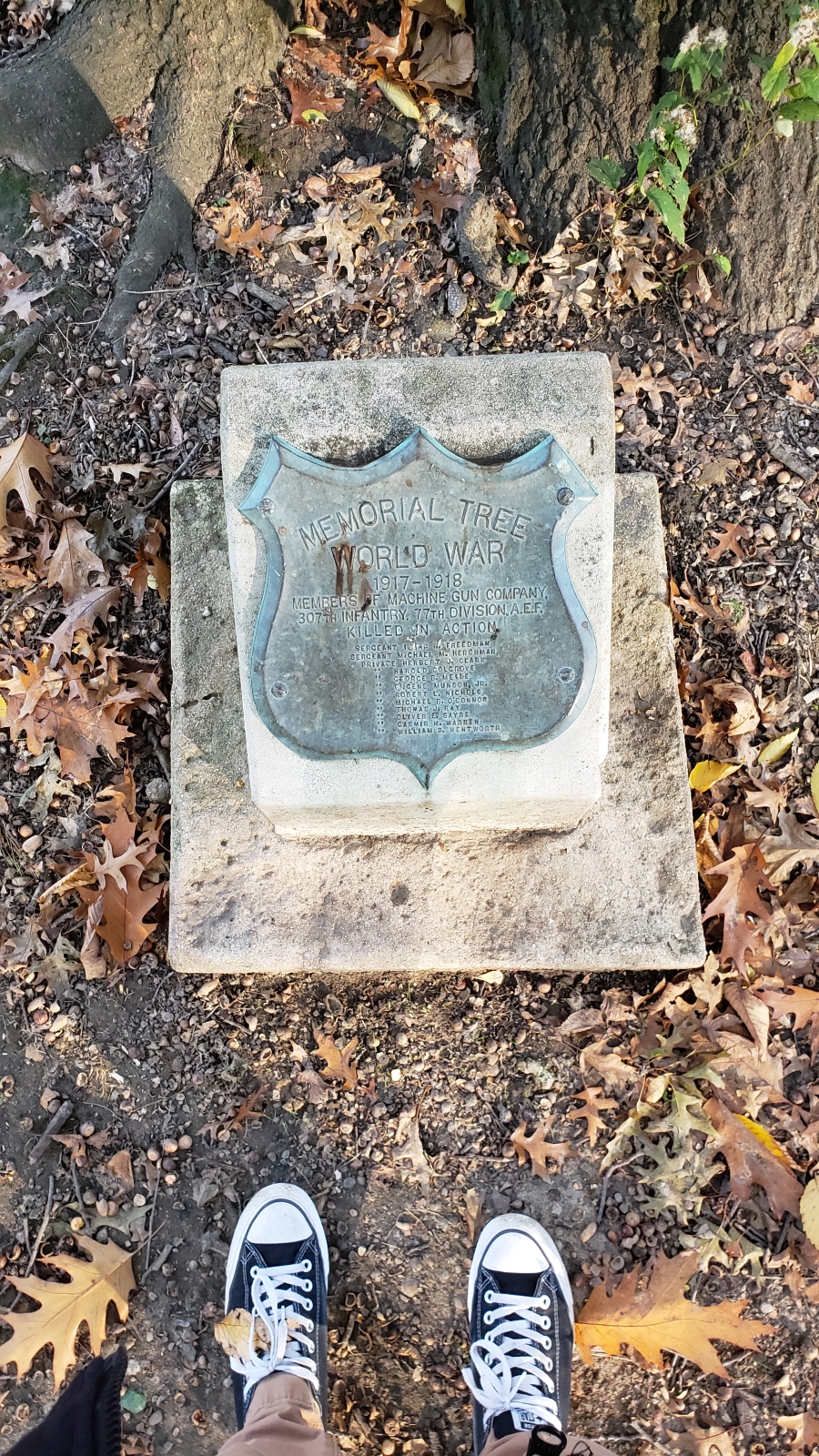 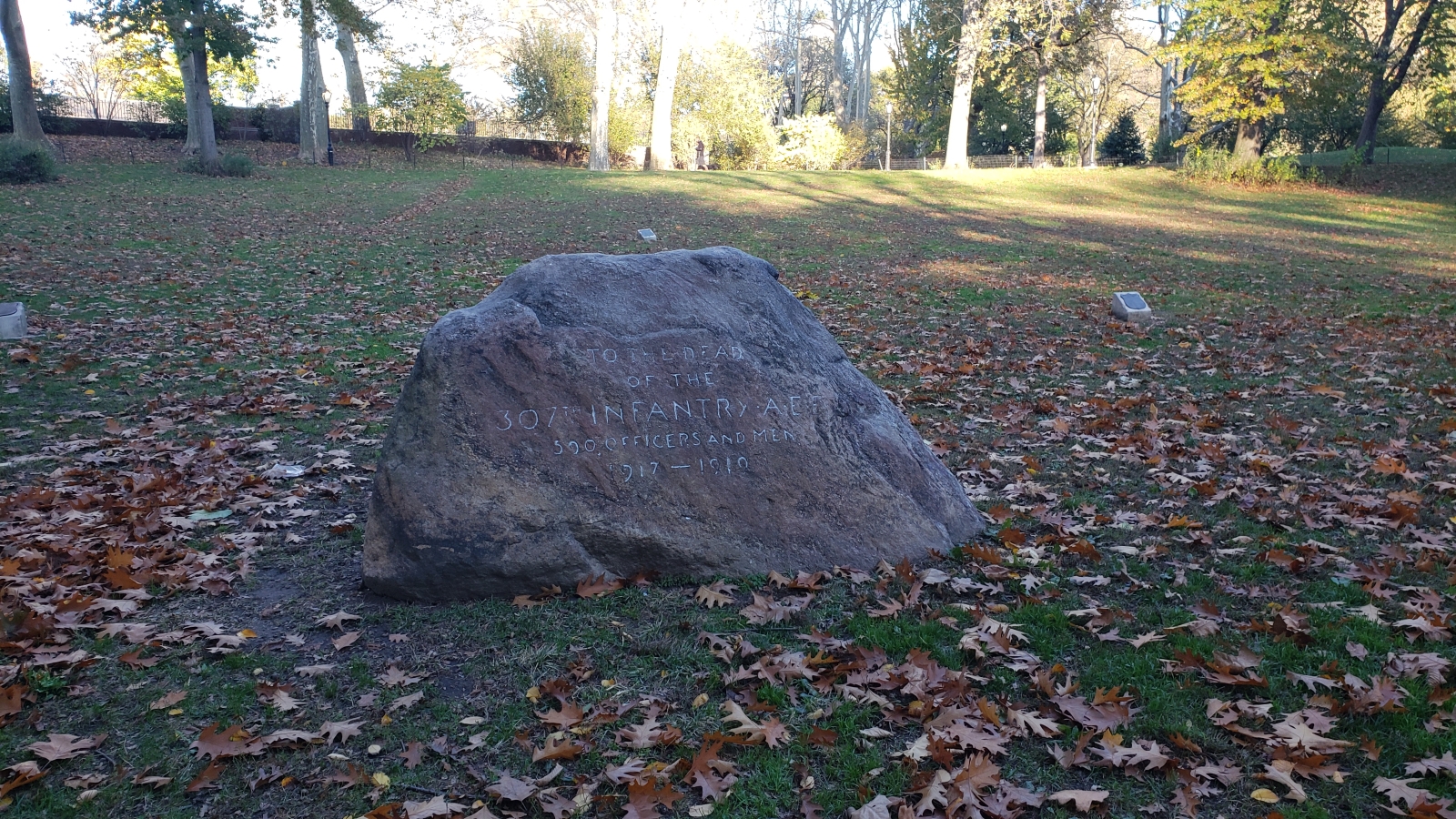 The 307th Infantry Regiment Memorial Grove as viewed from the south. 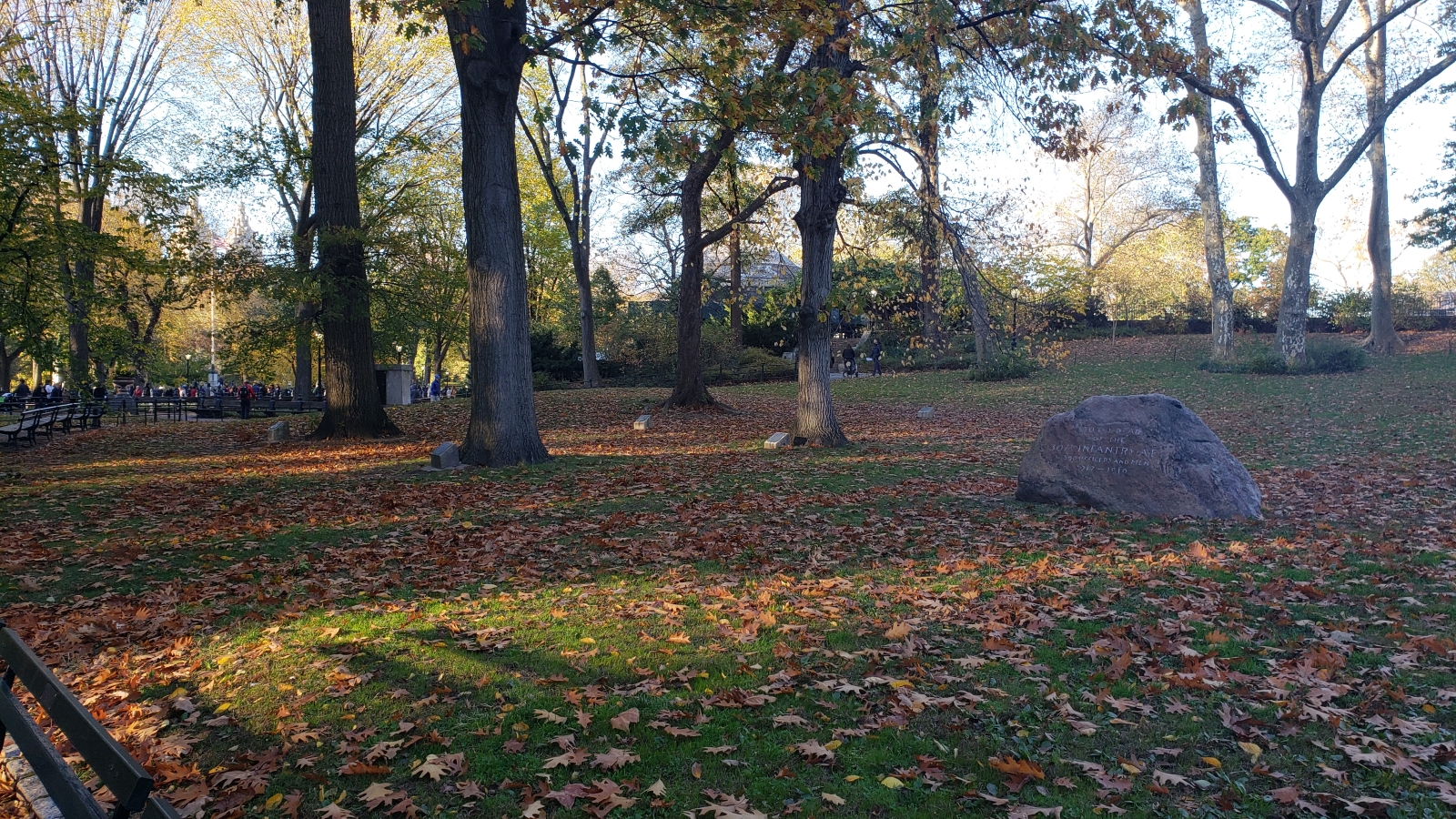 Throughout the first years of the 1920s, 18 oak trees were planted in Central Park by veterans of the 307th Infantry, 14 of which were to memorialize the 16 companies within their regiment. One tree memorialized the HQ, Supply, and Sanitary Companies, while the remaining 13 trees were planted in honor of the Machine Gun Company and Companies A, B, C, D, E, F, G, H, I, K, L, and M. The trees were originally each surrounded by a small iron fence that held a brass plaque shaped like a shield. Each plaque lists the names of the companies and the men in that company who were killed. The iron fences have since been removed and the plaques moved to concrete pedestals installed at the bases of the company trees. Today, only 3 company trees remain as well as 1 tree without a memorial plaque.

In the late 1920s, several years after the trees were planted, a boulder was placed near the center of the southwestern edge of the grove along a walking path. The side of the boulder facing the path bears a now fading engraving dedicating the grove to the 307th Infantry's fallen. On the opposite side, a plaque with an honor roll of all the companies and their dead is fixed to the rock.

Just south of the memorial on the same field, a white stone slab was installed by the Knights of Pythias with an engraving to commemorate fellow members who died in World War I. While one of the names on this stone is listed as having served in the 307th Infantry Regiment, this stone is unaffiliated with the memorial occupying the rest of the grove.