The Doughboy Statue at Chelsea Park was dedicated on April 7, 1921 after being donated by the Chelsea Memorial Committee. Its dimensions are 14'3" in height, 8' in width, and 5'6" in depth. The statue portrays a bronze figure on a pedestal in front of a wall. The figure depicts a soldier holding a rifle with a flag over his shoulders in the scene of a battle. It is named the "Doughboy" Statue because US infantrymen during World War I were referred to as doughboys, and the term itself was used during the Mexican-American war in 1846-1848 as well. After WWI, nine doughboy statues were erected in NYC parks. There is an inscription on the statue which says: "TO / THE SOLDIERS / AND SAILORS / OF CHELSEA / WORLD WAR / 1914-1918"

Selfie in front of the statue 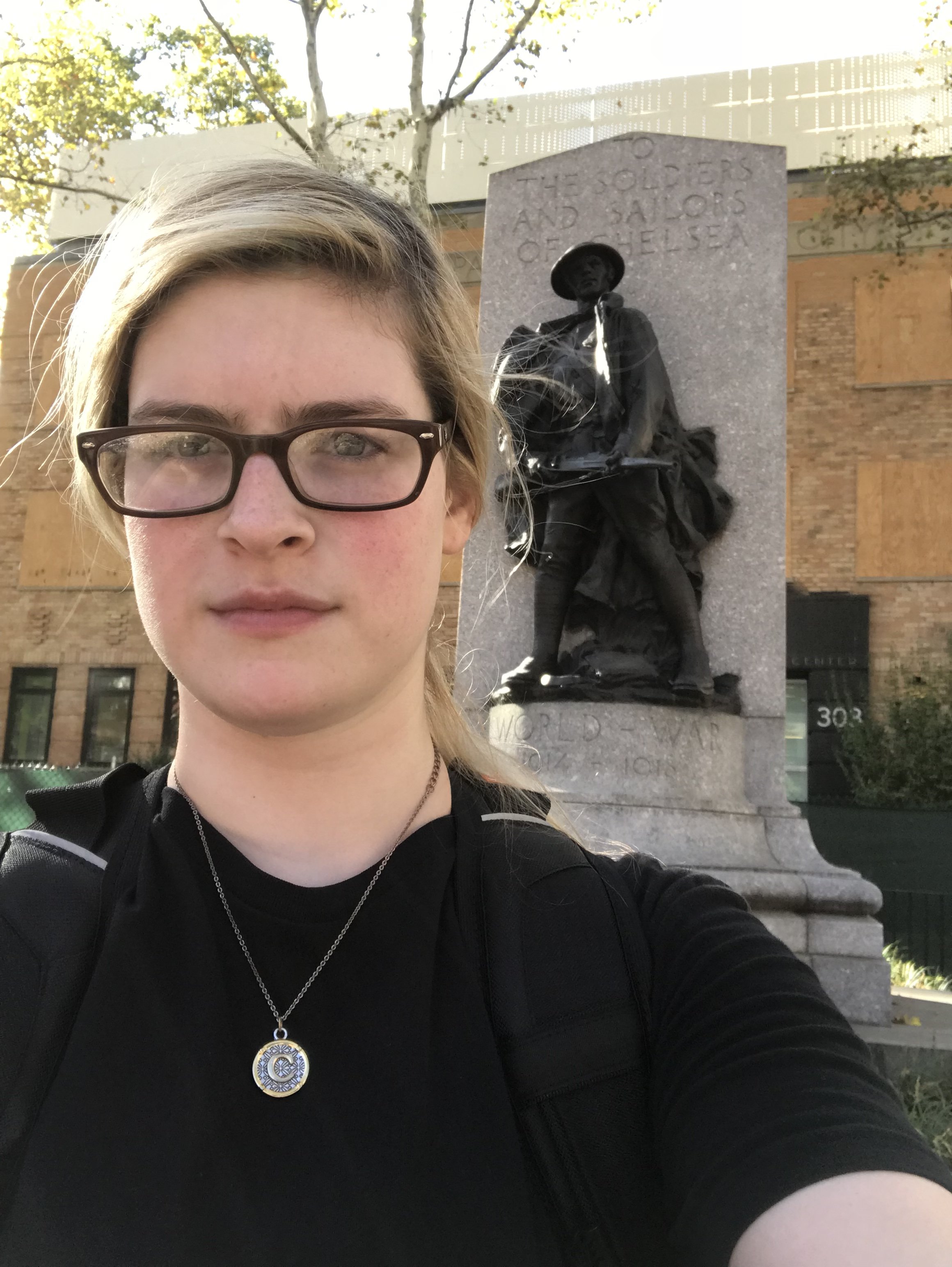 Photo of the statue 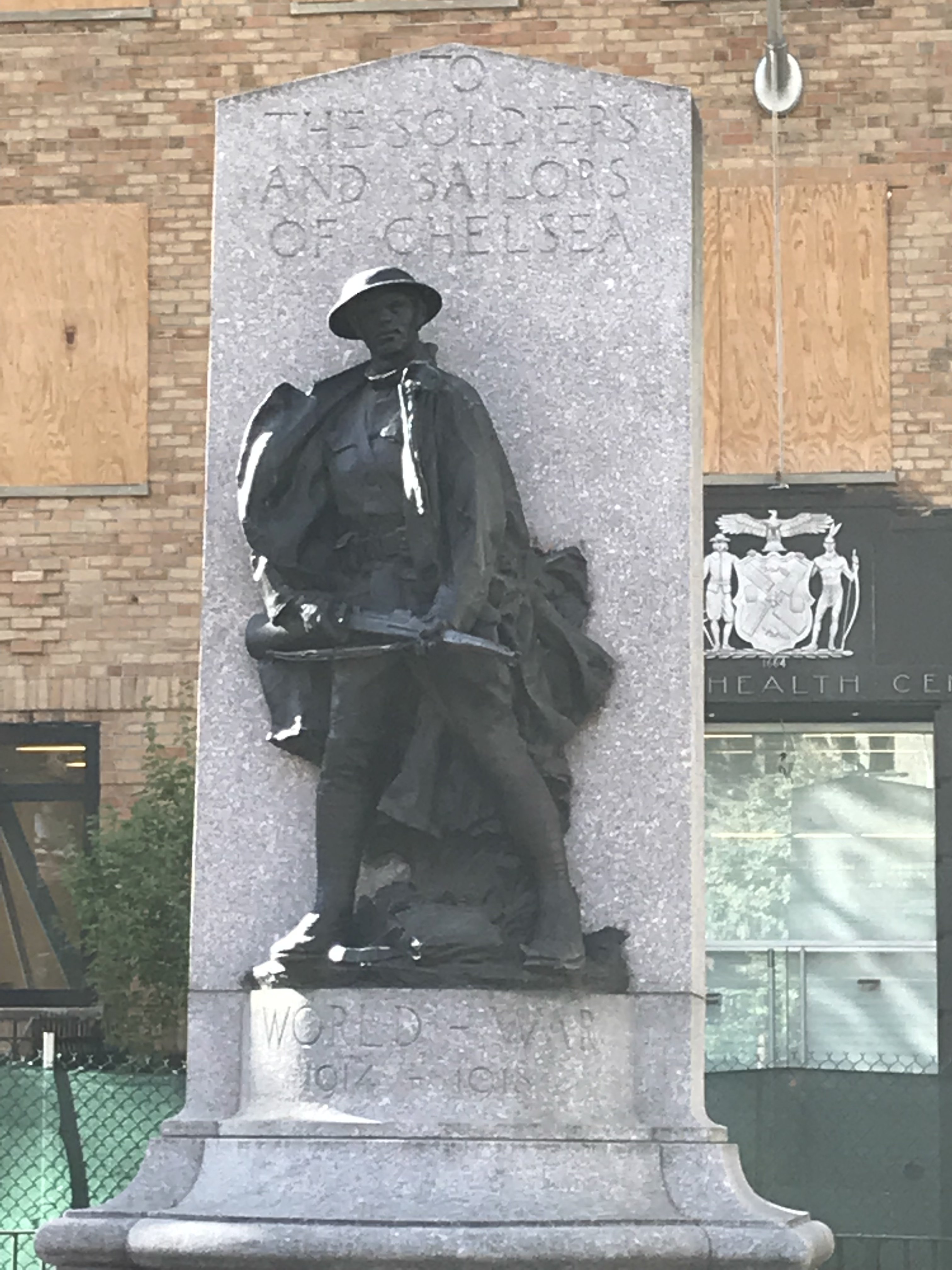 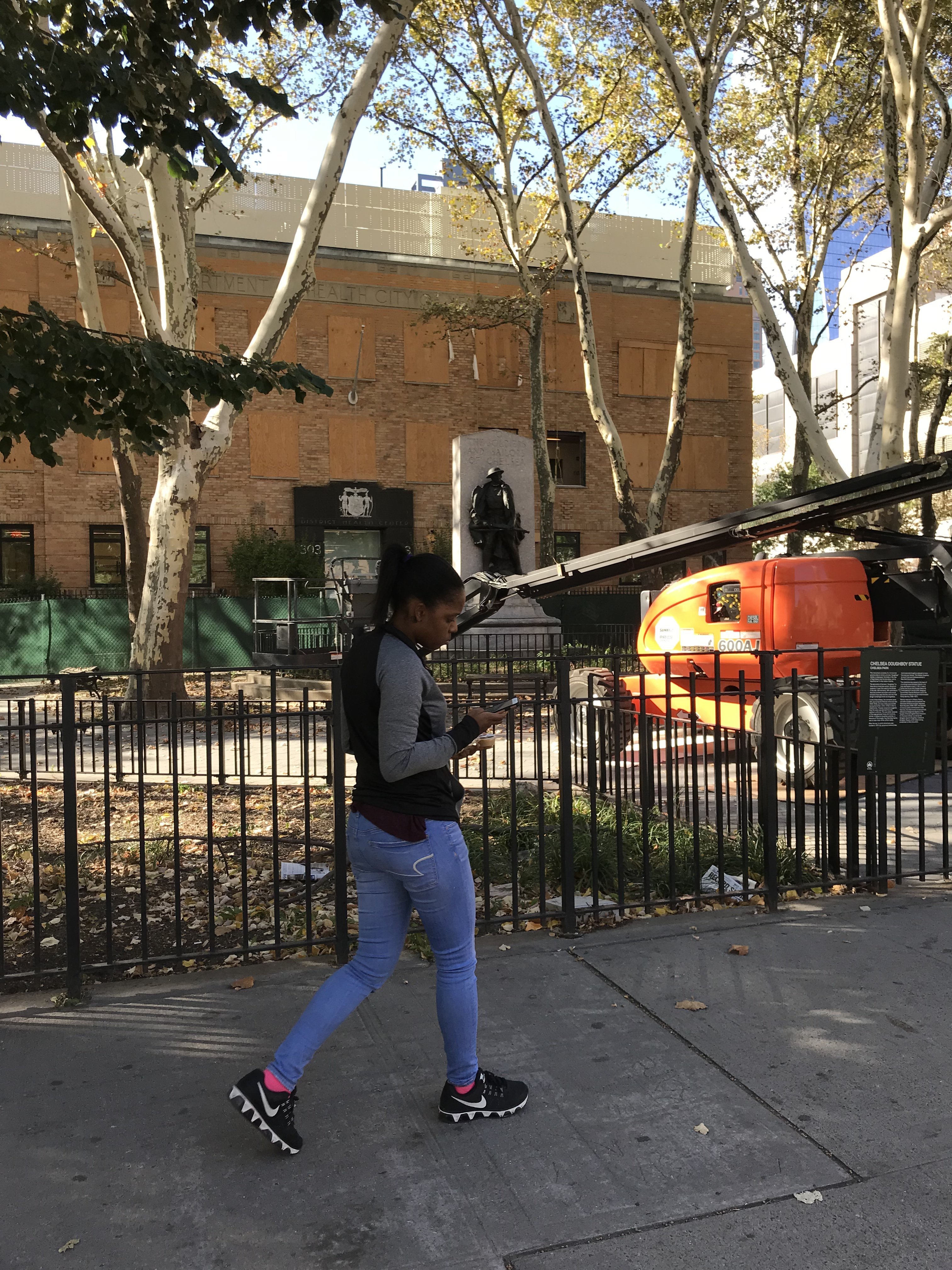 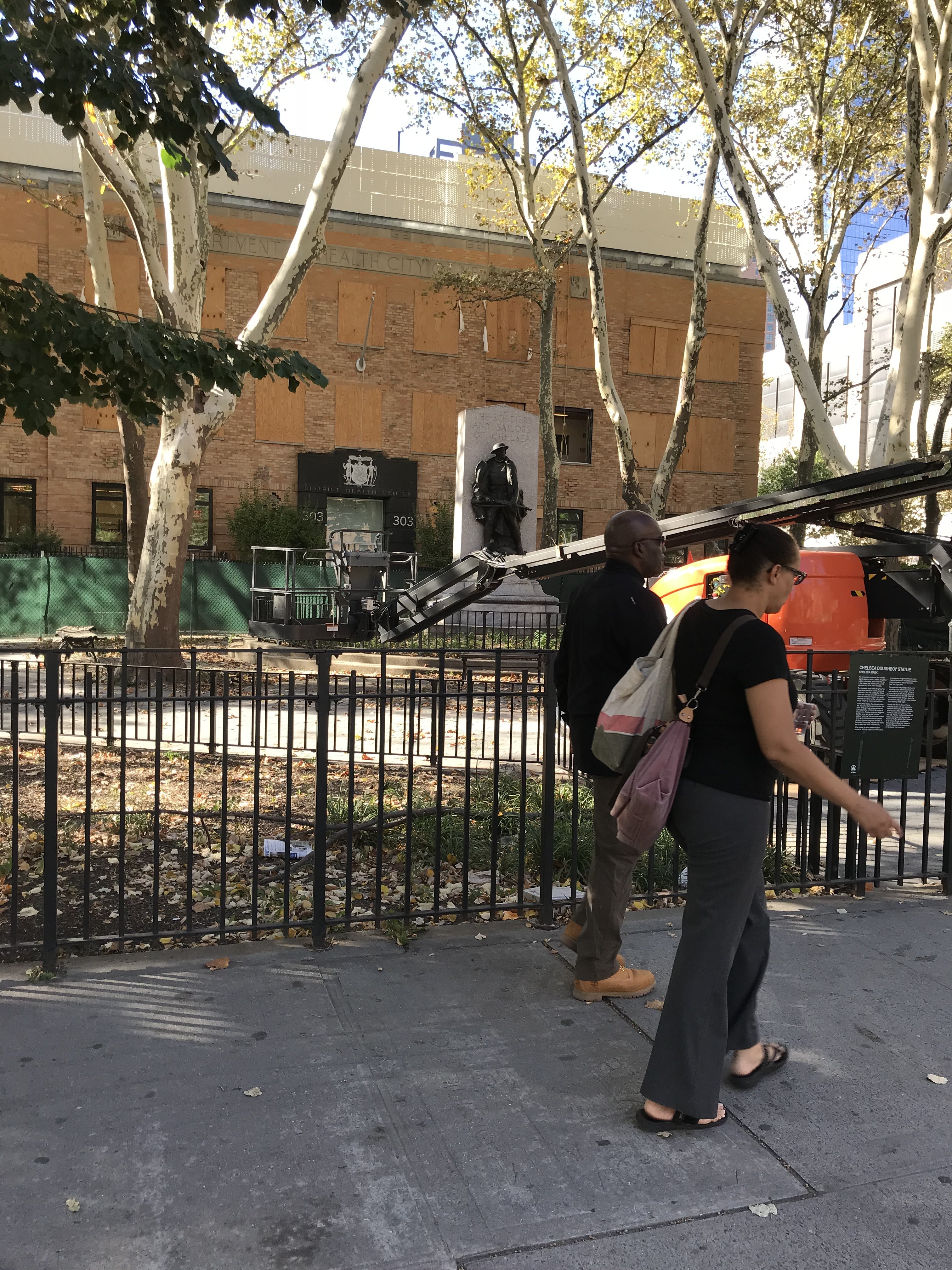 The doughboy statue in Chelsea, NYC is about fourteen feet tall and portrays a soldier holding a rifle with a flag over his shoulders during a battle. The statue was a gift from the Chelsea Memorial Committee, costing over $10,000. It was designed by Charles Rollinson Lamb and sculpted by Philip Martiny. The statue takes place at Chelsea Park on 9th Ave. between 27th and 28th Streets, and it was dedicated on April 7, 1921. The inscription says: “TO / THE SOLDIERS / AND SAILORS / OF CHELSEA / WORLD WAR / 1914-1918”

The term “doughboys”, which referred to the US troops deployed to Europe as part of the American Expeditionary Forces in World War I, has somewhat unknown origins. There are multiple theories as to where the nickname came from. One possibility is that “doughboy” refers to the way that the soldiers cooked their rations. They would use doughy flour and rice cooked over fire around a bayonet. Another theory is that the nickname comes from the coats that the US infantrymen wore which had distinct brass buttons. It was told that the buttons appeared to be similar to the dumplings which the soldiers and sailors ate early on which may have been part of the American cooking.

In the nineteenth century, men in the US army used pipe clay to polish their uniforms and belts. When the men went out in the rain, the clay had a “doughy” appearance. The infantrymen in particular would get this look as they would kick the mud and dirty water up from the puddles as they were marching. General Bliss wrote a memoir, stating that infantrymen along the Texas border used flour to whiten their uniforms when they were invading Mexico. Another older theory is that the nickname comes from the infantrymen marching over the dry desert land of Northern Mexico which caused a stir of a lot of dust which gave them the appearance of adobe buildings in the area.

Hanlon, Michael E. “The Origins of the Doughboy.” Doughboy Center.