Finn Square, located in Tribeca, was dedicated to Private Finn who died in action during World War I. This was the first park to be named after and dedicated to New York casualties of World War I. Through community initiatives in 1998, the park was revived and transformed into an attractive green space.

View of Finn Square from the south end. 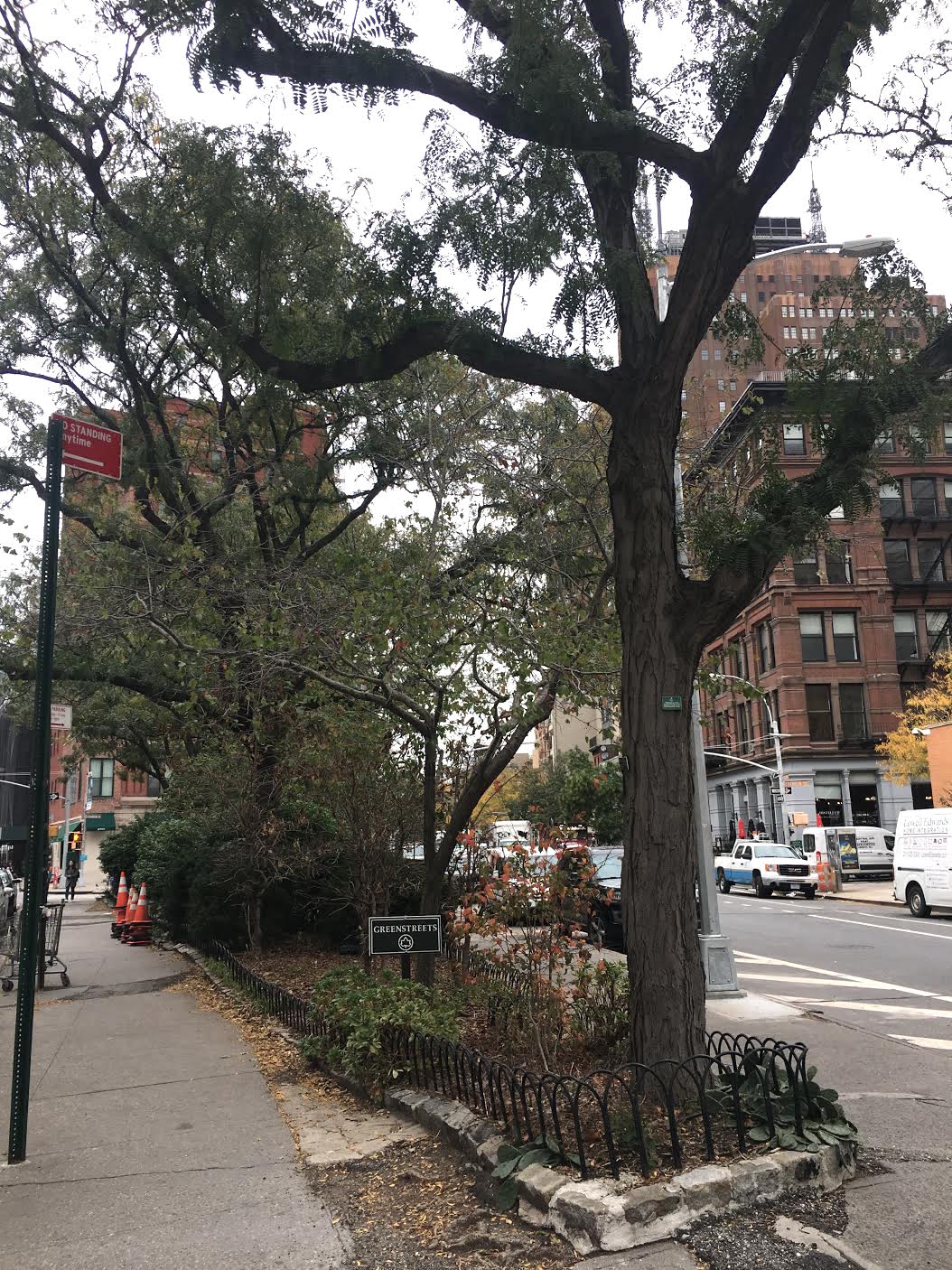 View of Finn Square from the north end. 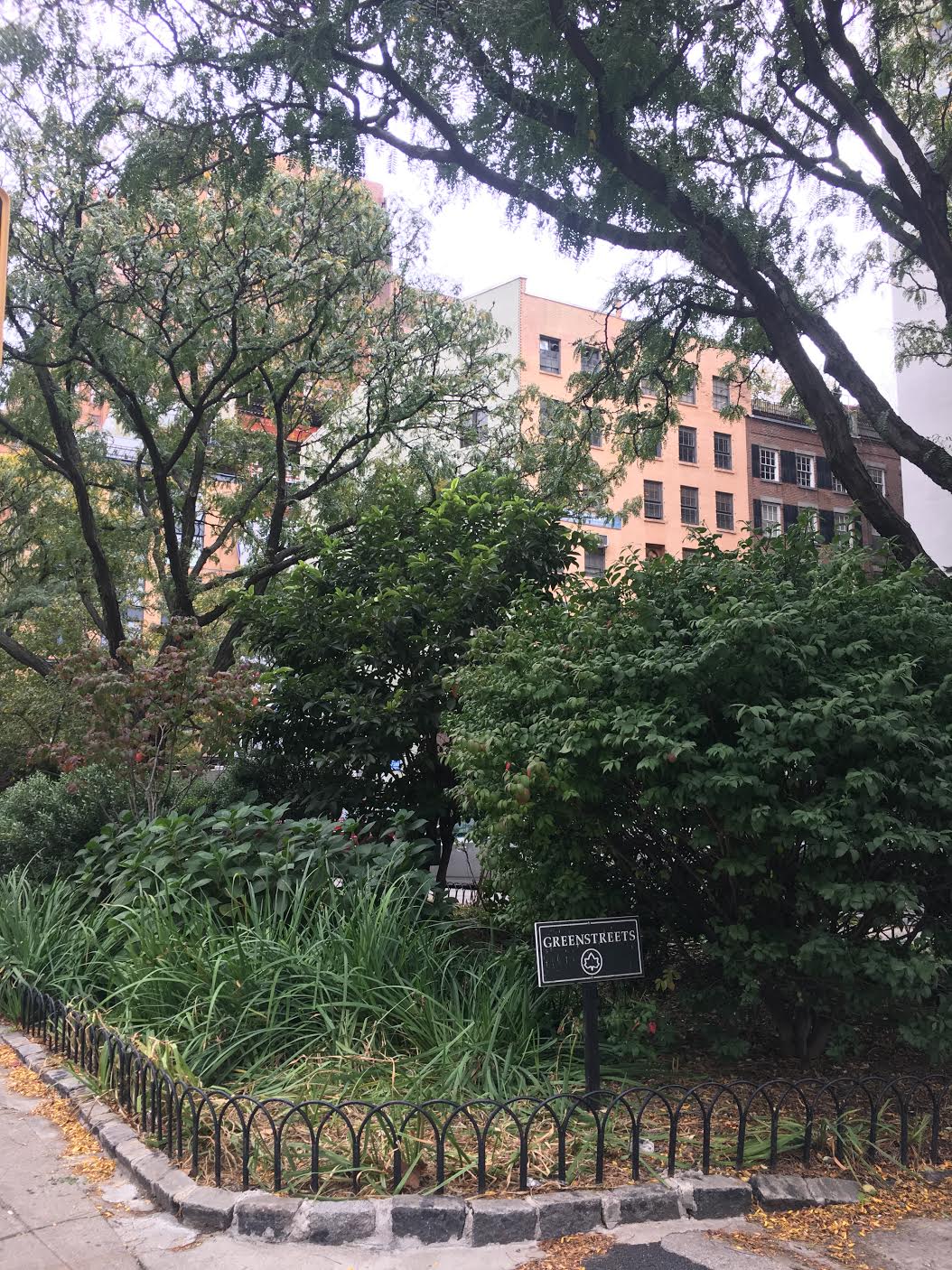 Finn Square is an urban triangle located at the Varick Street intersection with Franklin Street and West Broadway in Tribeca. In 1919, the Board of Aldermen dedicated the triangle after the Armistice for Private Philip Schuyler Finn who was killed in action on March 7, 1918 while serving as a member of Company E, 165th Infantry (Fitzpatrick). At the time, American soldiers were supporting the French battle against Germany on the Western Front. The 165th Infantry, whose ranks composed of Irish-Americans and New Yorkers, was sent over to the Western Front in October 1917 as part of the 42nd Rainbow Division of the American Expeditionary Force (Harris). After extensive training near Valcouleurs and Grand, the regiment had its first combat experience on 26 February 1918 in the trenches of the Rouge Bouquet Chaussilles Sector in the Foret de Parroy (Harris). Near this area in Lunéville, a single artillery shell dropped on the dugout and simultaneously buried twenty-one young men, including Private Finn, forty feet underground (Fitzpatrick). Sergent Joyce Kilmer memorialized the incident in his poem "Rouge Bouquet," (Harris).

Although the park was created to commemorate Private Finn’s death, the site conjured up memories of his father, Daniel E. Finn, also known as “Battery Dan,” who was a Tammany Hall politician and Democratic leader of Lower Manhattan (Fitzpatrick). Elder Finn earned fame through successfully opposing the construction of commercial piers Battery Park for the necessity for open space in a crowded neighborhood. His brave and honest actions in protecting community’s interests earned him the title “idealist” and “a friend of the people,” (Fitzpatrick).

Among the memorials of the Great War, Finn Square was the first park to be named after and dedicated to New York casualty of WWI (Fitzpatrick). During the regiment's 164 days of front-line combat, the total casualties amounted to 644 killed in action and 2,587 wounded (Harris). The park was dedicated to commemorate the lost lives in the war and remind the public about their sacrifices. Finn Square is no longer marked but a single plaque informs passersby of its brief historical significance. For almost 70 years, the park was neglected by the city. However, in April 1998, the park was revived under the leadership of Greenstreet who gathered community volunteers to plant flowers and maintain the garden (New York City Department of Parks & Recreation). This major transformation turned the untamed triangle into an attractive green space.