Triangle 54 is a small grassy park which serves as a traffic triangle today. The triangle is adorned with a number of trees and within the middle of the triangle lies the Laurel Hill Flagstaff. This memorial flagstaff dates back to 1930 and was originally commemorated in honor of the fallen soldiers in World War I. Today, it serves as a memorial for the soldiers of both World Wars, as well as for the Korean and Vietnam wars. 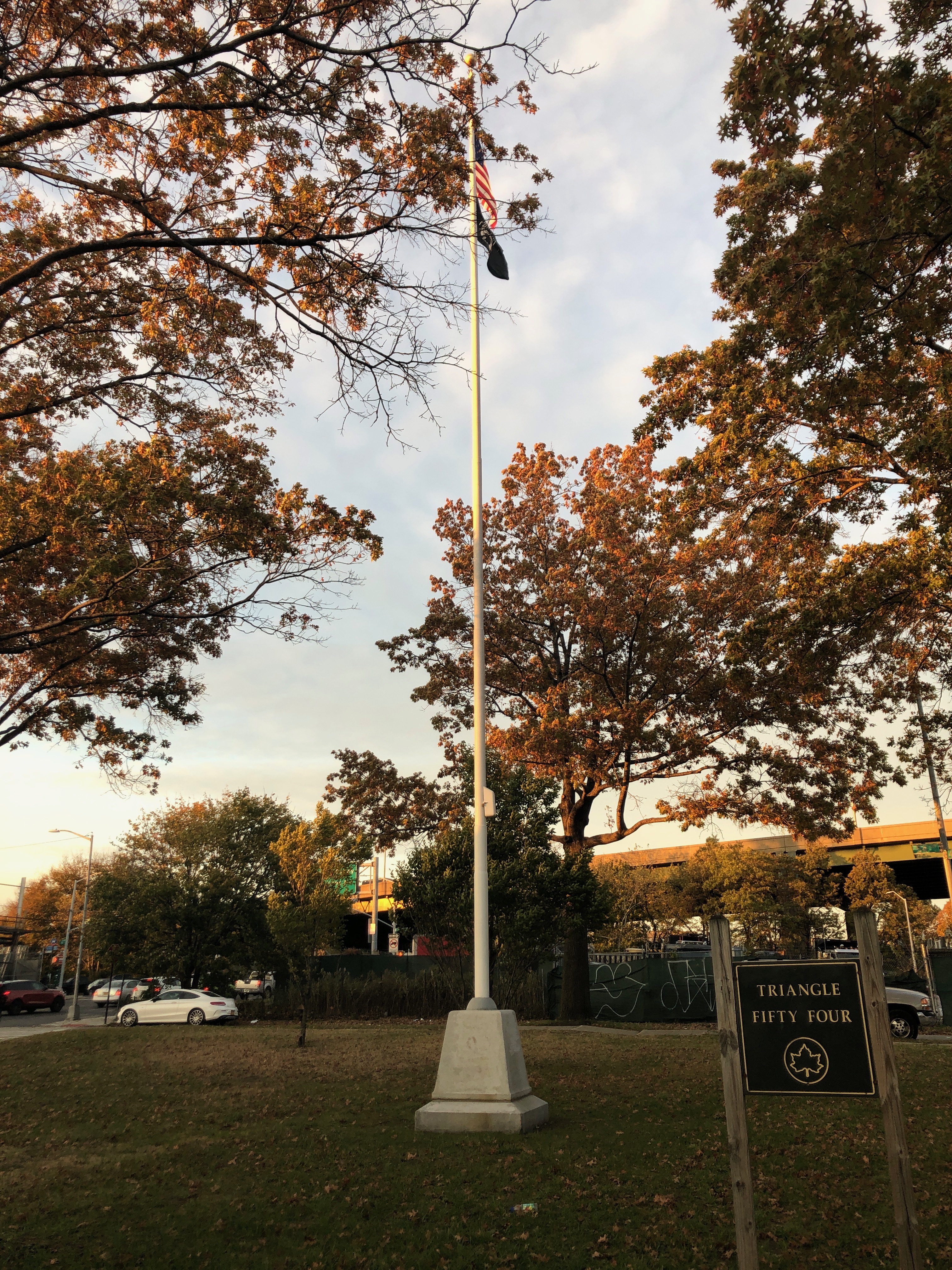 Inscription upon the granite base of the flagstaff 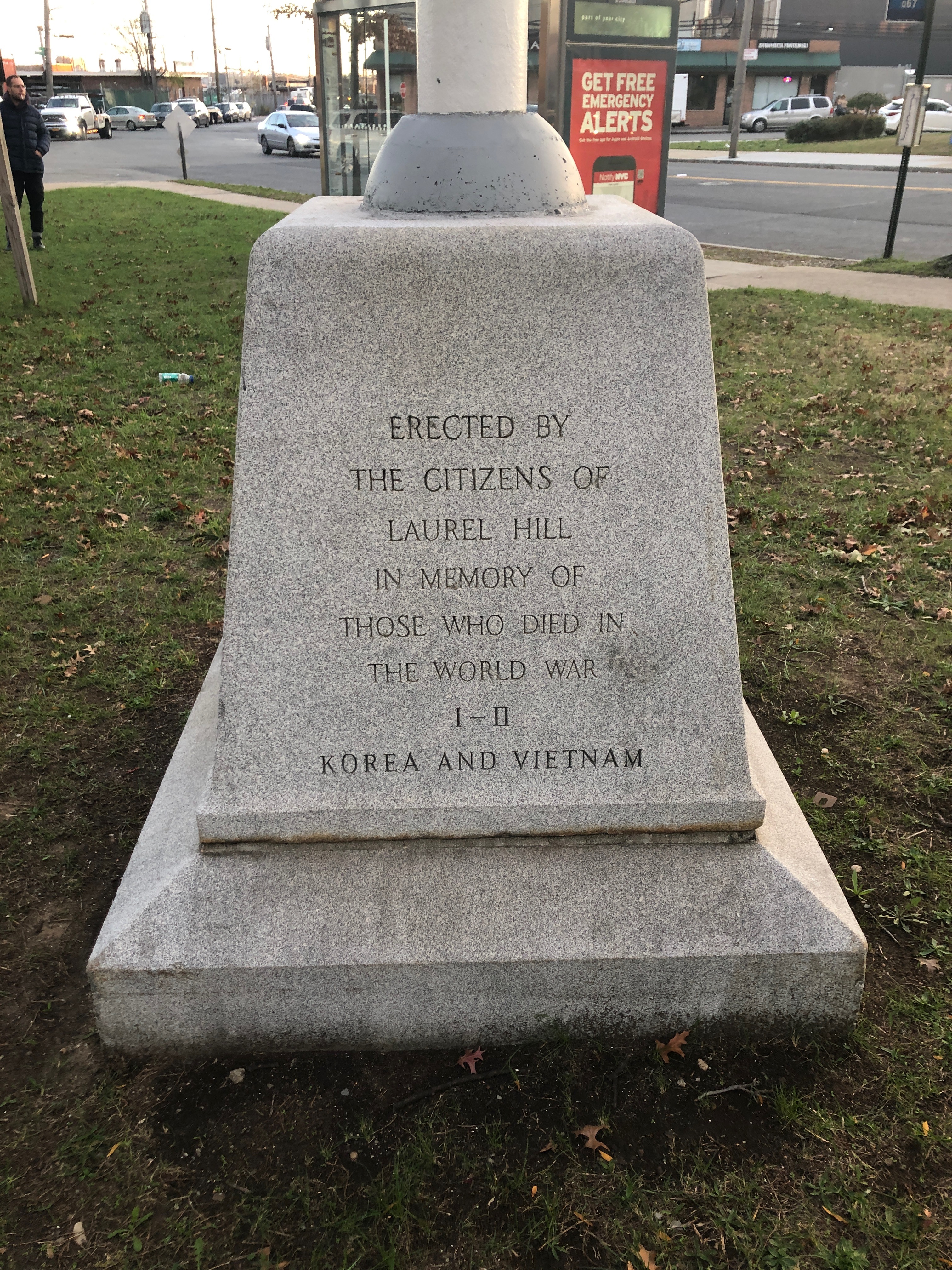 The flagstaff in comparison with the size of a person 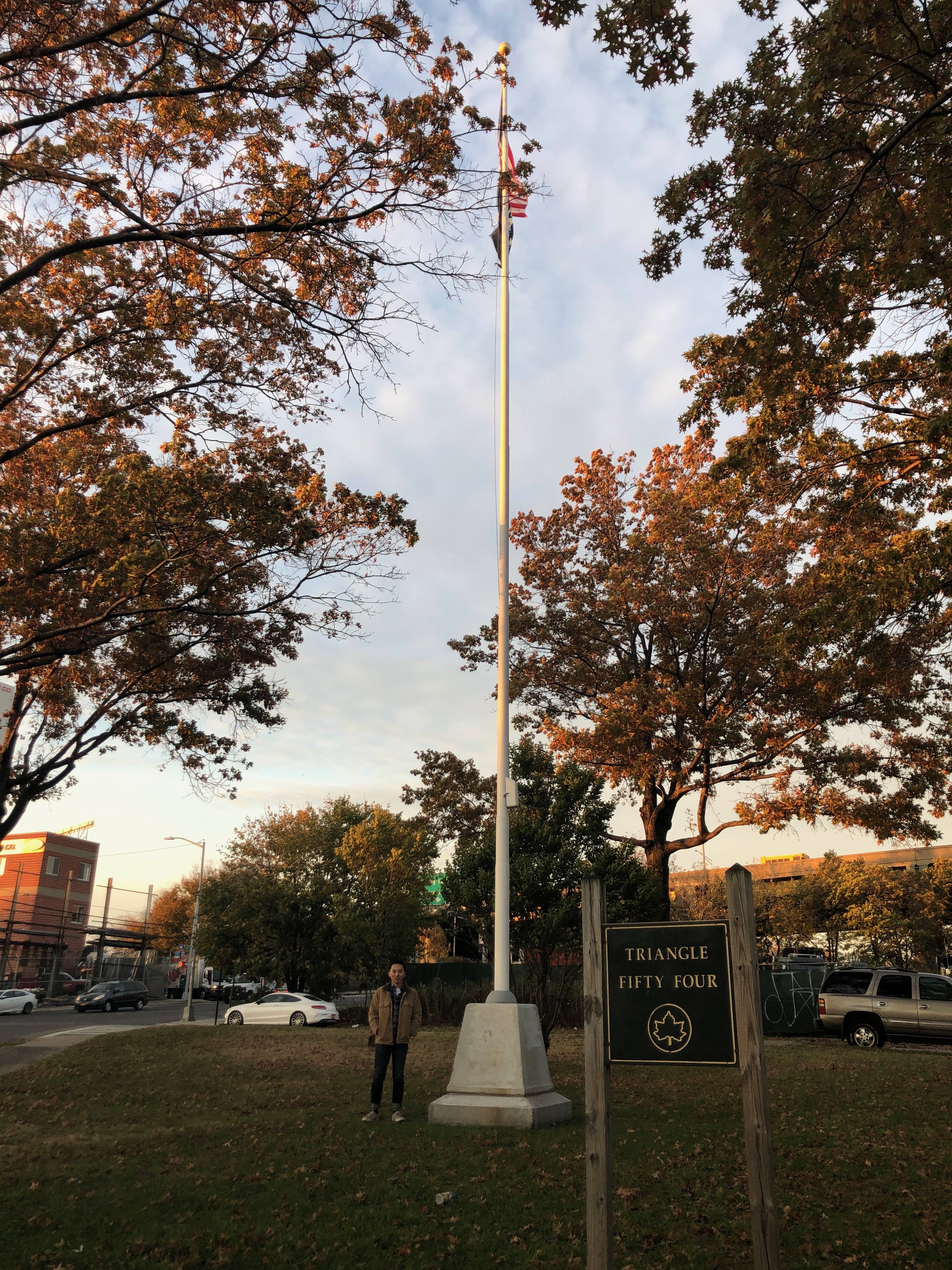 The flagstaff as seen from the edge of the park 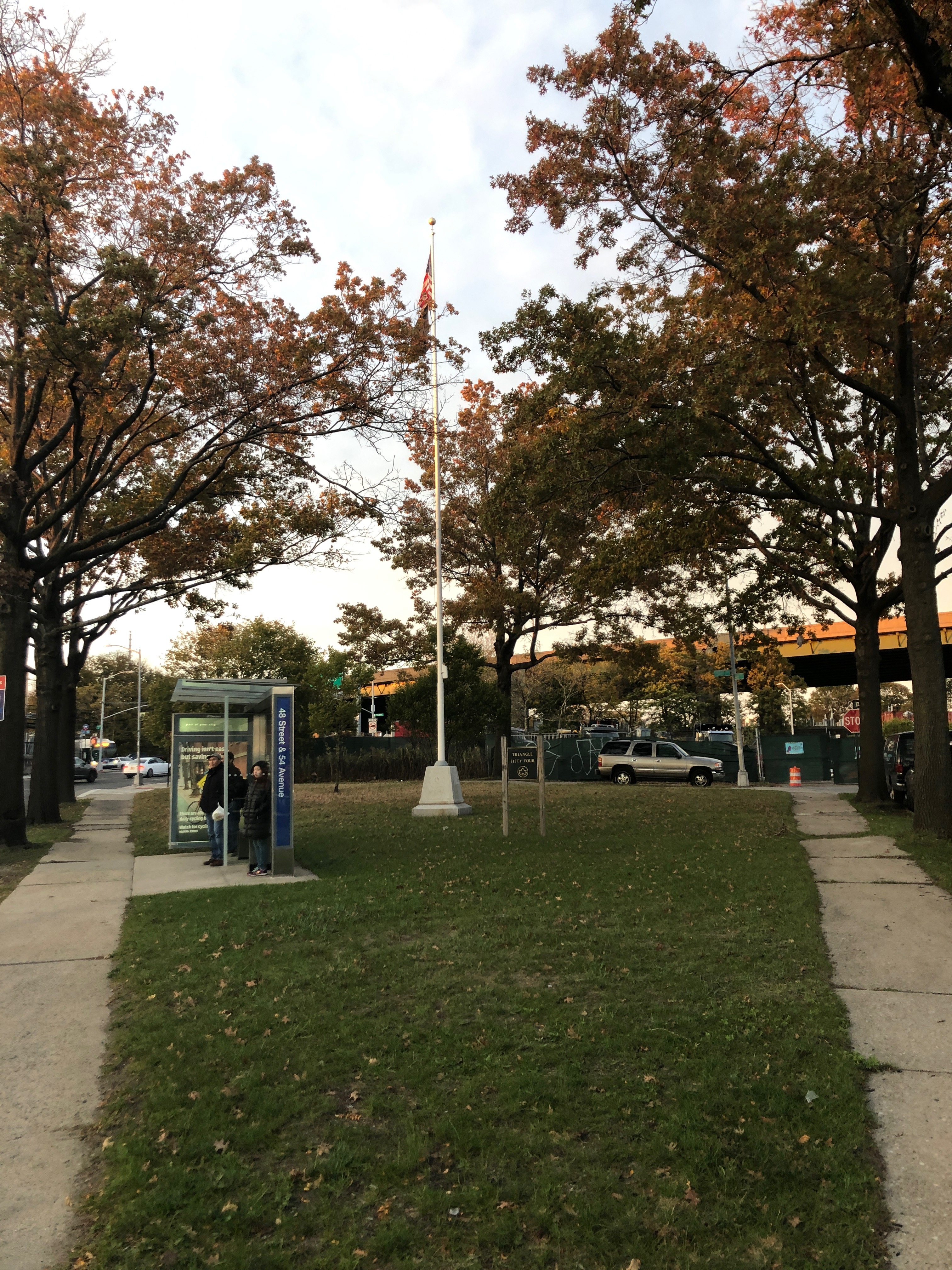 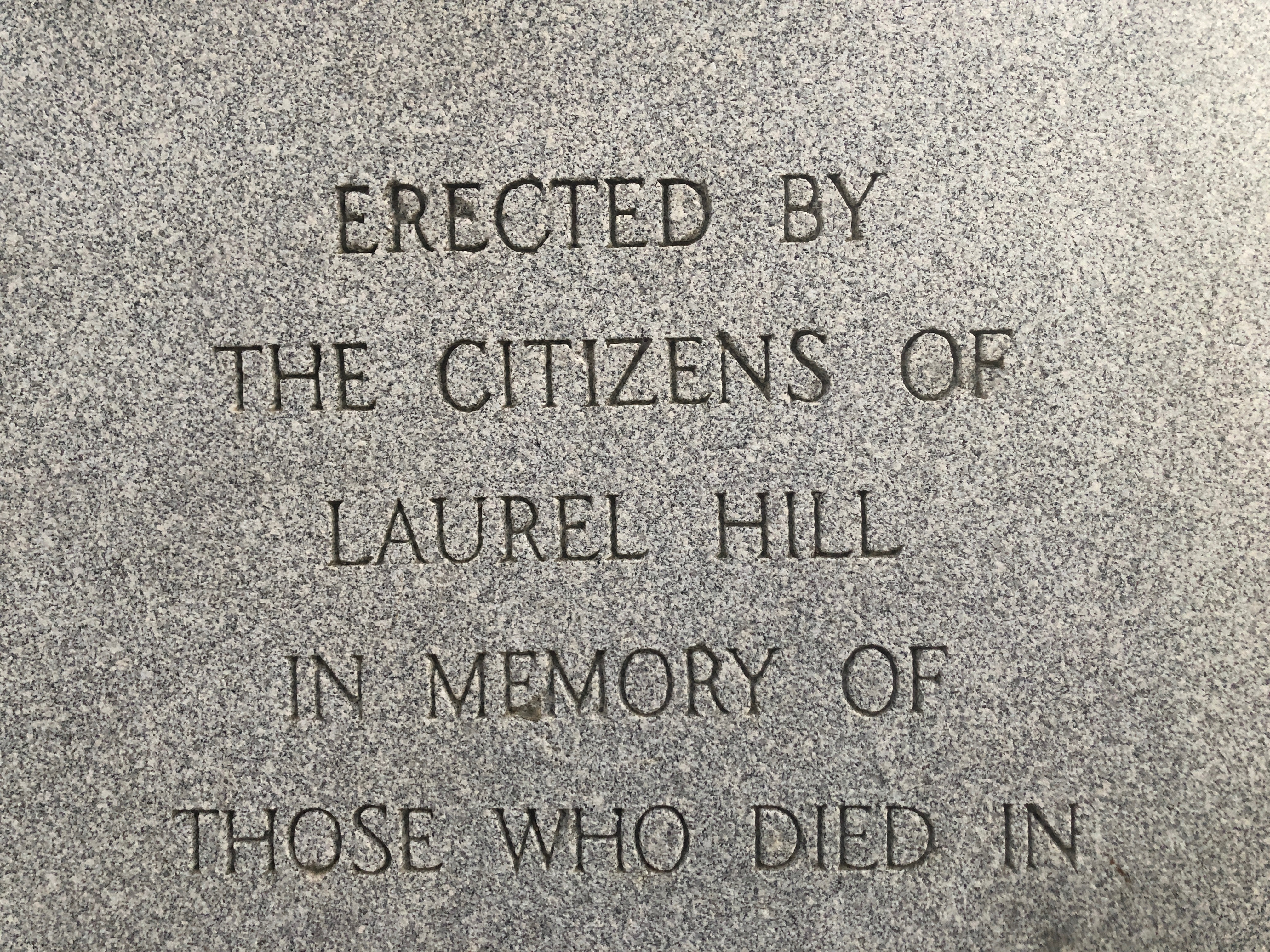 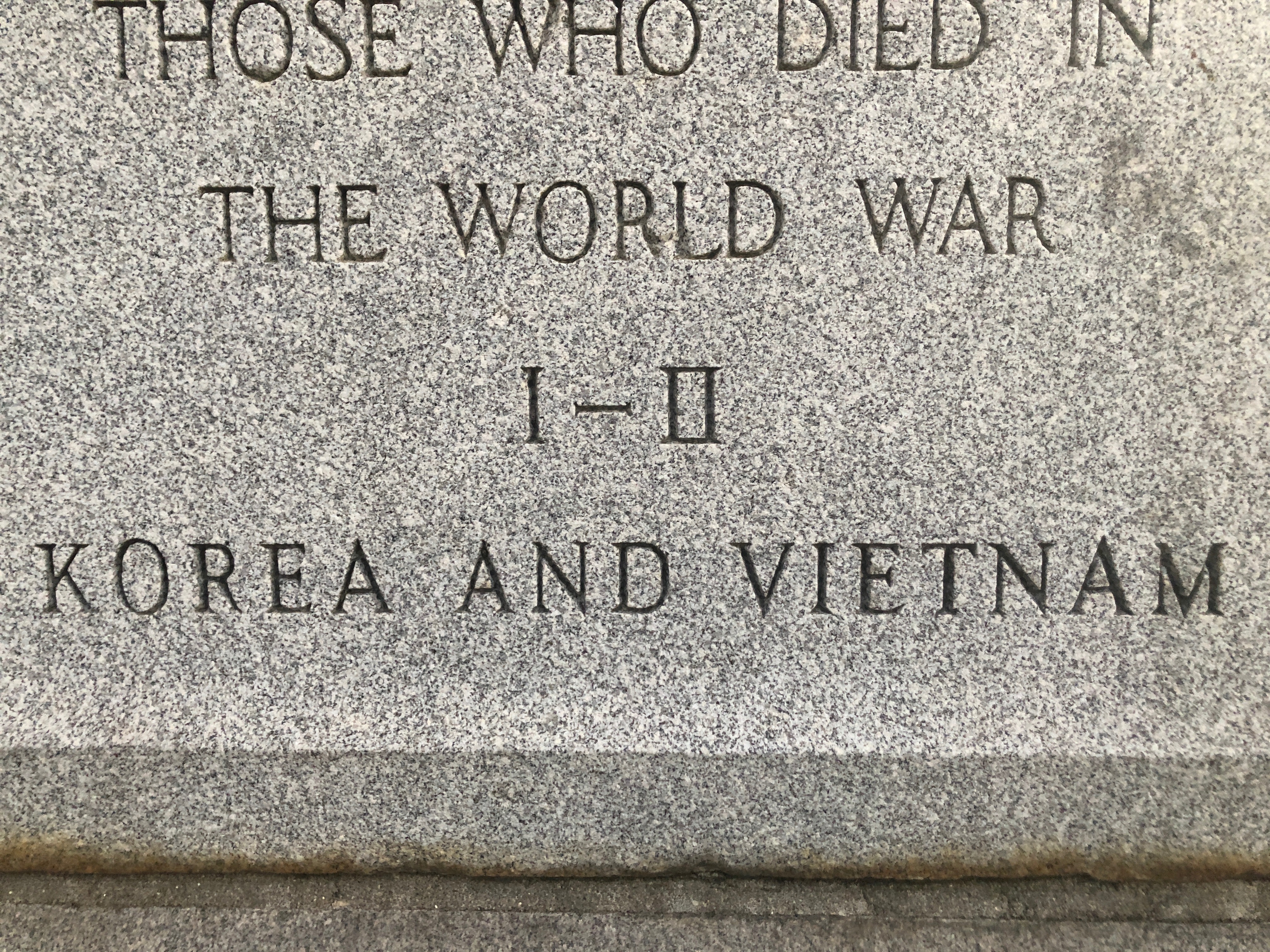 The flagstaff with view of the Q67 bus stop behind 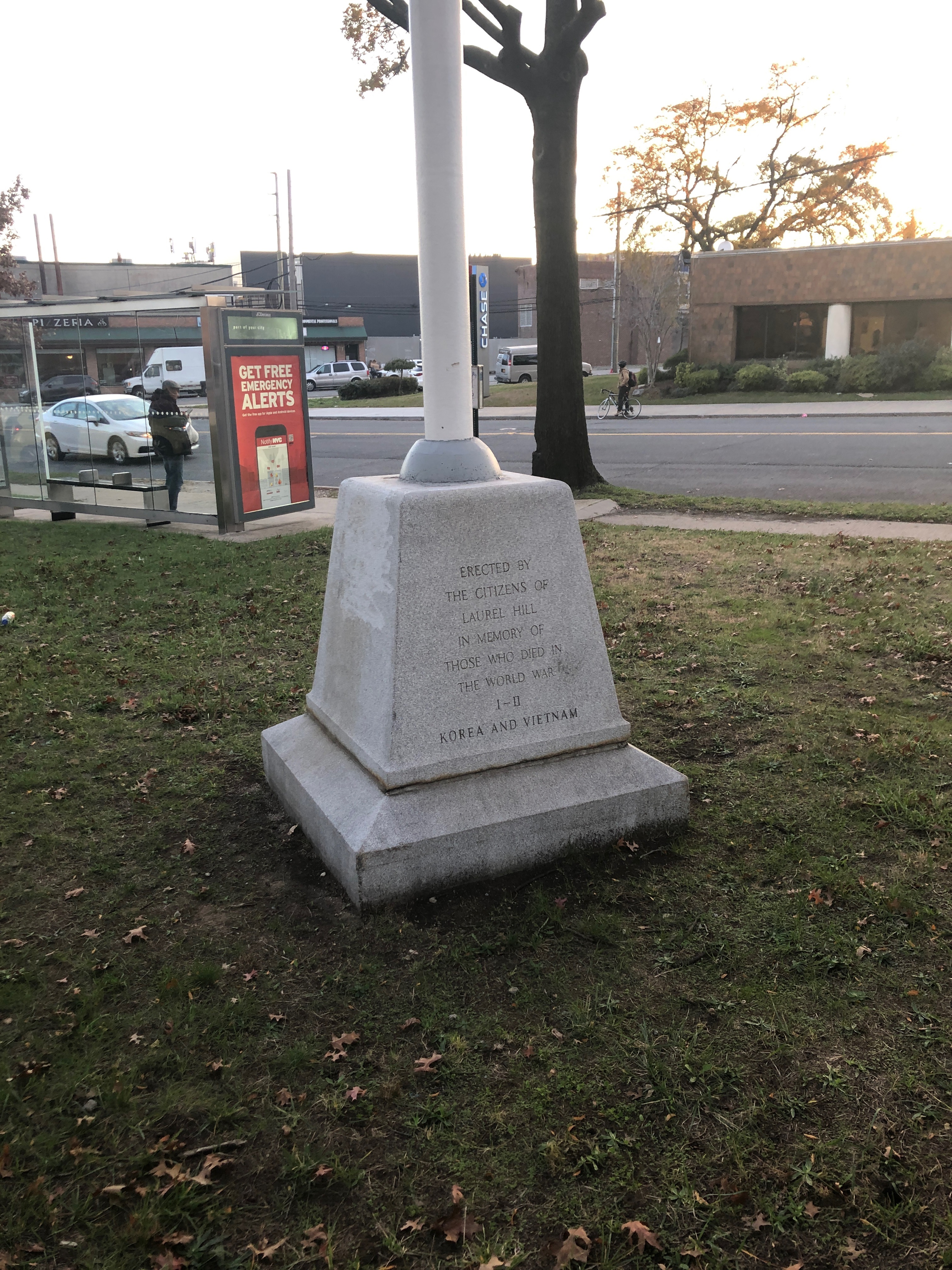 The Laurel Hill flagstaff is located in the Triangle 54 Park, named as such for 54th Avenue which makes up its northern edge. The other two edges are both 48th Street, which is split into two by the park itself. Although the park's location is known as West Maspeth today, it was formerly known as Laurel Hill, the name for the area between Blissville and Maspeth. Named for the high number of laurel trees growing around the area, Laurel Hill once was the home for the Laurel Hill station, a stop for the Long Island Railroad. However, the station has long been abandoned, replaced by the Laurel Hill chemical plant owned by the Nichols Copper Company. Through a business agreement with the Phelps Dodge Mining Corporation, the plant was eventually bought by the corporation in the 1930's and became the Phelps-Dodge Plant, which was finally torn down in 2001 after years of controversy over chemical waste. Today, the only reminder of Laurel Hill is the Laurel Hill Boulevard, although the highly industrial area greatly differs from the more residential areas of Maspeth.

The flagstaff itself dates back to 1930, twelve years after the end of World War I, but nine years prior to the outbreak of World War II. This time period is reflected in the inscription which adorns the millstone granite base of the flagpole. Interestingly, the writing upon the memorial seems to have two sections which were inscribed at separate times. As seen in the images, the original inscription reads “Erected by the Citizens of Laurel Hill in Memory of those who Died in the World War”. Below this is written “I-II” and “Korea and Vietnam”. The original inscription is visibly more worn and chipped in comparison to the additional writing. Furthermore, the placement of the original inscription in the middle of the granite base, as well as the wording of “The World War” suggests that “I-II” and “Korea and Vietnam” were added later, although it is unclear as to exactly when or by whom. As a result, although the flagstaff was initially intended as a memorial to the fallen soldiers of the Great War, it now serves as a memorial for fallen soldiers throughout decades of war.

Today, the flagstaff stands largely unnoticed in the area. Due to industrialization and a lack of residential buildings in the area, there is an absence of pedestrian traffic in the area. Furthermore, there are no subways that run near Laurel Hill and only one bus route runs through the area at all. However, for anyone traveling the Q67 bus line, the 48 St/54 Av bus stop right on top of Triangle 54 and a few steps away from the flagstaff serves as a proud memorial commemorating the heroic efforts of the wars’ fallen soldiers.