A view of the monument from Shore Boulevard Human for scale. 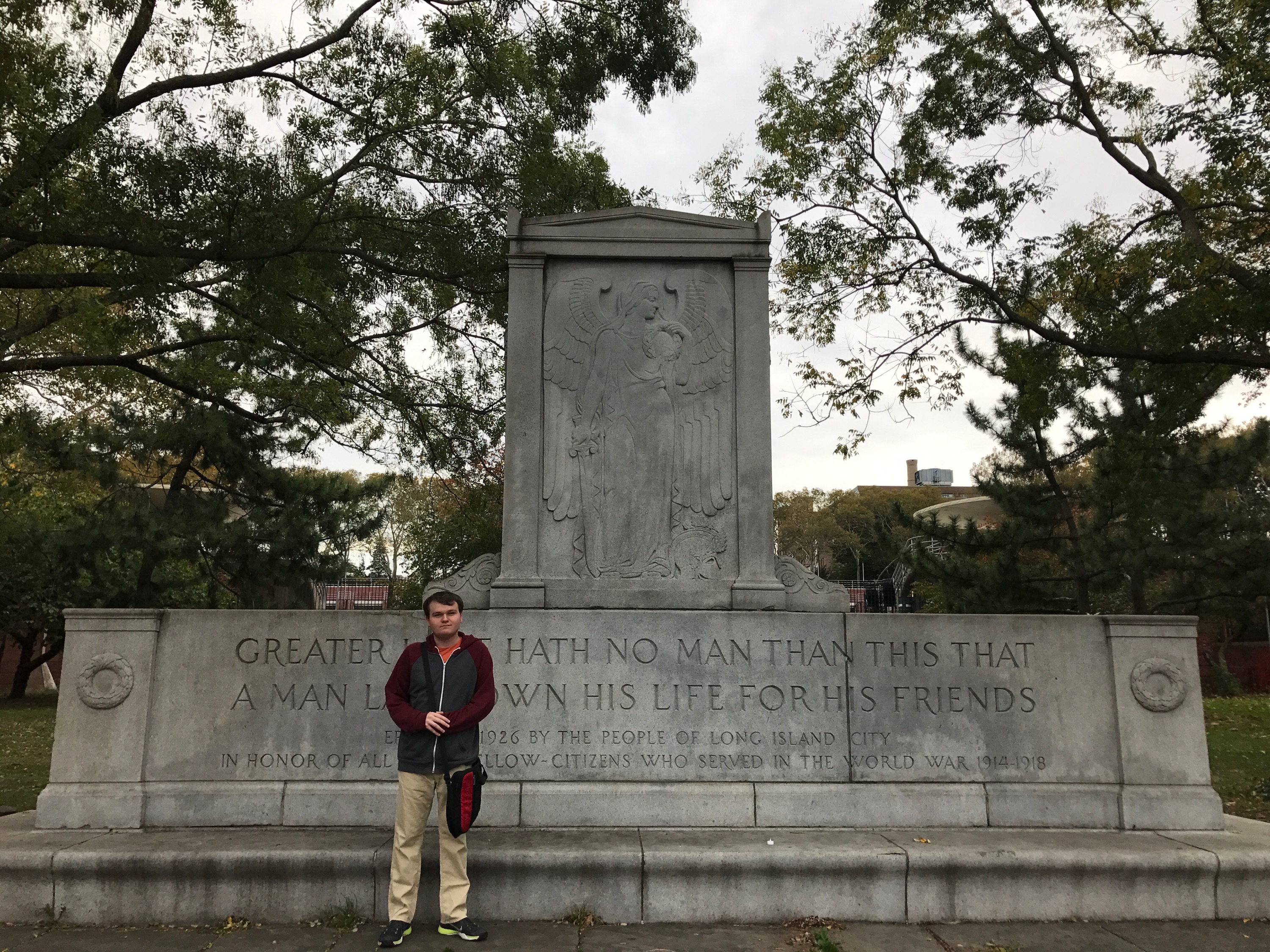 A view of the inscription 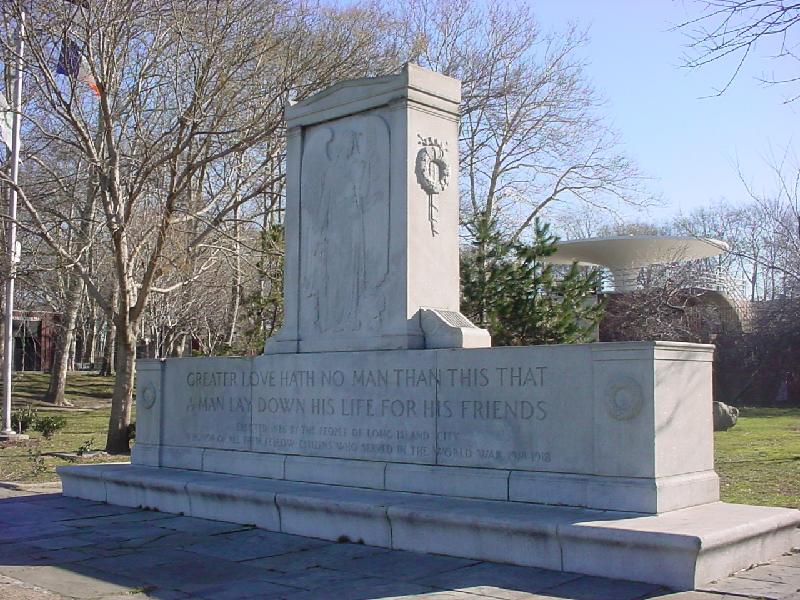 The monument itself was designed by architecture firm Ruehl and Warren, and the art on the stone stele was sculpted by renowned American sculptor Gaetano Cecere.5

The monument consists of a 10" by 20' base, with a 3' by 15' pedestal, topped with a 6' by 3.9' stele.5 The decorative stele, which is a type of stone or wooden slab used as a memorial, features a female victory symbol, in which an angelic figure holds a sword in her right hand and a laurel in the other, representing the two sides of war and peace.1 The ends of the pedestal are capped with circular markings, and the sides of the stele are adorned with sculpted wreaths, additional symbols of peace. The pedestal features an inscription with a Biblical quote and a note of dedication.

The large type of the inscription reads:

This quote, which comes from John 15:13, encapsulates the sacrifice that the men the monument honors demonstrated by giving up their lives for their fellow soldiers. Below the quote reads, in smaller text:

The wording of this dedication does not specifically single out just citizens of Long Island City who laid down their lives, and does not restrict its dedication to the years 1917 and 1918, when the United States was a participant in the war. The side of the monument facing away from Shore Boulevard does not feature any designs or inscriptions.

World War I, described as the Great War at the time of the monument's dedication, ended on November 11th, 1918, although many of the deaths associated with the war didn't occur until later due to injuries and illnesses.