Rock present at the traffic circle on the West side of the park. The rock is bare, but it may serve memorial purposes. 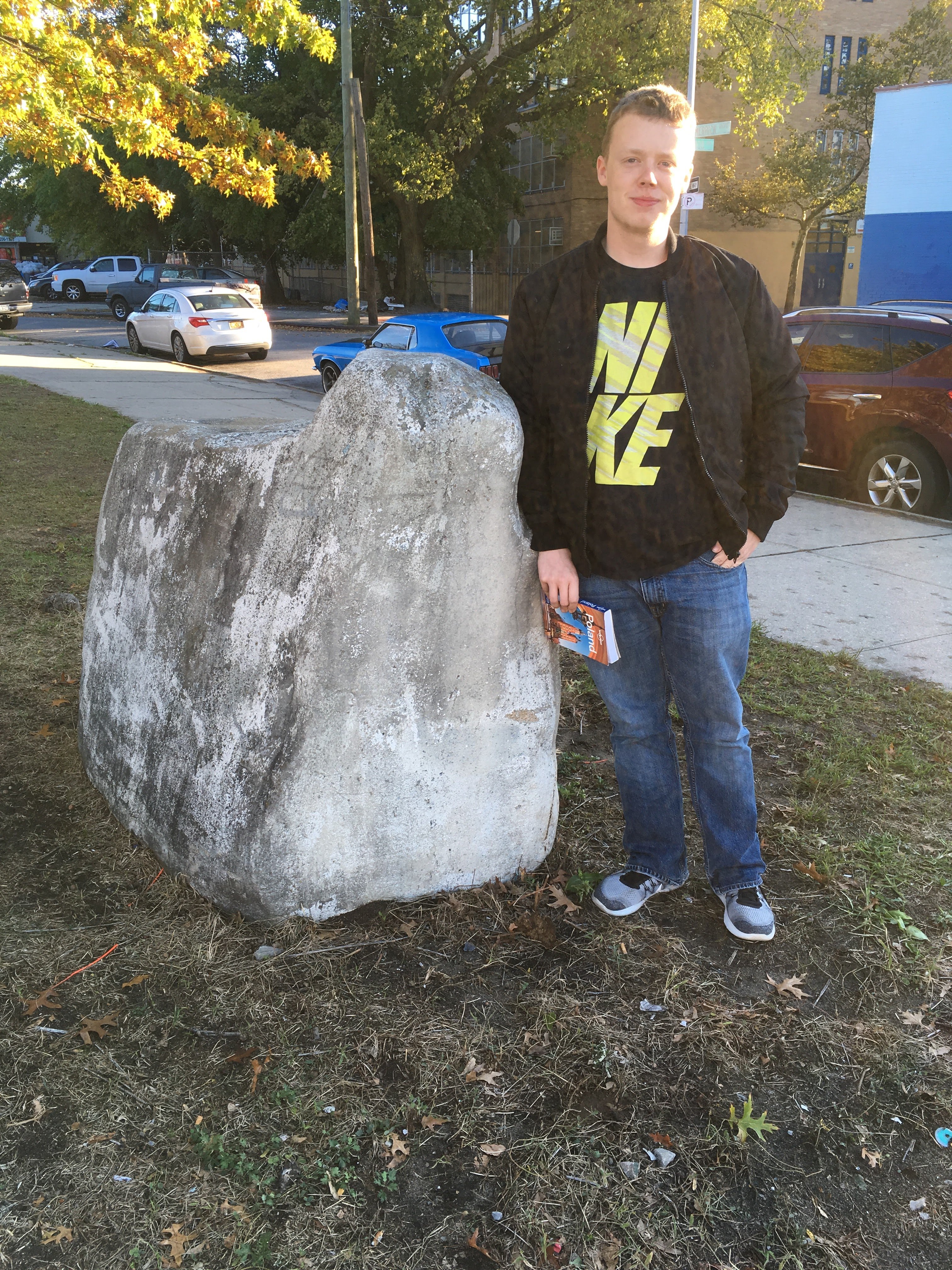 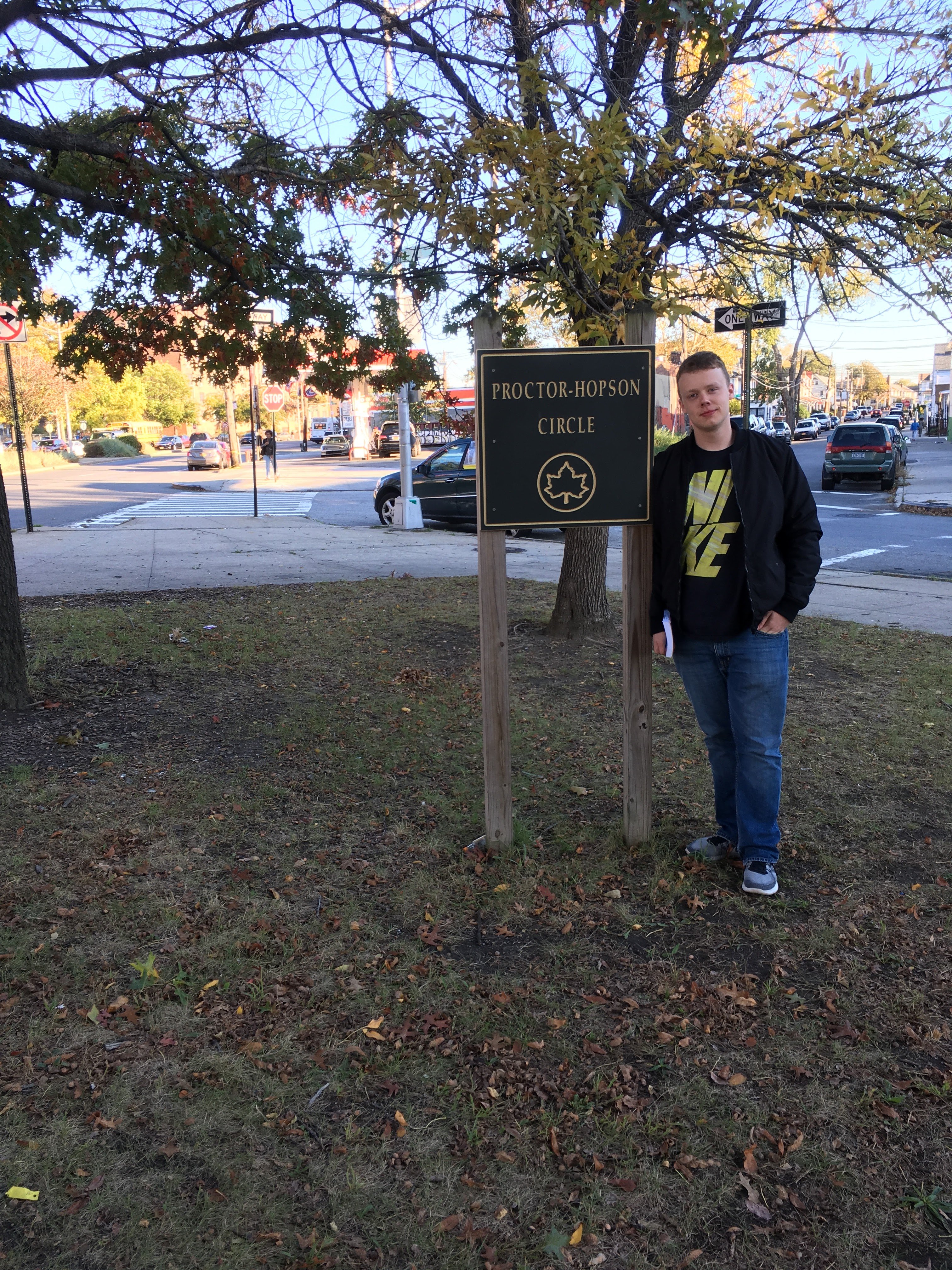 Grassy area and vegetation in the park facing West. Photo by . 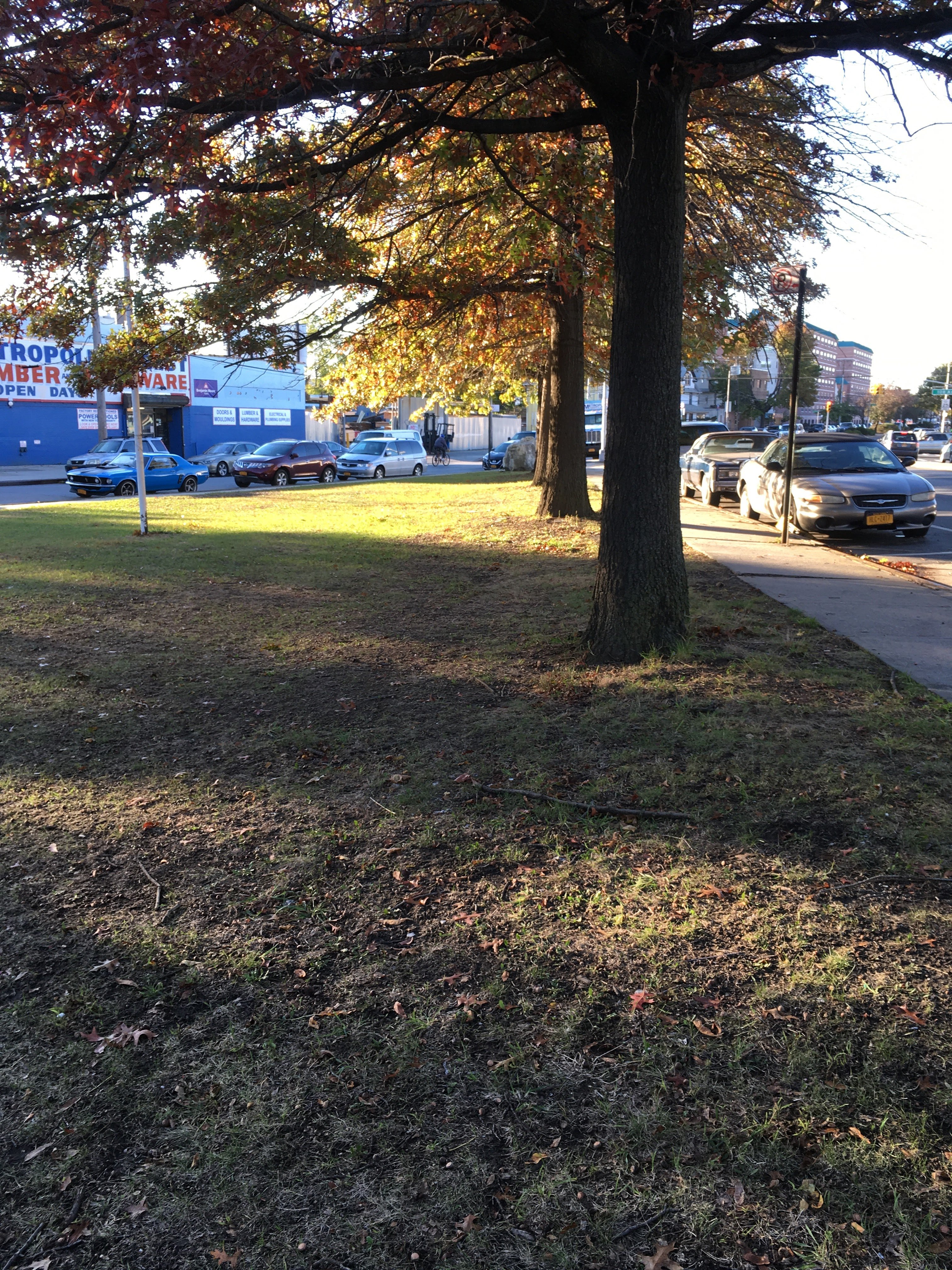 At this point in history, the United States Army drafted Black and white to segregated units.1 The 369th Infantry of the National Guard was an all-Black combat unit under the command of white officers that grew out of the 15th New York National Guard Regiment. The men themselves, however, referred to the unit as the Harlem Rattlers as they believed the rattlesnake to represent power.2 The regiment was one of the first American units sent to France in response to their pleas for troops, and they initially were only used as laborers to construct a supply base.3 However, the 369th was eventually assigned to 16th division of the French army to be trained and would see 191 days in combat, which is longer than any other American unit in World War I. Their efforts contributed to pushing back a German offensive and retaliate with a counteroffensive, and without this American addition to the Allied troops, Germany offensive could have been successful and they may have won the war.1

The 369th Infantry was renowned for their bravery and resilience when fighting with the French at the Chateau-Thierry and Belleau Wood. They were known to refuse surrendering and fight regardless of the availability of supplies and circumstances. They were even the first of the Allies to reach the Rhine.1 This attitude and these achievements would earn the unit the Croix de Guerre which is considered to be France’s highest honor.3

However, African American soldiers faced discrimination that did not ease with their gallant war efforts. They were not allowed to participate in New York National Guard farewell parade called the Rainbow Division on the account that “Black is not a color in the Rainbow.”1 American authorities even requested that the French preserve segregation and cited faulty studies about Black inferiority. Participation in the war did not have much effect regarding equality for African Americans. Despite the persistence of racist attitudes towards the soldiers, the commander of the 369th, Colonel William Hayward, ensured that his men received a victory parade upon returning to the United States in February 1919.1 Given the additional struggles and lack of recognition Black soldiers faced, memorials such as the Proctor-Hopson Circle are especially important to remember what must not forgotten.