Bordering the neighborhoods of Bushwick and Bedford-Stuyvesant, Beattie Square is dedicated to Joseph S. Beattie, a local soldier who served in the United States Army during the First World War. Beattie Square is a very small park spanning less than a tenth of an acre. It is enclosed by a Black four-foot-high fence with Broadway on its northeastern side, Vernon Avenue to the south, and Stuyvesant Avenue to the west. 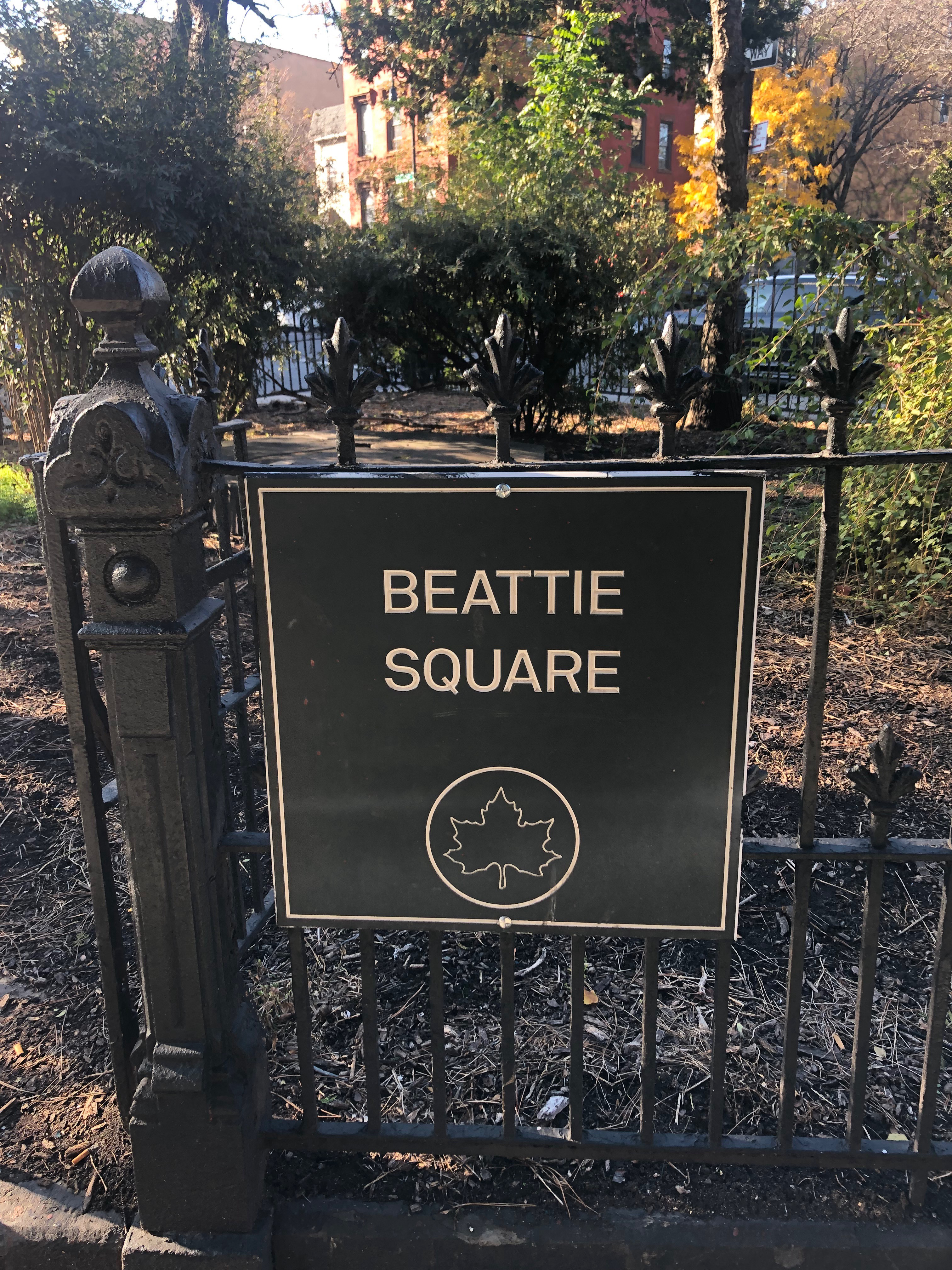 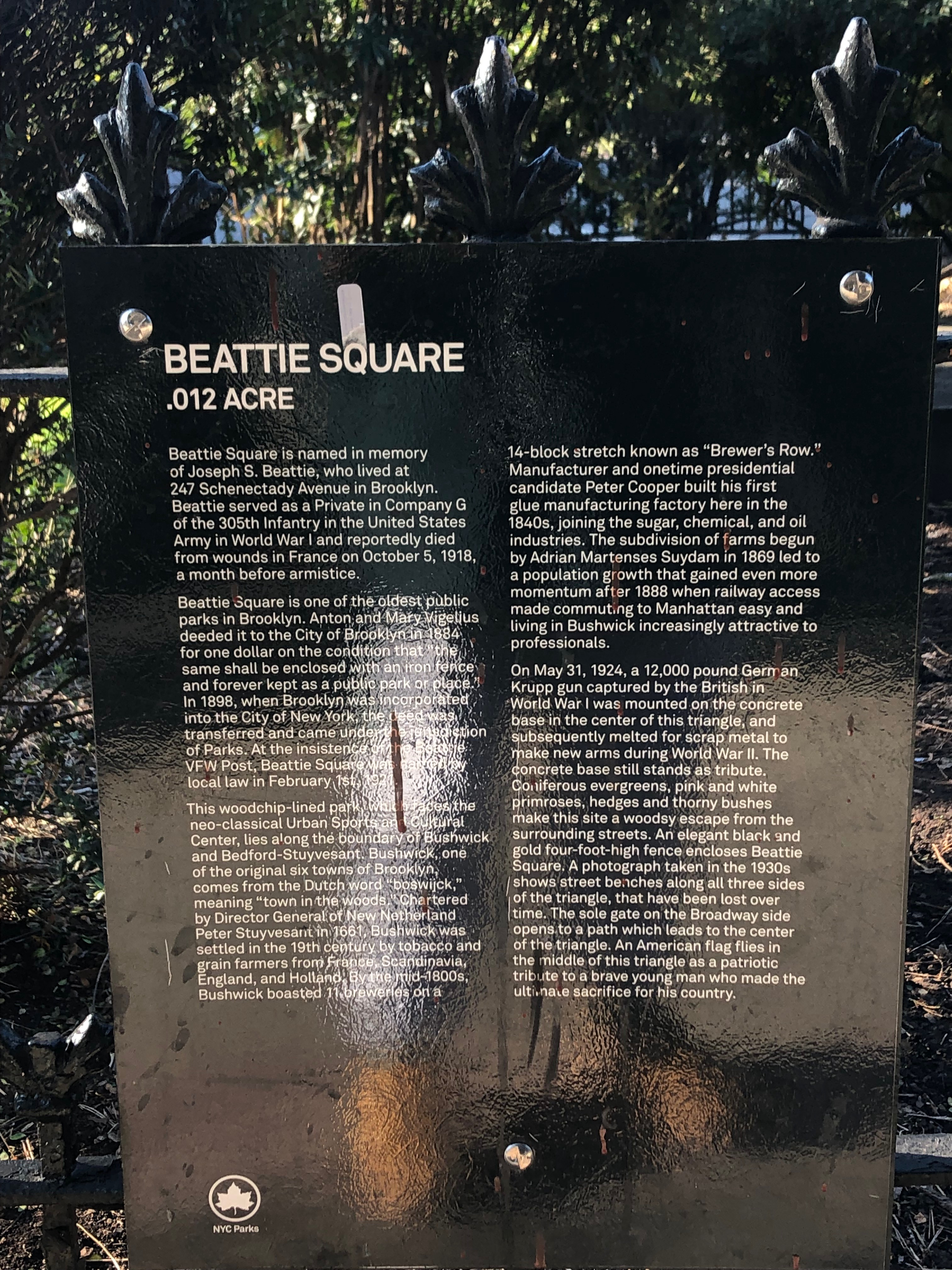 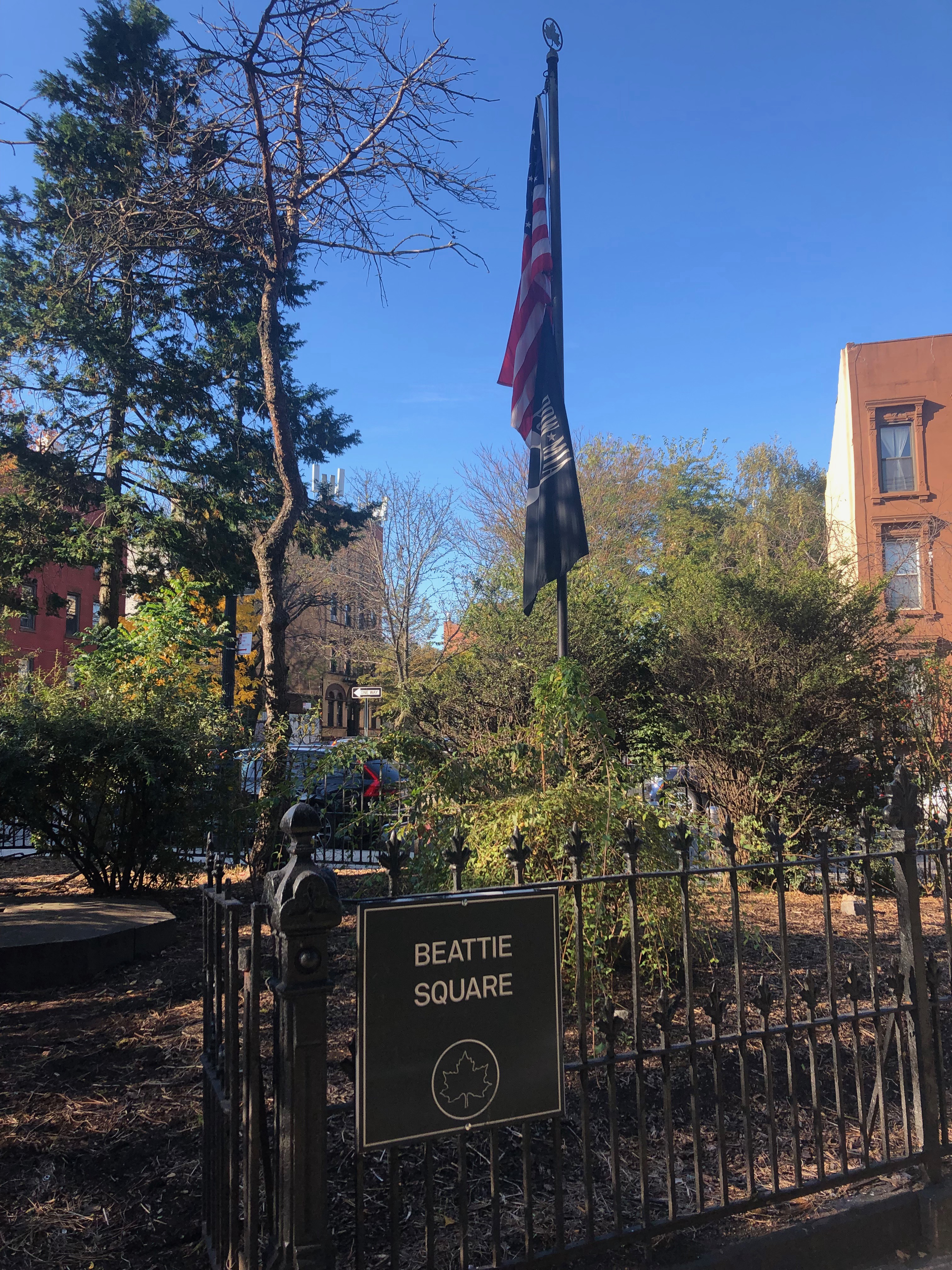 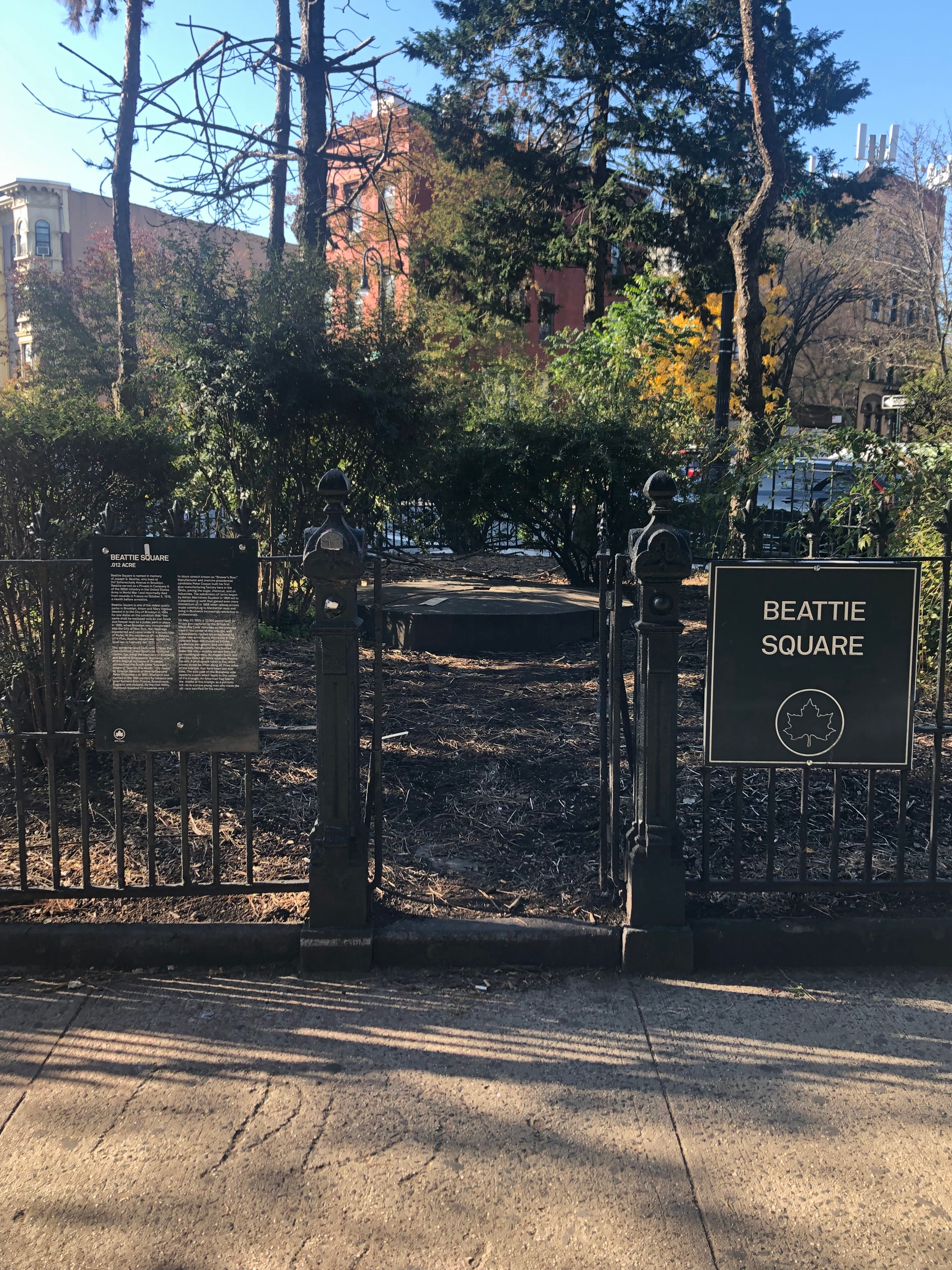 A view from Broadway. 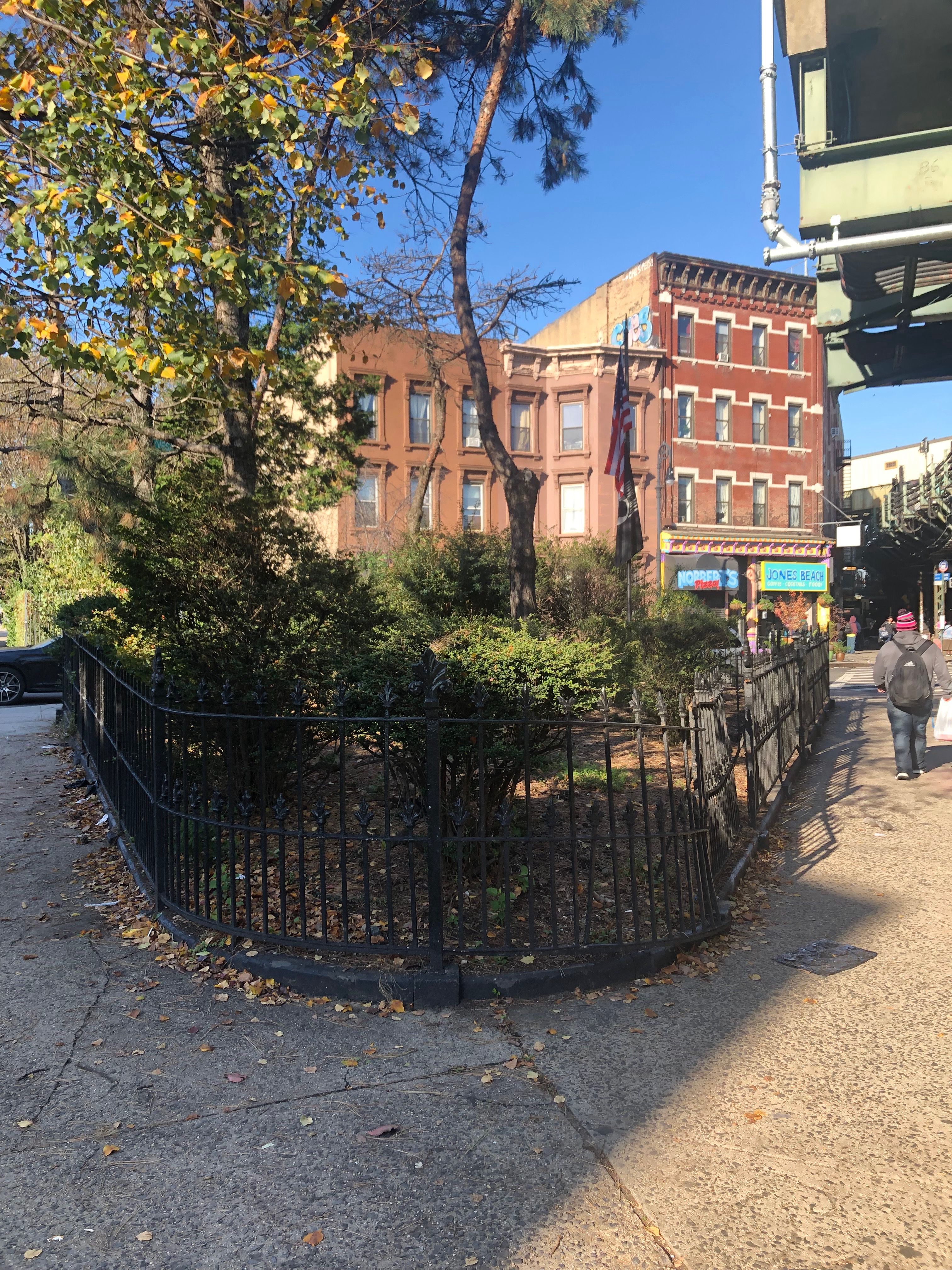 A view from Stuyvesant Avenue. 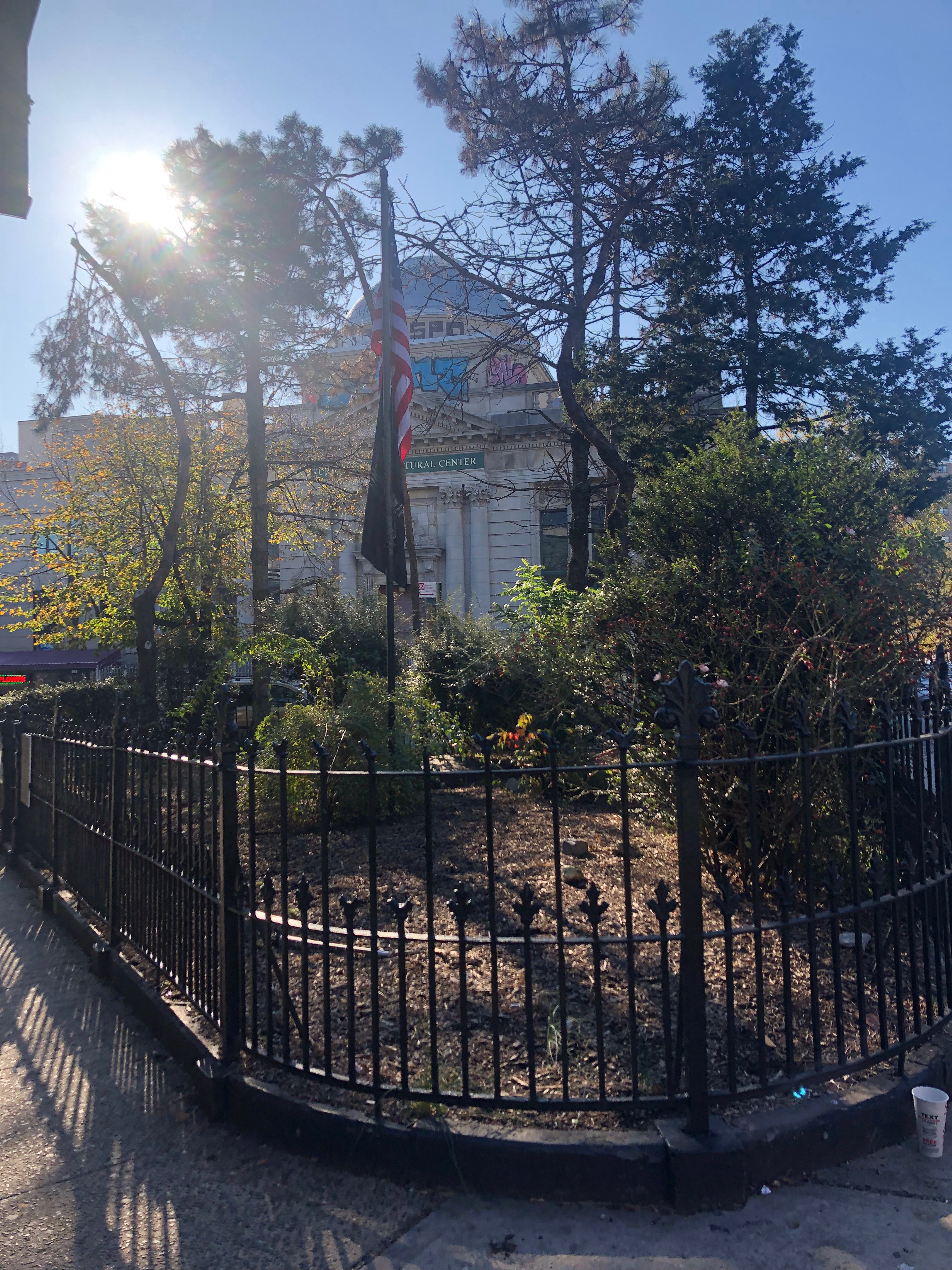 A view from Vernon Avenue. 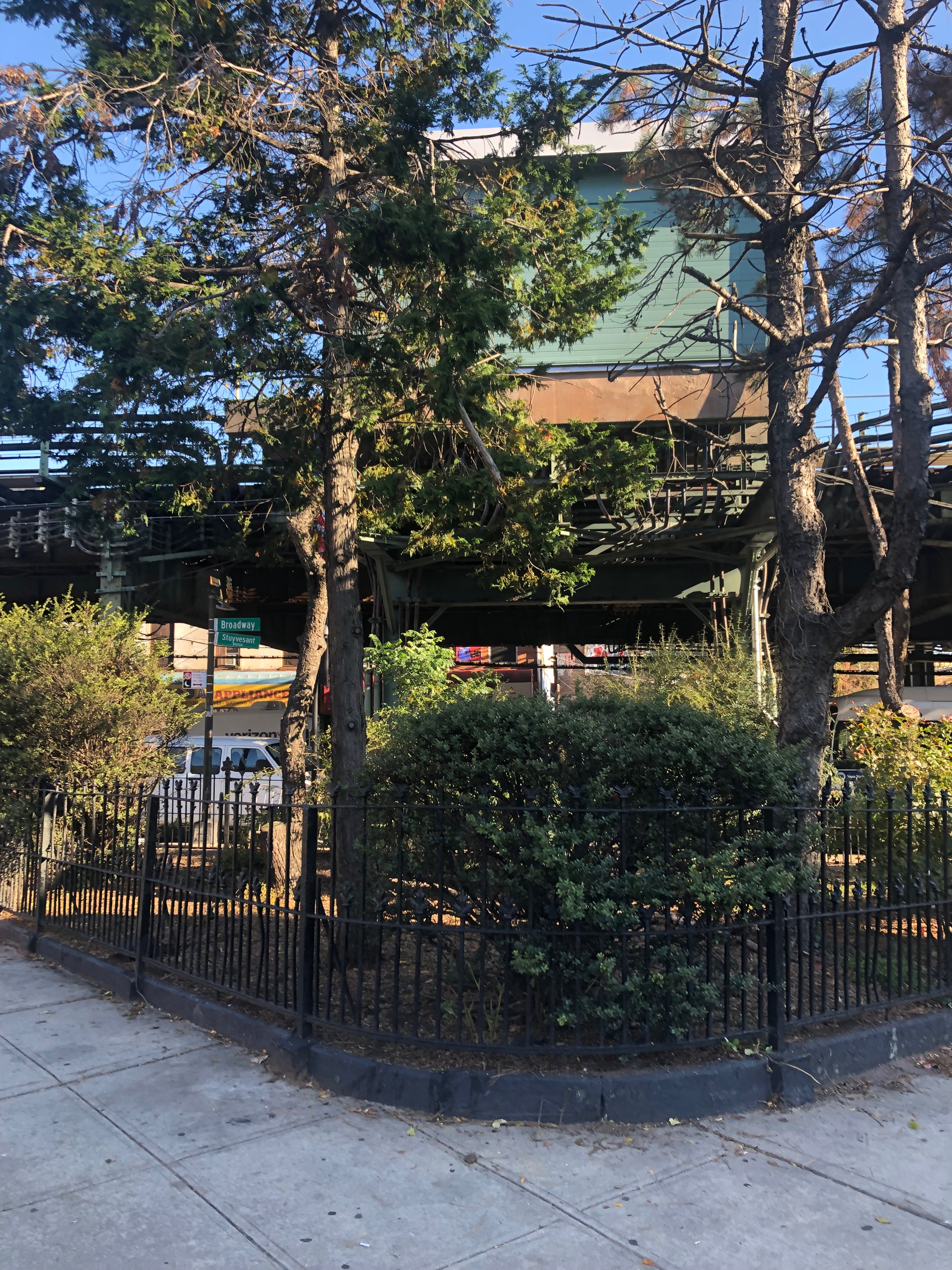 Joseph S. Beattie lived at 247 Schenectady Avenue. His time as a private in Company G of the 305th Infantry was brief. He died in battle on October 5, 1918 of multiple wounds. One of the oldest parks in Brooklyn, it was first dedicated in 1884 and officially named in honor of Private Beattie in 1921.In 1884, Anton and Mary Vigelius dedicated a small plot of land to the city of Brooklyn on the condition that it would forever remain a park open to the public. Fifteen years later, Brooklyn was incorporated into New York City and the park came under the authority of the New York City Parks Department. Upon the insistence of the Beattie Post of the Veterans of Foreign Wars, the park was given the name Beattie Square on February 1, 1921.

In May of 1924, a 12,000-pound German Krupp gun captured by the British during the War was mounted on a concrete base in the center of the park. It was later removed and melted for scrap metal to be used for arms during World War II. Regardless, the concrete base still remains on that spot. The park itself offers a forest-like charm that makes it stand out from the surrounding area. The pathway at the entrance leads to the right of the triangle where an American flag is flown, serving as a patriotic salute to a man who sacrificed for his country.