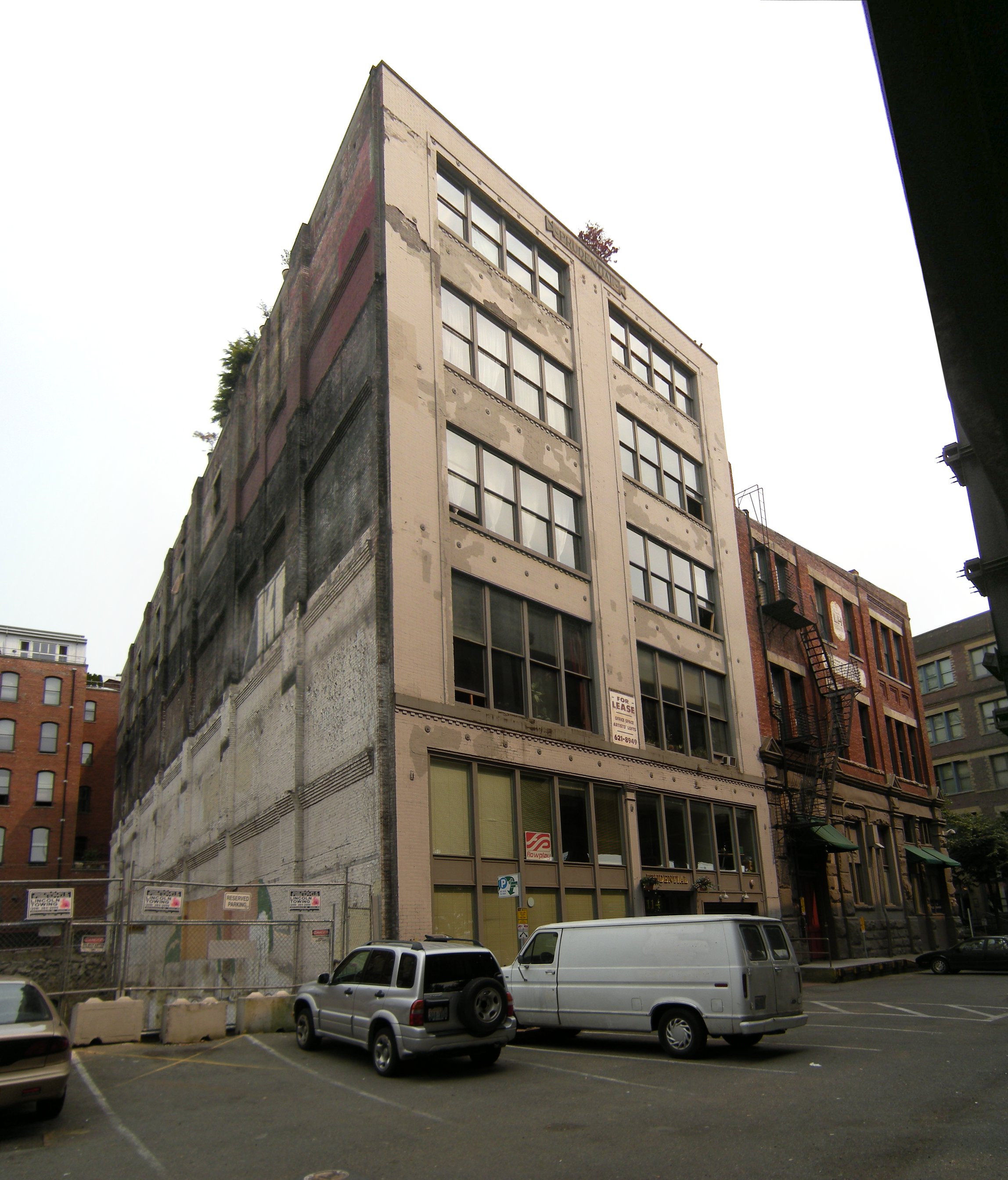 The Gold Rushes of the late 1800s are legendary, be it 1849 in San Francisco, Pike's Peak, the Black Hills of South Dakota, or the Klondike Gold Rush in the Yukon of Canada, which helped Settle see a population boom of more than 100,000 people around the turn of the 20th century. The Prudential Building stands as a reminder of that boom;

Soil from the regrading of the Seattle’s hills was used to fill in the swamplands bordering Elliott Bay, which is where the Prudential building resides. The population boom fostered in an era where residents significantly altered the center of Seattle's topography, often for the purposes of allowing the all-important railroads, a vital need for any city in the late 19th century.

Some argue that it was one of the biggest urban alterations in history. Today's Pioneer Square originally existed as a swampy, low-lying island. The regrades leveled the land, making it easy to construct roads and trains. In the process, Denny Hill was virtually destroyed, as was much of what was once Jackson HIll. In total, nearly 45,400,000 tons of earth from what amounted to 60 regrades provided landfill for the city's waterfront and the land that served the industrial district, where the Prudential Building sits.
The Prudential Building was the predecessor to an immense building boom in Seattle. The Prudential Building is symbolic of the Chicago School influence. Indeed, many of the Chicago warehouse buildings, including the Prudential Building, built of that era (and now located in historic Pioneer Square) involved a simple design, but sturdy.

Morse, Kathryn Taylor. The Nature of Gold: An Environmental History of the Klondike Gold Rush. Seattle: University of Washington Press, 2003.