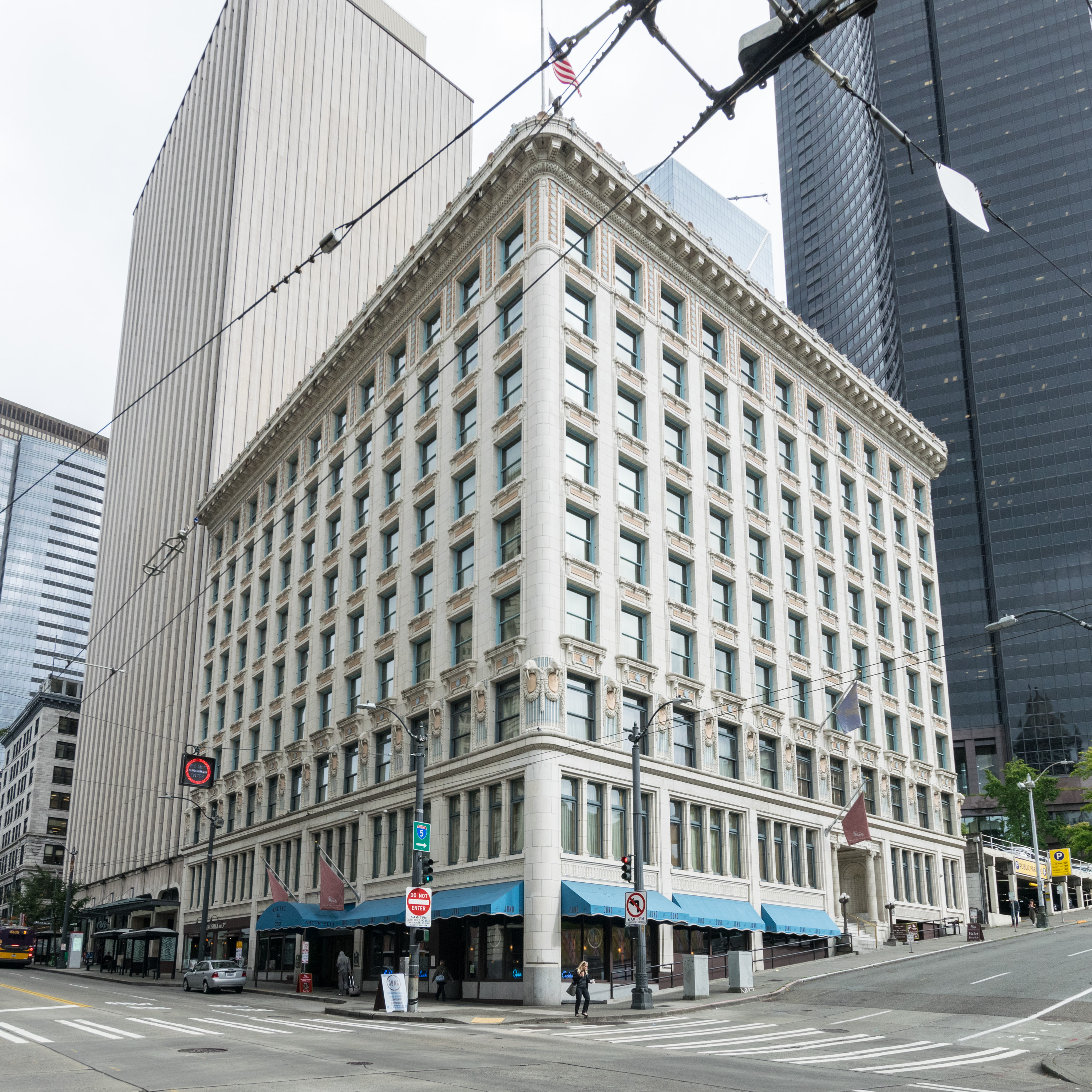 Detail of the Walruses on the Third Floor 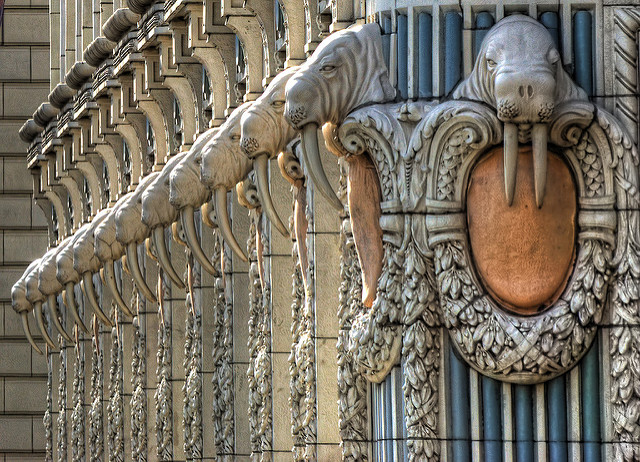 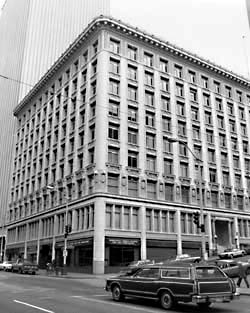 One of the Iconic Walrus Heads 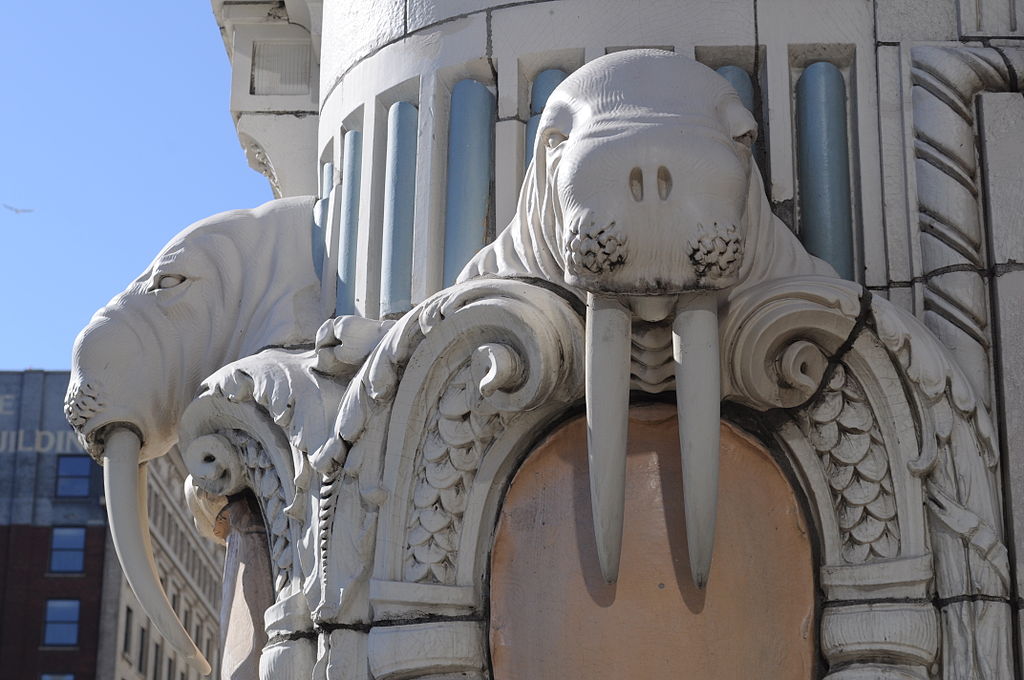 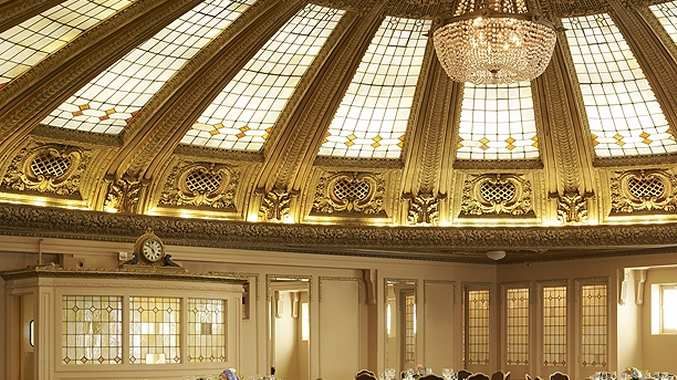 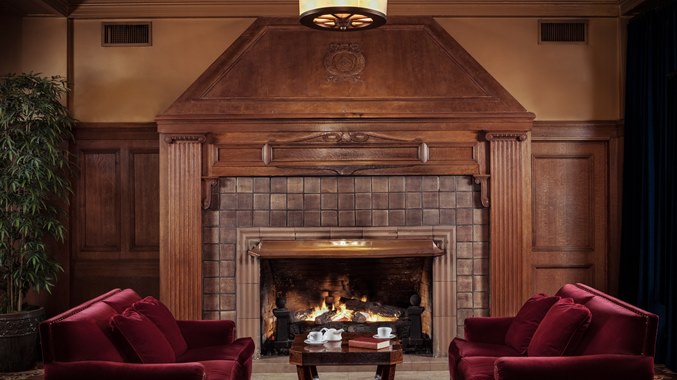 The eight-story Arctic Club was designed by Augustus Warren Gould and George W. Lawton and built in 1916 on the former site of the home of the chief justice of Washington state, Joseph R. Lewis (whose ancestor was George Washington). Before construction was even finished, the owner, James Moses, managed to lease the property to the Arctic Club, and he subsequently directed the architectural theme to evoke the North Pole. Moses and the two architects christened the Beaux-Arts style structure the Arctic Building. Gould himself described it as "a radical departure from the conventional, inasmuch as no definite style of architecture or any particular period has been adhered to."

White terra cotta embellishments were added all over the building’s multi-colored facade, from the elaborate roof cornice to walrus heads on the third story – and even a polar bear above the entrance - which was removed at a later date. The entrance to the Arctic Club was located directly beneath the polar bear with its imitation Caen stone finish, and this led to the main club floor which featured ornamental plaster-worked columns and beams. The main feature that still exists today is the "Dome Room" - or the main dining room - that is encased with a stained glass dome and comes in at 3600 square feet.

The city of Seattle began to lease office space in the Arctic Building around 1921, and the Arctic Club, a fraternal society for the wealthiest members of the Seattle community, occupied much of the building's space. Much of the Arctic Club's money came from the Alaska Gold Rush, which was being increasingly used to develop the city. The society's origins went back to late 1907 when two tycoons who earned money from the Gold Rush formed the Alaska Club, and they soon merged with Arctic explorers who had their own group that reminisced over their experiences in the Arctic. After the merge the group was simply called the Arctic Club.

Its members occupied a beautiful space inside the building, which included a large lobby, library, card rooms, billiard rooms, a private barber, tea rooms for members’ wives, and a bowling alley. The roof was used as a garden for the members to relax in. Every year, the Arctic Club entertainment committee would host a grand ball called "Smokers" to raise money, as well as hold golf and bowling tournaments. Other tenants did occupy the Arctic Building, including Congressman Marion Zioncheck. He made headlines in 1936 when he jumped to his death from his office window and landed on Third Avenue.

The Arctic Club disbanded in 1971, and the ground floor was subsequently used as retail space, with upper stories leased as offices for the Seattle Department of Community Development. When the city of Seattle purchased the Arctic Building in the late 1980s, they opted to reconfigure the entrance and paint over many of the interior surfaces. During the time they owned the building, the city did raise funds to restore the famous walrus heads, and Seattle natives still call the building "the one with the walrus tusks."

In 2008, ownership of the building transferred to the global hotelier, Hilton, and it is operated today as the Arctic Club DoubleTree Hotel. The original entrance has been restored, sans the polar bear, and certain moldings and decorations have also been saved. The iconic Dome Room was renovated and is a popular venue for weddings and other special events.The Arctic Building is a Seattle masterpiece that has been named a City of Seattle landmark, is on the National Register of Historic Places, and is a National Trust Historic Hotel.