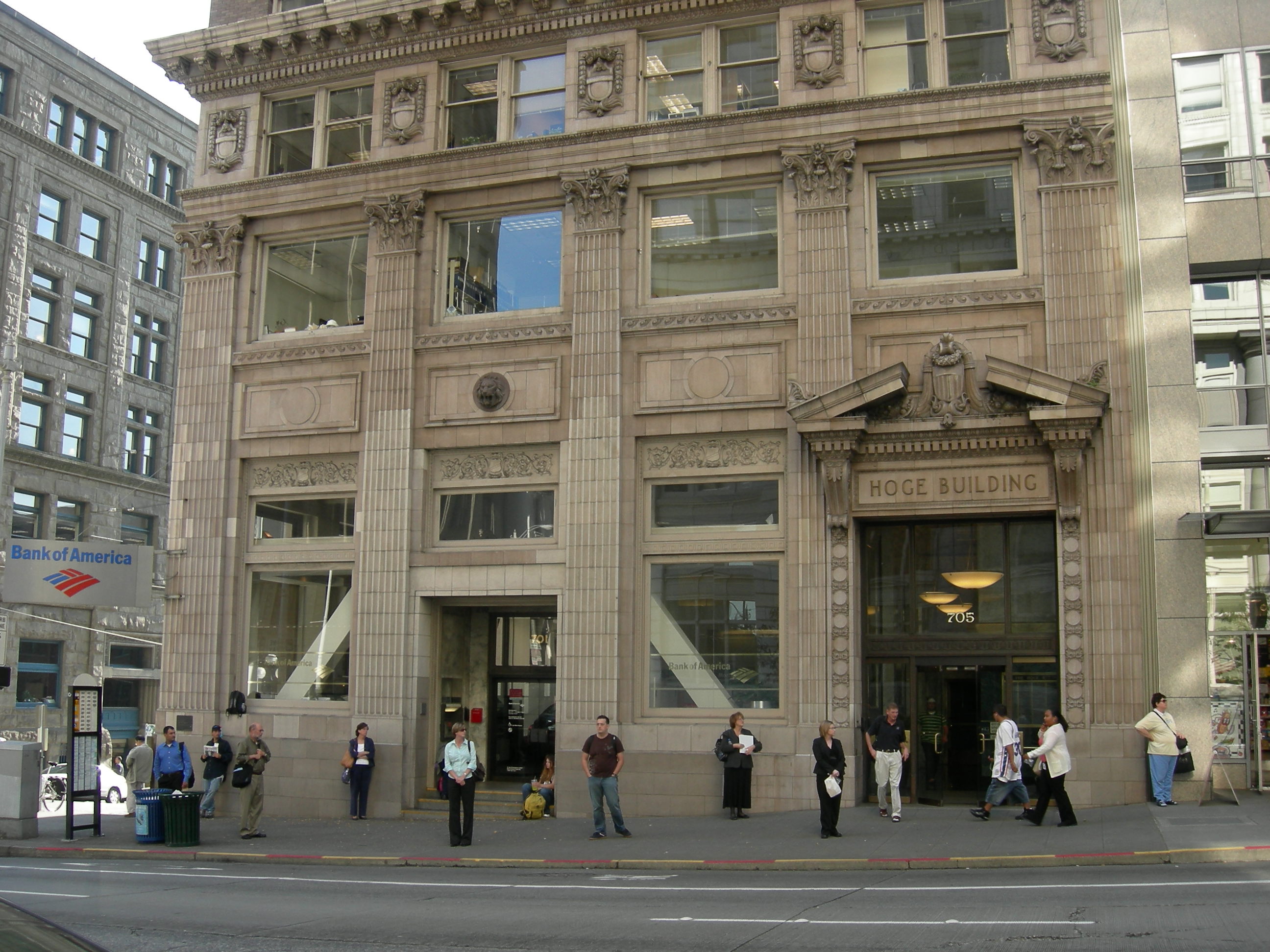 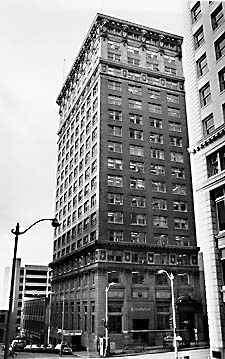 The 1911 Hoge Building represents the wealth of America's early 20th-century financial elite (not far removed from America's "Gilded Age"), the significance of gold booms, the emergence of Seattle as a prominent trade port,  and it is a prime example of architectural advances made possible by then Chicago School and others through the use of steel frame construction.  Evidence of Seattle's rapid transition from Western frontier town to a major city is noted by the fact that the building sat in the same spot where It was only fifty-nine years earlier Carson Boren, Seattle's first (white) resident, assembled his house from split cedar logs. The Hoge Building took over that area, Boren, then 88-years-old, was still living in the area when the building was finished.

The Klondike gold boom made its presence in Seattle on July 17, 1897 when the SS Portland arrived in Seattle, which started an economic boom in Seattle that changed the town forever -- the Hoge building in 1911 occurred during that boom.
Along with its proximity to lumber, Seattle's access to the Yukon and Alaska made brought droves of people of the city and ultimately helped turn the western boom town into a city. The 19th Century Railroad, a large corporation itself, wanted to seize the opportunity to arrive in Seattle, which only helped Seattle further.
Gold discoveries in Alaska magnified Seattle's place as a jumping point to gold mining regions of northwestern North America; Seattle interests controlled 90% of shipping interests related to trade with Alaska. By the time of the Hoge Building construction, gold had lost some of its allure in Alaska, but the preexisting trade network of allowed for a flourishing salmon trade industry.  As well, the railroad's arrival into town and the shipping industry made Seattle a prime location for which trade with Asia commenced, including Alaska salmon.
The expansion of Asian subsequently helped rail transshipment businesses grow, carrying products from Asia to Chicago and the Eastern United States. The increased rail traffic also made it easier for the lumber industry to expand, as it could easily be shipped anywhere in the country.
In short, by the time John Hoge went into business in Seattle, as a real estate broker and entrepreneur, Seattle was a prosperous city.

John Hoge and the Hoge Building

John Hoge who personally financed the construction of the Hoge Building, Seattle's Skyscraper (the Alaska Building was the first). Designed with seismic activity in mind,  architects incorporated into their design new ideas emerging from studies done after the 1906 San Francisco earthquake. Most amazing, the entire steel frame -- 18 stories -- was completed in 30 days, and the entire building took less than a year to finish, The Hoge Building arrived at a time when three major skyscrapers emerged in Seattle, again demonstrating the city's economic prowess and optimism (thus, heavy investing). .
Hoge and his friend simultaneously built skyscrapers and competed over the buildings' size and stature. The two friendly rivals had agreed that 14 floors would be sufficient for their needs, but Smith Tower's original plan included a design for an 18-story building. Meanwhile, The Hoge Building also had 18 stories, but its extra height for each story allowed it become Seattle's tallest building for a short time. Not long after that, Smith, added a 24-story tower to his building, a feature the Hoge building could not structurally support.
--------------

The Hoge Building represents a time in Seattle when captains of Industry capitalized on Seattle's potential (and reality) as a thriving trade port. The broader picture of U.S. history (and the World) can be seen in the Hoge story -- gold discovery, the opening of Japan and Asia, increased lumber, a nation stretching from coast-to-coast, and wealthy men building skyscrapers at a time when the technology was allowing cities to literally grow upwards.