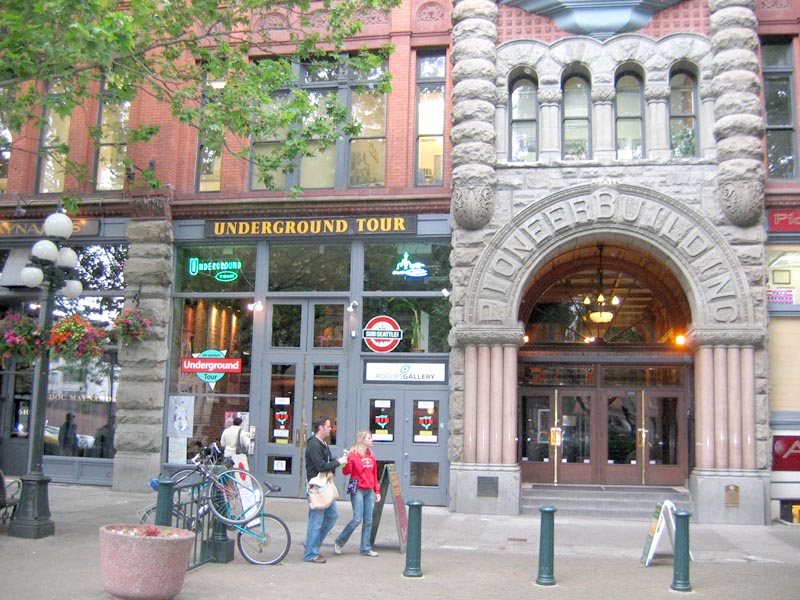 A stop along the underground tour 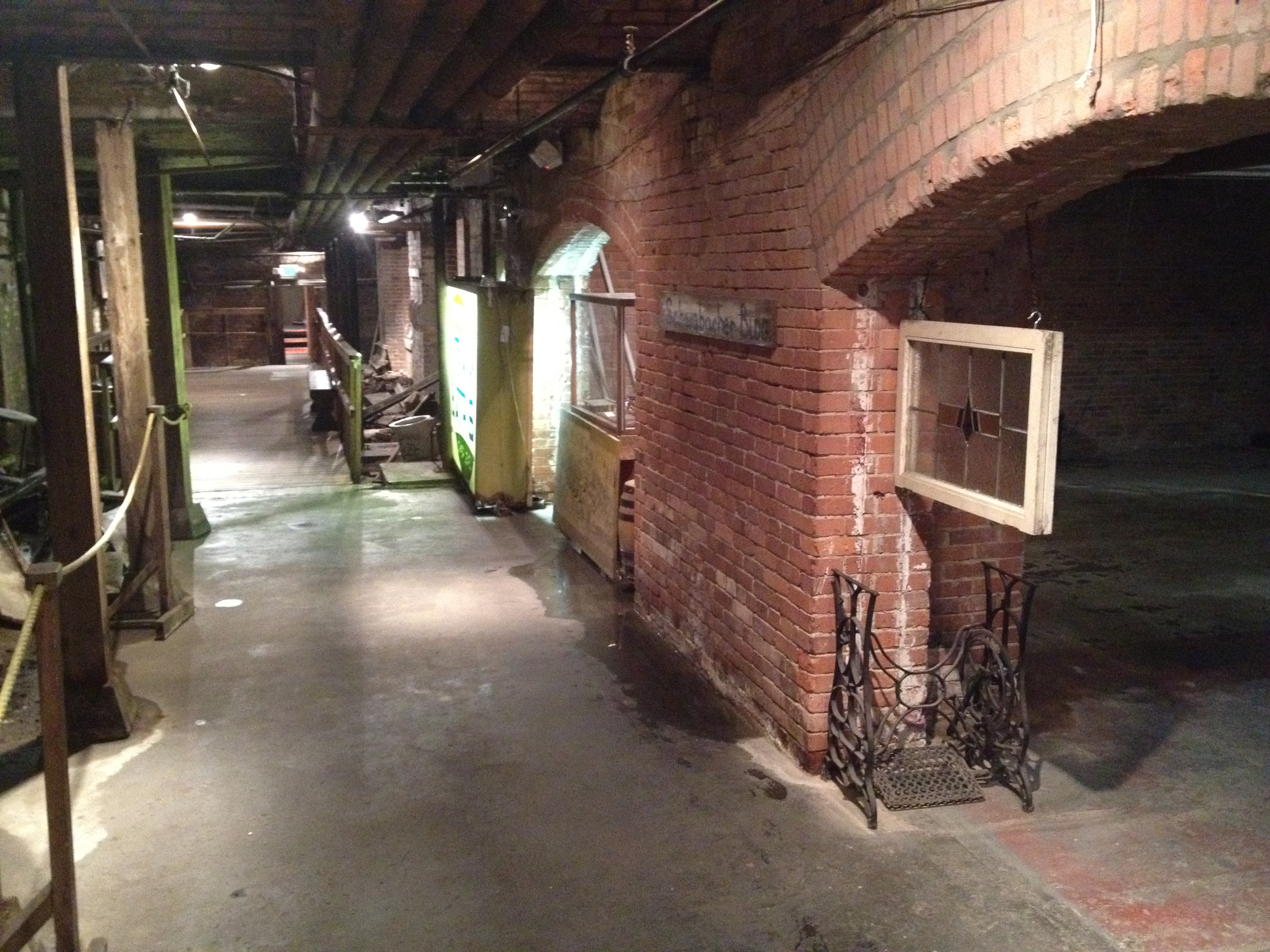 Underground Tour Skylights onto the Street 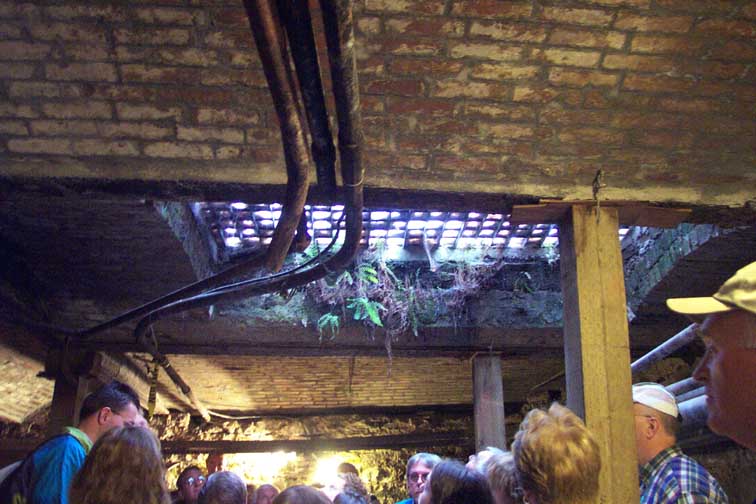 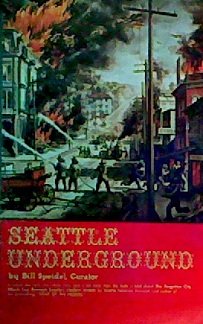 In 1889, a massive fire destroyed 31 blocks of the nascent port city of Seattle. When Seattle’s leaders began rebuilding, they took a new approach to construction, using stone and brick rather than wood frame construction. While this reduced the likelihood of another fire, city leaders still had a major problem: their downtown buildings stood at ground level which made it difficult to drain waste water to the bay. Rising waters from Elliott Bay often produced flooding, causing complications with the plumbing and other structural issues.

The situation became increasingly untenable as the city grew. New buildings and homes built at a higher elevation drained their sewage to the bay as well, but when the bay level rose, all of that sewage drained into the streets. Rather than rebuild completely, the city decided to elevate the streets so that they might also elevate the waste water pipes. This created a new dilemma for owners of newly-constructed downtown buildings-their street-level entrances would soon be below grade.

City leaders proposed that the first floors of downtown buildings would be part of an underground network. Tunnels were created around the existing sidewalks, and the first floor of buildings were converted into basements. For a time, Seattle residents used the underground passageways as covered sidewalks, and the original ground level floors still functioned as workable spaces. However, fear of disease and crime eventually forced people out of these underground spaces. Many of the tunnels and basements became storage space or were left abandoned.

Over the years, the passageways took on an a new purpose. Those attracted to the growing illicit counterculture of Seattle were drawn to the underground space, and illegal flophouses, speakeasies, gambling halls, brothel and opium dens occupied the unused halls. As this space gained popularity and notoriety, it eventually became too crowded and well known to function as an effective have from the police and morals committees. As the police raided the Underground, the space once again became deserted.

In 1965, local resident Bill Speidel established his now famous Underground Tour as a way to raise funds to preserve these historic spaces. A non-profit organization that earns revenue through donations, tours, and merchandise, the group has worked to restore many areas of Seattle's Underground while also working to spread replace myths with factual urban history. Today the tour continues to operate in the Underground tunnels. While some renovations have been completed, Speidel’s continues to maintain the same aesthetics and environment their founder discovered when he first went underground in the 1960s.

Visitors are only able to access the space through the Underground Tour, which leads them through a maze of the deserted and storied areas. Knowledgeable local tour guides provide engaging, humorous, and mostly factual stories about the Underground’s history. A second tour, specifically for adults, also provides a more in-depth examination of the adult themed behaviors enacted in this space.