King Street Station (image from the City of Seattle) 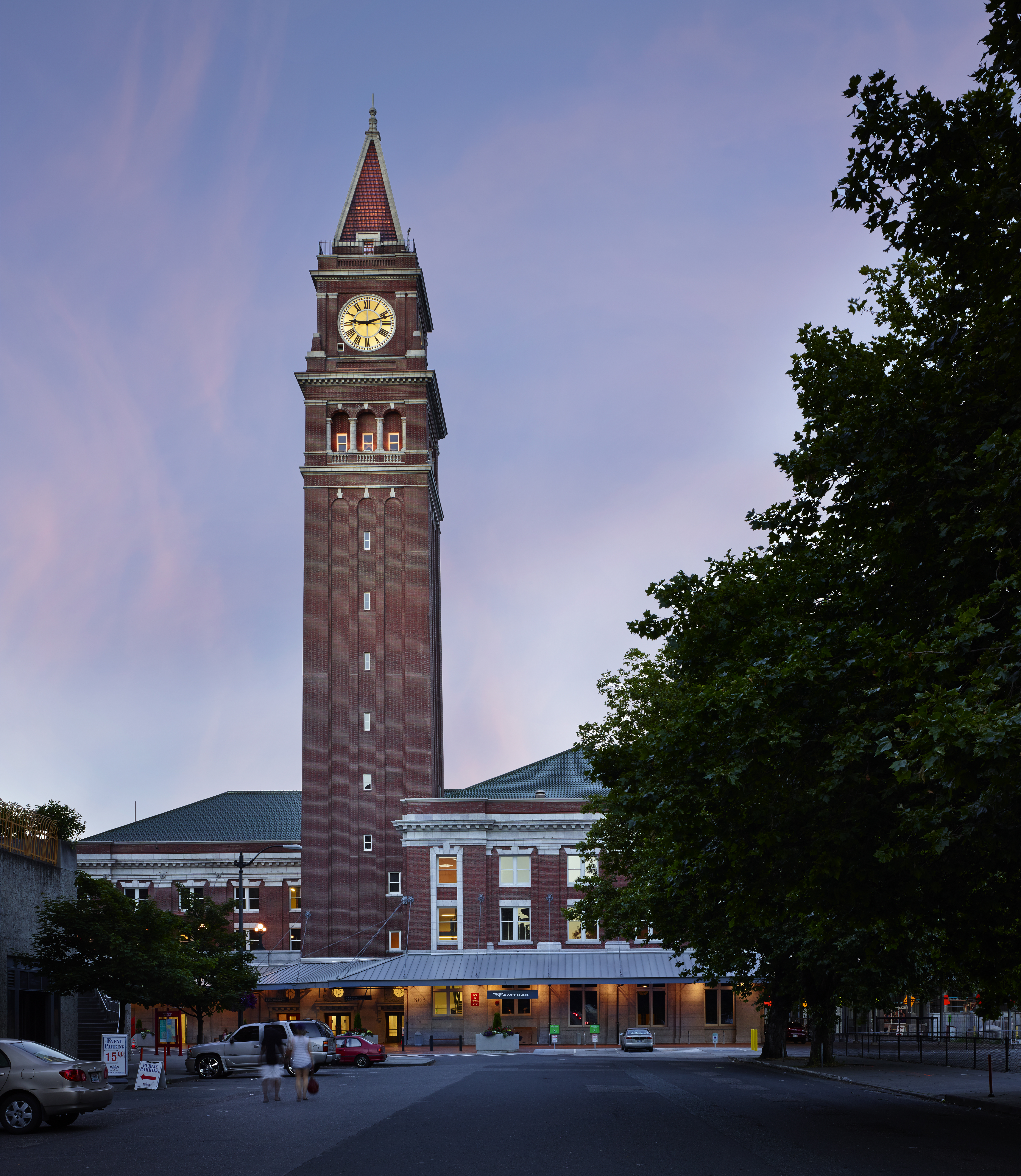 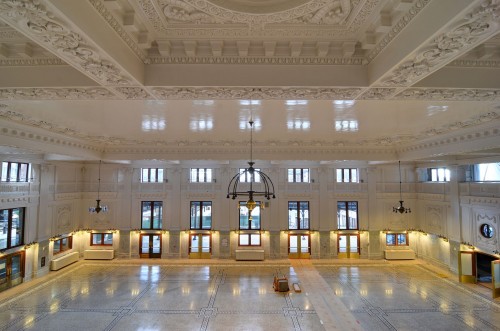 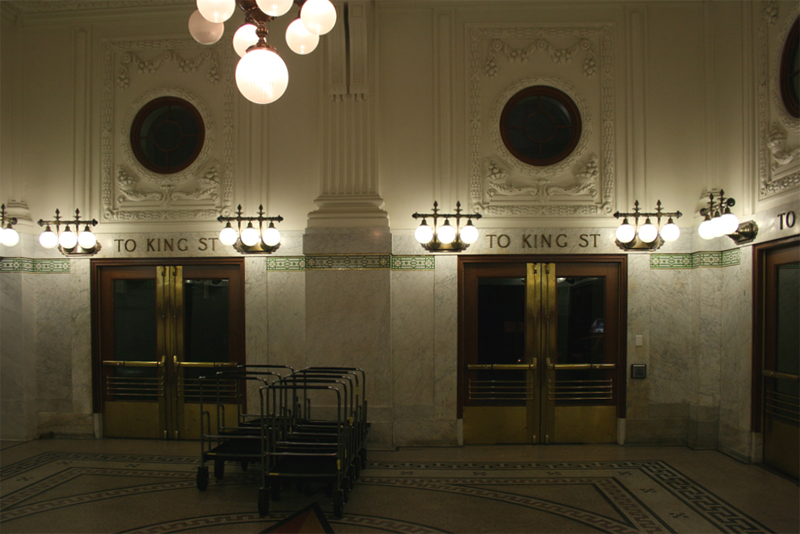 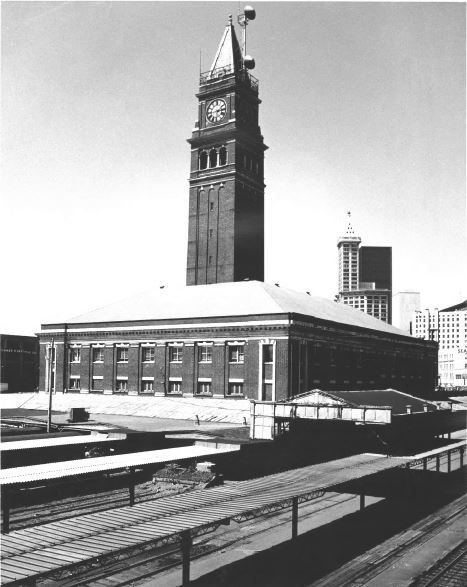 As the Northern Pacific Railroad's transcontinental line approached completion in the 1880s, it was already becoming evident that the earlier decision to end the line at Tacoma rather than Seattle had been a mistake. This was one Seattle had already realized and attempted to rectify by opening their own branch lines including the Seattle & Walla Railroad. By the 1890s, much of Northern Pacific's business had shifted to Seattle. Railroad Avenue (present-day Alaskan Way) opened along the Elliott Bay shore in 1887, but it was short-lived due to suffering through Seattle's 1889 Great Fire. Canadian immigrant James J. Hill (1838-1916), owner of the Great Northern Railway (known previously as the St. Paul, Minnesota, & Manitoba Railway Company or the St. Paul & Pacific), became the first builder of a transcontinental line without government aid when he extended his line to Seattle in 1893, when in the same year the nationwide financial panic struck and bankrupted Northern Pacific.

The two companies shared a wood-framed terminal called Union Depot along Railroad Avenue until Hill bought control of the Northern Pacific three years later, but it retained it’s own president, Charles Mellen (1852-1927). Plans for a new station were formed and complex on filled tide flats away from the waterfront were announced in 1902. The St. Paul, Minnesota architectural firm Reed & Stem was commissioned the following year. Built by the Chicago firm of Johnson & Company, the station's name was debated throughout the construction process with names including Union Depot, Seattle Depot, Northern Depot, and finally, King Street Station, which would be the chosen name. The L-shaped train station was opened in May of 1906 with the four-faced clock tower being the tallest structure in Seattle at the time and the interior elegance much lauded and praised. With ornamental plaster ceilings, chandeliers, white marble columnns, and terrazzo floors, including a compass pattern mosaic at the entrance, the King Street Station was built to be glamorous.

Like many other rail stations, the King Street Station declined as air travel increased over the course of the 20th century. The clock and building were not maintained and attempts to modernize the station only detracted from the original elegance as the floors and ceiling were covered over with acoustical tiles, windows boarded over, the waiting room partitioned, the marble and mosaic walls covered with plastic laminate, and the lighting replaced with fluorescent bulbs. By the 1990s, the building was owned by the Burlington Northern & Santa Fe Railroad (BNSF), with leases to Amtrak and the Sound Transit commuter rail service. The process of renovation began, but not until the City of Seattle purchased the station from BNSF in 2008 was the full-scale restoration designed. What had been covered up in the 1960s—the floors, decorative plasterwork, and windows—were uncovered and restored. The clock tower was repaired fully and new train platforms were added. The new light fixtures were installed and electrical systems were upgraded with new environmental-friendly additions added. The station made it on the National Register of Historic Places in 1973. The restored main waiting room was re-opened in April 2013.