Built in 1903 by John and James Dinnie, the Dinnie Apartments provided Grand Forks with one of its first upscale apartment complexes. Designed to fit the needs of the growing city, these apartments provided housing for a growing upper middle class. The apartments' prominence in the city mirrored the prominence of their designers as the Dinnie brothers would both go onto become mayors of the city of Grand Forks and play a vital role in the area's society. 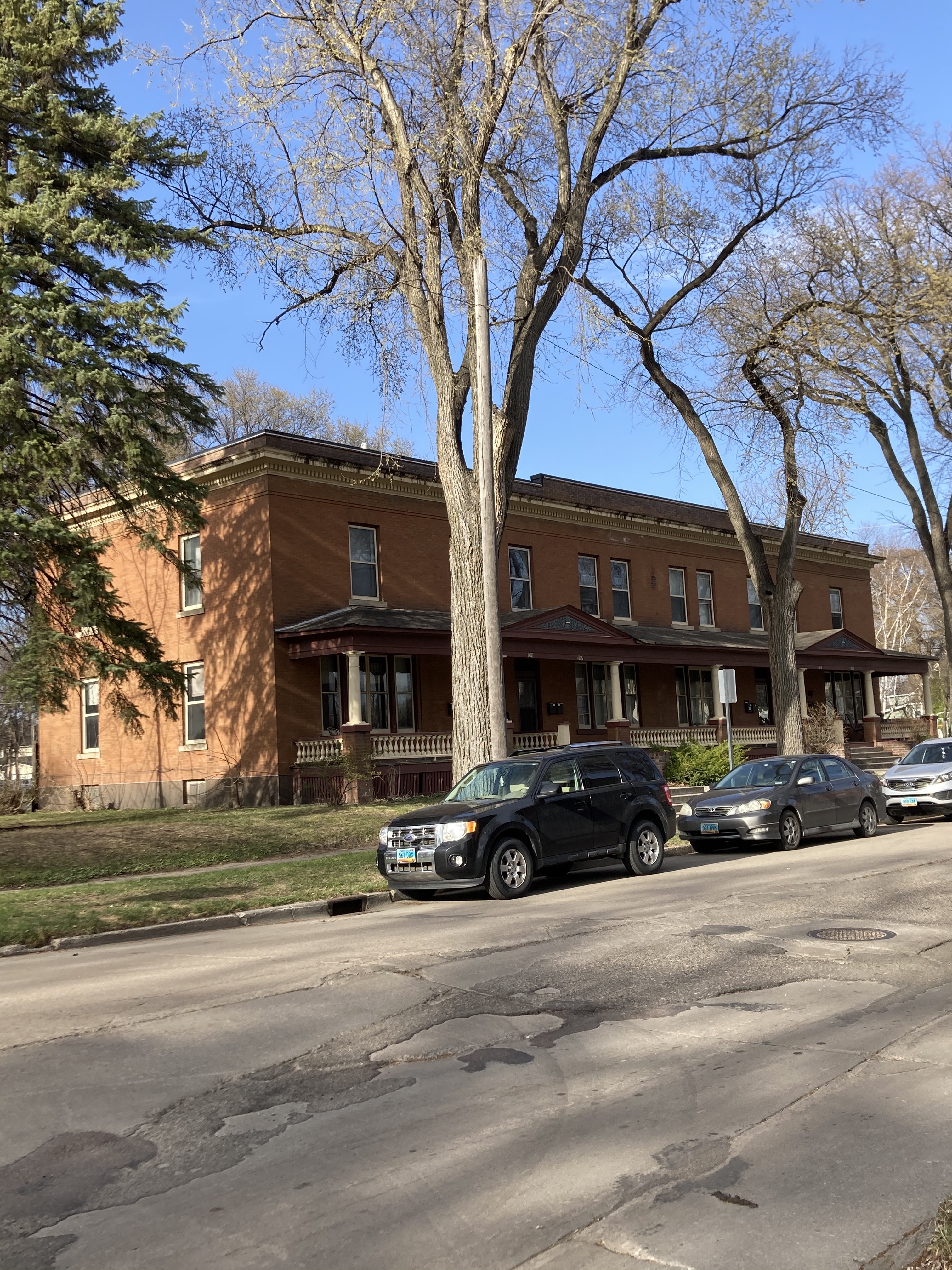 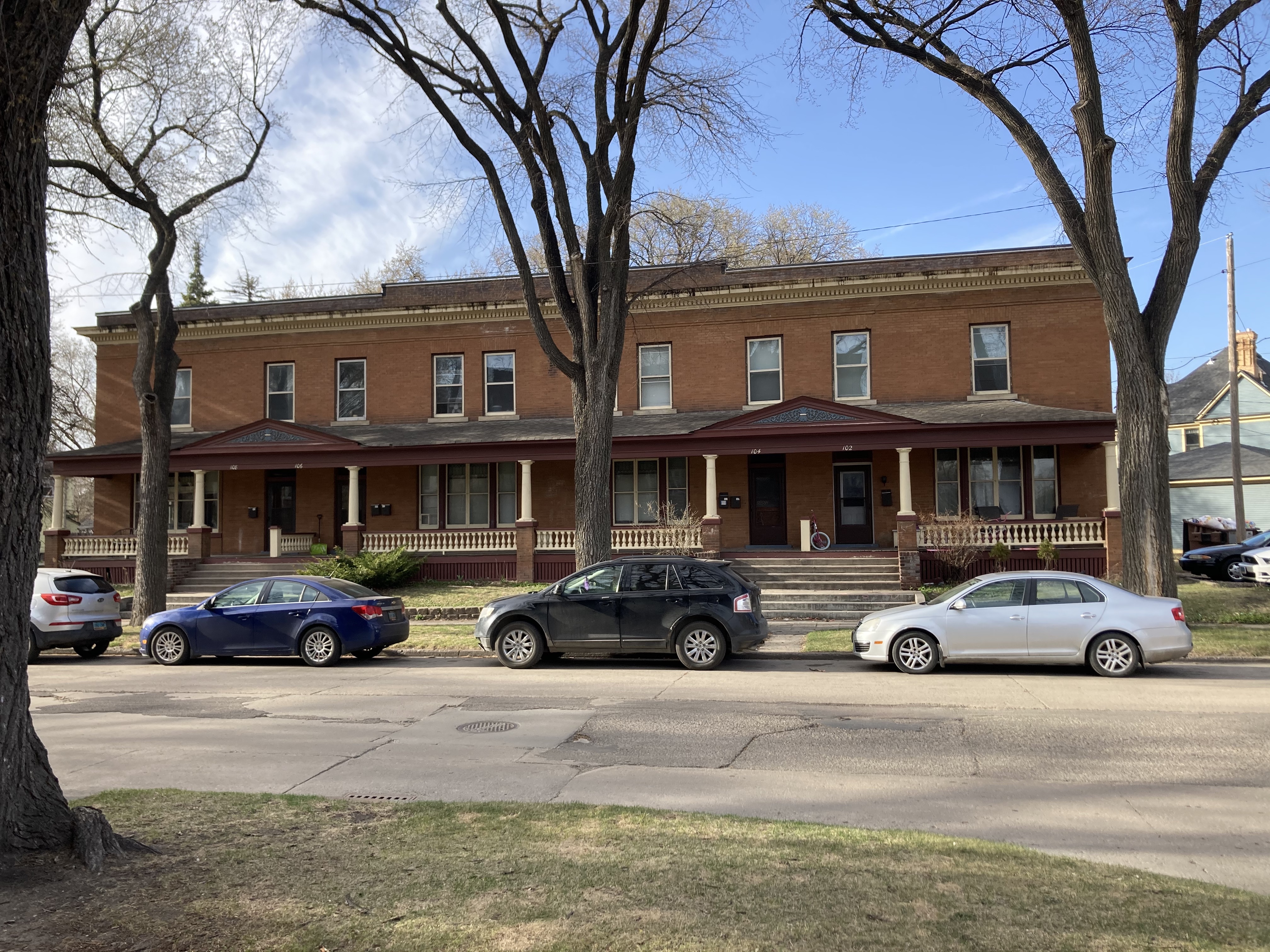 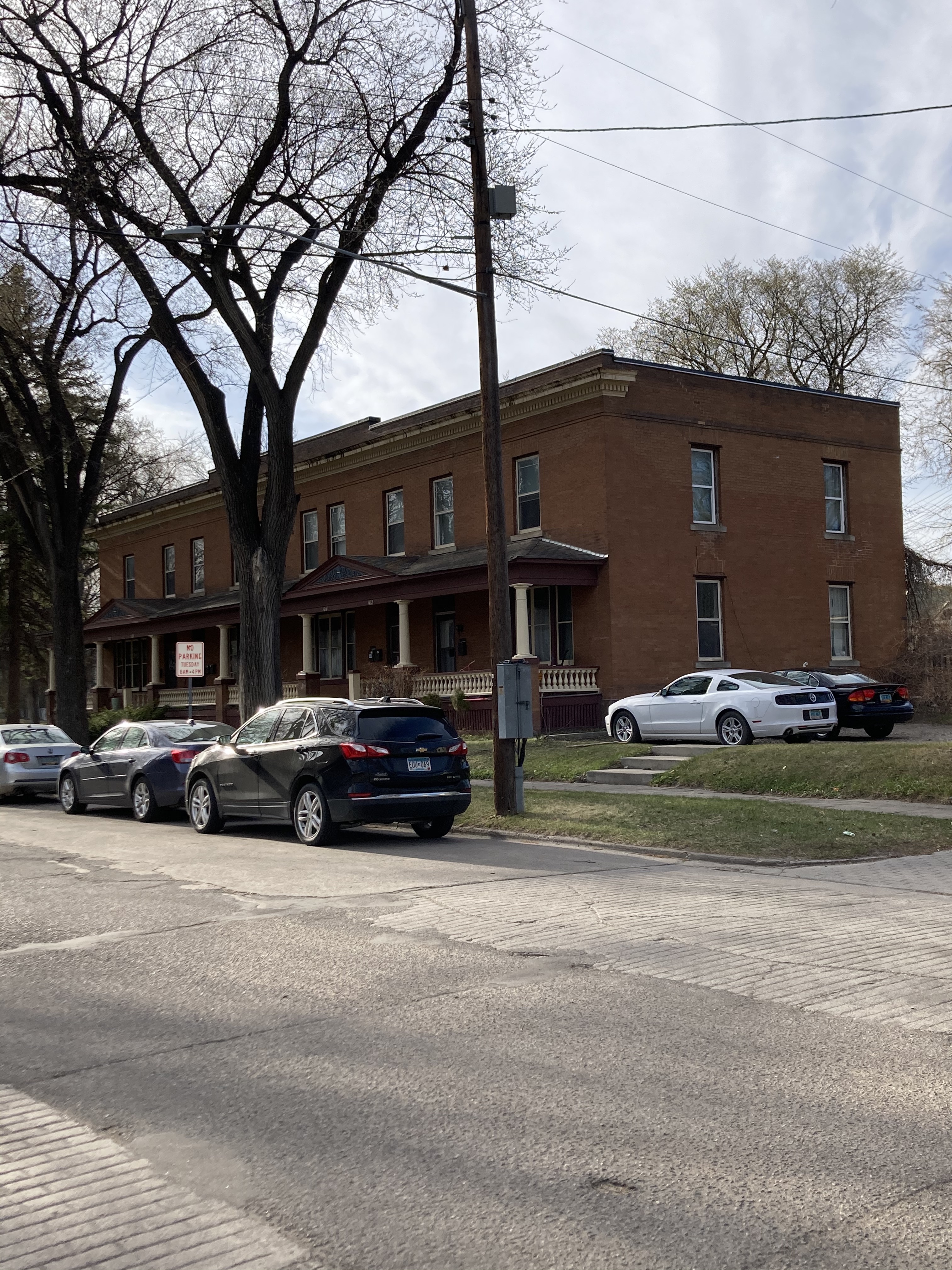 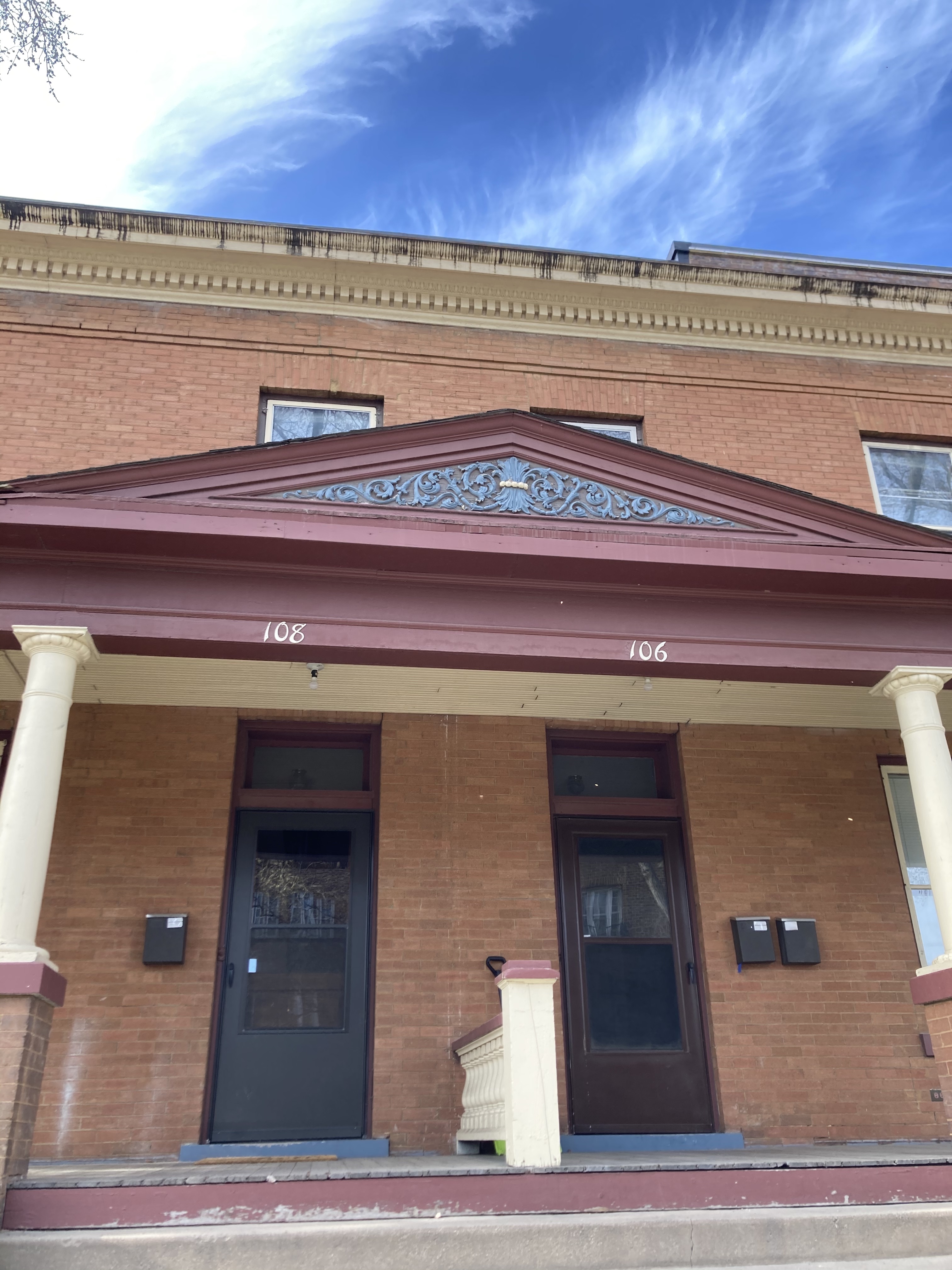 The Dinnie Apartments were built in 1903 on Fourth Ave South during a period of expansion for Grand Forks. The Dinnie Brothers, John and James, used bricks from their brickyard to build the four townhomes in the complex. These apartments consist of 1,600 square feet of living space and feature a large front porch, bay windows, and decorative columns. The two-story red brick building was built in the Classical Revival style in order to match the elegance that other homes in the area had. To this day, the apartments have been relatively maintained and have kept a lot of the original woodwork the Dinnie Brothers had installed including around the doors, windows, staircases and almost all the rooms have the original wood ceiling molding. The apartments also have high, plaster ceilings and the walls are covered in plaster as well.

During the beginning of the 20th century Grand Forks began to see a significant increase in population during what is called the Second Dakota Boom. This population boom caused a housing shortage, especially for those of the upper middle class. In order to meet the demand, the Dinnie Brothers built the first high end apartment building in the city. The Dinnie Brothers set their sights on Fourth Avenue South, near the Red River for their build. The area had seen a wealthy merchant class begin to settle there and the Dinnie Brothers wanted to capitalize on this market. These apartments became immensely popular and caused the Dinnie Brothers to build another set of apartments in Grand Forks on Chestnut Street in 1905. The Dinnie Apartments also became a symbol of elegance in Grand Forks. As one newspaper article titled “Unsightly Places” suggested during a bid for a city wide beautification,

"Seems to me it is a splendid place for a modern up to date flat, something on the same plan as the Dinnie flats" (5)

The Dinnie Brothers' prominence was felt in more than just their architecture. Both brothers became well respected mayors at different times in Grand Forks’ history. John Dinnie became mayor first in 1896 and kept his position till 1904 and James A. Dinnie was mayor from 1914 to 1918. They not only were popular with the citizens of Grand Forks, but also with the press. James A. Dinnie and his wife were written about in “Society” columns in the town newspaper The Grand Forks Herald. While running for re-election in 1906, a biased article written in The Grand Forks Herald titled “Voters Greet Dinnie Warmly” shows John Dinnie in a very good light while showing his opponent, George A. Bangs, as a less than ideal candidate for mayor. Both brothers also continued to contribute to the architectural landscape of North Dakota after building more apartment buildings in both Minot and Bismark.