The Grand Forks Mercantile Company is a building located near the Red River in Downtown Grand Forks. The site was constructed in 1893 and has served the various communities which have found themselves around it. From a Ford Motors dealership to Hugo’s food store, the site remained a fixture within Grand Forks for many years. This achievement and service have been denoted as early as October 1982 when the site was listed within the National Registry of Historic Places. Throughout various renovations of the site and changes within the city the Grand Forks, Mercantile Co. has managed to be utilized.

This is a more modern look at the building provided by JLG architects in their account of the renovation. 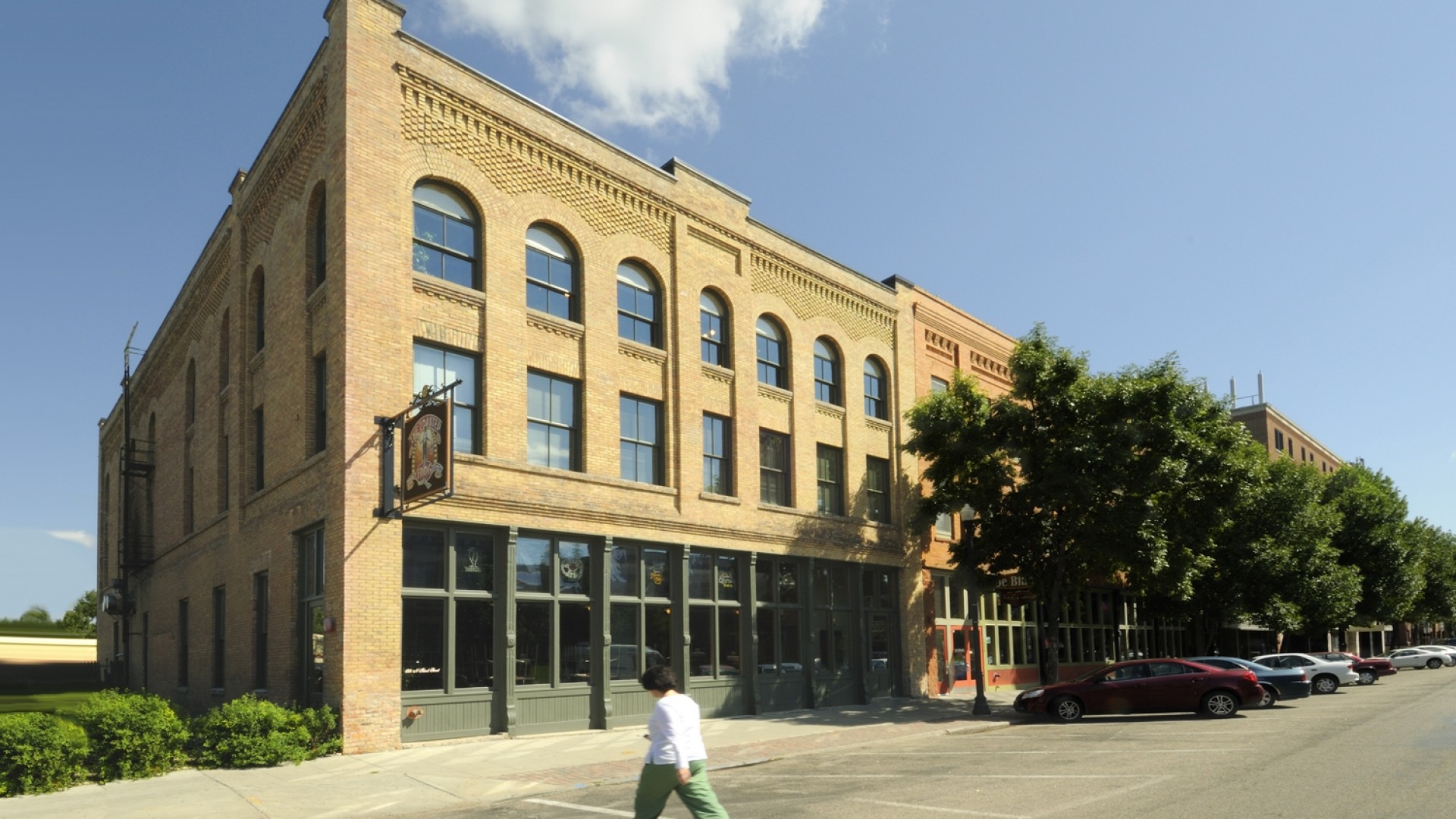 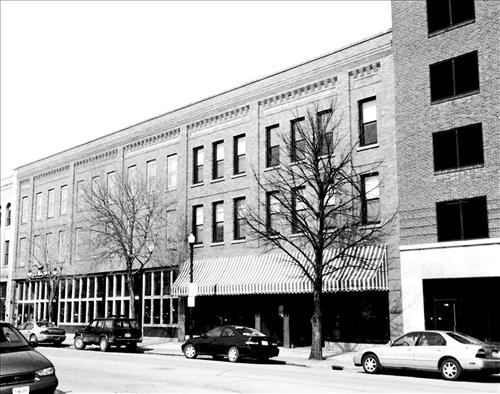 The site was constructed in 1893 and held an original cost of roughly $12,000 for the three-story building. This expense was paid by the Grand Forks Mercantile Co, Wholesale Grocers. In the over 100 years since the site's construction, it has continued to remain a fixture within Grand Forks.

The site's construction and current design can be described as a brick three-story rectangular building. While this seems to be a lackluster description of such a historic site, these characteristics are fitting for its original intended purpose. The site also has been noted for its steel beam use paired with a reliance on wood/timber frame. This was indicative of this era in 19th-century architecture as modern materials were being used at an increasing yet reluctant rate.

The historic significance which led to the site's place among databases such as the National Register of Historic is due to one particular aspect of the building, As mentioned in historic North Dakota Cultural Resources Surveys. “This building is the only original structure on the east side of North Third Street which represents the wholesale district of Grand Forks in its heyday during the period from 1890- 1920 when the city was a major distributing point via the Northern Pacific and Great Northern railroads to the vast agricultural hinterland to the west, east, and north.” This statement, for the most part, continues to ring true to this day and is a fundamental characteristic of the site when it comes to properly acknowledge its place in the city throughout history and into the modern age.

Aside from the site's historic importance to the city in its early years, and the specific characteristics in the modern era which have led to its preservation, the sites continuously changing and innovating purpose and service is yet another sign of its significance. In an article/posting found on the JLG architects website, they describe both a renovation that focused on bringing back the original look and vintage style of the building as well as listing several of the various businesses which have been housed within the building. The Grand Forks Mercantile Co was once home to a Ford Motor Dealership, Hugo’s food store, a stamp store, and a John Deere Implement store. The site also underwent several minor renovations and construction projects which have slightly altered both the exterior and interior of the building over the years.

One such renovation and redesign occurred after a fire took place within the building during World War II that nearly destroyed it entirely. Another renovation was done in 1946 that was responsible for some further minor re-designs of the interior. This is yet another example of how the history of this building has helped shape it and cement its place within Grand Forks.

The Grand Forks Mercantile Co. site was first nominated to the NRHP in a nomination form received on September 13, 1982. This nomination form provided an account of reasonings and positions behind the site's significance as well as another general description of the building and its historic purposes. This form was successful in beginning the process of preserving the site, both physically, and in records, and was instrumental in its continued existence and impact upon the city.

In the modern setting, the building now houses several restaurants and remains a lively site in downtown Grand Forks. This historical building continued to adapt and find new services to the community throughout its history. These are examples of why and how the Grand Forks Mercantile Co. has cemented its state as a staple of the downtown Grand Forks city planning and architecture.