The Cincinnati Reds Hall of Fame and Museum was first established in 1958 by the MLB franchise, The Cincinnati Reds. The Reds Hall of Fame is the largest team hall of fame in all of baseball and is a place where Reds baseball comes alive each day. It was started as a way to commemorate the players, management, and moments in Red's history. Plan your visit today and enjoy family fun for all ages, including ball park tours which are available during certain seasons. 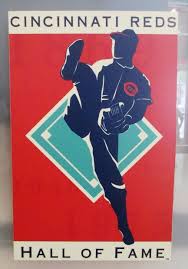 Entrance into the Cincinnati Reds Hall of Fame. 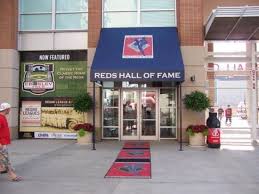 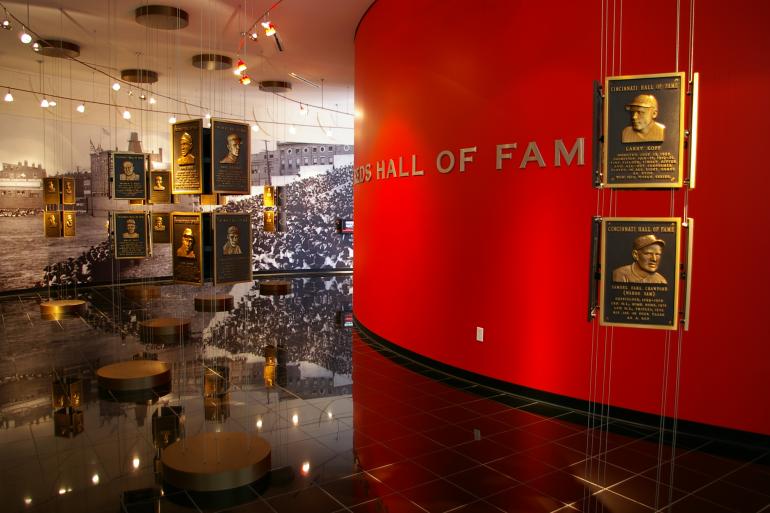 The Cincinnati Reds were the second baseball team to form a Hall of Fame, only after the Cleveland Indians Hall which started in 1951. Shortly after opening, it closed making the Reds Hall of Fame the oldest team Hall of Fame in baseball history. It is also the largest Hall of Fame with 71 members.

The idea for the Reds Hall of Fame was promoted by the Sports Committee of the Cincinnati Chamber of Commerce, in cooperation with the Reds and owner Powel Crosley. For many years the Chamber of Commerce ran the election and hosted the induction ceremonies at the ballpark. The first ballot included 25 names, and fans could vote for up to five players. Nearly 200,000 votes were cast and of the 25 players who appeared on this ballot, 20 were eventually inducted into the Reds Hall of Fame.

Around 1969, the Reds franchise reduced the number of inductees to one each year so the ballot shrunk to around 10 names, and fans were permitted to vote for just one player. In the early 1980s, the Reds took over the sponsorship of the Reds Hall of Fame from the Chamber of Commerce and moved the induction ceremonies to the offseason. Voting was cancelled in 1985, resumed in 1986, and cancelled again in 1989 and the Reds Hall of Fame stood inactive for 10 years. In 1998 the Reds were asked to resume the elections, and they agreed. Voting was again stopped in 1999 but quickly resumed in 2000 and has remained ever since. The Cincinnati Reds Hall of Fame opened again in 2004 and is a place where player’s plaques can be displayed and players themselves were thrilled that their plaques finally found a home.

In 2008 the Hall of Fame celebrated its 50th  Anniversary with an elaborate exhibit and an Induction Gala which added Barry Larkin, Cesar Geronimo, Joey Jay, and August “Garry” Herrman to the Hall of Fame, bringing the total number of inductees to 75. Each year more players are inducted into the Hall of Fame and each year the spirit and history of Reds baseball comes alive through these hallways.