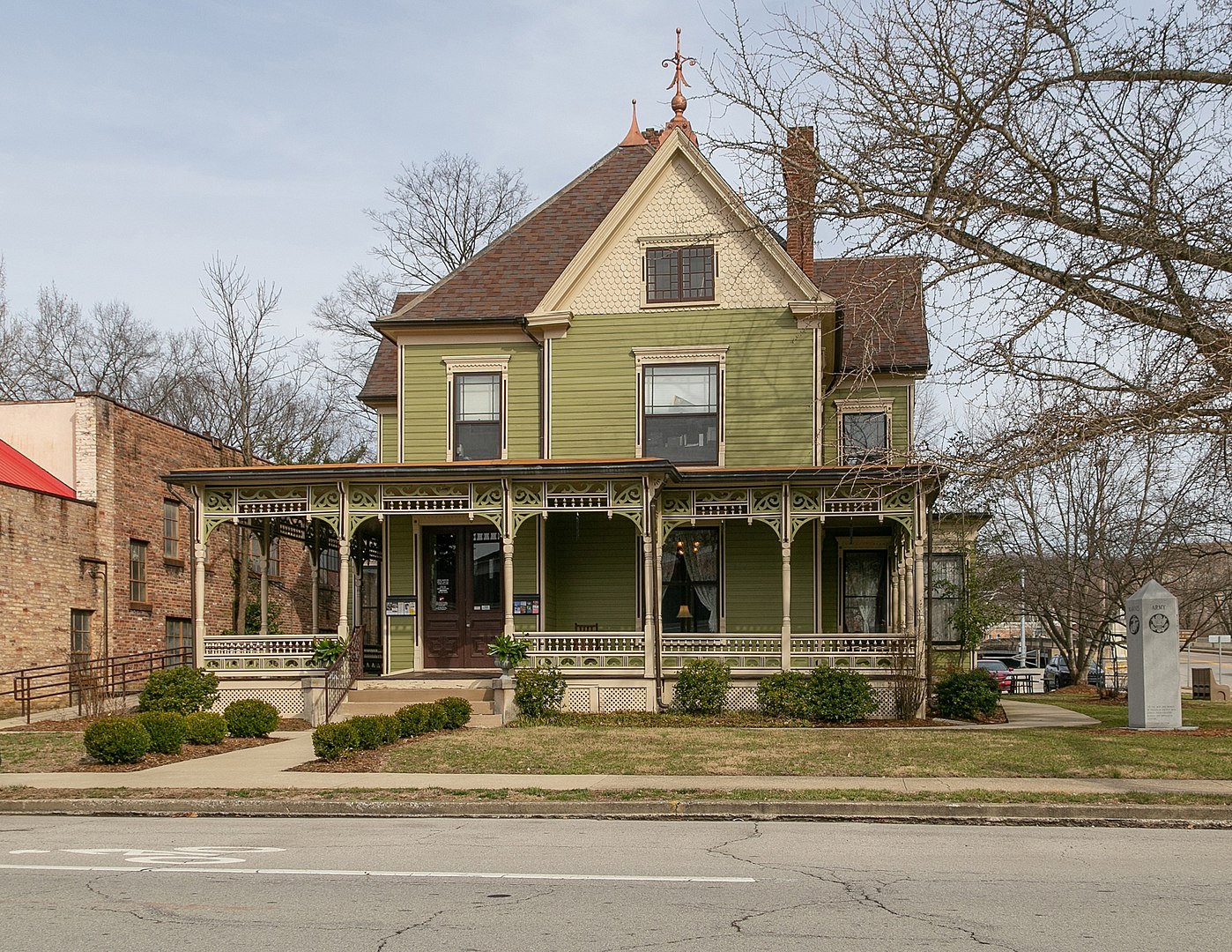 Constructed during the 1890s, the Queen Anne style Gooch House derives its name from George R. and Sarah Elizabeth Gooch, who purchased the building in 1919. Although George Gooch died shortly after buying the property, his wife and kids owned the home until 1978. Rebecca Gooch lived in the house and helped found the Rebecca-Ruth Candies in 1919, a rare example of two women forming an entrepreneurial relationship during the early twentieth century.

After his death, his wife turned the home into a boarding house known as the Green Hedges Tourist Home. The home later served as the Frankfort Visitor's Center and the offices of the Frankfort/Franklin County Tourist & Convention Commission, and then in 2019, the Kentucky Distillers Association purchased the home to use it for its headquarters. Additionally, Rebecca Gooch lived in the historic house and founded during the early twentieth century the popular Rebecca-Ruth Candies in partnership with Ruth Hanly Booe. The two women, who worked as substitute teachers, did what very few women did in 1919: they started a business. The company gained a large following because of its bourbon-flavored confections. Rebecca Gooch ended her partnership with Booe in 1929, but her name remained on the business trademark.

While the historic home enjoys exquisite architectural details, the house also stands as a reminder of women who sought ways to gain income in an era where that wasn't common. Sarah turned the house into a boarding house while Rebecca, along with Ruth Booe, formed the candy company in 1919, one year before women had the right to vote in the U.S.