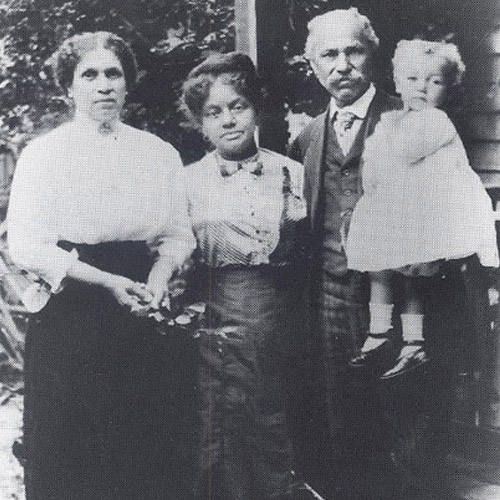 401 S Graham Street is where the home of the paternal grandparents of Romare Bearden once stood and where the artist was born in 1911. The neighborhood, called the Third Ward, was one of four wards or sections that radiated from the city’s epicenter at the intersection of Trade and Tryon Streets when Charlotte was first developed. The Third Ward is adjacent to the Second Ward which was where the historic Brooklyn neighborhood, a once bustling center of the Black community, was located. Historic Brooklyn and most of the homes and businesses in the Third Ward including the Bearden homeplace were razed in the 1960’s to make way for Charlotte’s urban development. When Bearden was a boy, he visited his grandparents at their Charlotte home during the summers and those experiences made a significant impression on the artist and influenced his art.

Dedicated in 1993, most of the headstones in this section are in remembrance of the people who fought in the civil war and never returned home.