The house started as a one story cabin In the 1860s and was enlarged with a two story addition in 1875. The origional cabin area is Sumner's oldest structure. From the 1870s to 1926 the house was home to the Ryan family In 1926, The heirs of George Ryan, Sumner's first mayor, entrusted the house to the City to be used for public purposes. For years it was Sumner's Library. The house is now home to the Sumner Historical Society while the grounds are part of the City of Sumner's park system. The historic Ryan House is a beautiful example of 19th-century architecture. It is a frame house built of local cedar and represents the simplified rural version of the classical revival style. The expansive veranda is typical of late 19th century millwork. The parlor, dining room and kitchen have been restored to their 1890s look. The house is on the National Register of Historic Places. 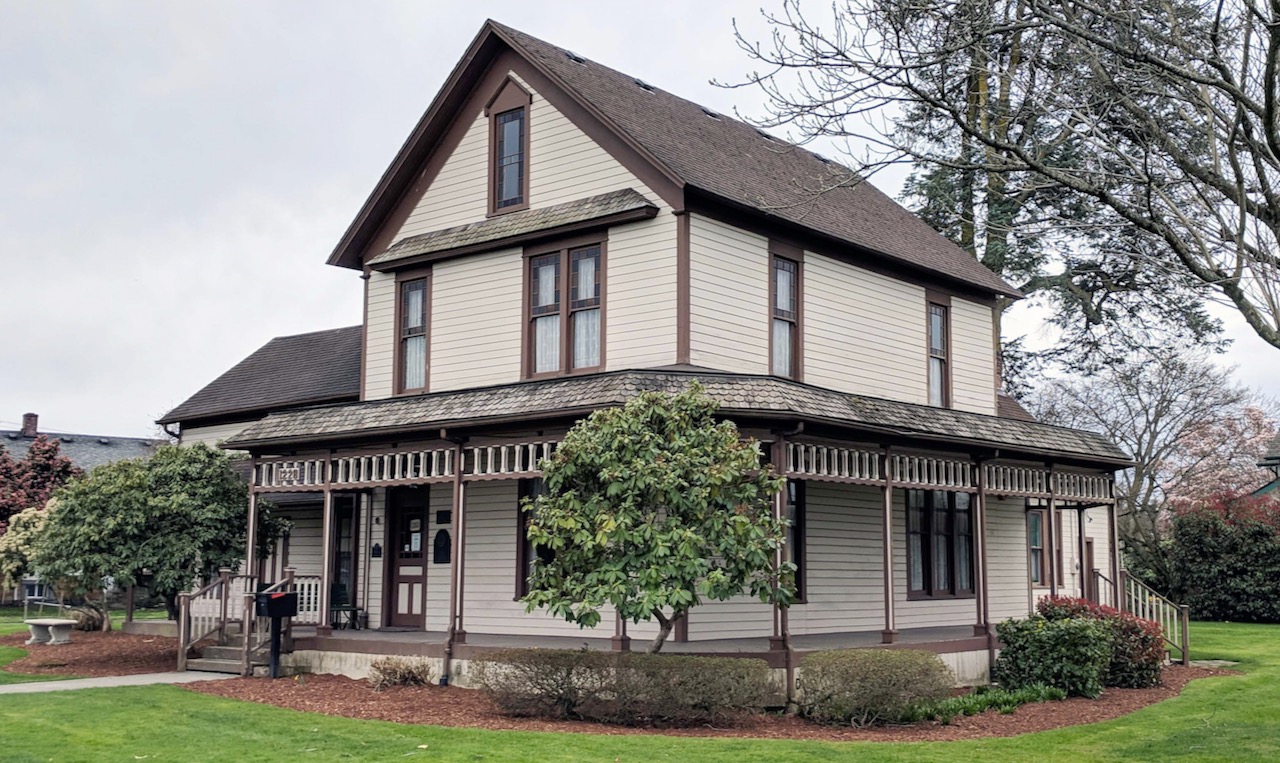 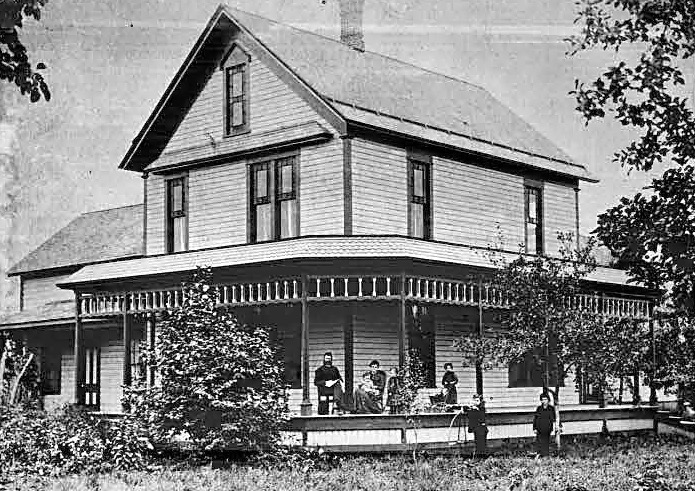 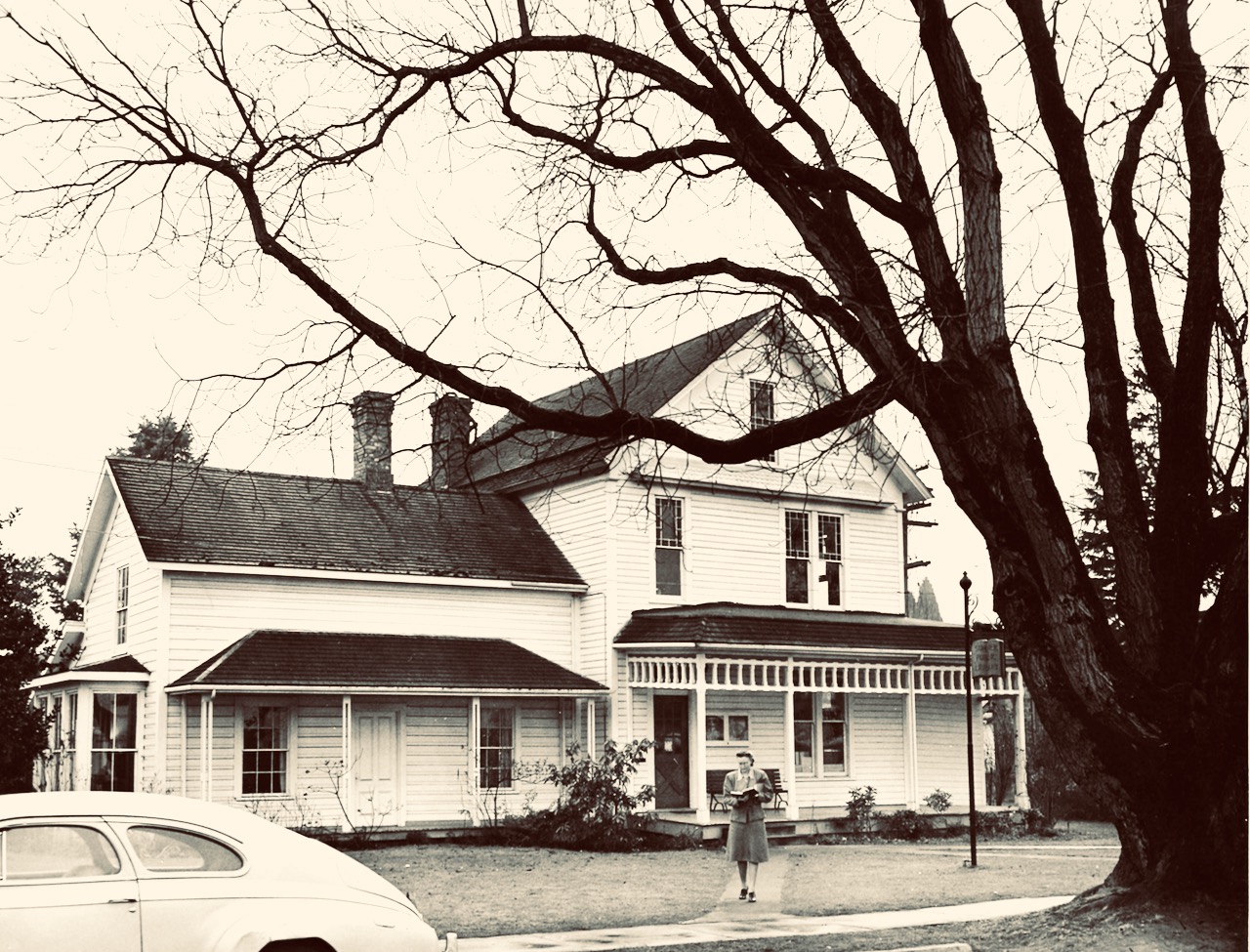 In the early 1870s George Ryan moved to Washington State from Baraboo, Wisconsin. In 1872, while he was working as a bookkeeper for the Pope & Talbot sawmill in Port Gamble, he visited the Puyallup-Sumner Valley looking for business opportunities.

Ezra Meeker introduced him to Laura Kincaid Seamen who had a cabin and 40 acres for sale in Sumner. George bought the property and in 1875 enlarged the cabin, adding a bow window and a second story.

That same year George’s fiancee, Lucy V. Wood came out from Wisconsin and the couple were married in San Francisco. They raised five children in the Ryan house, Henry, Lewis, Edith, Charles and Warren. The growing family required that the house be expanded, in 1885 they added the main two story section with wood from the Ryan Sawmill located at the north end of Parker Road.

In the early 1900’s a hop shed was pushed against the back of the house to became the kitchen.

The Ryan’s were mill owners, shop keepers, and farmers, they grew hops, fruits and vegetables.  Lucy was the town’s Post mistress.

In 1883, John & Nancy Kincaid with George & Lucy Ryan drew up the plat of Sumner on the Ryan House dining room table.

George built a railroad station in 1884 to insure that the railroad would make Sumner one of the stops on it’s route.

Sumner still counts a number of Ryan descendants among it’s citizens. Mary Beth Ryan is a Director Emeritus Board Member of the Sumner Historical Society.