The first thing that one needs to know about Cherry Avenue is that it was first named Narrow Street. Buildings can be found in the archives with both addresses. 908 Cherry Avenue was built in 1921 as 908 Narrow Street. An addition was added in 1965. The building grew over the years by absorbing adjoining buildings and addresses. The 908 you see today actually includes, 904, 906, and 910. A walk along the store front shows you what portions of the building were once those addresses. 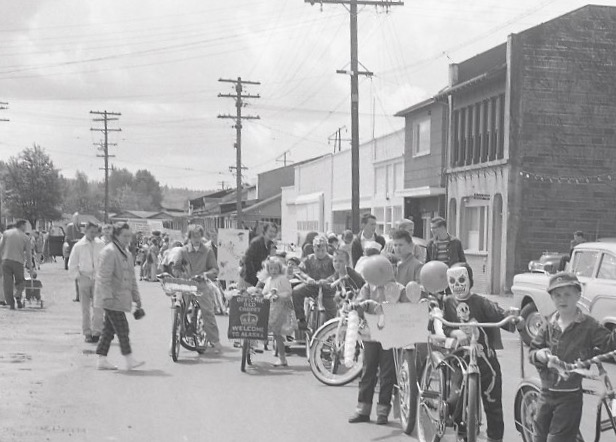 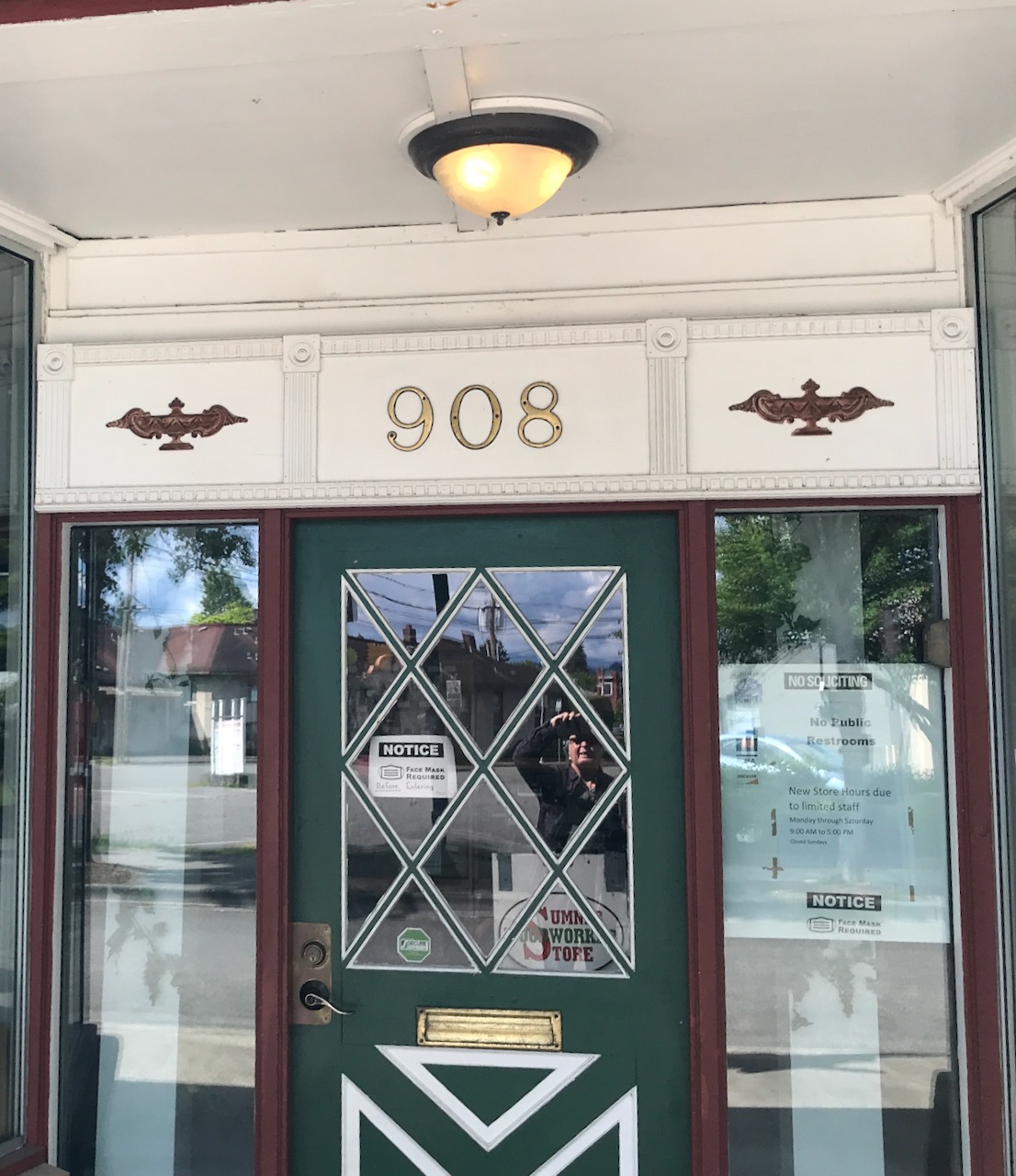 Usually when a building was constructed in downtown Sumner there would be newspaper articles with all the details. A review of the 1921 and 1922 issues of the Sumner News Index reveled only an advertisement for the first occupant of 908 Narrow Street. The ad, from a June newspaper wa s for Blurock Market owned by George Blurock. "Now open for business, a full line of the best quality of meats and poultry". Blurock previously had a meat market on Narrow Street that he opened in 1920.

Later in the year Blurock sold to a man named Skelton and for a time the market was advertised as Skelton's Market.

In 1925 The Peoples Market moved from Narrow Street.

A Nash Auto Dealer & Service Center opened at Cherry and Maple in 1941, owners were the Wood Brothers.

Sometime in the 1960-70s, the Home Elegant Gift Shop was in the building. (city directory)

In addition to those we have already mentioned there were other known uses. a clothing factory, metal fabrication, meat processing equipment, the north end also housed a Construction Office, Barber and beauty shop, a baby clothing shop and a book store.

The building is now Sumner Woodworkers, it exists because of John and Joan Schmit.

Acquiring wood, and supplies required numerous trips to Seattle from his home on Lake Tapps. Durning one of these trips, Joan had an idea, open a store for woodworkers in a building they were renovating in Sumner.

The result is the Sumner Woodworker Store, established in 1996. When you visit the store, you will find that the Schmits are friends of history. In the store and on the outside they tell the story of the building and of Sumner and the valley.

There are are displays of pieces created by customers and staff, You can have a cup of coffee and a cookie, and enjoy the craft of woodworking and the world of woodcarving. If you are not interested in woodcarving or woodworking, there is comfortable seating while you wait for your artist and or craftsman to finish making their selections.