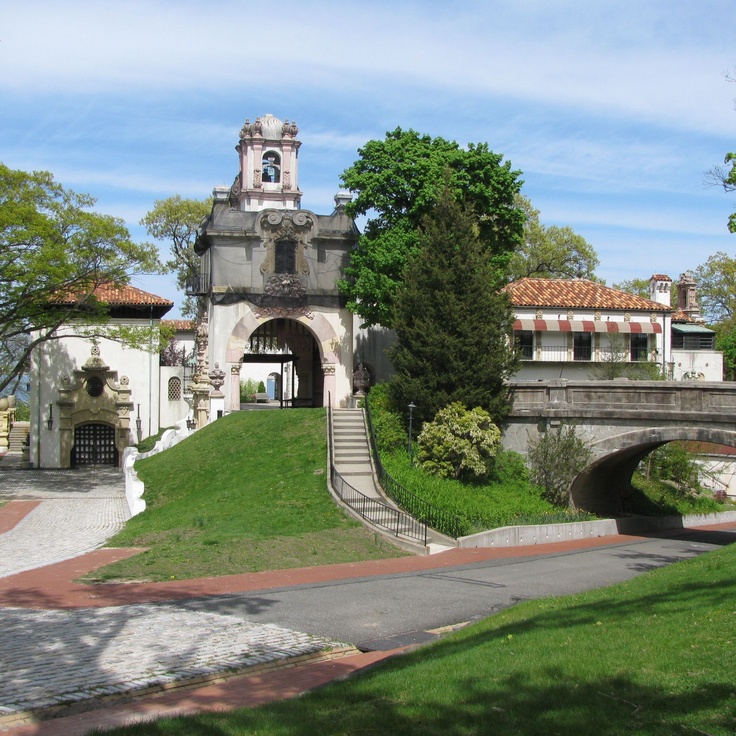 The Suffolk County Vanderbilt Museum is dedicated to multiple disciplines, and providing education for the public on these disciplines. This is realized through the multiple locations that serve as the Suffolk County Vanderbilt Museum. These locations include: a mansion, marine and natural history museum, planetarium and park. Furthermore, the museum strives to serve the greater public, not only the surrounding community. 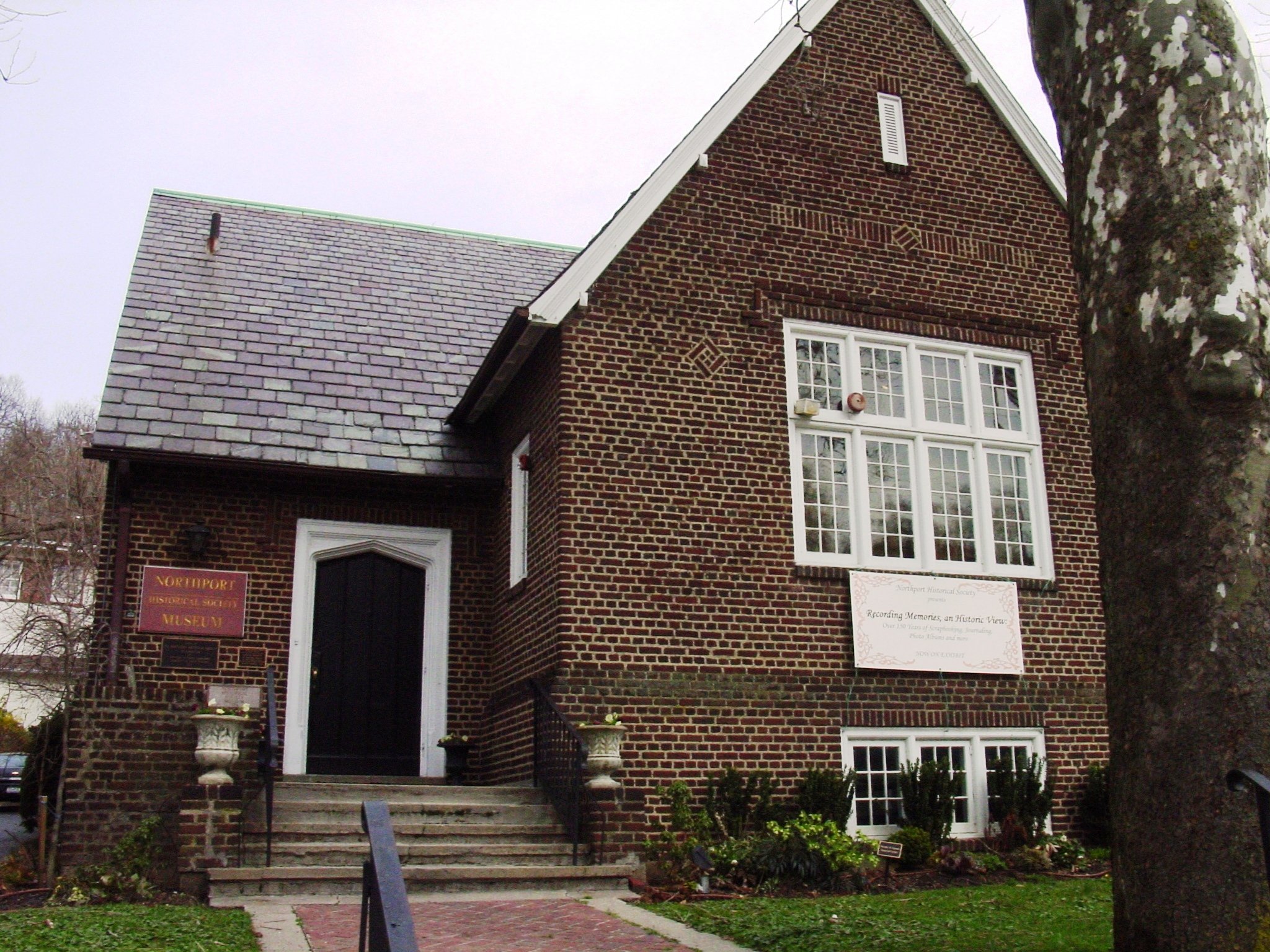 Now home to the Northport Historical Society, this building served as the community library from the time of its completion in 1914 until 1966. The historical society was established in 1962 and worked to preserve buildings, artifacts, and collections of papers and other records. The historical society operates a small museum in this building in addition to a library that is full of materials for researchers and genealogists. 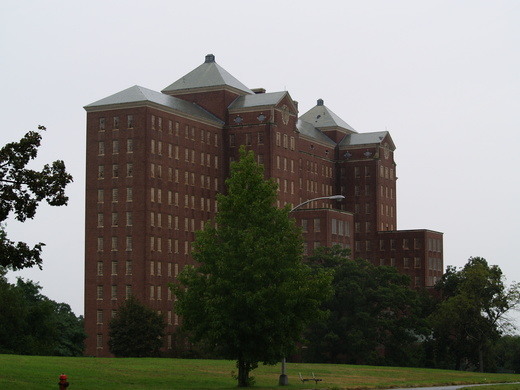 The Kings Park Psychiatric Center first opened in 1885 and began with a total of fifty-five patients. This psychiatric center was state owned by New York. After ten years the name of the institution changed to Kings Park State Hospital. The hospital was built on 800 acres of land it became a self-proclaimed farming operation. At one time the population inside the hospital was greater than the population of the nearby town. The population eventually grew to 9,300 patients in 1954.

The historic home of Caleb Smith (1724-1800) was built in 1753 by Caleb and his father, Daniel Smith II. Caleb was a 1744 graduate of Yale who became a Suffolk County Judge and member of the New York General Assembly. Smith family ownership of the mansion ended in 1888; the Brooklyn Rod and Gun Club purchased the building and converted it into a 44-room structure for their clubhouse. Since 1963, the house and property has been owned by New York State, who opened the grounds as a public park in 1974. The Caleb Smith House now houses a nature and history museum as well as park offices of the Caleb Smith State Park Preserve. Hiking and fishing (Willow Pond is near the entrance) are popular pastimes in the 543-acre park. 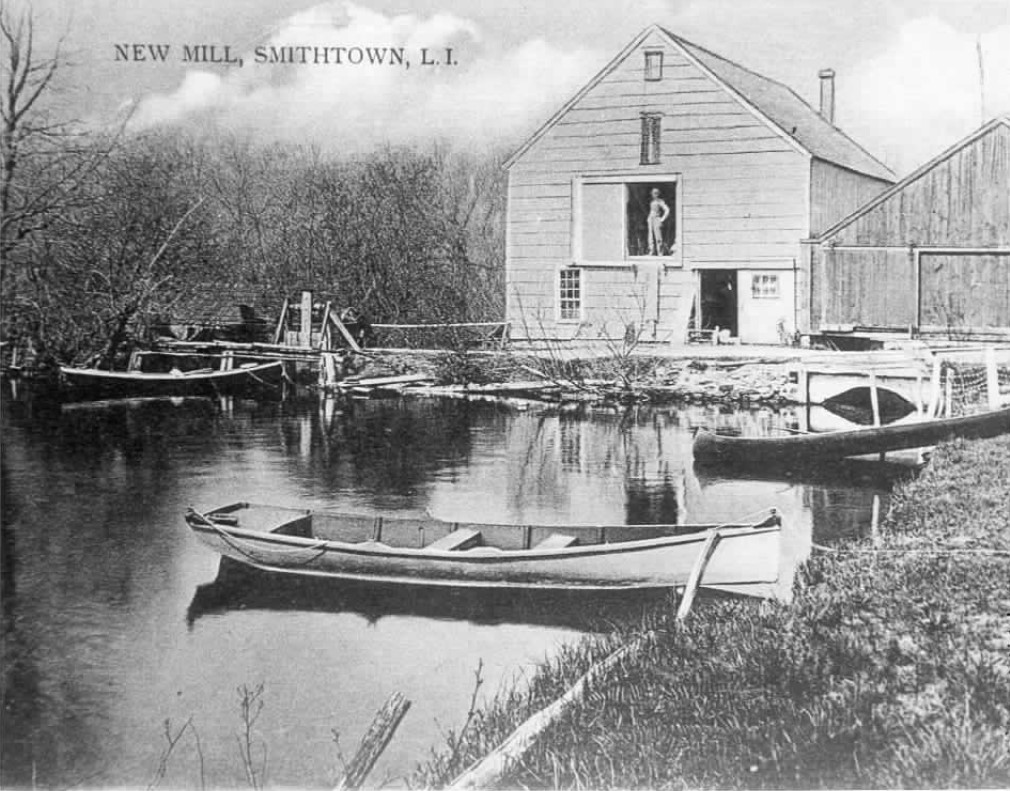 Within Blydenburgh Park, a Suffolk County-operated park since 1965, is an historic district with a mill, miller's house, farmhouses and farm outbuildings. "New Mill" is pretty old, and dates to 1798. The miller's house was built in 1802. The Isaac Blydenburgh Farmhouse dates to about 1820, while the Farm Cottage was constructed in 1860 or so. The entrance to the historic trust area of the park is at the south end of New Mill Road. The Blydenburgh family operated the mills until the 1920s. The LI Greenbelt Trail Conference conducts guided tours of the historic district on Saturdays at 1pm. Blydenburgh Park contains Long Island's second largest lake; you can take a five-mile long hike around the lake. The park is open year-round for Suffolk County residents and their guests.

The First Presbyterian Church, on the corner of E. Main Street and N. Country Road (Rt. 25A) in Smithtown, was constructed in the mid-1820s. The children of Richard Smith, the founder of Smithtown, donated the land for the church, and an earlier church building was moved here around 1750; the earlier church had been fired upon by the British during the Revolutionary War, while Reverend Joshua Hart was preaching. In April 1823, the parish hired George Curtiss to build a new "House of Worship of Amighty God." The new Presbyterian Meeting House was officially dedicated on September 9th 1827. The First Presbyterian Church building has been listed on the National Register of Historic Places since 1977. The church is still open as part of a Presbyterian parish. 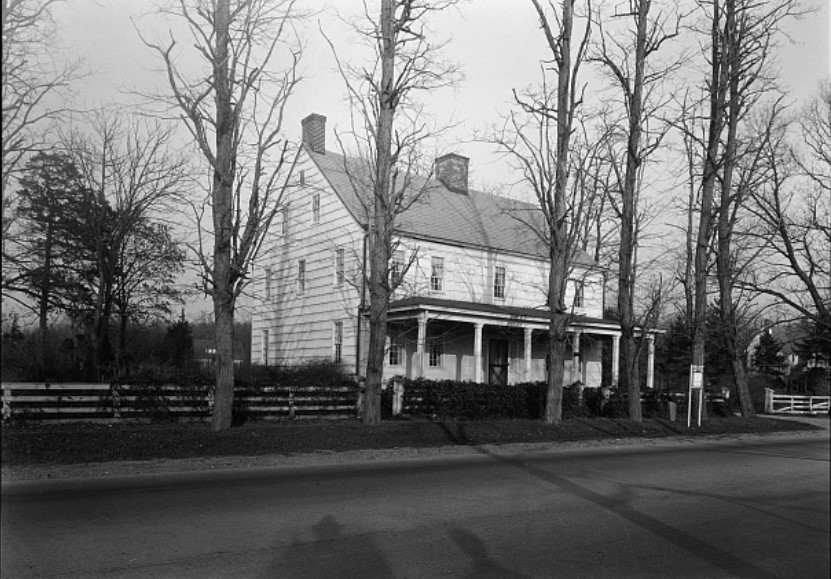 Halliock (or Hallock) Inn is located at 263 Main Street in Smithtown and dates to the eighteenth century. The building began around 1725 as three bays wide (part of the 2-1/2 story main section that faces the main road, also known as Middle Country Road). The western two front bays were added later. A 1-1/2 story wing was added to the rear, forming an L-shaped building. The architect of the building - also known as the Thomas Hallock Tavern - is not known. The building was an inn and tavern for many years, and later a library. Walt Whitman used to eat here at times in the 1830s while teaching in Smithtown. The building has been converted into medical offices by a doctor who bought the house several decades ago. Halliock Inn was listed in the National Register of Historic Places in 1974. 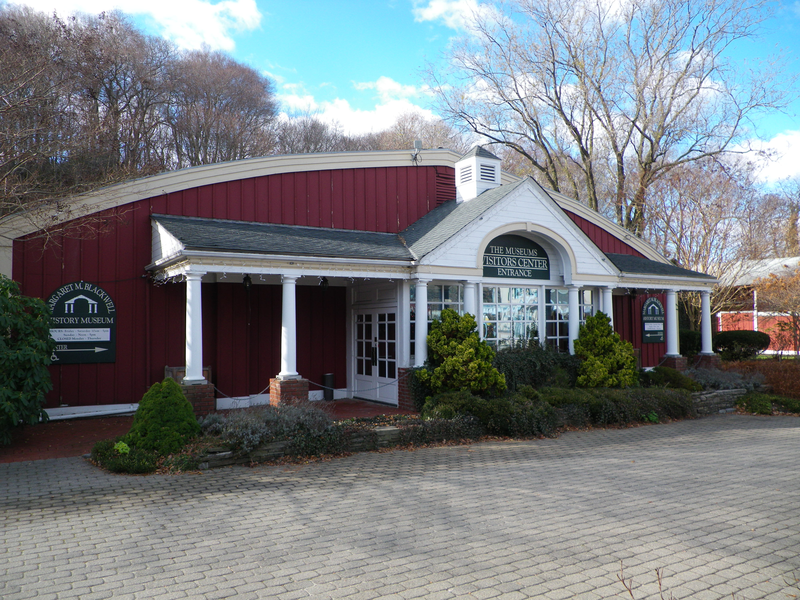 The mission of the Long Island Museum is "...dedicated to inspiring people of all ages with an understanding and enjoyment of American art, history and carriages as expressed through the heritage of Long Island and its diverse communities." The museum offers the public a chance to participate in a number of programs and learn from a variety of changing exhibitions. The Long Island Museum also includes The Carriage Museum as an extension of its own mission.

This is the grave site of Abraham Woodhull, America's first spy. George Washington came to Major Benjamin Tallmadge in November of 1778, asking him to create a ring of spies who would keep track of British movements. Major Talleyrand contacted his friends from Long Island to help with this task. He first contacted Abraham Woodhull making him the first American spy.

The Mather House was built in the 1840s or 1850s as the home of a shipbuilder named John R. Mather. The restored house has become part of a museum complex operated by the Historical Society of Greater Port Jefferson. The Mather House contains displays of shipbuilding tools and household antiques. The Country Store houses displays of vintage local items salvaged from a local store, barber shop (including the shaving mug of John T. Mather, the son of John R.), and butcher shop. Historic photos of the building of the sailing ship "Martha Wallace" in Port Jefferson are diplayed in the Marine Barn, with sails and sailmaking exhibits in the Sail Loft. The museum complex is open from late May to mid-October.

Drive to museums and surviving structures from Long Island's historical past, including churches, inns, homes, and mills.