Item 3 of 7
This is a contributing entry for History Beneath Your Feet and only appears as part of that tour.Learn More. 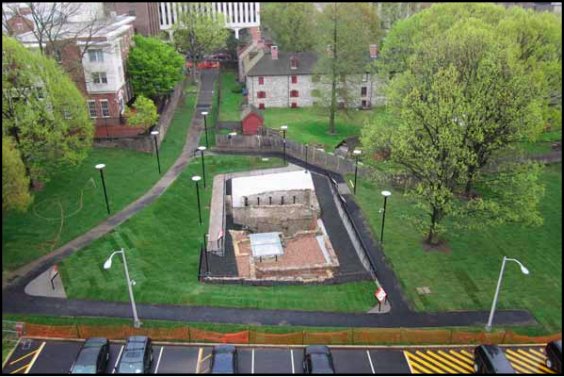 The Petty’s Run Archaeological Site lies within the State House Historic District, which is listed in the New Jersey and National Registers of Historic Places. This designation, originally bestowed in 1975-76, and the related regulations of the New Jersey State Register of Historic Places Act (Chapter 268, Laws of 1970) have been the main impetus for historical and archaeological inquiry at the site. As a direct result of compliance with this legislation and, to a lesser extent, the requirements of New Jersey Executive Order 215, a series of archaeological surveys and excavations has been conducted by Hunter Research, Inc. at various times since 1985.