It is said that Adath Joseph cemetery is the oldest Jewish cemetery west of the Mississippi, with its first burial taking place in 1843. The cemetery served Temple Adath Joseph and the German Jewish population. 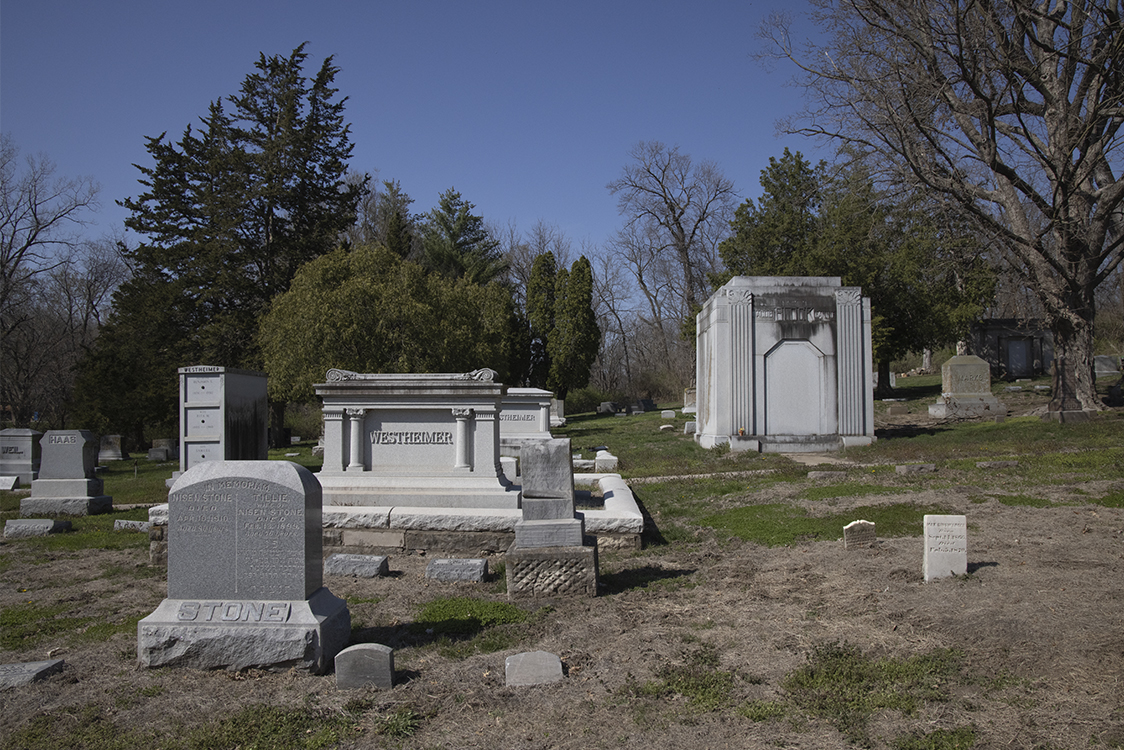 One of the early burials is that of Levi Rosenblatt who died in 1859 at the age of 31. Levi was the first leader of Rosenblatt’s Band which arrived in St. Joseph in 1854. Rosenblatt’s Band was the first brass and string band that had ever been seen in St. Joseph and were very popular for many years, often being referred to as one of the “finest musical organizations in the west.” Levi’s headstone is adorned with a Lyre, often representing heavenly music, and is undoubtedly a nod to his musical gifts.