Item 7 of 13
This is a contributing entry for CVB Downtown Historic Buildings Walking Tour and only appears as part of that tour.Learn More.

The Masonic Temple was built between 1911 and 1914. Masonic presence in the Clarksburg area dates back to 1814, when the original Virginia charter was granted. As Clarksburg became one of the most important and populous cities in western Virginia and later West Virginia, the need for a dedicated Masonic building was apparent. This seven-story Neo-Classical Revival building was designed by E.E. Pruitt of Columbus Ohio. The building was constructed by the Clarksburg Masonic Building Company, a corporation formed of organization members for the sole purpose of funding the structure. The completed building lives up to its temple title. The bottom two stories serve as a colossal base for four attached Doric columns, which stretch another three floors. The columns support a classical pediment which spans the building’s facade. The already unorthodox configuration is further exacerbated by two stories rising above the pediment — they were added in 1928. Though the building continues to serve as the location of Clarksburg’s Masonic Lodge, it also contains space for commercial offices.

Drawing of the Masonic Temple ca. 1911-1928. The top two floors had not yet been added, indicating what the building looked like before this change. 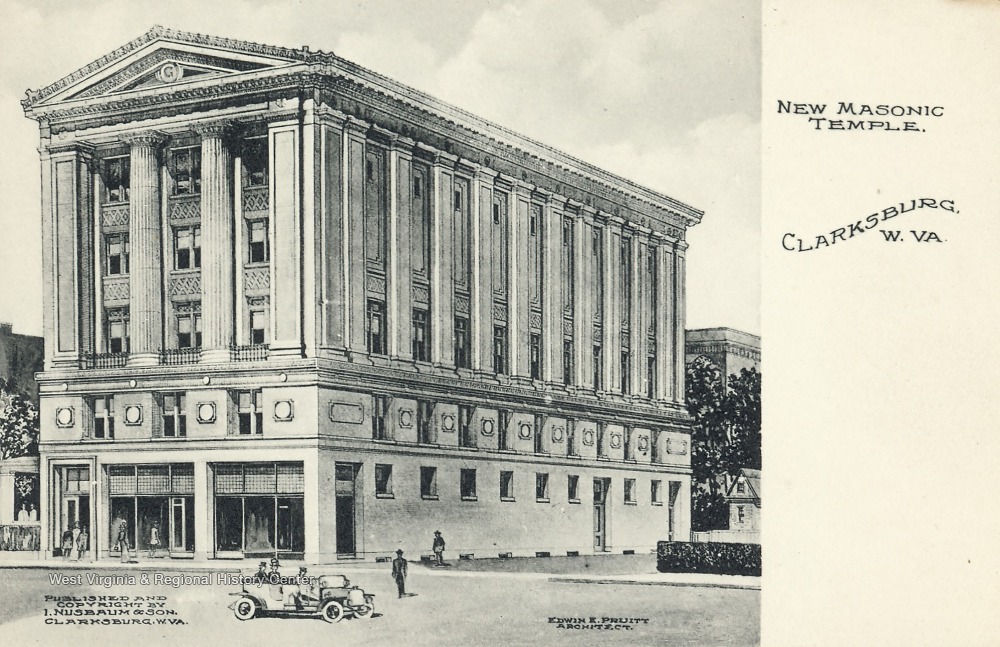 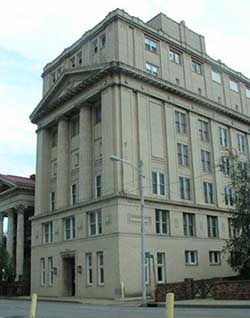 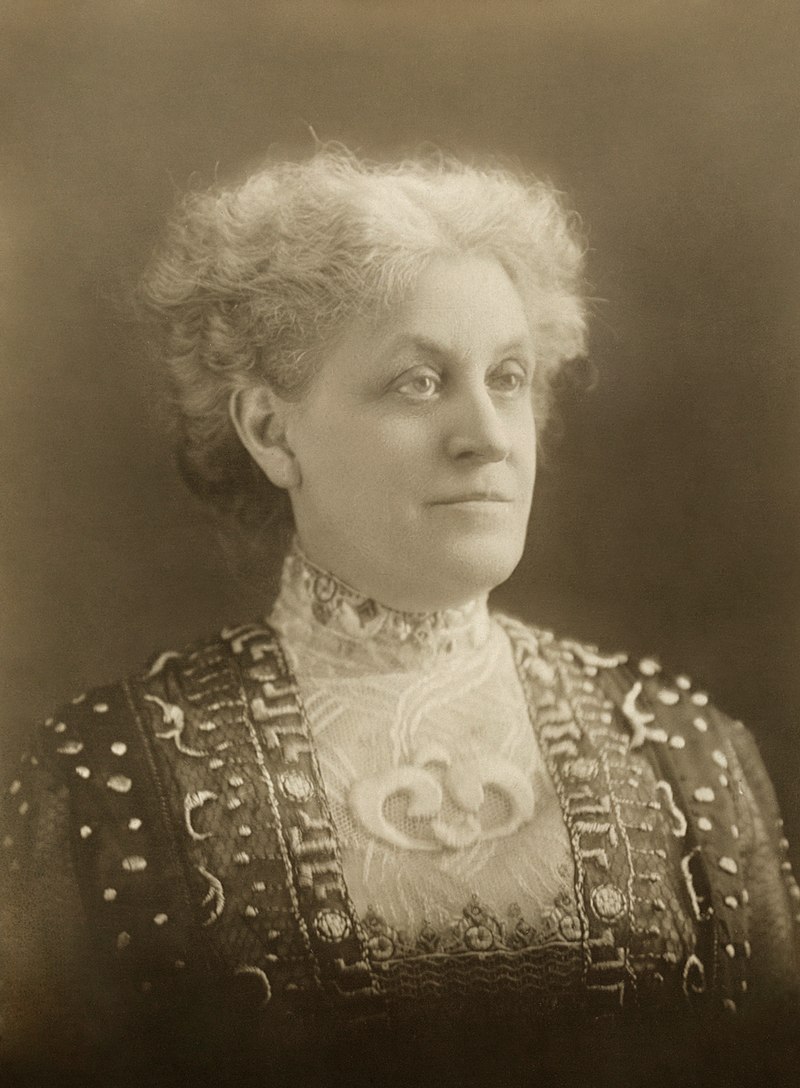 On August 3, 1916 Carrie Chapman Catt, president of the National American Woman Suffrage Association, delivered an address on equal suffrage at the Masonic Temple in Clarksburg. This speech came directly after Catt had addressed the WV Democratic State Convention at Parkersburg, WV in support of women's suffrage. At the time of Catt's visit, the issue of women’s suffrage was a central issue because of the upcoming public referendum on the topic in November 1916. After several attempts, the West Virginia House and Senate had voted in 1915 to send a women’s suffrage amendment to the state constitution through to a public vote. As a result, suffrage leaders were very active in 1916 campaigning for support at the polls.

This digital map includes sites in West Virginia related to the history of the Women's Suffrage Movement.