The Old State House was the first permanent capitol building in Dover. It was built from 1787 to 1791 in a two-story Georgian style. It was initially home to both state and county governments. The building was the home of the state capitol until 1933. It was added to the National Register of Historic Places in 1971.

The Old State House was the first permanent home to the state government of Delaware. The building was added to the National Register of Historic Places in 1971. 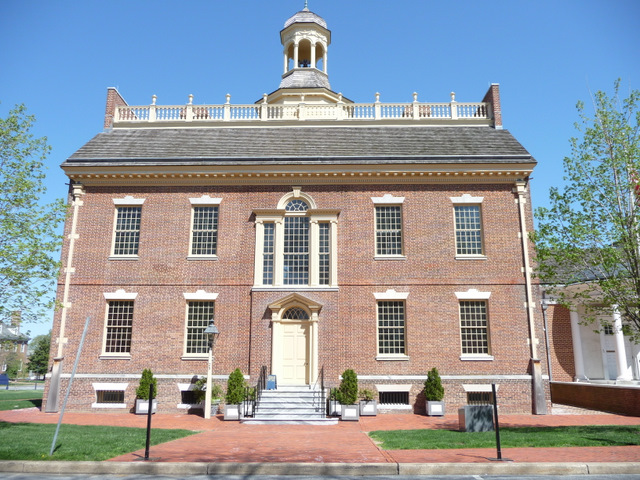 The first floor has an 18th century-style courtroom. The second floor was the chambers of the state legislature. Through the years the building received a number of updates, additions and renovations to accommodate the state government’s growing needs. Once the General Assembly moved to present home in Legislative Hall, the building was restored to its original 18th Century appearance.

The most recent upgrades to The Old State House came from 2005-07. It received a new floor, paint, HVAC system and upgrades to the electrical and plumbing systems among other things. Guests will want to take note of architectural details such as the dual stairways and the gilt sunflower ceiling sham.

The building now serves as a museum that is open every day for tours. There are also lectures and special events throughout the year.

See the colonial style architecture and learn about the history of Dover's Capitol on this incredible walking tour that will take you to several of the museums in the area!