Outside view from H Street. 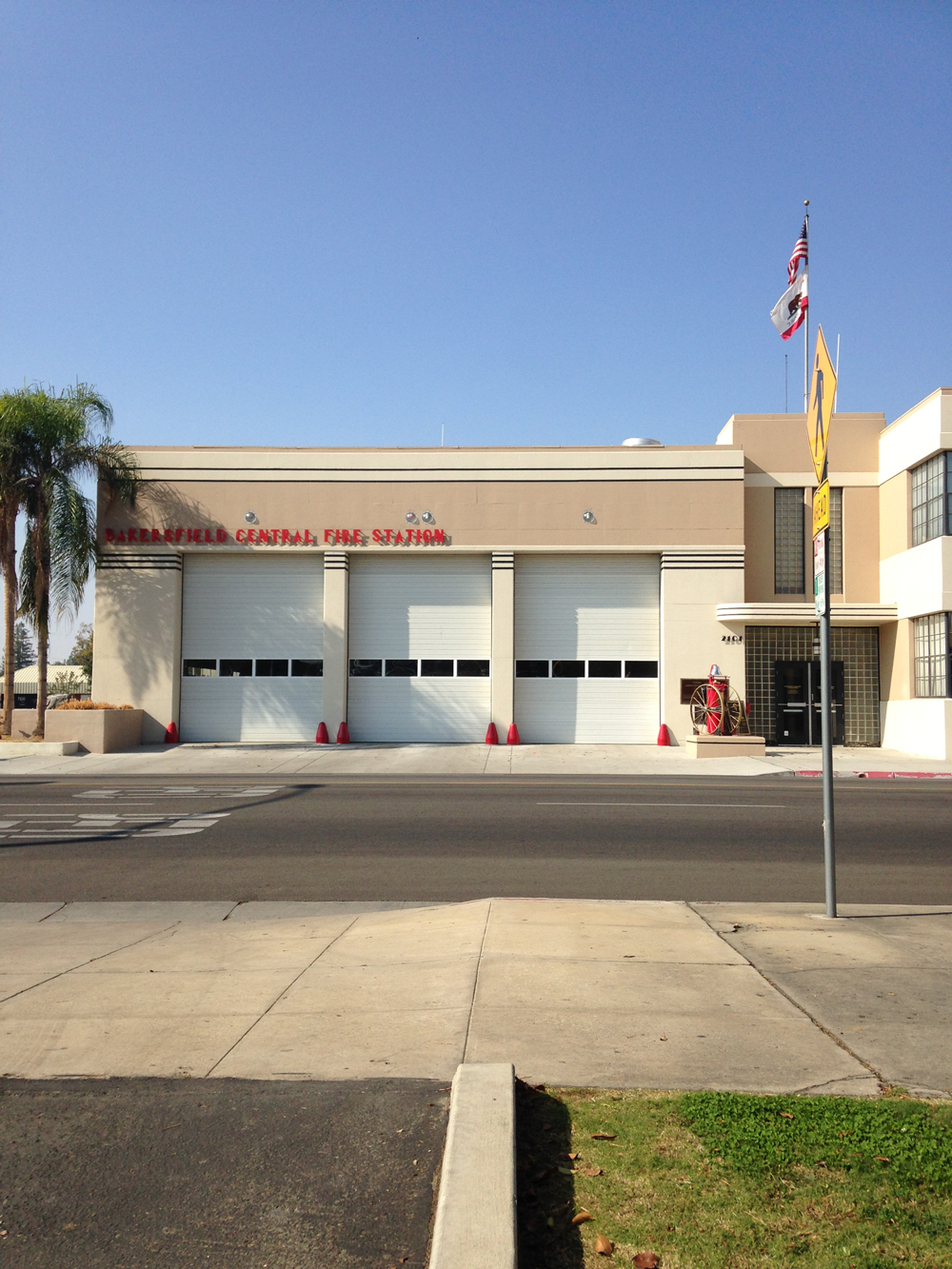 Front Doors of the Station. 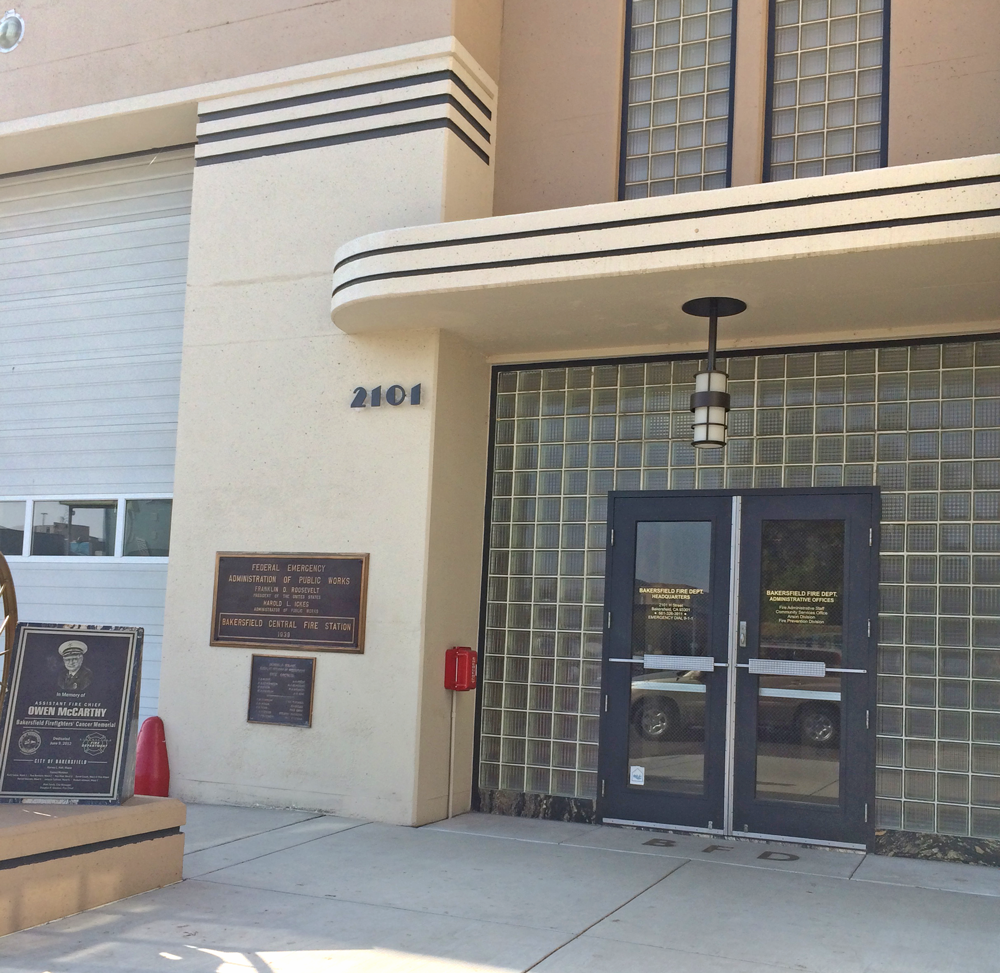 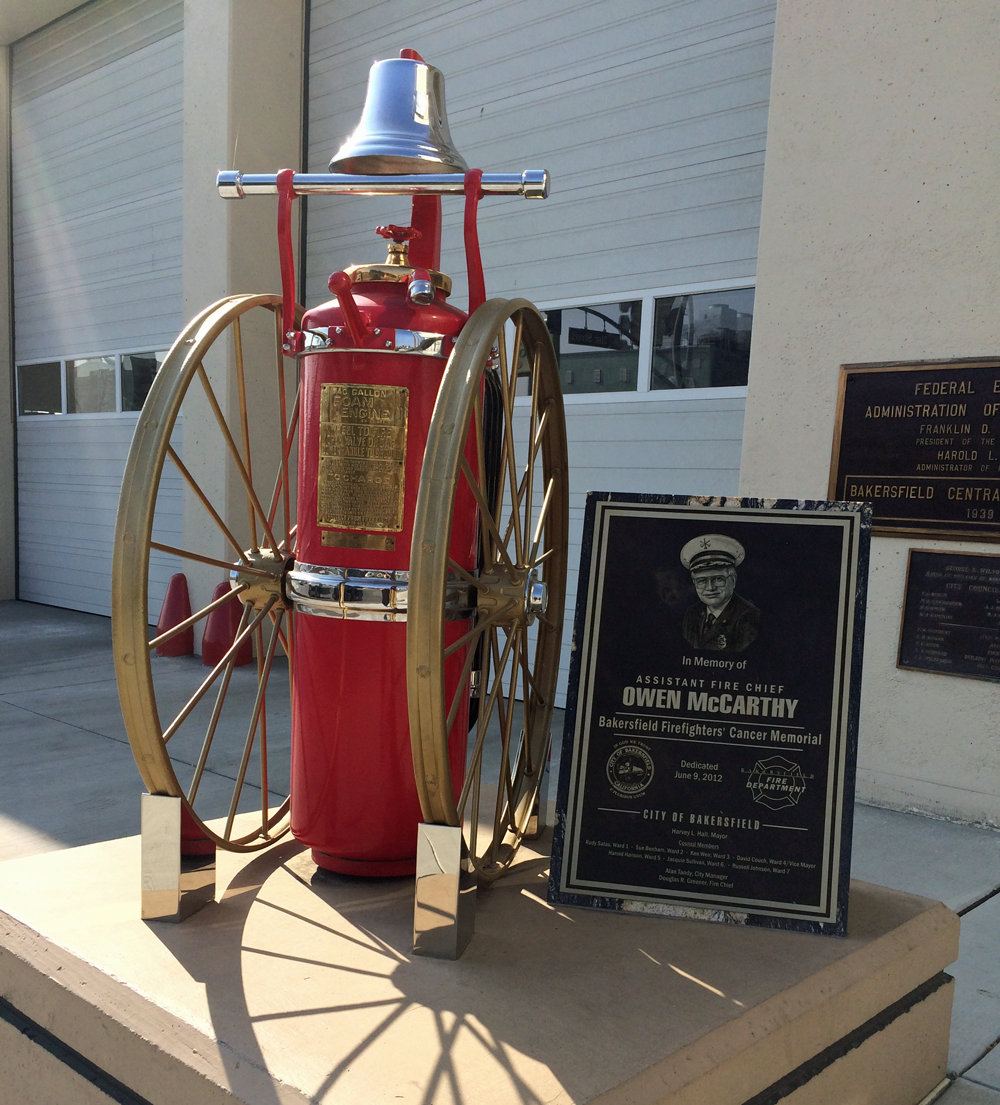 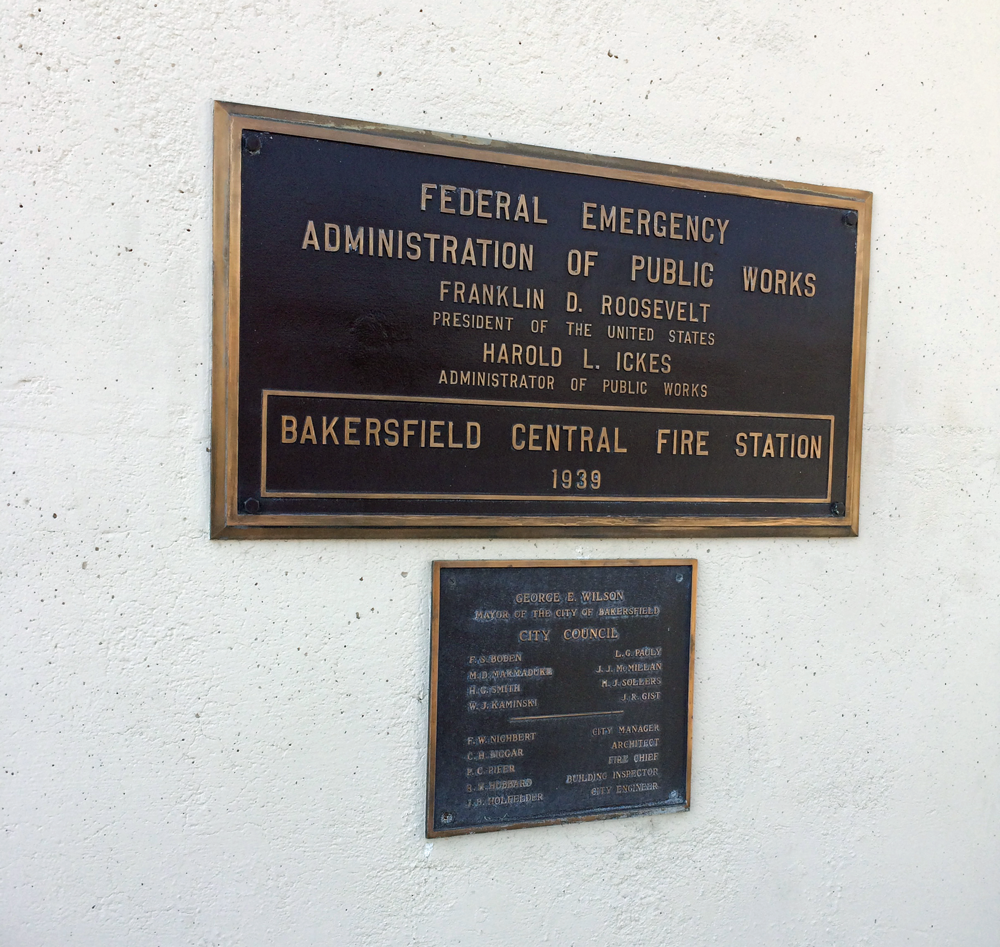 Plaque of establishment "Serving the community for more than a century." 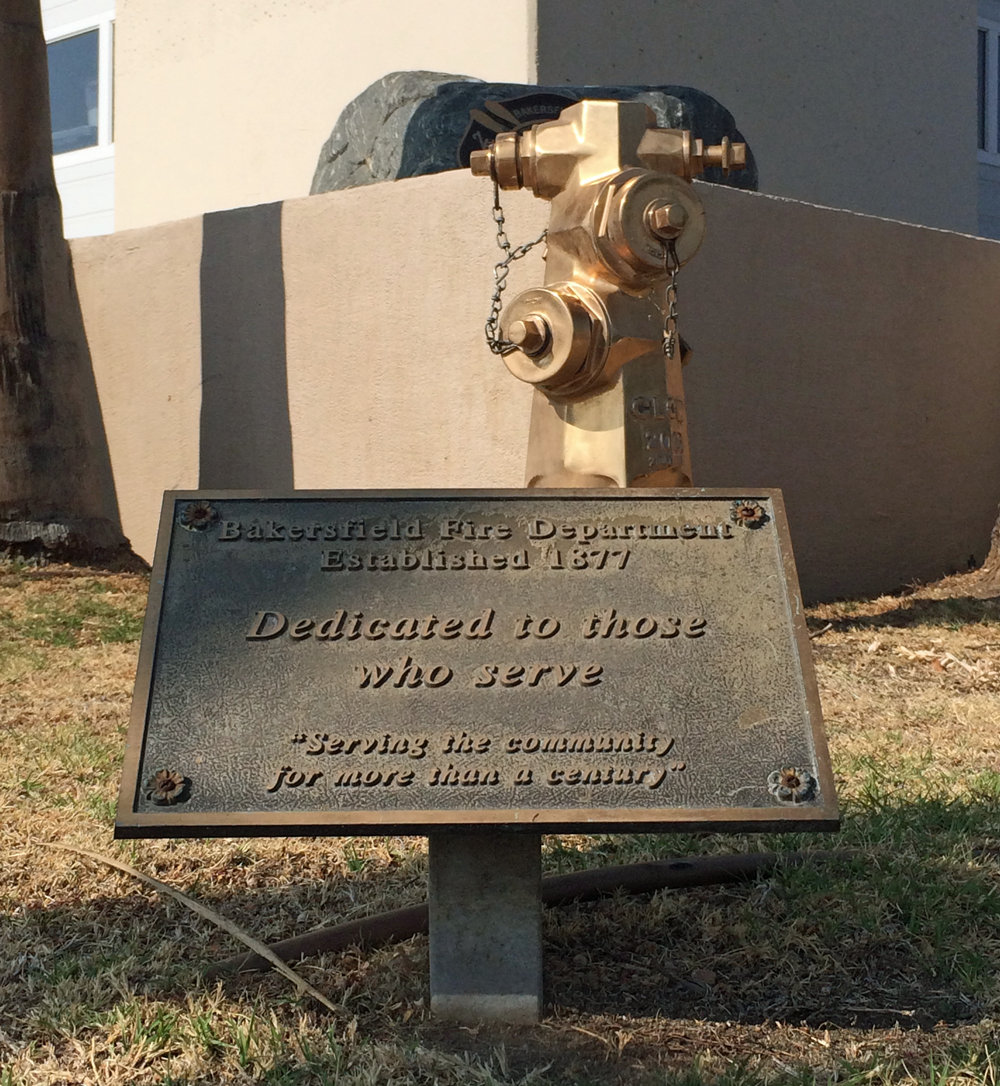 The Bakersfield Fire Department can trace its origins to the year 1868. During this time Colonel Thomas Baker, the founder of Bakersfield, would keep buckets full of water in case any fires broke out. As the city grew and incidents of fire increased, Bakersfield residents began to realize that a more permanent fire protection agency was needed. In 1874 the Bakersfield Fire Company was organized with only a few firefighters, who helped raise money for the needed equipment.1

The Bakersfield Fire Department was officially established in May of 1877. The original Station #1 was located at 20th and K streets. The wooden firehouse was destroyed by a fire in 1904 and rebuilt as a two-story brick building. The aging building was replaced in 1939 by a new building, built at the corner of 21st and H streets by the Public Works Administration, at a cost of $120,000.2 The fire station was built on property that was once occupied by Bryant School, which had burned down in 1913.3 The architect for the project was Charles Howatt Biggar, who was well-known for designing many important structures in Kern County, including the Bakersfield Californian building and the Haberfelde building in Bakersfield.4