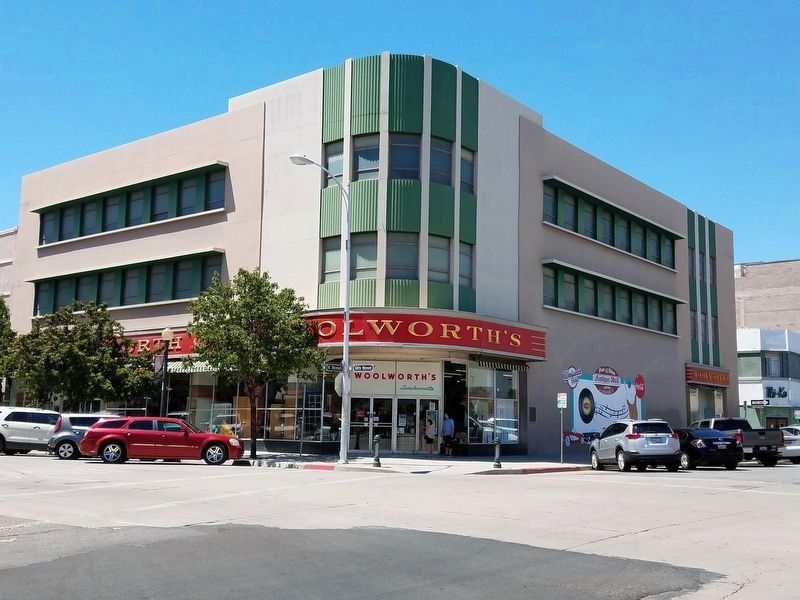 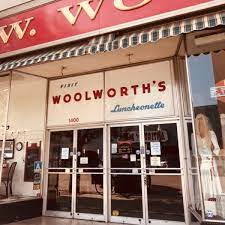 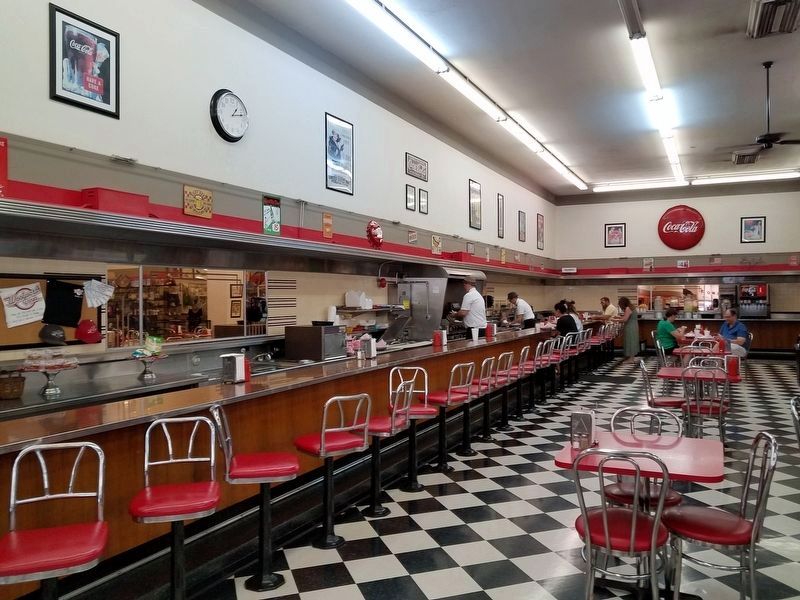 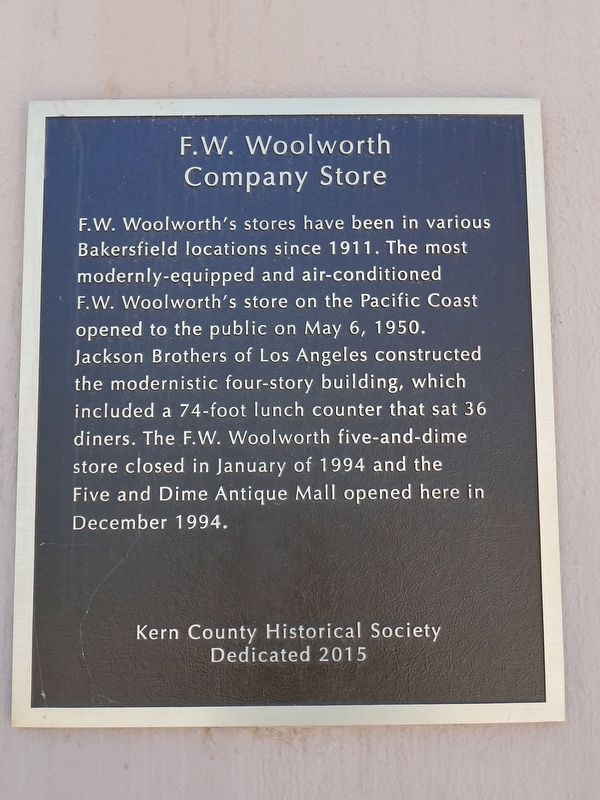 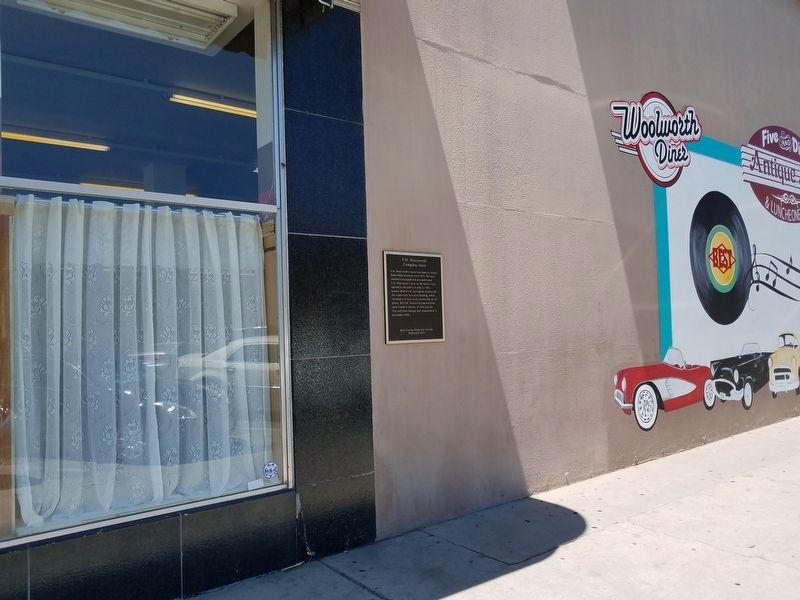 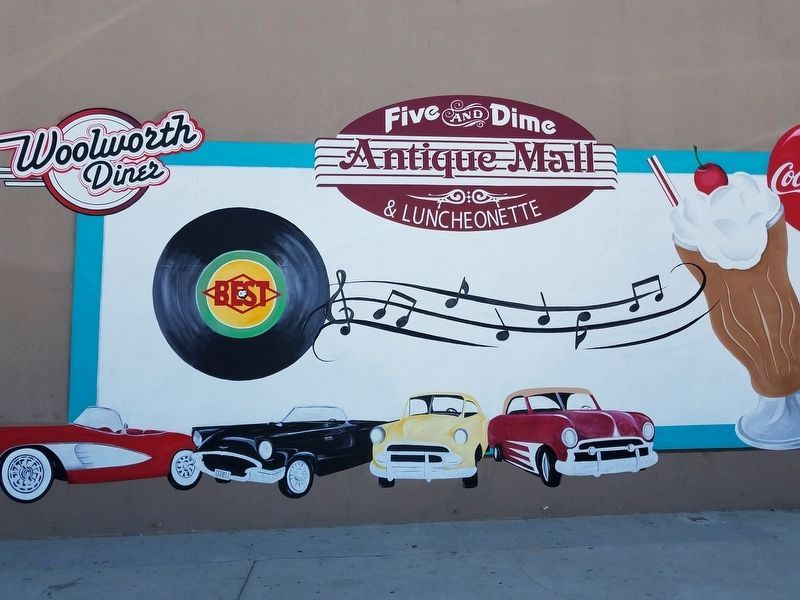 Frank W. Woolworth opened his first retail store in the U.S. in 1889 in Utica, NY. After the store failed, he tried again in Lancaster, PA. By 1912, the F.W. Woolworth Company incorporated, and the Woolworth's chain of retail stores took off across America. An early forerunner of today's big box retail stores, Woolworth's gained success after the company pioneered a business model where it offered general items for sale at either 5 or 10 cents. Subsequently, Woolworth's stores became known among the public as "five-and-dime" stores or "five-and-tens." Woolworth's pricing model was based on earlier 5-cent discount stores in America, where customers could purchase mass-produced, general household items for only a nickel. Eventually, the F.W. Woolworth Company's five and ten cent price limit was phased out, due to inflation. By 1935, the company was offering an array of merchandise at various prices.

In the 1960s, the F.W. Woolworth Company became known for the Civil Rights era "sit-ins" that began at a Woolworth's lunch counter in Greensboro, North Carolina. On February 1, 1960, four African American young men who were students at a nearby college intentionally sat at the "Whites Only" section of the segregated lunch counter at the Woolworth's in Greensboro. They order coffee, but were refused service. Over the next several days, they were joined in a peaceful protest by hundreds of other students. This led to further boycotts of the Woolworth's in Greensboro, followed by similar protests at segregated establishments throughout the southern U.S. As a result, the sit-ins became a hallmark of the 1960s Civil Rights Movement. However, it was not until 1965, following a substantial loss of profits due to ongoing boycotts, that the F.W. Woolworth Company finally agreed to desegregate its lunch counters nationwide.

During the next several decades, Woolworth's faced growing competition from the emergence of other retail store chains, such as Wal-Mart, K-Mart, and Target. By 1997, this competition from other retailers, as well as the advent of online shopping, led the F.W. Woolworth Company to close its doors on its retail stores across the country. Woolworth's stores had been a staple in numerous communities throughout the U.S., and many people viewed their closing as the end of an era. In certain locations, Woolworth lunch counters were preserved, or later restored, following the closing of the retail stores. In addition, the exterior facades of some historic Woolworth storefronts have been retained in various locations across the U.S.

In Bakersfield, the last remaining Woolworth's store closed in 1994. However, the Woolworth's lunch counter on 19th Street in Bakersfield was reopened the same year as part of the Five and Dime Antique Mall within the Historic Woolworth Building. The Five and Dime Antique Mall contains three floors of antiques and collectibles for shopping, while the luncheonette counter serves traditional diner-style food, including burgers, fries, and milkshakes, amidst 1950s-style decor and ambience. The exterior of the Historic Woolworth Building also features the classic F.W. Woolworth Company signage.