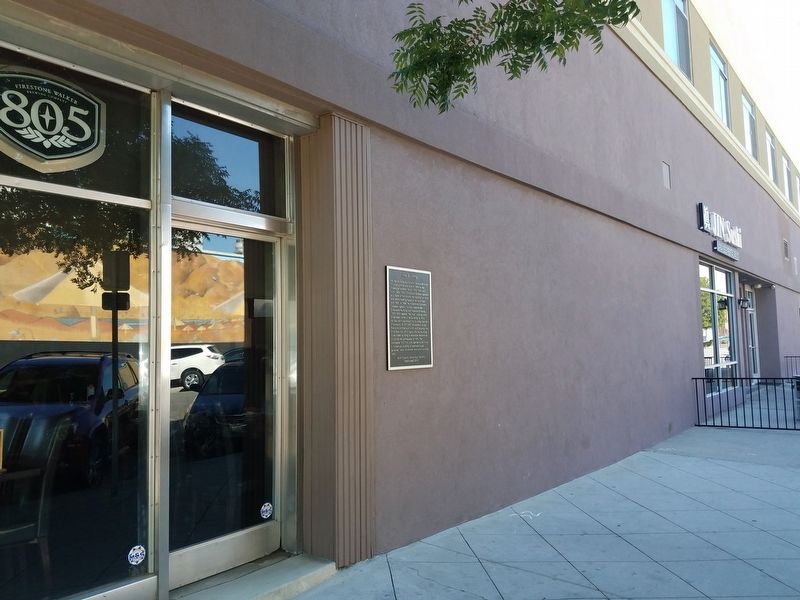 Historical Marker at the 1612 City Lofts (previously The Hay Building) 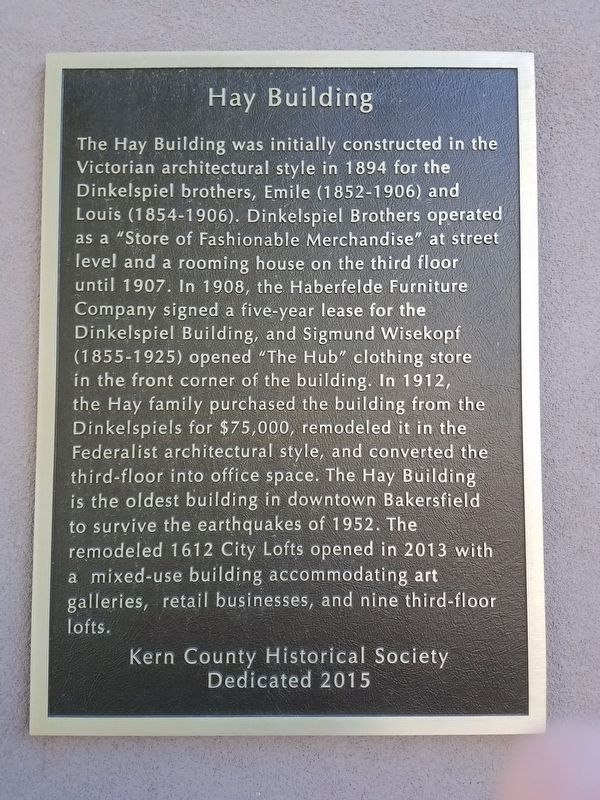 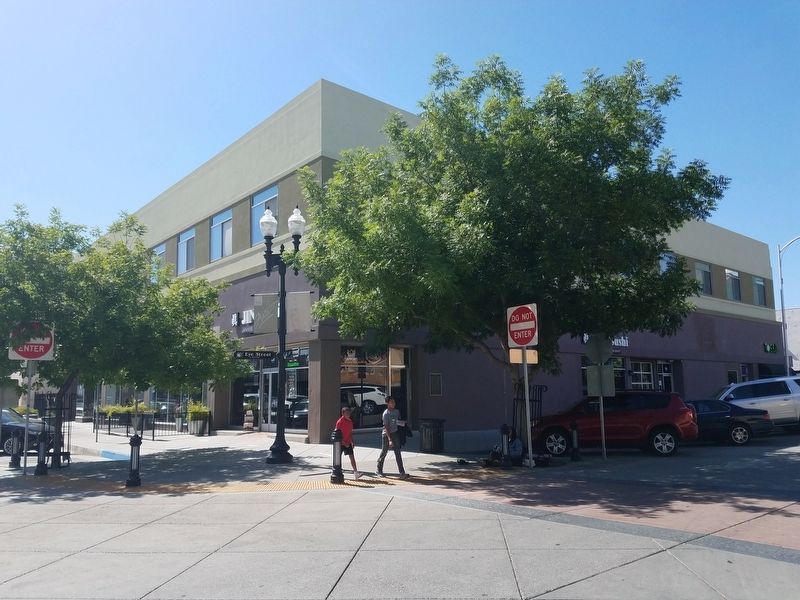 Designed and built in 1893, the Hay Building is the oldest building in downtown Bakersfield. It was commissioned in the Victorian style by the Dinkelspiel Brothers from San Francisco. Louis and Emile Dinkelspiel maintained a general merchandise store on the first and second floors. Above this was a Victorian era rooming house on the third story.

In 1896, the Haberfelde family purchased the building. They operated a furniture store on the ground level, while also maintaining the rooming house on the third floor. In 1898, the Haberfeldes sold the property to the Hay family. During the 1920s, the building was renovated in the Federalist style. Meanwhile, the third floor rooming house was converted into office space. During the following decades, some of the most prominent doctors, lawyers, and accountants in Bakersfield maintained offices on the third floor of this building. At the same time, the Hay family used the building for their real estate and insurance business.

Over the past century, numerous small businesses have also operated out of the Hay Building. These have included the West End Cigar Shop, the Hub, Wingate's Printing & Office Supply, C.D. Oldershaw & Co., and several others. The Hay Building managed to survive the 1898 great fire that destroyed much of Bakersfield, and it also survived the 1952 earthquakes that caused significant damage in the city. However, during the late 1960s and 1970s, many people moved out of downtown Bakersfield in favor of the suburbs, leaving vacant buildings and storefronts in their wake.

In 2013, the Hay Building experienced a new chapter when it was converted into the city's first mixed-use building. With people finally returning to downtown Bakersfield for the experience of city living, the Hay Building became the site of the 1612 City Lofts. As a mixed-use building, there are still storefronts and shopping on the ground level, in addition to living space on the upper floors. In 2015, a historical marker was placed on the property by the Kern County Historical Society. It is visible to the right of the entrance.