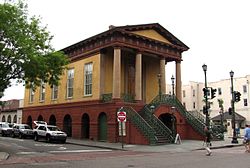 The City Market in Charleston, SC is still a vibrant hub of commerce today as it was in the past. Located between Meeting Street and Broad Street the current City Market stands in almost the exact same location as the original public market that was established in 1692. By 1739 the first official brick building of the market would be erected. 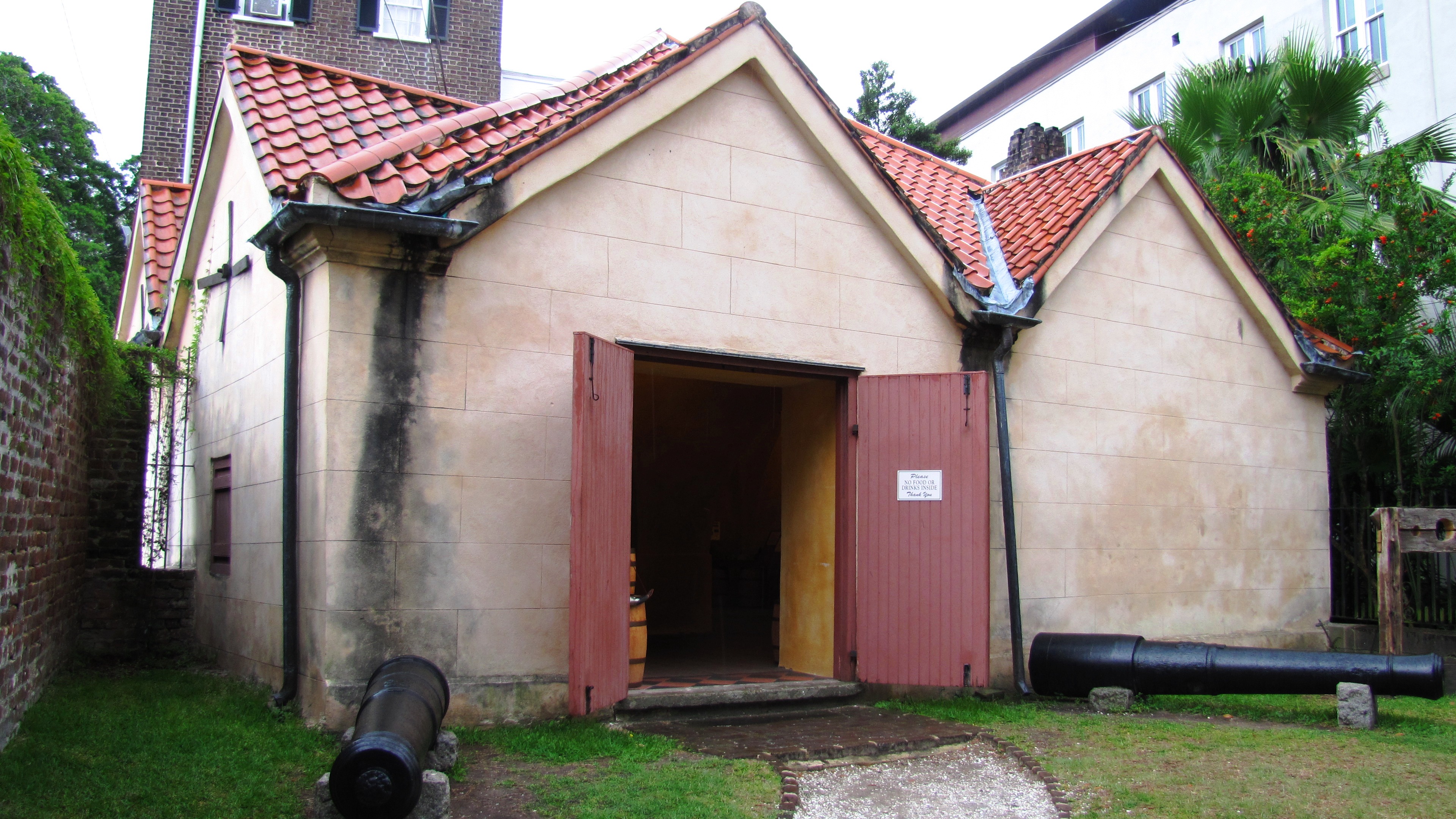 The Powder Magazine is a military based museum housed in the oldest public building in South Carolina. Originally designed to hold the gunpowder which fueled the cannons protecting 1700’s era Charleston, this important piece of South Carolina history has been preserved to nearly its original condition. Since the early 1900’s it has served as a museum, showcasing important military and wartime artifacts and exhibits from throughout South Carolina. Today the building is just as significant as the content it contains. A revolutionary development for its era, the building was purposefully designed to explode up through the roof, instead of out through the walls. 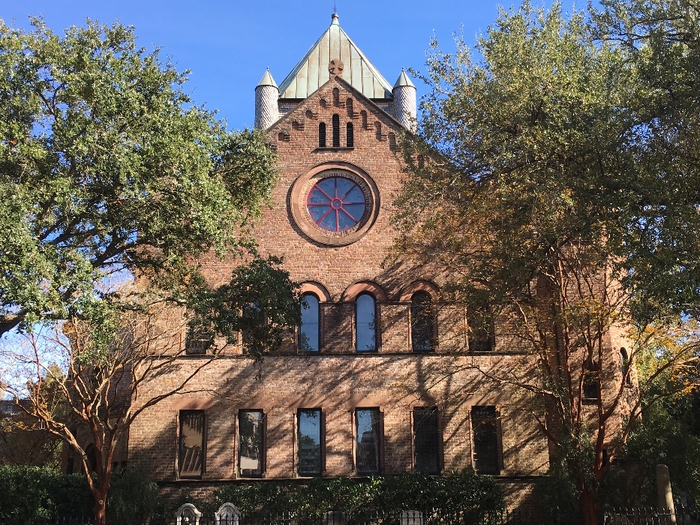 Founded in 1681, Circular Congregational Church is home to one of the oldest congregations in the the South. The building itself was erected in 1892 using bricks of the previous church that had been destroyed by fire in 1861. Despite its name, the church resembles a clover leaf attached to a rectangular structure (the earlier church was circular in shape). It is also an excellent example of Richardsonian Romanesque architecture, featuring a large central tower on the roof, arched windows, a rose window, an octagonal tower housing a winding staircase, and decorative brickwork. Behind the church is what is believed to be the oldest cemetery in the city. Also on the church grounds is the historic Lance Hall, which was designated a National Historic Landmark for its outstanding Greek Revival architecture and association with its architect, Robert Mills, who designed the Washington Monument in Washington, D.C. The congregation is progressive and inclusive. 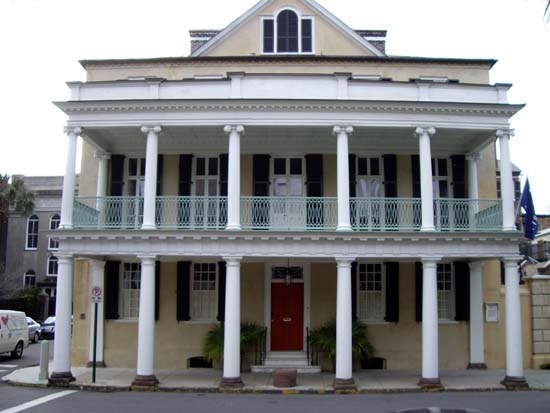 Branford-Horry House, in Charleston, South Carolina, is widely held to be one of the grandest historic homes in one of the nation's oldest cities. Built for a wealth Charleston planter and later sold to the namesake of one of the state's largest counties, it has withstood nearly 250 years and a high speed car crash. 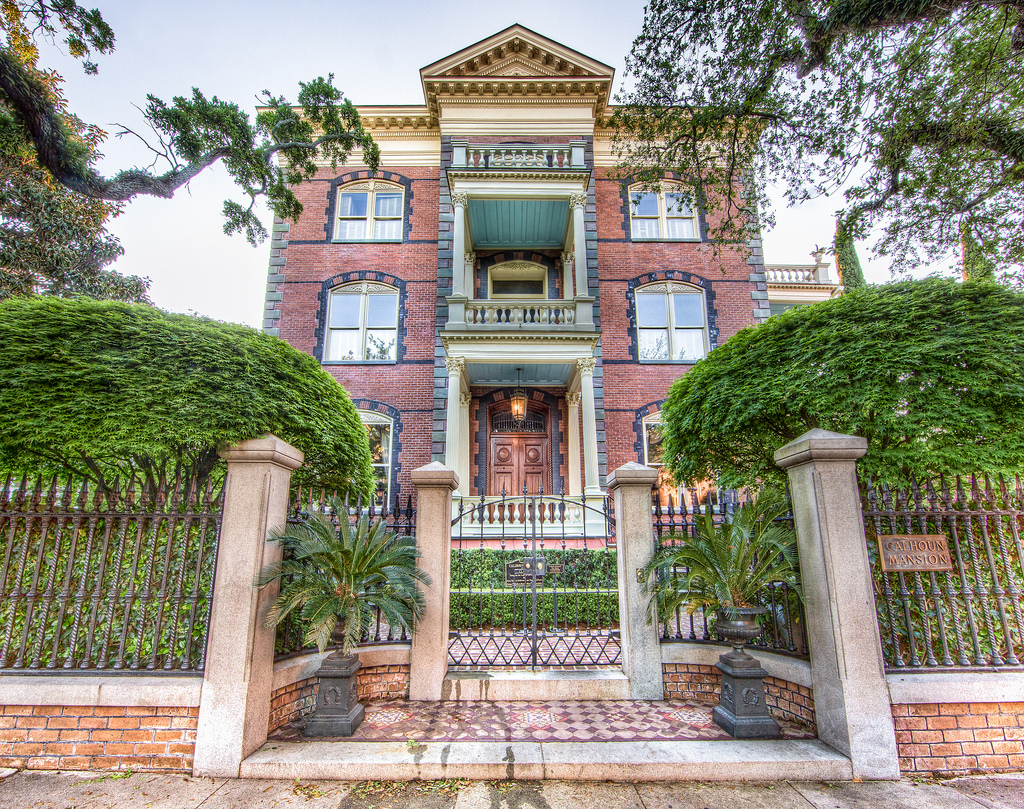 Built in 1876, this famous property is considered one of “America’s Castles”. The 35+ room mansion is known as the largest private residence in all of Charleston. The mansion has been restored to its original condition by a Charleston resident who spent 25 years and $5,000,000 restoring it. The Calhoun mansion is now open to the public for tours and viewing.