Although it is no longer used for its original purpose, the Old City Hall building remains an important landmark in Key West. It was constructed in 1892 and served as the seat of city government until 1965. Today it houses the Key West Chamber of Commerce and a visitors center, and is managed by the Historic Florida Keys Foundation. The brick building features a bell and clock tower, arched windows, and a large granite staircase. The second floor room has two-hundred seats and is available to the public for group meetings and presentations.

Old City Hall was built in 1892 and housed the city government until 1965. 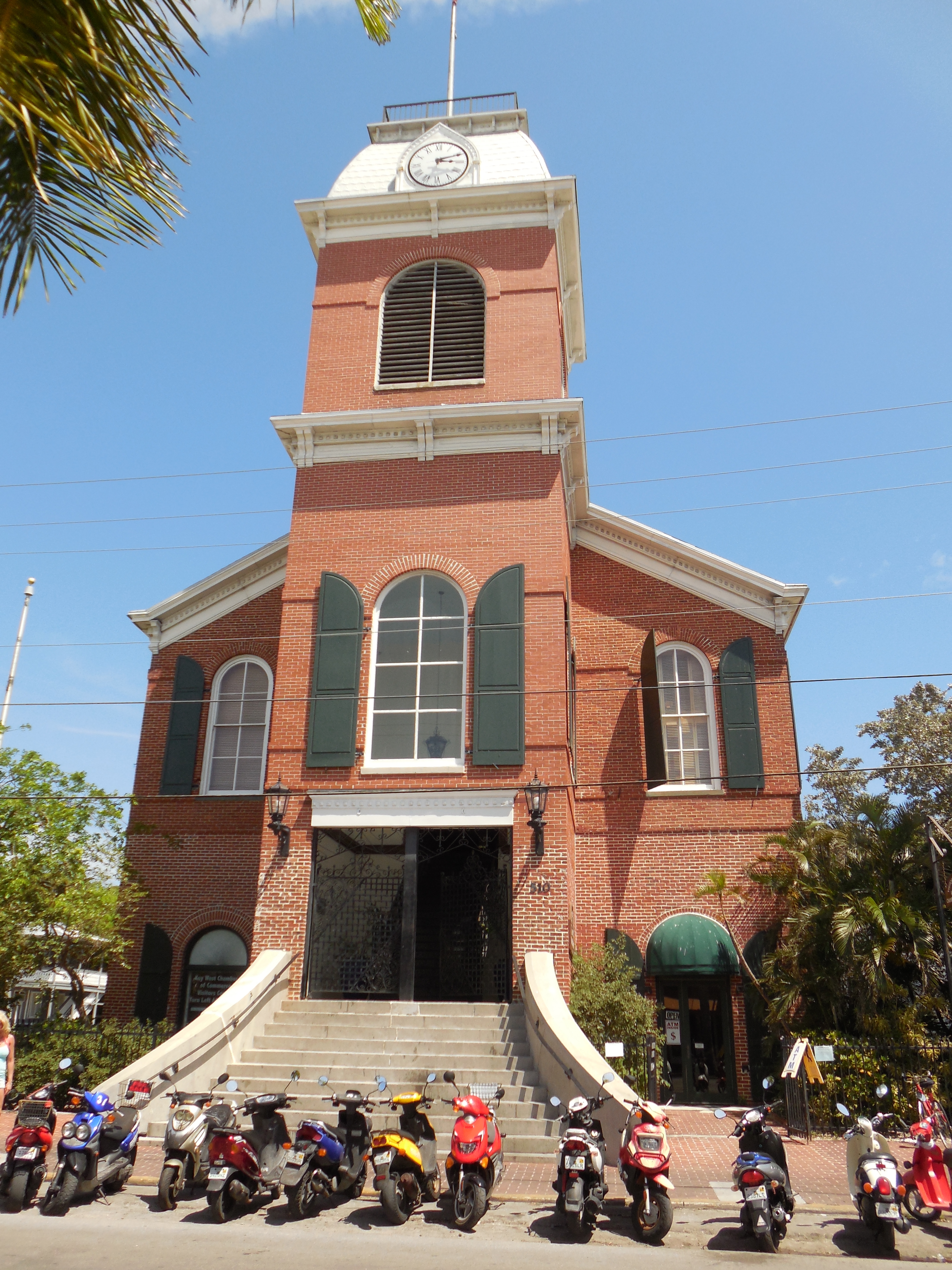 The first city hall was built on this site in 1876. However, it was a wood-frame building and burned down in the 1886 fire that destroyed much of the city. The present building was erected using bricks to prevent it from being destroyed by fire again. The ground floor was used as space for market stalls and then as a parking area for fire trucks. The City Commission chambers and City Offices were located on the second floor. At some point the tower was removed and other changes were made as well.

Monroe County acquired the building in 1965 and used it as the county juvenile court. Ownership of the building was transferred to the state in 1974 and the Historic Florida Keys Preservation Board proceeded to restore it. This included the reconstruction of the tower. Restoration work continued until the building was rededicated in 1991.