William Wall set sail for Key West in 1824 and, like countless others near the island during the 1820s, wrecked his ship. While many Key Western residents profited greatly from obtaining goods from wrecked ships, Wall turned his misfortune into an actual fortune. He decided to stay on the island and, in 1831, created the island's first cigar factory. Not only did he amass a fortune, he set in motion an industry that supported more than 130 cigar factories by 1900. Wall's descendants built the warehouse in 1878 just as Cuban exiles arrived in Key West by the thousands. A few years later, the U.S. Navy purchased the warehouse mostly because if its coal supplies and storage vessels. One of the Navy ships that docked near the warehouse was the infamous U.S.S. Maine that exploded outside of Havana, leading to an outcry, justified or not, that helped push the the U.S. and Spain into war. 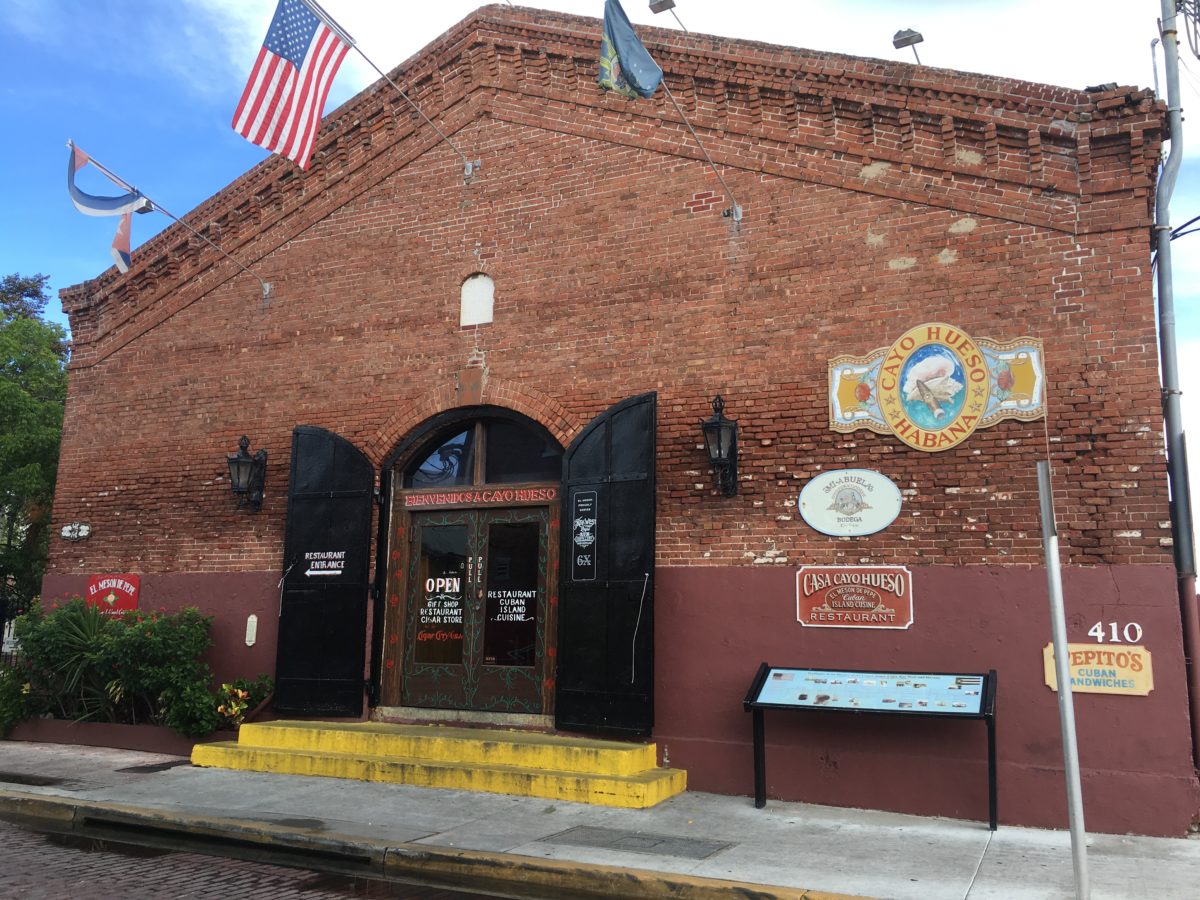 William Wall's descendants built the historic warehouse in 1878, serving the cigar business he created in 1831. Like many who sailed to Key West, Wall wrecked his ship in 1824, but it turned out to be a fortuitous accident. The Keys and nearby Caribbean islands exist as the viewable part of a vast stretch of rock and coral south of the Florida peninsula, most of which lies below the sea. The shallow seas and rocky terrain present hidden dangers to passing ships during the 1820s. Additionally, the strong Gulf Stream and the island's few lighthouses all served as factors that led numerous ships to run aground. After Wall wrecked his boat, he decided to stay on the island, and then he helped pioneer the islands' burgeoning, nineteenth-century cigar industry.

When William Wall sailed for Key West in 1824, only 600 people lived on the island, which had only a few years before that been part of Spain. But, after wrecking his ship, he never left the island and not only witnesses the island's growth but played a significant role in making that so. Wall established the island's first cigar factory, which provided him with immense wealth and helped develop one of the island's principal industries during the nineteenth century.

Wall died in 1866 but his descendants built the warehouse in 1878, one of the Key West's earliest brick buildings. The warehouse construction coincided with a period when Key West's cigar industry grew considerably, mainly because of an influx of Cuban immigrants that fled to Key West during and after the Ten Years' War in Cuba. The combination of exiles and the job opportunities generated by the booming cigar industry helped push Key West's population from 700 in 1840 to 18,000 by 1890. William Wall developed the first factory in 1831, but by 1885 the island supported eighty-six, which expanded further to an astounding 130 by 1890. Nearly 100 million cigars were produced annually in Key West during the 1890s so that by the turn of the century, Key West stood as the nation's largest producer of clear Havana cigars.

Docks and large coal storage bins (or pockets) sat behind the building. Massive steam-powered motors, which traveled along the shipping lines connecting Key West to the world, used the coal. The United States Navy also recognized the need to have coaling stations. Due to the building's strategic location, the Navy acquired the warehouse and converted it into Naval Station #2. The Navy also spent nine years dredgeing Key West's harbor, from 1888 thru 1897, which allowed its fleet to access the waterfront. The fleet included the U.S.S. Maine, whose explosion outside of Spanish-controlled Havana helped push the U.S. to war with Spain in 1898 (evidence shows that Spain's role in the ship's explosion is questionable).

The once-industrial waterfront and coal stations are long gone, leaving a spot known as Mallory Square where tourists regularly catch Key West's famous sunsets. Meanwhile, hundreds of cruise ships filled with tourists park at the docks that once served Navy and cigar ships. Indeed, tourism exists as Key West's most significant industry today. But, the building stands as a reminder of Key West's past, filled with cigar industries, Cuban immigration, and shipwrecks.